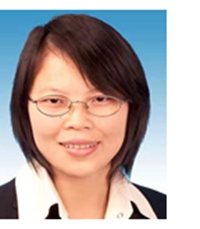 On March 15, the Second Session of the 13th National People’s Congress, China’s top legislature, adopted the country’s first Foreign Investment Law to promote, protect and manage foreign investment in the changed circumstances. The new law, which will take effect on January 1, 2020, is expected to enhance the confidence of foreign-funded enterprises in China.

The law eliminates the case-by-case approval system and makes fundamental changes to the foreign investment management system, which is expected to promote all-round opening up and bring a legal guarantee for a new open economic system.

It states that foreign investment shall be managed according to the system of pre-establishment national treatment plus a negative list. Government policies supporting enterprise development will apply equally to them and they will be on par with domestic enterprises regarding participation in standardization work and government procurement activity.

The law cracks down on extra-legal curbs on foreign investment. Governments and relevant departments at all levels are required to formulate foreign investment-related regulatory documents in accordance with laws and regulations. There are also provisions that they may not undermine foreign-invested enterprises’ lawful rights or impose obligations in violation of law, and shall not set market entry and exit conditions or interfere or influence foreign-invested enterprises’ normal business activities in violation of law.

In addition, the law stresses improving investment-related services and simplifying management procedures, demonstrating the government’s commitment to creating a fair and equitable market mechanism and providing an open and transparent investment environment.

After it joined the World Trade Organiza-tion in 2001, China focused on developing its legal system in line with international standards and the laws and regulations on foreign investment were amended substantially. Still, the three laws, which will be replaced by the Foreign Investment Law, are not in line with the Company Law and the Contract Law that were amended in 2018.

Since the global financial crisis in 2008, the United States and other developed countries have accelerated negotiations on free trade agreements and come up with new rules of global trade and investment. China needs to restructure the domestic economic system and creates new driving forces through a higher level of opening up as its economy has shifted from high-speed to high-quality growth.

A new round of opening up started in 2013, focusing on establishing pilot free trade zones (FTZs). The China (Shanghai) Pilot FTZ was established the same year and China began to explore a pre-establishment national treatment plus a negative list system for managing foreign investment. After a negative list was implemented in the Shanghai FTZ, which specifies the sectors off-limits to foreign investors, relevant laws on foreign investment management were suspended within the zone for a three-year trial period.

On January 19, 2015, the Ministry of Commerce (MOFCOM) published the draft Foreign Investment Law to solicit public feedback and in the following year, the pre-establishment national treatment plus a negative list system was expanded across China based on the experience of pilot FTZs and trial reforms. In the same year, MOFCOM issued interim policies specifying that foreign-funded enterprises no longer need approval to invest in areas not designated in the negative list.

In June 2018, a shortened negative list for foreign investment came into effect, containing just 48 items, down from the 63 in the previous version. The new negative list, the Special Administrative Measures on Access to Foreign Investment, was jointly released by MOFCOM and the National Development and Reform Commission.

In November 2018, President Xi Jinping gave his assurance at the first China International Import Expo in Shanghai that China will speed up new foreign investment legislation, fully implement the pre-establishment national treatment plus a negative list system and develop a world-class business environment.

As China is shifting from opening up based on the flow of commodities and production factors to liberalization of rules and systems, the case-by-case approval system in the original foreign investment laws fails to meet the needs of the new open economic system and wider opening up. There is a need for a more favorable legal environment for institutional openness. The new law meets that need, creating a more transparent, stable and predictable policy environment for foreign investors.

Global direct investment has shrunk with the rise of trade and investment protectionism. China’s original advantages for attracting investment have been weakened by the rising cost of domestic labor and other factors. Besides, there are higher demands on China’s investment environment, such as opening up more sectors, treating foreign investors on par with domestic enterprises, strengthening the protection of intellectual property rights and banning forced technology transfer.

Faced with these considerations, China has striven to follow international standards by opening up wider, enhancing government services and streamlining approval procedures, and improving its business environment.

According to the World Bank’s Doing Business 2018 report, China’s ranking in the ease-of-doing-business index improved from 78th to 46th last year. Against the sharp decline in global direct investment, China maintained steady growth, with the paid-in amount reaching a record high at $134.97 billion.

In 2018, Singapore accounted for 53.4 percent of the Chinese mainland’s total foreign investment, a year-on-year increase of 10.6 percent. The investment went to industrial parks, including demonstration projects such as the Suzhou Industrial Park in east China’s Jiangsu Province that began as a bilateral project with Singapore, and the Sino-Singapore Tianjin Eco-City in north China. Besides capital, Singapore also exports advanced management expertise to China.

Investment from European Union countries maintained rapid growth. In 2018, their investment amounted to $11.86 billion, up 35 percent year on year.

With China opening up its financial, healthcare and education sectors, British investment registered strong growth with a total value of $3.89 billion, increasing 159.3 percent year on year. Britain has become the fifth largest source of foreign investment for China, improving from ninth place in 2017.

The adoption of the Foreign Investment Law reflects China’s resolve to widen opening up and provide a more fair, open and institutionalized business environment based on the rule of law that favors long-term development of foreign-funded enterprises. Notably, it will promote utilization of high-quality overseas capital, technologies and professionals on a larger scale and give fuller play to resources from the domestic and international markets to ensure steady growth of foreign investment.

You May Like
Graham Allison: How Should China and the U.S. Avoid Thucydides Trap?
South Korea’s Top Adviser: What Role Does China Play in the Korean Peninsula?
Measures to Reduce Corporate Burdens Will Give Boost to China’s Real Economy
Milligan-Whyte: I See China as a Future World Leader
Focus of Diplomacy
Huffington ：Chinese Wisdom has a Huge Contribution to Modern Society
Witnesses to China’s Miracles in the Past 40 Years
Kai-Fu Lee: China Becoming an AI Superpower
Use Wechat scan the qrcode, then share to friend or feed.