On March 8, China’s State Councilor and Foreign Minister Wang Yi met the press on the sidelines of the Second Session of the 13th National People’s Congress. Wang answered 21 questions during the two-hour press conference, reviewing China’s diplomatic performance and the hot issues in 2018. His remarks were a window to China’s diplomatic priorities and political direction.

Sino-U.S. relations were the focus of the press conference. Last year, due to the trade war initiated by the Donald Trump administration, tensions spilled into other fields. The bilateral relationship hit a low rarely seen in the 40 years since the establishment of their diplomatic relations, and became the most sensitive and difficult part of China’s foreign relations.

However, the two countries are aware that neither should cross the bottom line of all-out confrontation and conflict, continuing to make efforts to negotiate and control risks. The trade negotiations have seen tangible results. The U.S. announced it would indefinitely postpone the 25-percent tariff on Chinese goods worth $200 billion it had threatened earlier, and instead vowed to maintain the rate at 10 percent. Exchanges between the two militaries have continued, and Rules for China-U.S. Unplanned Encounters at Sea, as well as the Safety Code of Conduct on China-U.S. Encounters at Sea and in Air were further improved.

However, the danger is not yet over; the trade dispute is not completely resolved. The U.S. remains doubtful about China’s state-owned enterprise reform and its Internet freedom. Also, some U.S. departments have quietly started procedures to decouple China and the U.S. in technical, military and other sensitive areas. They have also tightened checks and restrictions on Chinese citizens participating in exchange programs with the U.S. Such measures directly affect normal development of bilateral ties. 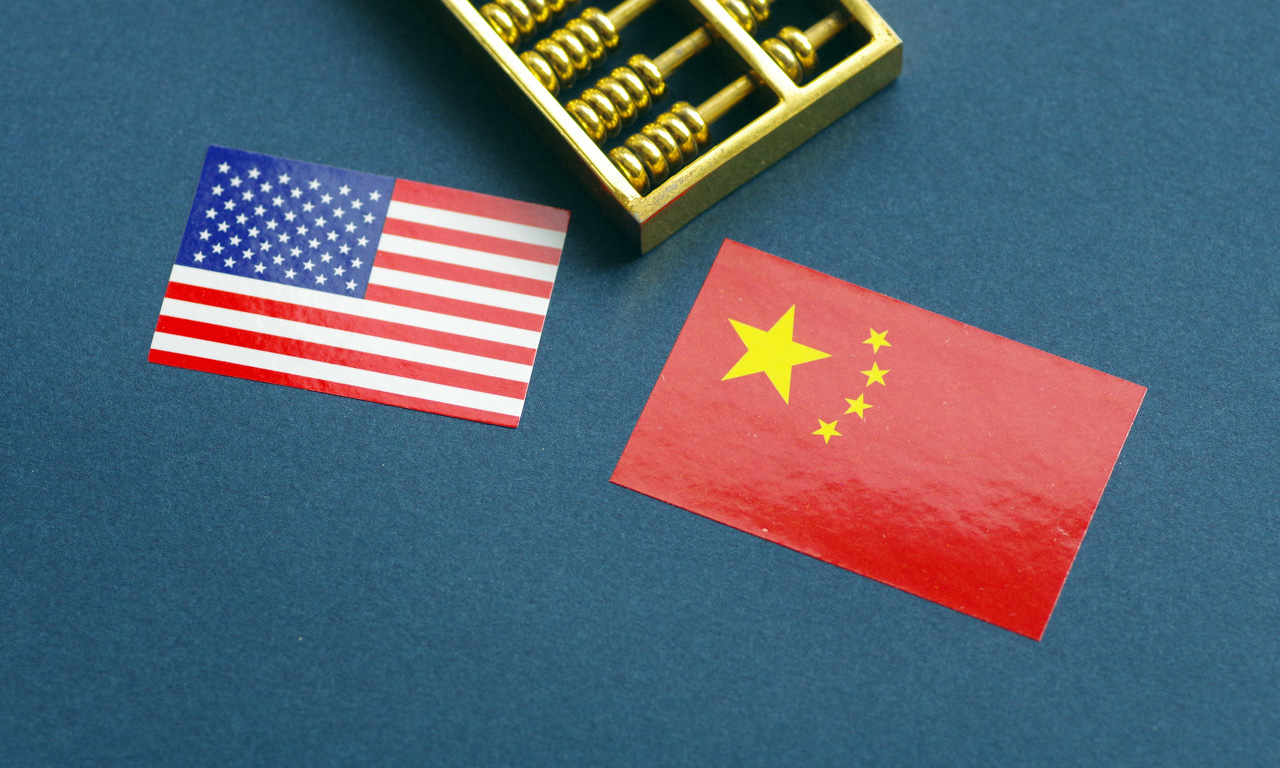 The U.S. has also increased pressure on China and efforts to contain it in terms of strategic security. The so-called strategic competition some U.S. politicians tout as arising between China and the U.S. has become the guiding principle for dealing with China. If this trend continues, there will be no winners.

Expressing his concerns at the press conference, Wang said the most important thing to learn from the past four decades is that both China and the U.S. stand to “gain from cooperation and lose from confrontation. We must stay the course without any doubts,” he said.

Wang reiterated China’s understanding of the consensus reached by the presidents of the two countries during the G20 Summit in Buenos Aires, Argentina last December that the two countries would work together to build a relationship based on coordination, cooperation and stability. He also stressed that while competition is normal in international relations, “exaggerating competition out of all proportion would squeeze the space for cooperation. The right attitude is to focus on expanding cooperation.”

Wang also pointed out that while some people wish to decouple the Chinese and U.S. economies, decoupling from China would mean decoupling from opportunities, from the future and even from the world.

Many of the questions at the press conference were on China’s relations with its neighboring countries. Wang said good neighborly diplomacy was fundamental to China’s overall foreign policy. China has prioritized this diplomacy since the stability of neighboring areas concerns its national security and is its most important external interest. China’s surrounding areas, from the Korean Peninsula and the South China Sea to the India-Pakistan border and Afghanistan, are all undergoing complex changes. Last year, China’s diplomacy went through an important period of adjustment, during which neighborhood diplomacy was emphasized and stability in the region pursued.

China improved ties with Japan and high-level exchanges resumed. There will be other windows of opportunity to improve the bilateral ties with Japan set to host the G20 Summit this year and the Olympic Summer Games 2020 in Tokyo. Wang said China and Japan are still in the early stage of improving relations. They must match their actions to their words and adopt an honest attitude toward history and an objective view of reality. They should also take more steps in the right direction.

About these issues, Wang said a dual-track approach is the right way forward, meaning the countries directly concerned settling their specific disputes through negotiations, while China and ASEAN members work together to uphold regional stability. The countries in the region should grasp the key to peace and stability in the South China Sea in their own hands, he said.

Territorial disputes and the strategic suspicion between China and India were also successfully controlled. President Xi Jinping stressed forging a close partnership with India during his informal meeting with Indian Prime Minister Narendra Modi. The priority now, Wang said, is to see that the strategic understanding between the two leaders trickle down to the people. China will work with India to strengthen sectoral cooperation, particularly people-to-people ties, so that “our friendship and cooperation will surge ahead like the Yangtze and the Ganges rivers, giving strong and sustained impetus to our relationship,” he said.

With this year marking the centenary of Afghanistan’s independence, Wang said China would continue to do its best for reconciliation and reconstruction in Afghanistan.

China and Russia, as each other’s largest neighbor and global partner, supported one another on many issues in 2018 and their relations continued to be at their historical best. Wang stressed the importance of strengthening Sino-Russian strategic coordination and jointly maintaining international strategic security. “When China and Russia stand together, the world will be a safer, more peaceful and stable place,” he said.

However, the second summit between Trump and DPRK leader Kim Jong Un in Viet Nam in February ended without any agreement on the denuclearization of the Korean Peninsula, prompting international concern about its future.

Wang said China’s stance is that as the nuclear issue has dragged on for decades and factors have become complicated, it can’t be solved overnight. All parties need to have reasonable expectations. They should jointly work out a general roadmap for denuclearization and the establishment of a peace regime.

Based on the roadmap, they should identify specific, interlinked and mutually reinforcing steps in a phased and synchronized fashion. Then the easier steps should be undertaken first, monitored in a way agreed to by all parties. Wang stressed that China supports the DPRK’s new national strategy and greater focus on economic growth and better livelihood.

While economic globalization is advancing, there are deficits in the global governance system and the anti-globalization trend is rising, disturbing the global trade and economic order as well as the global system. Wang stated China’s support for multilateralism. “We should help each other as passengers in the same boat,” he said. 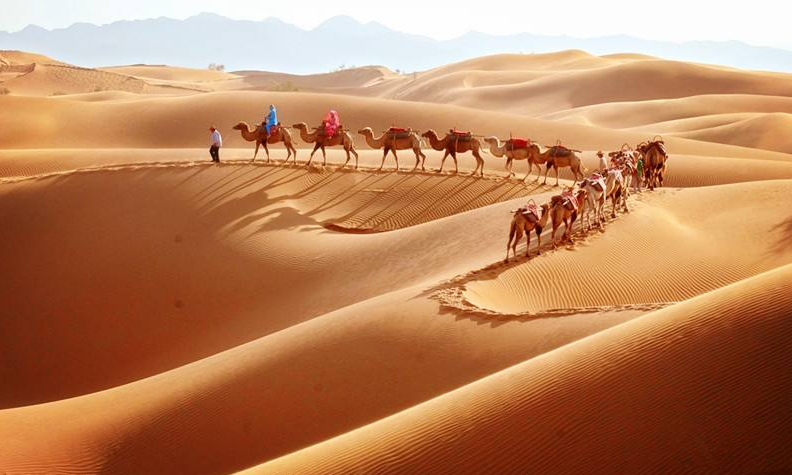 China has continued to play a constructive role as a responsible major country. By providing new public goods such as the Belt and Road Initiative and the Asian Infrastructure Investment Bank, it has promoted a balanced and inclusive development of the global economy and reform and innovation of the global governance system.

Regarding the suspicion in some quarters about the Belt and Road Initiative, Wang said it was neither a “debt trap” nor China’s geopolitical tool for dominance. Though the concept originated in China, its benefits are shared by the world.

The second Belt and Road Forum for International Cooperation (BRF) will be held in Beijing in April, the most important diplomatic event China will host this year. Wang said the second BRF will aim at high-quality cooperation under the Belt and Road Initiative.

You May Like
Bernardo Cabot: Hotels must learn fast and adjust to the new reality in the pandemic
China’s Success in Fighting COVID-19 should be an Eye-Opener for the West
The Potential Role of China in Advancing the COVID-19 Policy Framework
The Forgotten Ally: China’s Unsung Role in World War II
How the Coronavirus Situation Changed
The Recipe of China’s Massive Economic Rebound
International Networks Can Bring Benefits and Collaboration to the Coronavirus-Torn World
Scientists of U.S. pharmaceuticals debunk lies spread by U.S. politicians
Use Wechat scan the qrcode, then share to friend or feed.