South Korea’s Top Adviser: What Role Does China Play in the Korean Peninsula?

China has played a very, very crucial role in facilitating the participation of the North Korean leader in dialogue and negotiation, and in pursuing denuclearization.

To discuss these issues and more, China Focus secured an exclusive interview with Moon Chung-in, the special security adviser to ROK President Moon Jae-in, who analyzed and deciphered the complexities of the Peninsula situation and gave us a glimpse of the future of the Peninsula.

Holding a post as a professor of political science at Yonsei University, Moon Chung-in has also worked for several American universities, making him an old hand in the fields of both US diplomacy and DPRK affairs. Not long after Moon Jae-in took office in May 2017, Moon Chung-in was nominated special security adviser to the president, taking charge of issues including unification, diplomacy and security affairs. Moon Chung-in is also considered to be the brain behind the curtain who facilitates summits between Moon Jae-in and Kim Jong-un, and the go-between who made the first summit between the U.S. President Donald Trump and Kim Jong-un in Singapore possible.

Moon Chung-in has consistently given both startling and poignant statements when it comes to peninsula issues. In this exclusive interview, we will have a chance to learn his thoughts on China’s role in resolving US-DPRK issues, and the biggest development challenges that China and ROK face, respectively.

Is the Korean Peninsula Safe?

“The year 2017 was a year of crisis, chaos, and anxiety,” Moon recalled. “North Korea test-launched 11 ballistic missiles. It also conducted its sixth nuclear test, this time testing a hydrogen bomb. The West was concerned. But in 2018, there was a great reversal. President Moon Jae-in met Chairman Kim Jong-un three times.” 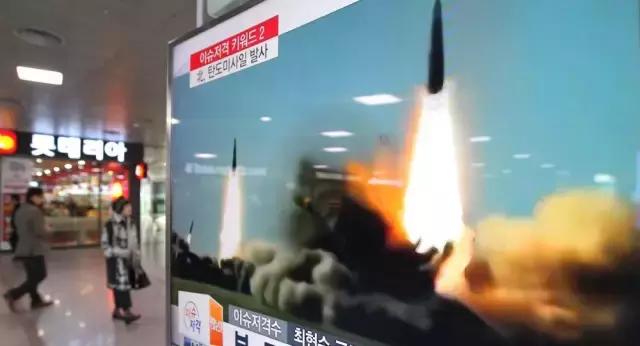 But when discussing the current situation on the Korean Peninsula, Moon agrees that there are still many obstacles to be overcome. Now, the United States remains very, very firm on North Korea. The stated American position is that there will be no relaxation of sanctions against North Korea without complete denuclearization. North Korea cannot make such concessions and accept this proposal, so there is a kind of stalemate between Pyongyang and Washington. Moon added that hopefully with the help of the Chinese government, or even the Russian government, there can be a breakthrough.

What Has been China’s Role in the Peninsula Peace Process?

“China has played a very, very crucial role in facilitating the participation of the North Korean leader in dialogue and negotiation, and in pursuing denuclearization,” Moon said of China’s contribution to maintaining peace on the Korean Peninsula. He emphasized that without Chinese efforts, such progress would not have been possible.

With regards to the China-South Korea relationship, Moon said that the two countries have been cooperating very closely. Their first common agenda is how to denuclearize Korea and promote peace in Korea. And obviously China wants the THAAD missile system deployed in Korea to be disassembled, and if there is no missile threat coming from North Korea, there will be very little justification to continue the system’s deployment in South Korea. Moon said that the removal of the THAAD system would be an indication of real cooperation between Beijing and Seoul.

What Progress Do You Hope to Be Made in Future?

The first thing Moon thinks of is the summit between President Trump and Chairman Kim Jong-un, and the second is that Kim Jong-un should pay a visit to Seoul. Moon added that he hopes there can be an end of war declaration on the Korean Peninsula and further progress toward a peaceful regional agreement.

“At the same time, we can make progress in the denuclearization of North Korea,” Moon said. “That is really what I want in the year 2019.” Hopefully, there remains a good chance that the U.S. and DPRK leaders will meet again this year, otherwise, there will be no progress towards the peace and denuclearization of Korea, he added.

You May Like
Graham Allison: How Should China and the U.S. Avoid Thucydides Trap?
Measures to Reduce Corporate Burdens Will Give Boost to China’s Real Economy
An Institutionalized Guarantee
Milligan-Whyte: I See China as a Future World Leader
Focus of Diplomacy
Huffington ：Chinese Wisdom has a Huge Contribution to Modern Society
Witnesses to China’s Miracles in the Past 40 Years
Kai-Fu Lee: China Becoming an AI Superpower
Use Wechat scan the qrcode, then share to friend or feed.