The State of the Economy

With China’s political season approaching, how is the economy performing?

When China’s top lawmakers and political advisers convene their annual sessions in Beijing in March, the economy will be at the top of their agenda. The events, officially known as the sessions of the National People’s Congress and the National Committee of the Chinese People’s Political Consultative Conference, are where issues of national importance are deliberated and decided upon. Indeed, China’s economic health has been in the spotlight of late. Major concerns include a lack of growth impetus, the stability of growth and the future of economic development.

An interpretation of China’s 2018 macroeconomic data helps put matters into perspective. It shows China’s economy has maintained largely tempered growth and made progress in transforming from a high-speed growth model to high-quality development. China has taken important measures to deepen domestic reform and further open itself to foreign investment and trade. The country is making bold steps to achieving its long-term goals. 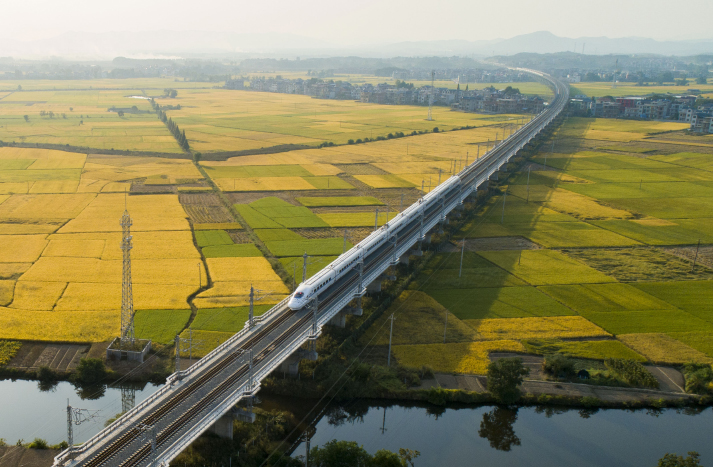 In 2018, China’s GDP was approximately 90 trillion yuan ($13.3 trillion), an increase of 6.6 percent from the previous year, achieving the set target of around 6.5 percent.

Although growth slowed slightly in 2018, intrinsic growth drivers were further strengthened and consumption became a crucial pillar for economic development. Consumption accounted for 76.2 percent of China’s GDP growth in 2018, up 18.6 percentage points over the previous year. The structure of consumption was enhanced and the trend of consumption upgrading continued.

The industrial structure optimized as new growth drivers account for a bigger portion of China’s economy. This, in turn, stimulated relevant industries. For instance, the information transmission, software and information technology service industry, the leasing and business services industry, and the transportation, storage and post industry increased by 30.7 percent, 8.9 percent and 8.1 percent, respectively, in 2018. The three industries helped drive the growth of GDP by 1.7 percent, 0.4 percentage points higher than in 2017.

Aside from relatively stable economic development, China’s consumer price index (CPI) increased by 2.1 percent last year, in line with the trend of moderate growth since 2012. The core CPI, which excludes food and energy prices, went up by 1.9 percent, down 0.3 percentage points from 2017. The producer price index went up by 3.5 percent year on year, down from the previous year.

By the end of 2018, urban employment in China reached 434.19 million, 9.57 million higher than in 2017. The monthly surveyed urban unemployment rates, which cover rural migrant workers and other permanent urban residents, stayed between 4.8 percent and 5.1 percent, mostly on par with the previous year.

Residents’ per-capita disposable income in 2018 was 28,228 yuan ($4,176), a nominal growth of 8.7 percent, or a real increase of 6.5 percent after deducting price factors, year on year. The real growth of per-capita GDP reached 6.1 percent. This shows that income growth is essentially in sync with economic growth.

As proposed at the 19th National Congress of the Communist Party of China in 2017, China’s economy has been transitioning from a phase of “rapid growth” to a stage of “high-quality” development. The country’s economic performance in 2018 exemplified this transition, with stable growth and structural optimization.

Reform and Opening up

China has made remarkable achievements on the road to development since it launched its reform and opening-up program in 1978. Its GDP has doubled every eight years on average. The country has evolved to become the world’s second largest economy, largest manufacturer, largest goods trader, second largest consumer market and second largest foreign direct investment destination.

At the same time, great challenges lie ahead for China. The huge dividend yielded at the beginning of reform and opening up has diminished. Manufacturing faces rising costs and difficulties in technological innovation, and anti-globalization and protectionist politics are causing external uncertainties for China’s development. Mounting pressures on resources and the environment also restrain the healthy growth of the Chinese economy.

In April 2018, President Xi Jinping delivered a keynote speech at the opening of the Boao Forum for Asia annual conference, where he said, “China’s door will not be closed and will only open even wider.” Against the backdrop of profound transformations in the international environment, China will continue to adhere to its fundamental national policy of reform and opening up as it pursues further development.

The Belt and Road Initiative, put forward by China in 2013 with the aim of enhancing connectivity along and beyond the routes of the ancient Silk Road, has unleashed new opportunities. China has since built closer economic and trade ties with multiple participating countries. It has also made steady progress in negotiating free trade agreements. Foreign trade has achieved more balanced development, a sign that its doors are opening wider to the world.

All of this aims to improve quality and efficiency. Looking at the history of world economic development, we know that high growth rates cannot last forever. Many economic powers have entered a period of long-term low growth after a truncated economic boom. However, a low growth rate does not indicate a deteriorating economy; instead, it signifies high-quality, competitive growth. So long as employment rates remain stable, there is no need to fetishize ever-increasing GDP figures.

The author is a researcher with the National Academy of Development and Strategy, Renmin University of China (RUC), and a professor at the RUC School of Economics