Commencing 26th June,2018，Beijing hosted the newly established China-Africa Defense and Security Forum.  The forum has attracted an enormous group of delegations from 50 of the 54 African nations.

Commencing 26th June,2018，Beijing hosted the newly established China-Africa Defense and Security Forum.  The forum has attracted an enormous group of delegations from 50 of the 54 African nations.  With the theme of “work hand in hand and help each other”, the forum, organised by China’s Ministry of National Defense, will run until 10th July. Also in attendance are 12 chiefs and deputy chiefs of general staff from Sierra Leone, South Sudan and other countries, as well as the Defense Department of African Union.

The agenda covers a wide range of hot topics, including security situation in Africa, China-Africa defense and security cooperation, China-Africa military in the new era, and the Belt and Road Initiative, with some discussions focusing on further visits by the Chinese Army, Navy and Air Force. 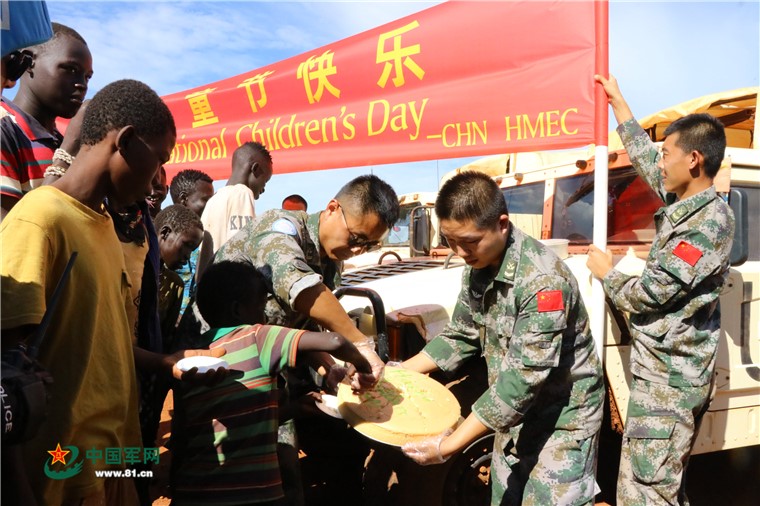 No Hegemonism in Sino-Africa Security Cooperation

Enhancing defense and security cooperation between China and Africa is beneficial to African security, world peace and general safety.   However, various China detractors, both media and individuals, have presented China’s activities as a type of hegemonism.

At the end of 2014, when China announced it would help the African Union to build a rapid response force in order to face various types of security crisis, rumors spread that China was establishing a new style of hegemonism.  In July of 2018, rumors grew more rampant when it was announced that China planned to build a logistics support base for the Chinese People’s Liberation Army in Djibouti.

Unfortunately，none of the sensationalistic journalism from certain media has highlighted the fact that China had started discussing such cooperative ventures as early as 2006.  Promoting African peace and stability and enhancing China-Africa cooperation for wider security have long been prominent issues on China’s international political agenda.  In 2006, China issued its ‘African Policy’, a document that carefully elaborated on how the government would work with African countries for security and peace.

In 2012, the Beijing Declaration of the Fifth Ministerial Conference of the Forum on China-Africa Cooperation was released, which proposed for the first time to enhance the China-Africa security cooperation, one of the five important China-Africa cooperation fields, and the other four are investment and financing, aid and livelihood, African integration and Sino-African folk communication.

In May, 2014, during his visit to Africa, Chinese Premier Li Keqiang put Sino-Africa security cooperation into a list of six programmes for future China-Africa cooperation.  The other five programmes being ‘industrial cooperation’, ‘financial cooperation’, ‘poverty reduction’ and ‘environmental protection’.   Li spoke openly about the cooperation initiative between China and Africa, detailing how China would help certain African nations build their armies for rapid response as well as general hardware support for detecting terrorist and pirate activities.   Finally, China would enhance its cooperation with Africa in personnel training, information sharing and joint military drills and training.

The Long Fight Against Terrorism and the Build-up of Peace

In recent years Africa has experienced a miraculous resurgence, but this has also resulted in new challenges; the most crucial – peace and security.  China-Africa defense and security cooperation will benefit countries which invest and run businesses in Africa, including China and the US.  This can only result in even greater peace, which of course, benefits the entire African continent.

On the surface, China is offering and delivering almost immediate assistance to various African nations in terms of improving security capability.  But the resulting stability is a win-win situation, improving the investment environment for Africa, China and the US.

Turbulence in North African countries and the civil war in Libya have resulted in more negative effects for the region, including an increase in terrorist attacks. However, Westerners and Western companies are usually the main victims, such as the 2013 Algerian gas field hostage incident, and – in the same year – the Kenyan shopping mall attack.

With more extremists gravitating towards Al-Qaeda in the Islamic Maghtreb (based in the Sahelian region of Africa; its terrorist activities cover Algeria, Mali, Mauritania, and Niger), Al-Shabaab in Somalia and Boko Haram in Nigeria (the group is responsible for a series of suicide bombings including the August 2011 Nigerian UN Building), counter-Jihad and anti-terrorism activities in Africa have greatly expanded .

Over 90% of the peace and security activities in the African Union depend on financial support from the European Union and the United States.  The global war against terrorism requires the participation of African rapid response forces.  China’s assistance to existing African armies –particularly their rapid response forces – as well as other peacekeeping activities, shows that China is acting as a responsible global citizen, and can equally share responsibilities with the EU and the US.

In conclusion, the help in upgrading African security capability is the common aspiration of the international community, benefiting Africa and the rest of the world.

He Wenping, senior researcher for the Charhar Institute and researcher in the Institute of West-Asian and African Studies at the Chinese Academy of Social Sciences

He Wenping, senior researcher of The Charhar Institute, researcher of Institute of West-Asian and African Studies, Chinese Academy of Social Sciences
Fighting COVID-19 Requires International Cooperation
Africa Takes a Leap Forward: “the Belt and Road” and Africa’s Development
Faster Integration is the Only Path to the Rejuvenation of Africa
Use Wechat scan the qrcode, then share to friend or feed.