China-US 3rd Round Trade Consultation: “No Trade War”is the Pre-condition

China and the US, the world’s two biggest economic entities, had a third round of trade consultation on June 2-3.

China and the US, the world’s two biggest economic entities, had a third round of trade consultation on June 2-3.

The Chinese team, led by Liu He, the vice Premier of China and the leader of China-US trade consultation, had a positive discussion on a number of issues covering agriculture, energy, and other areas with the US team led by US Secretary of Commerce Wilbur Ross at Diaoyutai State Guesthouse, Beijing.

Before the talks, China and the US had announced a joint statement to end trade hostilities during the 2nd round of negotiations held in Washington. However, just ten days after the statement (on May 29), the White House unexpectedly announced that it would levy a tariff of 25% on Chinese products worth 50 billion USD. After reaching an agreed framework and a statement to suspend the trade war, the abrupt declaration of the White House reflects the changeable and complex attitude of the US government. 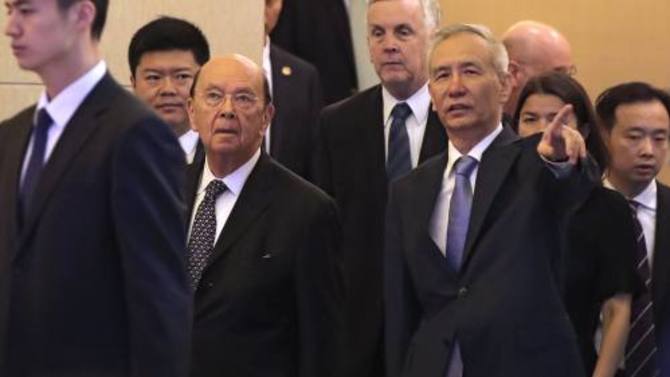 China declared in a statement at the latest negotiations on June 3 that to put the consensus reached in Washington into practice, China and the US have exchanged views on the fields of agriculture and energy, and have achieved positive and concrete progress. Related details would still be subject to final confirmation. China also emphasized that its attitude has always been consistent. In order to meet its people’s increasing expectations of a better life and the requirements of high-quality economic development, China is willing to increase imports from countries all over the world, including the US. This is of benefit to people from both countries and also the rest of the world. Reform and Opening up, and expanding domestic demand are national strategies for China, and the set pace of China’s development remains unchanged.

What can be Understood from this Statement?

The statement manifests the sincerity of China’s hope to settle China-US trade friction through cooperative, mutual beneficial and constructive negotiations and dialogue with mutual respect. China is working proactively to put the consensus reached in Washington into effect, and to promote and deepen cooperation in fields including agriculture and energy.

China is confident about meeting its people’s increasing expectations for a better life and promoting its economy by continuing reform and opening up and expanding domestic demand. Its confidence reflects its faith in driving development to the benefit of China and the rest of the world through reform and opening up.

If the US once again goes against its word by taking unilateral actions, including tariffs, China as a major country with due responsibilities will certainly take counter-measures.

The last sentence of the statement clearly states that China will abide by the consensus and act in accordance with the spirit of the joint statement. At the same time, China wishes that the US will do the same by sticking to the consensus and meeting its commitments.

It also makes clear that China has made preparations for any uncertainty in Trump’s foreign policies which might be influenced by complex factors.

China’s proactive efforts are not unconditional. If the US fails to meet its promises, China will respond accordingly.

Compared with the previous statement, this one pushes matters a step forward. It is a continuation of the previous talks but places more emphasis on China’s hope of settling current disputes and improving China-US trade cooperation through dialogue.

(Based on CM Interview to the Expert)

You May Like
The U.S. Is a Serial Human Rights Abuser
Delist to D-List?
Veni? Yes. Vidi? Yes. Vici? No
A Close-up Look at New Trends in China-U.S.-EU Relations
Regional Prosperity Must Trump US Power Politics
Reconsidering the U.S. Narrative
​Alliance Politics Will Destroy Regional Stability and Prosperity
China Should Hold Its Own in Face of Shifting U.S. Policy: Expert
Use Wechat scan the qrcode, then share to friend or feed.