President Xi Jinping delivers a keynote speech at the 2018 Beijing Summit of the Forum on China-Africa Cooperation in Beijing on Monday.

Here are the highlights: 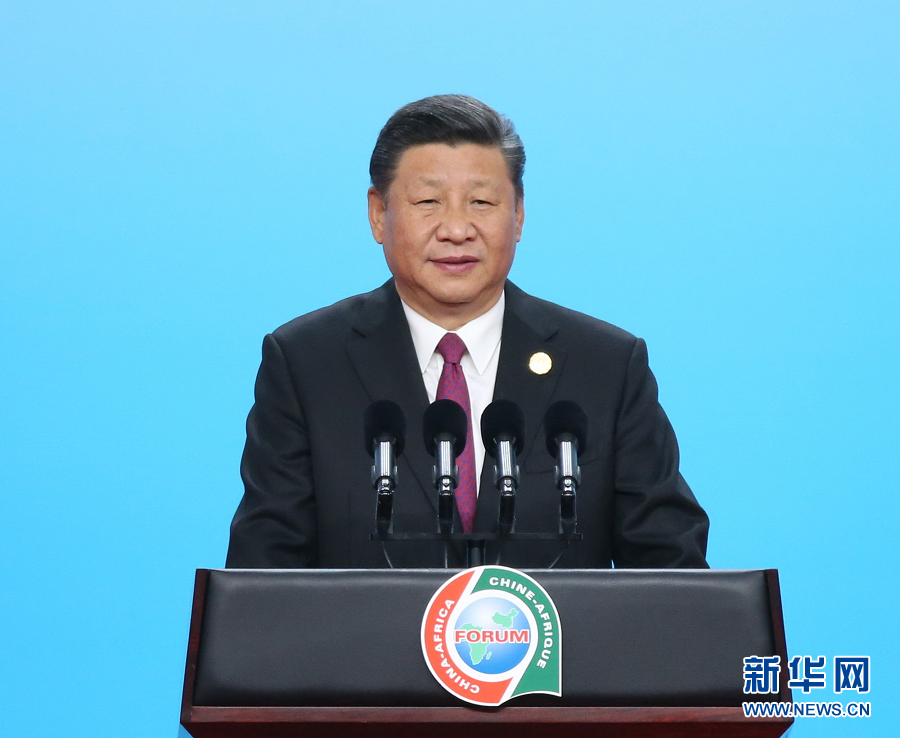 Δ President Xi Jinping speaks at a high-level dialogue between Chinese and African leaders and business representatives at the National Convention Center in Beijing, Sept 3, 2018. [Photo by Zou Hong/chinadaily.com.cn]

Xi said China and Africa have embarked on a distinctive path of win-win cooperation.

Africa’s development has great potential and the continent is full of hope. The China-Africa friendship and cooperation have broad vistas, and China and Africa can forge an even stronger comprehensive strategic and cooperative partnership, Xi said.

China values sincerity, friendship and equality in pursuing cooperation. Over 1.3 billion Chinese people have partnered with the over 1.2 billion African people in pursuing a shared future, he said.

China pursues common interests and puts friendship first in cooperation. China believes the sure way to boost China-Africa cooperation is for both sides to leverage their respective strengths and for China to complement Africa’s development through its own growth, and for both sides to pursue win-win cooperation and common development, Xi said. “No one can hold back the Chinese or African people as we march toward rejuvenation.”

China takes a people-oriented approach in pursuing practical cooperation with efficiency. With top priority given to the interests of the Chinese and African peoples, China advances its cooperation with Africa to improve the wellbeing of Chinese and African peoples and deliver more benefits to them. “We will fully honor the promises we have made to our African brothers,” Xi said. “No one could, out of imagination or assumption, deny the remarkable achievements made in China-Africa cooperation.”

Xi said China will resolutely safeguard an open world economy and the multilateral trade system, while rejecting protectionism and unilateralism.

Facing uncertainty and unpredictability in global growth, China will remain committed to opening-up and grow an open economy for win-win cooperation, Xi said.

“Any one who isolates himself on an island has no future,” said Xi.

Xi reiterated the country’s commitments to peace and development, which are “the call of the times.”

“China takes as its mission making new and even greater contribution to mankind,” Xi said.

He added China is ready to work with international partners in building the Belt and Road.

Moreover, China will remain committed to opening-up, according to Xi.

“We firmly believe that peace and development are the theme and the call of the times,” Xi said, urging the international community to respond to that call with solidarity, wisdom, courage and a sense of mission.