In 2020, China should adhere to the new development concepts and the orientation of high-quality development while paying more attention to stability instead of GDP growth. 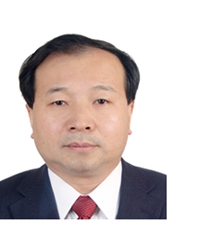 China realized sound and stable economic growth despite complicated internal and external changes in 2019, the 70th anniversary of the founding of the People’s Republic of China and a crucial year in the country’s efforts to achieve the first Centenary Goal of building a moderately prosperous society in all respects. In the first three quarters, the GDP grew by 6.2 percent year on year and is expected to be about 6.1 percent in total, accomplishing the projection of 6-6.5 percent growth for the year.

In 2020, the economy will still face downward pressure, but there will also be significant development opportunities despite some risks. GDP growth is likely to be about 6 percent, and the economy will remain in a reasonable range to ensure the targets set in the 13th Five-Year Plan (2016-20) are met.

The trend of the global economy turned toward a synchronized slowdown in 2019 from a synchronized recovery the previous year. Major world economies reversed their monetary policy tools from interest rate hikes and balance sheet shrinking to interest rate cuts and quantitative easing. Trade frictions kept cropping up, protectionism grew fiercer, and Brexit, geopolitical events and rising populism in many countries imposed more severe risks and challenges on the global economy. The growth rate of the Chinese economy decreased quarter by quarter, intensifying the downward pressure.

Meanwhile, the Chinese Government has adopted policies to ensure the stability of employment, finance, foreign trade, foreign investment, investment and growth expectations, and has strengthened countercyclical regulation efforts, successfully maintaining the national economy in a reasonable range. In 2019, supply-side structural reform continued to progress. Next year will be the end of the 13th Five-Year Plan, which has been crucial in realizing the target of doubling the GDP and per-capita income in 2010. In addition, China also aims to escape the middle income trap. To achieve these goals, it is necessary to maintain an appropriate growth rate in 2020. They can actually be reached as long as the GDP growth rate is 5.6-5.7 percent, which will not be difficult, since it is expected to be about 6 percent in 2020.

However, there will be some risks in economic growth for 2020. Uncertainties related to Sino-U.S. trade friction will affect China’s exports and its market confidence; the room for tax and fee reductions is getting smaller, reducing the effectiveness of countercyclical regulation efforts.

At the same time, the economy faces great opportunities, some brought about by economic openness. As world economies ease their monetary policies through interest cuts and other means, an increasing amount of international capital will flow into China, which will help improve the country’s liquidity and corporate financing. As the Belt and Road Initiative becomes more effective, China will become an investment haven of the global financial market. Recently, China and the United States announced new progress in trade talks, stating that they have agreed on the text of a phase-one economic and trade agreement. This will have a positive effect on the economy.

China’s consumption and investment markets also have great potential. In the vast domestic market, various new consumption forces are emerging, and further tapping into this potential will help consolidate the fundamental role of consumption in stimulating economic growth. In particular, new consumption in the fields of tourism, culture, education, elderly care and automobiles is soaring.

Because there is a stable financial market, it is less likely that serious financial risks will occur. In the past year, employment in China remained steady; financing of the real economy improved, with the proportion of mid- and long-term and inclusive loans rising. By the end of the third quarter of 2019, the balance of inclusive loans granted by major financial institutions in China was 16.99 trillion yuan ($2.43 trillion), increasing by 16.8 percent year on year, further relieving the financing difficulties among small and medium-sized enterprises.

In 2020, China should adhere to the new development concepts and the orientation of high-quality development while paying more attention to stability instead of GDP growth.

First, it should follow the general principle of making progress while maintaining stability in order to lay a solid foundation for steady economic growth. Structural improvement must be advanced and the transition of economic engines should be completed to improve the quality and efficiency of economic growth. New development concepts should be adopted to address problems of unbalanced and insufficient development. Supply-side structural reform should be intensified so that the economy can grow in quality.

Second, China should continue proactive fiscal and prudent monetary policies. In the face of continuing economic downward pressure, the quality and effectiveness of fiscal policies must be enhanced with more structural adjustment efforts. To ensure stable economic growth, the fiscal deficit rate can be appropriately increased to 3 percent or more. Tax and fee cuts and expansion of infrastructure investment will be the two major measures in the implementation of a proactive fiscal policy.

In 2020, monetary policy should be pursued with moderate flexibility to maintain market liquidity at a reasonable and ample level. Considering that the required reserve ratio (RRR) in China is high compared to other countries, Chinese monetary authorities can carry out two or three RRR cuts. They can also use tools such as the loan prime rate and medium-term lending facility to lower interest rates and urge commercial banks to lower deposit costs. They can also introduce new structural monetary policy tools to support the high-quality development of the manufacturing sector.

Third, the country should make full use of the advantages of its huge market for consumption and investment. New growth points should be established in healthcare, education, culture, entertainment, sports and tourism, while 5G wireless networking, the digital economy and new energy vehicles should be vigorously developed. In terms of investment, the government should guide investment toward advanced manufacturing, infrastructure building and the improvement of people’s wellbeing to promote the upgrading of industries and consumption.

Fourth, China should intensify supply-side structural reform to ensure quantitative growth and quality improvement of the economy. In 2020, China should pay more attention to improving industrial chains; advance the upgrading of traditional industries and the integration of industrialization and IT application; and accelerate technology innovation in traditional industries and the development of emerging industries in order to establish an effective supply adaptable to changing demand and build new competitive industry advantages.

Fifth, it should deepen reform and opening up. The key should be improving investment efficiency and tapping into consumption potential via opening up to the outside world and reform inside the country in order to maintain an economic growth rate higher than the world average and a fast-growing domestic demand. It should improve its business environment under the principle of competitive neutrality and strengthen technology innovation and governance capacity to attract more foreign investors. China’s opening up should continue to develop on a larger scale and at a deeper level, so that effective development and better mid- and long-term benefits can be achieved.

The author is chief researcher at the Bank of China