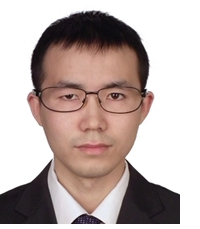 With the years-long U.S.-led hunt for Abu Bakr al-Baghdadi, leader of the terrorist group ISIS, coming to a dramatic end on October 27 with his death in Syria in a U.S. raid, the group has been dealt a blow at a time its influence is waning.

Under Baghdadi, ISIS controlled a vast swath of territory and tens of thousands of fighters. With its self-styled caliphate or Islamic state declared in 2014, it spread in Syria, Iraq, Afghanistan, and parts of Africa and Southeast Asia, unleashing a new wave of violence and barbaric acts around the world.

A U.S.-led coalition destroyed the group’s organization and ousted it from its claimed territory in a two-year campaign, declaring victory over ISIS in March. Baghdadi’s death was the latest coup de grace.

After Baghdadi’s death, the group, underground but still not disbanded, announced Abu Ibrahim al-Hashimi al-Qurayshi as his successor, a shadowy figure about whom even less is known than about Baghdadi. It remains to be seen if the new man will be able to command the loyalty Baghdadi did in the beginning. Joining ISIS has been losing its appeal with reports of hundreds of fighters deserting or being killed or captured.

What will happen to ISIS now? One possibility is it will slip into internal strife. Once a highly centralized and hierarchical administrative system with Baghdadi at the core, exercising absolute authority, ISIS has been dispersed and the cohesion has slackened. The new leader will find it a challenge to claim undivided allegiance.

Another extremist group, Al-Qaeda, from whom ISIS sprang up, might profit from this. ISIS was locked in a fierce battle with Al-Qaeda for leadership of the international jihadist movement, or holy war. Al-Qaeda dismissed Baghdadi’s self-declared caliphate as illegitimate and extremist, and criticized it as being against Islam. Followers of Al-Qaeda cheered online after hearing of Baghdadi’s death. Now some of Baghdadi’s followers might defect to Al-Qaeda. In Syria, the Hayat Tahrir al-Sham, an alliance of militant groups once affiliated to Al-Qaeda, is likely to become the leader of domestic terrorist forces.

While marking a major victory in international counter-terrorism efforts, Baghdadi’s death does not mean ISIS is on its way to extinction. The U.S. Government, military and intelligence departments have all assessed that the group still has the capability to inspire terror attacks around the world, if not actually carry them out itself, and still poses a threat to the international community.

It still has fighters in Iraq and Syria. According to reports released by the UN and U.S. Central Command, there are about 12,000-18,000 fighters in the two countries with another 10,000 under detention. ISIS fighters are still able to move freely in parts of Iraq and Syria and elsewhere and launch attacks to demonstrate that the group can still strike at will. This will undermine public confidence in the local authorities and create the illusion that ISIS has rallied and is staging a comeback.

ISIS had eight so-called provinces in Khorasan, a region in northeast Iran, Nigeria, Libya, Algeria, Egypt, Saudi Arabia, Yemen and the Caucasus. In May it announced new provinces in Pakistan and India. These branches have repeatedly expressed their support for their brethren in Iraq and Syria via videos. With the group’s desire to avenge Baghdadi’s death, there could be retaliatory violence around the world under the new leadership.

Since the September 11 terrorist attacks on the United States in 2001, the international community has failed to fight against terrorism with persistent concerted efforts. One reason is that terrorist forces are expanding, the other is that different countries have different strategic priorities.

Hence they treat terrorism, especially specific terrorist organizations and terrorist incidents involving their own interests, differently, which makes it difficult to mobilize everyone’s strength in addressing the problem.

Some countries tend to be self-centric. While they are ready to counter any threat to themselves and would seek international assistance to maintain their own stability, they are, however, slow to respond to or even ignore other public security risks that do not affect them directly.

Counter-terrorism is regarded as a strategic tool sometimes, and there is double standard on related issues to safeguard national interests. For example, the U.S., with the intention to contain the former Soviet Union, once supported the expansion of Al-Qaeda, and called Osama bin Laden, its leader, a “freedom fighter.”

There is also a mismatch between countries’ ability and willingness to fight terrorism. Though the U.S. and many European countries are capable of doing so, they focus more on domestic security, taking part in counter-terrorism efforts only when their own interests are involved. On the other hand, countries suffering from terrorism, such as Syria, Afghanistan and Libya, are unable to combat the menace. Their lack of resources and inhospitable terrain make it easy for terrorist groups to hide and spread out in these countries.

Though the post-Baghdadi era is an important time for striking at terrorism, yet U.S. President Donald Trump has announced the withdrawal of most U.S. troops from Syria, leaving only about 150 soldiers at a base in south Syria and another few hundreds to protect oil fields in east Syria.

With the withdrawal of U.S. troops, the struggle for dominance in the region might intensify. How to deal with the ensuing security vacuum and prevent ISIS from making a comeback will be a major challenge for the international community.

Matters have been complicated by Turkey launching an offensive against the Kurdish militia, who fought ISIS alongside U.S. troops in Syria. A large number of Kurdish security personnel, who used to guard the prisons where ISIS fighters and their families were held, had to leave for the frontline. Subsequently, several ISIS fighters escaped. That may affect the region’s security one day.

Against this backdrop, how the international community puts aside its prejudices and deepens cooperation to jointly combat ISIS and other terror organizations will be critical for counter-terrorism efforts.

The author is an associate researcher with the Institute of Arms Control and Security Studies, China Institutes of Contemporary International Relations

You May Like
African Startups in China Move Ahead Despite COVID-19 Epidemic
Baseless American Judicialization of COVID-19 Pandemic
Countries Must Fulfill their Sovereign Legislative Duty to Combat Domestic…
Five Key Takeaways from China’s Foreign Minister in 2020
Hong Kong Shall Not Descend into Chaos
A Year for China, a Decade for Any Other Nation!
New Signals from China Instill Confidence in the World
Safeguarding National Security: For a Better Tomorrow in Hong Kong
Use Wechat scan the qrcode, then share to friend or feed.