Instead of waging the blame game, world leaders must set aside ideology and geopolitics, to jointly develop an effective vaccine and to strengthen the global public health system. In an interconnected world, no country is an island. Humankind shares a common destiny!

World Health Organization (WHO) declared the COVID-19 outbreak a pandemic on March 11 as the disease accelerated its spread to all the continents except Antarctica.

The pandemic has since engulfed the world like a tsunami as countries imposed travel restrictions and border closures. According to Johns Hopkins University, the total number of cases has now exceeded 200,000 and more than 8,000 lives were lost globally.

And the figures keep soaring exponentially by the day! 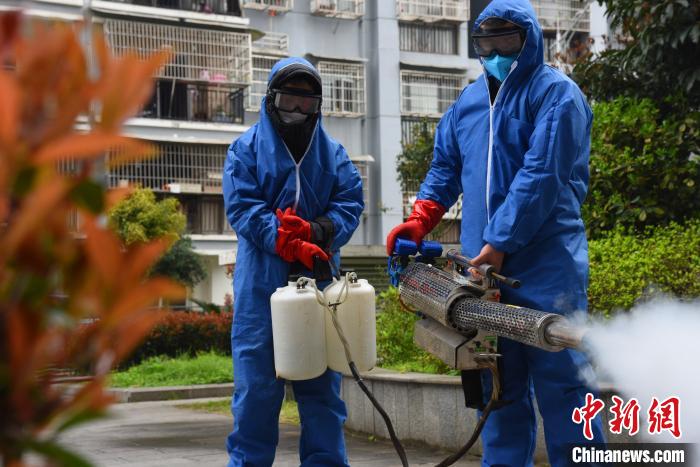 “The number of cases double every three days,” says Jerome Salomon, Head of France’s health service. On March 17, after France closed its borders, EU banned nonessential travel from outside the bloc into its 26 member nations, home to more than 400 million people, for 30 days.

The world is now fighting a war without guns and bullets against a common enemy: the COVID-19 disease, as more countries are placed under lockdown, severely disrupting global travel as well as social-economic activities.

In fact, US President Donald Trump likens himself to a “wartime president”, after initially downplaying the threat of COVID-19. The sudden change in US reaction was apparently prompted by a report from Imperial College London which warned that 2.2 million Americans and 510,000 Britons could die from the pandemic if no strong measures were taken to stem the spread of the virus. On March 13, President Trump declared a national emergency to stem the coronavirus outbreak.

Amid worsening of the COVID-19 outbreak across the world, the Spokesperson for China’s National Health Commission informed a press conference in Beijing that the peak of the novel coronavirus epidemic in the country is over, just hours after WHO characterized the disease as a pandemic. The overall epidemic situation in China is now under control as domestic cases in the country have dropped to a single digit. 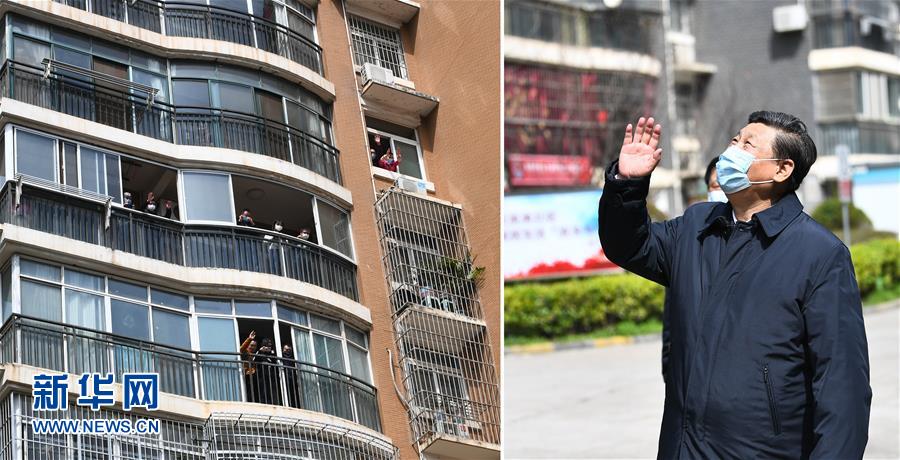 Chinese President Xi Jinping visited Wuhan on March 10. On the same day, the city closed down all the 16 makeshift hospitals, marking the turning point of China’s months-long battle against the virus. It also implicitly sends a message to the world that President Xi has delivered his promise: “China is fully confident and capable of defeating the epidemic”.

In retrospect, China officially announced the outbreak of the novel coronavirus on January 7, 2020 and three days later, released a viral genome sequence for immediate public health support via the community online resource virological.org.

Wuhan, the capital city of Hubei and the rail transportation hub of China with a population of 11 million, was completely locked down on January 23 in an attempt to stem the virus spread. The unprecedented travel ban, which was imposed three days before the traditional Lunar New Year, was particularly painful as this is the most important festival of the year in China when family members return home for reunion

“The outbreak is a major test of China’s system and capacity for governance,” the meeting highlighted. 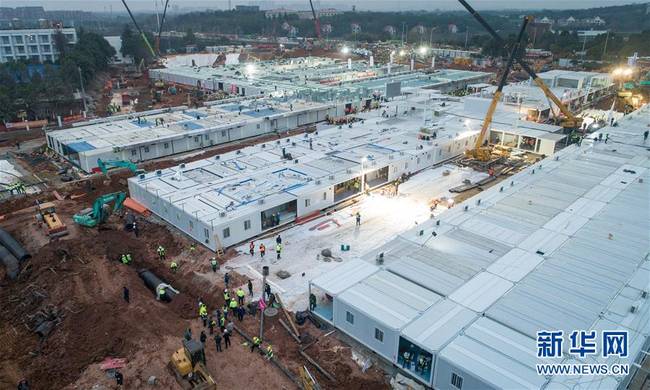 The nation responded with immediate mobilization of its state resources and the people. Two hospitals – Leishenshan and Huoshenshan – which provide more than 2,000 additional beds, were built in 10 days and stadiums were converted into temporary quarantine centers, while more than 40,000 medical staff and volunteers were sent to Wuhan to boost up the local medical team. Meanwhile, food and medical supplies were rushed to Wuhan and other cities hard hit by the epidemic from all over China.

The Chinese people indeed fought with their “blood, toil, sweat and tears” to combat the spread of the virus. China sacrificed the economy of Hubei province to buy time for the world to be better prepared for the virus. As the mobility of the entire population of 1.4 billion people was restricted, its economic activities literally grounded to a halt for weeks.

“Measures in China are incredible, unprecedented, from which we can learn a lot on how this kind of outbreak is handled”, Soumya Swaminathan, Chief Scientist of WHO, commended China’s efforts in containing the virus spread.

“It is clear that there is a massive effort that is made by China in order to contain the disease and avoid its propagation. I think that that effort is remarkable,” says UN Secretary-General Antonio Guterres.

After a visit to China in late February, Bruce Aylward, the team leader of WHO-China Joint Mission on COVID-19, praised China’s handling of the epidemic outbreak. He said the rest of the world should access the expertise of China.

“They know what they’re doing and they’re really, really good at it. If I had COVID-19, I want to be treated in China,” he said.

Lending a hand to others

Though still vigilant of imported cases and wary of second wave attack of COVID-19, China has been unhesitant in sharing its experience and information with the world and donating needy medical supplies to countries hard hit by the virus. 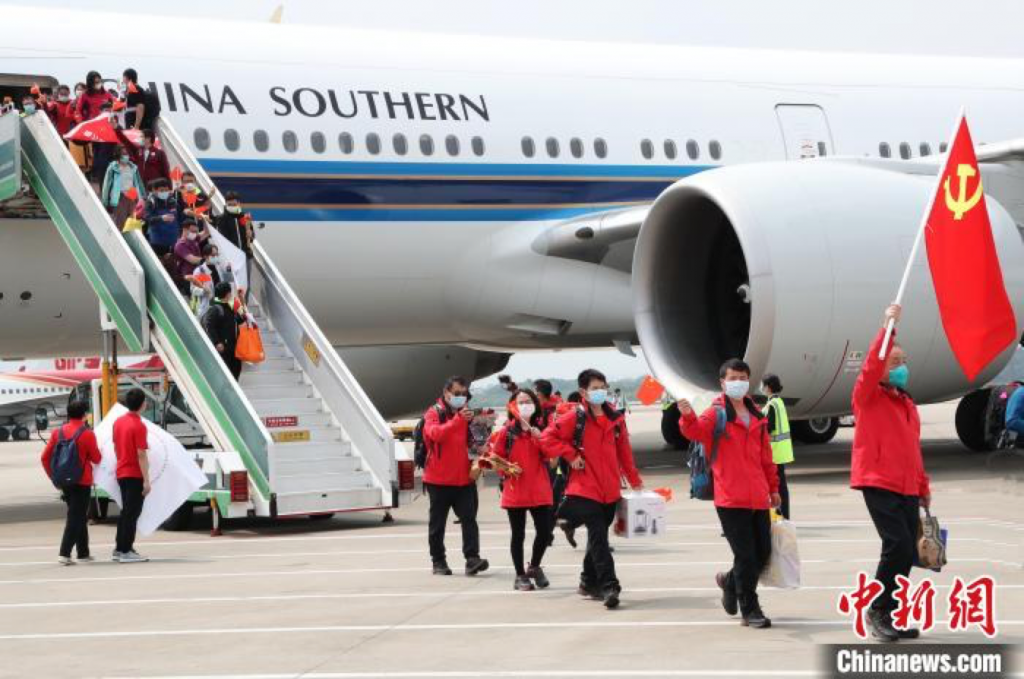 In response to Italy’s request, China dispatch a team of nine experts, with 31 tons of medical supplies including intensive care equipment, medical protective gears and antivirus drugs to Rome on March 12. Beijing has also sent healthcare professionals to Iran, Iraq and other countries.

Chinese government has so far delivered medical supplies to Pakistan, Laos, Thailand, Iran, Korea, Japan and the African Union. It further announced that assistance would be provided to dozens of other countries including France, Spain, Greece, Serbia, Cambodia, The Philippines, Egypt, South Africa, Iraq, Ethiopia, Kazakhstan, Belarus, Cuba and Chile.

China donated $20 million to WHO to support the COVID-19 fight and is helping developing countries to strengthen their response capacity. In the private sector, Jack Ma of Alibaba announced a dispatchment of 1.1 million testing kits, 6 million masks and 60,000 protective suits and face shields to all countries in Africa.

Meanwhile, medical supplies from China to assist Malaysia’s fight against the COVID-19 pandemic has just arrived.

“Action without delay! The first batch of medical materials from China is on the way to Sungai Buloh Hospital,” PRC Embassy in Malaysia said on its Facebook page on Thursday (March 19).

It is a traditional Chinese virtue to repay goodwill with greater kindness. “You give me a peach, and I will repay you with a white jade for friendship,” says Geng Shuang, China’s Foreign Ministry Spokesperson at the regular press conference on March 18.

He emphasizes that China “will never forget the political support from the international community during our hardest times, as well as the medical supplies we received from 79 countries and 10 international organizations.” China will work to strengthen the international response to the COVID-19 crisis and together build a community with a shared future for mankind.

By extending a helping hand to countries threatened by the COVID-19 outbreak, China is simply embodying the concept of “a community of shared future for mankind”.

Pandemics have killed more people than wars. The COVID-19 crisis is a grim reminder that contagious virus knows no borders. In our increasingly hyper-connected reality, the virus could spread easily to anywhere in the world in a matter of days. All human beings are members of the global village – if one contracts the virus, it can swiftly spread to the rest. 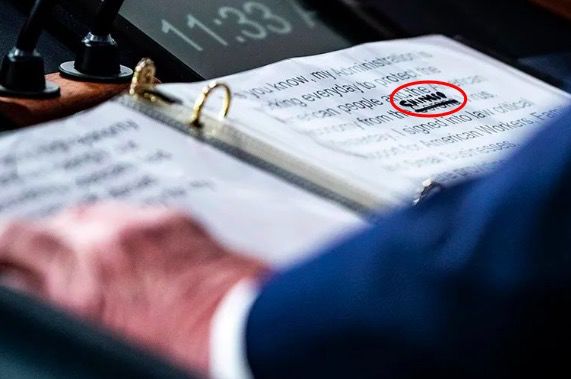 COVID-19 will infect everyone regardless of nationality, race, or religion. And it is regrettable that US President Donald Trump chose to stigmatize the virus as the “Chinese Virus”.

Instead of waging the blame game, world leaders must set aside ideology and geopolitics, to jointly develop an effective vaccine and to strengthen the global public health system. In an interconnected world, no country is an island. Humankind shares a common destiny!

China has suffered the ravages of COVID-19 and is grateful for the support it received from the world during those difficult times. And as the pandemic spreads to the other parts of the global community, China is determined to help those affected through the sharing of its expertise and donating medical supplies.

As the age-old Chinese saying goes, “The favor of a drop of water will be repaid with a gushing spring”!

Koh King Kee is President of Centre for New Inclusive Asia and President of ASEAN Research Center for a Community with Shared Future, Malaysia.
The Covid-19 Outbreak: Lessons to Learn, A Nation to Respect
China’s Rise Is No Threat to the Liberal International Order
China-ASEAN Cooperation and the Dawn of the Asian Century
Reform and Opening-Up: China’s Second Revolution
Use Wechat scan the qrcode, then share to friend or feed.