China and BRI countries should closely work together to devise plans to prevent the economic fallout by the pandemic from having severe impact on BRI projects.

When the whole world is consumed by a pandemic of a scale unseen in the last five decades, the global economic prospects look nothing but grim. The International Monetary Fund (IMF) has already forecasted that the global economy will likely face the worst economic downturn since the Great Depression, and far worse than the global financial crisis in 2008 as many countries across the globe remain in a lockdown for months, bringing most of their economic activities to an abrupt halt.

In the face of the pandemic, it is natural for China-proposed Belt and Road Initiative (BRI) that involves infrastructure development and investment in nearly 138 countries of Asia, Africa and Europe to hit a snag. But it does not mean that China will put the multi-billion dollars global development policy on the back burner nor other participating BRI countries will sideline it. In fact, in some BRI countries, construction projects are moving ahead again.

For instance, construction works of various projects under China-Pakistan Economic Corridor, the flagship program of the BRI, are moving on. The construction for the China-Laos Railway resumed in Lao in late April. 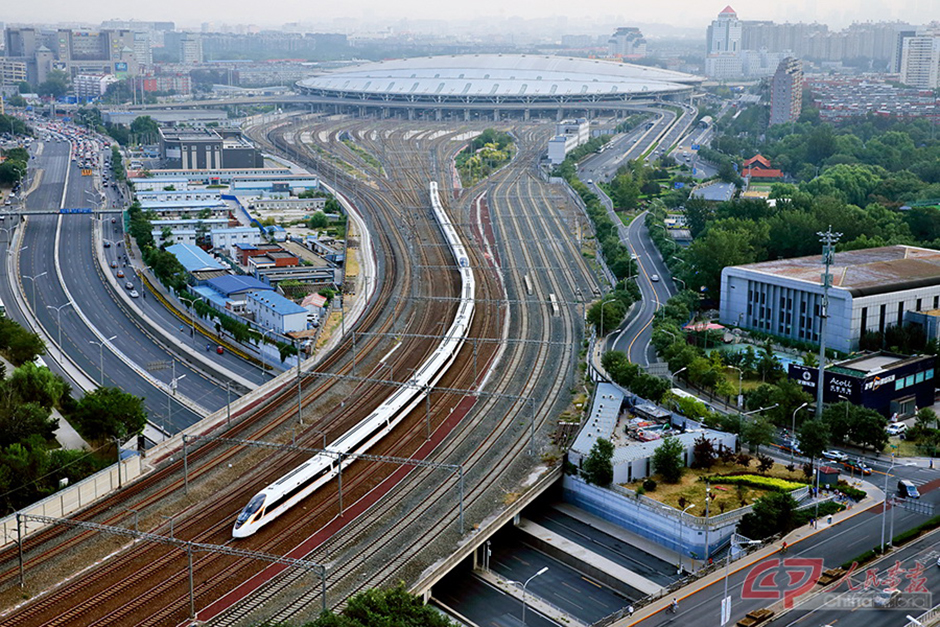 The China Railway 14th Bureau Group recently informed the Global Times that as many as 19 of its overseas projects have resumed construction, if not fully. Likewise, construction for a high-speed railway in Indonesia under the BRI is ongoing in full swing. China’s Ministry of Commerce’s data show that Chinese enterprises invested US$2.72 billion in 48 economies related to the BRI between January and February this year, increasing by 18.3 percent from the same period in 2019.

For now, many BRI countries are still grappling with the Covid-19 crisis with a lockdown and closure of airports and borders in place as part of their efforts to contain the virus. As a result, many Chinese engineers and workers involved in various BRI projects who had flown to China to celebrate the new year are yet to return, leading to a halt or delay in construction works. With normalcy returning to China following successful handling of Covid-19, an illness caused by the novel coronavirus that left over 82,000 people infected and killed 4,633 in China alone, the Chinese government has reached out to the BRI countries to extend support in their fight against the coronavirus. It is yet not sure how long it may take for these countries to return to normal but they are striving to find a fine balance between ensuring their citizens’ safety and reopening the economy. Reopening the economy would also mean gradually resuming stalled development projects including the BRI ones stalled due to the pandemic. They have every incentive to move ahead with the BRI projects in the post-pandemic scenario as completion of development projects would bring much-needed economic growth to their countries in the long-run.

On April 18, at a meeting chaired by Chinese President Xi Jinping, the Chinese leadership reiterated that China will jointly advance high-quality development under the BRI as part of the post-COVID-19 recovery measures, which shows the BRI remains a top priority for China along with revival of its own domestic economy.

Some scholars have argued that China will gradually retreat from the BRI by scaling down its investment in the BRI projects overseas in the after-pandemic situation as it is faced with a slowing economy, which was already hit first by the US-China trade war and further slowed by the novel coronavirus. A recently published research report by Rhodium Group, an independent research institution, stated that it is not difficult for China’s policy banks like China Development Bank and China Export-Import Bank to sustain the pre-pandemic BRI lending as it has stable funding bases. Even before the pandemic gripped the world, China had scaled down issuance of loans and prioritized on improving debt sustainability to avoid financial risk associated with BRI projects and the projects’ overall quality and standards. China has not slowed down the lending but has shifted its focus on ensuring quality BRI projects that can bring long-term benefits to all the participating countries.

China and BRI countries should closely work together to devise plans to prevent the economic fallout of the pandemic from having severe impact on BRI projects. After all, the BRI seeks to build a community with a shared future. Due to a prolonged disruption in their economic activities, many BRI countries may have difficulties repaying their debts they have borrowed to implement various BRI projects. For the sustainability of the initiative, China and BRI countries should work closely to resolving debt issues. Since the launch of the BRI six years ago, China has assumed the role of a responsible power by making significant adjustments to ensure the BRI becomes instrumental in developing physical infrastructure and strengthening inter-connectivity among participating BRI countries.

In the face of the pandemic, China is more likely to demonstrate international leadership by promoting debt sustainability and other measures.

The Chinese government has already given out positive political and economic signals by reaching out to BRI countries hit by the pandemic and extending medical and logistic supports necessary for early recovery. This has only boosted the BRI countries’ confidence in China and its initiative.

It may take some time before BRI countries fully recover from the pandemic.  But once they achieve recovery, BRI countries will not only continue the existing BRI projects but will also explore new avenues of cooperation.

Sangeet Sangroula is a freelance journalist whose research interests include China and the Belt and Road Initiative.

You May Like
Hong Kong Shall Not Descend into Chaos
Narrowing Education Gap: Stemming the Flow of Rural Drop-Outs
African Startups in China Move Ahead Despite COVID-19 Epidemic
Baseless American Judicialization of COVID-19 Pandemic
Countries Must Fulfill their Sovereign Legislative Duty to Combat Domestic…
Five Key Takeaways from China’s Foreign Minister in 2020
A Year for China, a Decade for Any Other Nation!
New Signals from China Instill Confidence in the World
Use Wechat scan the qrcode, then share to friend or feed.