China’s views on Europe and its policy toward Europe are consistent.

In early 2019, Chinese President Xi Jinping and Premier Li Keqiang both chose Europe as their first official visit destination of the year. From March 21 to 26, President Xi paid a state visit to Italy, Monaco, and France. From April 8 to 12, Premier Li traveled to Europe for the 21st China-EU leaders’ meeting in Brussels, the eighth leaders’ meeting of China and Central and Eastern European countries in Croatia, as well as an official visit to the aforementioned country.

Chinese diplomacy in Europe has drawn extensive attention in the international community. The European Commission published the document titled EU-China Strategic Outlook, which has aroused heated discussions on whether the EU’s policy toward China has changed significantly.

Pragmatic Cooperation on the Basis of Mutual Trust

China’s views on Europe and its policy toward Europe are consistent. Although many European countries have experienced crises and challenges in recent years, European integration has almost stagnated due to lack of popular support. China’s overall views on the EU have not changed much. China has always believed that Europe is of great significance to it, and that the EU and its member states can play an important role in global governance.

For China, the EU’s importance is first reflected in economy and trade. In the past few decades, what closely linked China and Europe together has been market, investment, and technology. With the rapid development of China’s economy and the expansion and deepening of European integration, China and the EU have become two of the world’s largest economies and trade partners, and their economic interdependence has also deepened. More importantly, the important trading partnership between them has not changed despite the difficulties which the EU has experienced in recent years.

According to China’s statistics, the trade volume between China and the EU reached US $682.2 billion in 2018, a year-on-year increase of 10.6 percent. This means that the EU has been China’s largest trading partner for 15 consecutive years, while China has maintained its position as the EU’s second largest trading partner.

In multilateral organizations such as the UN and the G20, European countries have consistently supported multilateralism and opposed unilateralism, which has convinced China that Europe can play an active role in global governance. Both China and the EU have always relied on each other for support on the international stage. Over the past decade, China and the EU have both intended to push their ties “beyond the simple trading relationship,” but the international strategic coordination and cooperation between the two sides is generally too much talk and not enough action.

With the election of Trump as the U.S. president at the end of 2016, China and the EU have begun to take some practical steps to cooperate and address global challenges. Both China and the EU are concerned about the “exit” policies implemented by the United States since Trump took office and their negative impact on the international multilateral system.

First, China and the EU are both beneficiaries of international free trade. Although there are trade frictions between them, they all support economic globalization and the existing world trade system. Second, on the issue of global climate change, China and the EU are increasingly paying attention to each other’s positions and roles. Third, China and the EU believe that the Iranian nuclear agreement is an important achievement of multilateralism. Both sides attach great importance to their important roles in maintaining the international nuclear non-proliferation regime and peace and stability in the Middle East.

It is important to note that Europe’s attitude toward China is undergoing major changes. According to the European Commission’s policy paper of March, 2019, “There is a growing appreciation in Europe that the balance of challenges and opportunities presented by China has shifted.” The document believes that China has four new identities for European countries, that is, China is simultaneously a cooperation partner with whom the EU has closely aligned objectives, a negotiating partner with whom the EU needs to find a balance of interests, an economic competitor in pursuit of technological leadership, and a systemic rival promoting alternative models of governance. As a result, the EU has detailed its new relationship with China, which is a first in China-EU relations. 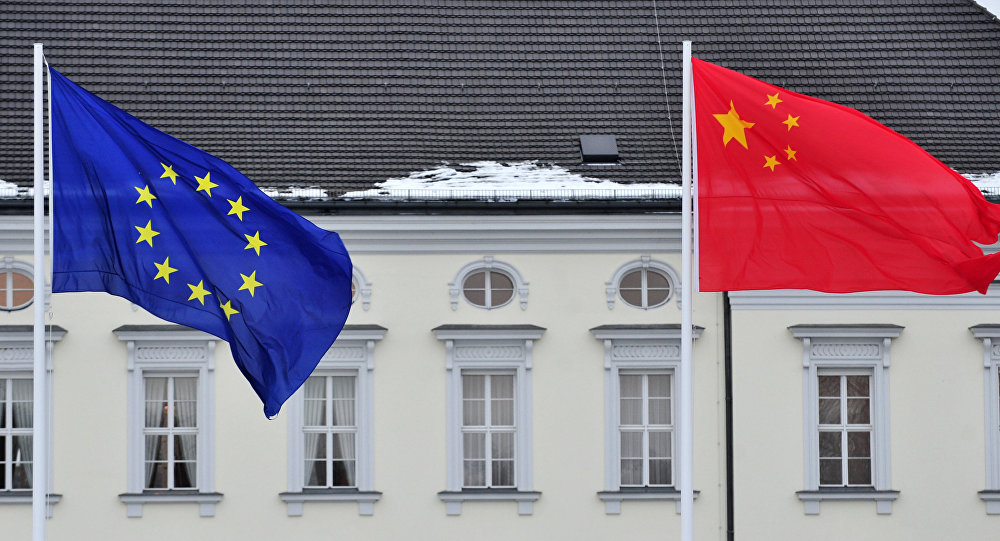 In the future, China-EU relations will take on some new features, namely, while the two sides maintain cooperation, the competitiveness in the relationship will increase.

Specifically, economic cooperation will continue to be the centerpiece of China-EU relations. In addition to the manufacturing industry, the focus of China-EU economic and trade relations will include the service industry and the digital economy. The EU side has always been looking forward to a comprehensive investment agreement with China, and regards it as an important task for the EU’s policy toward China. When Premier Li Keqiang attended the 21st China-EU Summit in Brussels, the two sides agreed that the negotiation of a bilateral investment agreement will make substantive progress by the end of this year, and the pact will be formally signed at the end of 2020. The signing of this agreement will have a significant positive impact on future economic relations between China and Europe. It will not only prompt Europe to provide a fair business environment for Chinese companies, but also provide new opportunities for European companies to enter the Chinese service market.

Supporting multilateralism and jointly addressing global challenges will become the new common interests of China and the EU. During President Xi Jinping’s visit to France, the two countries issued a joint statement on safeguarding multilateralism and improving global governance, and gave a unified voice against the challenges facing the international community. Meanwhile, they will promote the international relations of mutual respect, fairness, justice, and win-win cooperation on the basis of respecting the basic norms of international law and international relations.

When Premier Li Keqiang met with EU leaders, the two sides agreed that they share broad common interests in deepening mutually benefitial and win-win cooperation, have consensus on safeguarding multilateralism and the open world economy and opposing protectionism and unilateralism, and have common goals in improving global governance and maintaining world peace and stability.

Meanwhile, China-EU relations will face increasing competition in the future, and the EU’s attitude of caution towards China will also increase. In fact, some changes in this area have already taken place. In February 2019, the European Parliament voted to endorse the first ever EU-wide tool for screening foreign direct investment (FDI) on the grounds of security and public order. It mainly aims at the so-called “strategic investment” of Chinese companies in European countries. Recently, German Economy Minister Peter Altmaier and French Finance and Economy Minister Bruno Le Maire met in Berlin and discussed the establishment of a new “technical alliance” in the future technology field that takes the Airbus transnational cooperation as a reference model. According to Altmaier, it is to defend European “technical sovereignty” in response to the global competition.

How should China respond to the changes in the EU’s policy toward China? The two sides have enjoyed tremendous benefits through economic and trade cooperation in the past few decades. To continue this situation in the future, they must first strive to make the rising competition benign, not vicious. President Xi Jinping emphasized this point in Paris when he met with French President Emmanuel Macron, German Chancellor Angela Merkel, and the European Commission President Jean-Claude Juncker.

Second, the two sides urgently need to expand their common interests as competition rises. Take the example of establishing Eurasian interconnection between China and the EU, President Macron said at the Global Governance Forum co-hosted by France and China that the Belt and Road Initiative (BRI) is of great significance and will play an important role in promoting world peace and development. The EU is willing to link the Eurasian interconnection strategy with the BRI and carry out innovative cooperation. The establishment of Eurasian interconnection between China and the EU will be a good example of the two sides’ efforts to expand their common interests to cope with their increasing competition.

Third, in order for the two sides to effectively cooperate on international affairs and actively respond to global challenges, China and the EU should also strengthen strategic mutual trust. At present, the two sides need to focus on the BRI and the “16+1 cooperation” (with the participation of Greece, “16+1” has actually become “17+1”) to initiate an active dialogue and build up confidence. The BRI is fundamentally an economic cooperation initiative. China has no geopolitical considerations in it, nor has it intended to establish a new world order to replace the existing one. Moreover, China has clearly promised that its cooperation with Central and Eastern European countries and related cooperation projects will comply with EU laws. In short, only by using various channels of dialogue, increasing exchanges, reducing misunderstandings and doubts, and continuously expanding common interests, can China and the EU gradually form a truly comprehensive strategic partnership.