Meanwhile European Union promised “we will give Italy everything it asks”, a team of medical experts arrived from China: “We came to pay back the aid received a short time ago from Italy”.

2020 should have been the Year of Culture and Tourism between Italy and China and a year of celebrations for the 50th anniversary of the establishment of diplomatic ties between the two countries. Instead, while Beijing claims to have passed the peak of Covid-19 infections, Italy has just declared all its 20 regions a “protected area”.

At the beginning, China is in the eye of the hurricane, where pneumonia caused by a new coronavirus began to spread in December in the city of Wuhan, Hubei province. On January 23, the Central Government ordered the complete isolation of the city, and then also of the entire province. About 60 million people completely isolated from the rest of China and the world. Same as Italy, which has just a little higher population.

In Italy, the government approved a first decree on March 8 applied only to the northern region of Lombardia and to 14 other Italian provinces. Only one day after, the Prime Minister, Giuseppe Conte, had his second speech to Italians, declaring this time that the whole country becomes a “protected area”, calling for a greater sense of responsibility from all citizens: the whole country has to face a quarantine until the beginning of April. 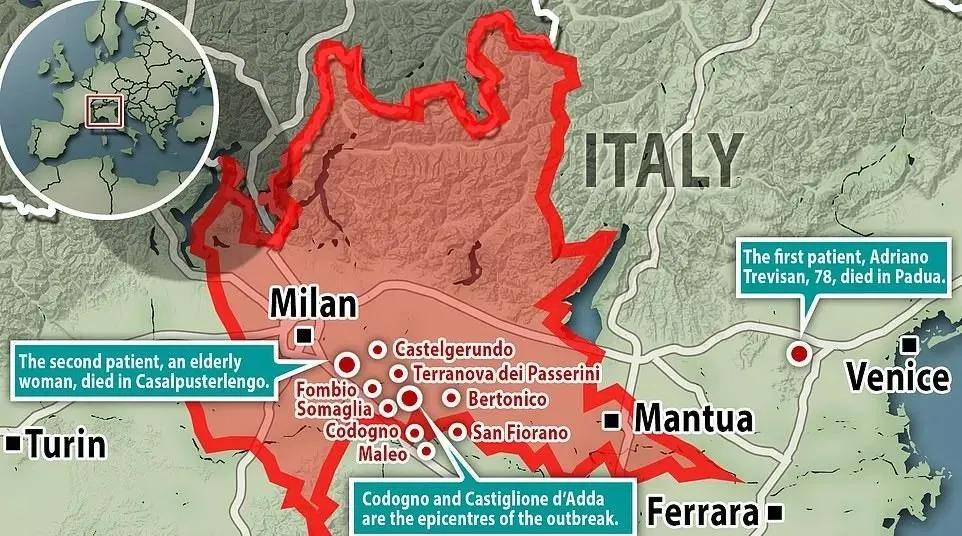 Italians’ feeling is of a clumsy and nervous government that doesn’t seem to have the situation under control. Acting as China did? Impossible. Italy and China have completely different political and social systems. When I returned to Italy from Beijing on January 30, where I live and work, China had already isolated the outbreak province of Hubei, an action defined as the “greatest example of quarantine in history”.

In Italy there was already a dedicated service to COVID-19, a telephone number (1500) for emergency set up by the Ministry of Health as well as health checks in the main Italian airports (Milan and Rome). At the beginning I had the impression the government acted with precaution and responsibility, although it received criticism for the suspension of direct flights to and from China, which also caused diplomatic tensions between Rome and Beijing. More than a month later, we have an ongoing pandemic (confirmed by the World Health Organization on March 11) and a “serious” Italian situation, where many people complain about “not too effective” and “fits and starts” responses from the Italian government. It is very complex to make the right decision for 60 million or 1.4 billion people; even China suffered severe criticism over the delay in responding to the epidemic.

The first Italian case has been registered in Lombardia around February 20 (the two Chinese citizens hospitalized on January 30 at National Institute for the infectious diseases Lazzaro Spallanzani in Rome came from China and they were isolated in the hospital). A 38-year-old man from Codogno became patient one, while the identity of patient zero is still unknown. From that moment the spread of the virus in Italy exploded like a bomb, and in a few days two large outbreaks developed in the north of the country: the largest in Lombardia, the other one in Veneto. The data provided by the Civil Protection updated on March 16 in the morning show 1,811 deaths, 2,335 people recovered, 20,603 people positive to the virus in Italy. 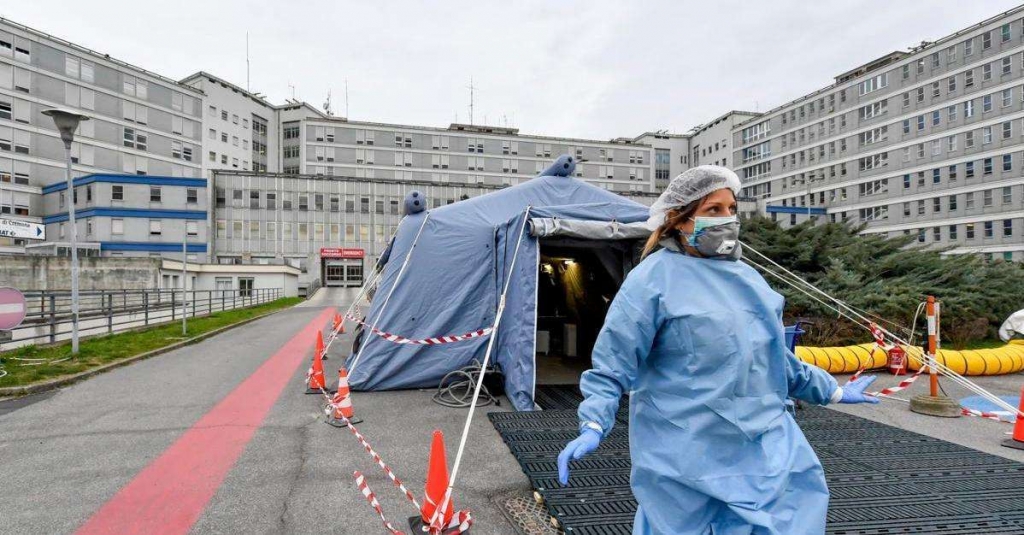 The most serious situation stands in hospital intensive care units; it seems that doctors urged themselves the government to take more drastic measures, otherwise “there is a risk of collapse”. So far, Italy has just over 5,200 hospital beds. According to a study issued by the Mario Negri Institute with the University of Bergamo and published last Friday by the noted English scientific journal “The Lancet”, there will be a need for 4,000 intensive care beds in the worst period of the infection which, according to the study, is expected in 3-4 weeks.

Meanwhile in the absence of significant health emergencies in recent years we didn’t have any clue, today the Covid-19 pandemic points out the leaks of a “reduced to the bone” health system to satisfy the requirements imposed by the European Union. A report from Gimbe Foundation released in September 2019, shows cuts that government after government have consisted of a loss of over 70,000 beds in the past 10 years, with 359 wards closed, along with numerous small hospitals that have been converted or even shut down. One of the most worrying data is that in Italy since 2008 there are 3.2 beds per a thousand people: in 2000 there were 4.7 beds.

In the meantime, our neighbors in France have 6 beds and Germany 8. The Foundation’s report explains that public funding has been cut by over 37 billion euro in ten years, of which around 25 billion in 2010-2015 for cuts resulting from various financial maneuvers and over 12 billion in 2015-2019, when less resources were allocated to health than those planned for public finance needs.

According to data from the Organization for Economic Co-operation and Development (OECD) updated to July 2019, in the period 2009-2018 the percentage increase in public health expenditure in Italy stood at 10 percent, compared to an OECD average of 37 percent. According to a report by the State Accounting Office under the Italian Ministry of Economy and Finance published in 2019, health expenditure represents on average the second public expenditure (after pensions) for most European states with an average for 2017 of 7 percent on GDP. Italy in 2008 had an expenditure in relation to GDP (7 percent) above the average (6.7 percent) while in 2017 it dropped to 6.8 percent of GDP against the European average which in the meantime reached 7 percent.

Italy has specifically asked for material help to its European brothers (mostly lung ventilators are needed); the European Union has struggled with vague and evasive answers. While the President of the Commission, Ursula von der Leyen, reassured by saying “we will give Italy everything it asks”, a team of medical experts and over 30 tons of medical material arrived from China to manage the emergency.

“We came to pay back the aid received a short time ago from Italy” said Yang Huichuan, Vice President of the Chinese Red Cross, who headed the team of doctors and experts who arrived in Rome on March 12 evening. The practical support sent by Beijing consists of 31 tons of materials, including breathing machinery, protective suits, masks, protections, medicines and plasma samples. 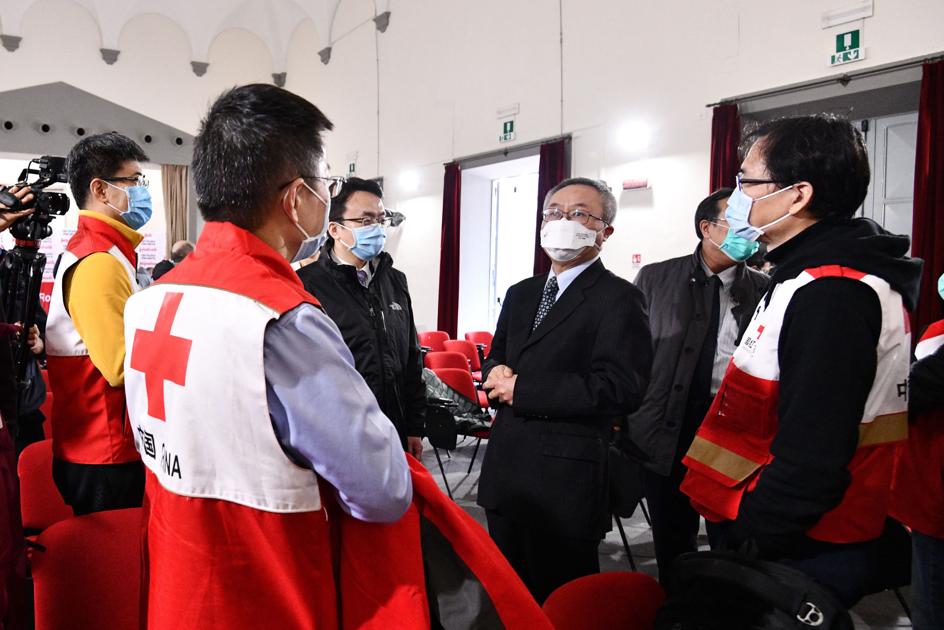 Chinese ambassador in Rome Li Junhua said: “Our people lived the same experience. We understand the pain of what is happening and the needs of Italian people. Let’s not forget Italy’s help to China in difficult moments: we share the same destiny.” It is expected that the Chinese team will stay in Italy for at least 10 days and will move throughout the country. The first days the Chinese specialists stayed at Spallanzani Hospital in Rome, where Chinese doctors said that Italian colleagues “have done an excellent job”. The Chinese team has planned to go to northern cities of Padua and Milan, in addition to various health and university facilities.

On March 14, the central purchases of the Italian public administration Consip ordered 3,800 lung ventilators: the first 329 are expected in 3-7 days delivery and over 3,500 for 15-45 days. The other 300 fans made available for immediate delivery were identified by the Siare Engineering company from Bologna. In addition, there are over seven million medical gloves, over 13 million protective suits, boots and more than 260 diagnostic kits corresponding to over 67,000 tests. “China is getting up after the spread of Coronavirus epidemic and soon we will too”, the Italian Foreign Minister Luigi Di Maio said during the press conference with the Chinese Vice President of the Chinese Red Cross.

On evening of March 15, the Foreign Minister announced on Facebook, “five million masks for the safety of sanitary workers, and 2 medical teams are leaving from China to come and help our doctors in other parts of Italy. Next week other lung ventilators and other masks will arrive, not only from China:  today the possibility of importing medical material from France and Germany has been unlocked.”

Di Maio explained that some masks bought from Italian companies have been blocked at the borders. “We will denounce countries that will get stained with the ignoble practice of requisitioning masks for states in trouble such as Italy,” added the Italian minister.