China and the U.S. – Seeking the Ties that Bind

The only rational response by the United States in fact would be to laud the efforts made by China in coming to the aid of their impoverished neighbors and friends.

The establishment of US-China relations 40 years ago was at the same time the revitalization of a relationship that stretched back nearly to the founding of the United States. The first American ship to arrive in China, the Empress of China, docked in Guangzhou in 1784, three years after the American Revolution. And while there was a commercial purpose to the journey, it was also the first political mission of the United States to China. And the voyage itself was the first major declaration by the U.S. of its maritime independence from Great Britain, which had previously controlled ALL trade to and from the American colonies. 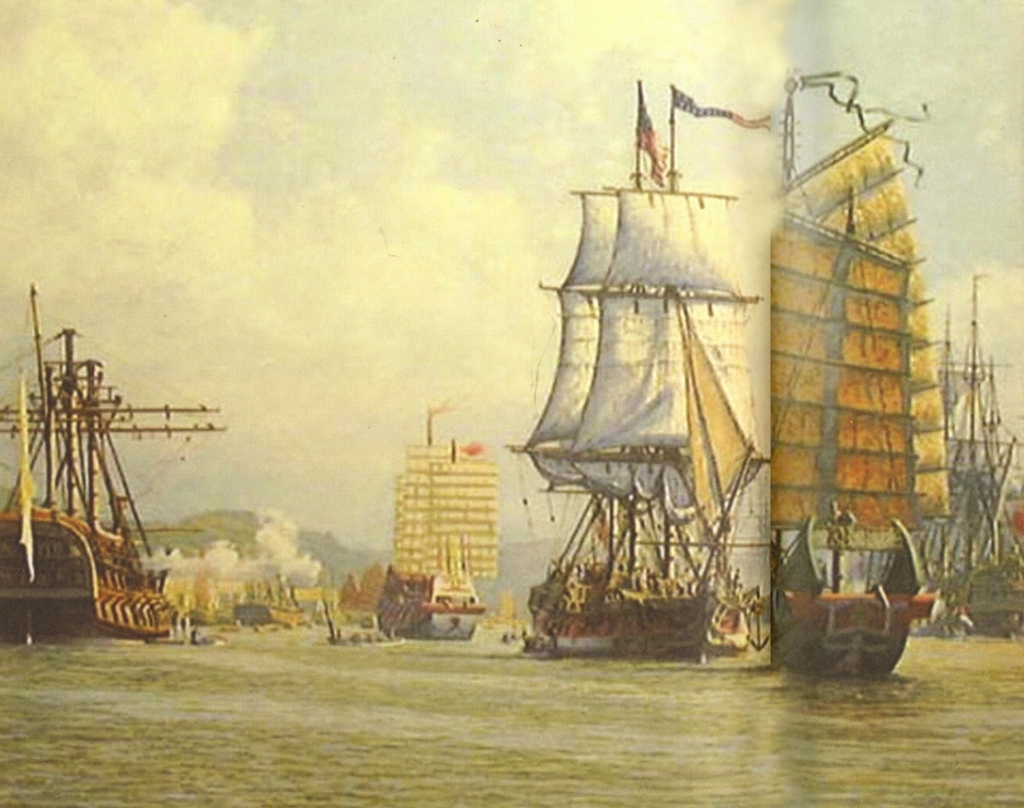 And the relationship has proven to be mutually beneficial. Contact with China introduced the thought of Confucius into the work of our first – and foremost – founding father, Benjamin Franklin. And many of the ideas promoted by the American Republic, one of the first colonies to break with the British imperial power, created a sense of optimism among other countries suffering under the colonial boot. While China remained independent as a nation, it also suffered the humiliation of colonial oppression from the time of the Opium War. And the oppression suffered by China during that “hundred years of humiliation” won the sympathy of Americans and of many American presidents, including our revered Abraham Lincoln.

The American example also served as an inspiration to many of the early reformers in the buildup to the Republican era. Liang Qichao, Cai Yuanpei, and Sun Yatsen, tried to make use of the American experience in working out a program for China. During the initial phase of the Second World War, China became a bulwark against the Japanese militarists who were clearly developing into a threat to the United States as well. The creation of the Flying Tigers, even before the United States entered the war, characterized the good feelings for China’s struggle in the United States. And Franklin Roosevelt’s inclusion of China in the “four powers” after the war (over the clear objections of Churchill) was a recognition of the growing importance of this nation as it began its program of postwar reconstruction. Roosevelt’s authorization and support of “the Dixie Mission” to the Communist forces in Yenan during the war also indicated his understanding that the forces of the Chinese Communist Party would have to play a major role in the post-war solution in China. But the death of Franklin Roosevelt laid the basis for Churchill’s take-over of  U.S. policy through his puppet President Harry Truman, and the Cold War began.

Ironically, the further development of the Cold War led to the reestablishment of US-China relations. With the withdrawal  of Soviet advisers from China  in 1960, and the increasing tensions between China and the Soviet Union, combined with the disastrous U.S. involvement in Vietnam, Nixon settled on a policy of rapprochement with China, motivated more by “geopolitics” than by feelings of friendship. Nevertheless it tapped into the positive sentiment toward China that still existed among Americans and many of the pro-China scholars who had been sidelined during the McCarthy era because of their  support for the Communist Party, now received a new forum to express their ideas..

The subsequent exchanges between the U.S. and the PRC were of great benefit to both sides. The increase of Chinese students to U.S. universities allowed them to partake of the most advanced ideas in science and technology, which came to contribute to progress in China during the “reform and opening up.” Many of the students also  remained in the U.S. and contributed to improve the economic and scientific capabilities of the United States. The rapprochement with China also helped the United States negotiate a withdrawal from the disastrous war in Vietnam. At the same time, the creation of a manufacturing industry in China provided many products to U.S. households. And the export market in the West created the means for further developing the Chinese economy. 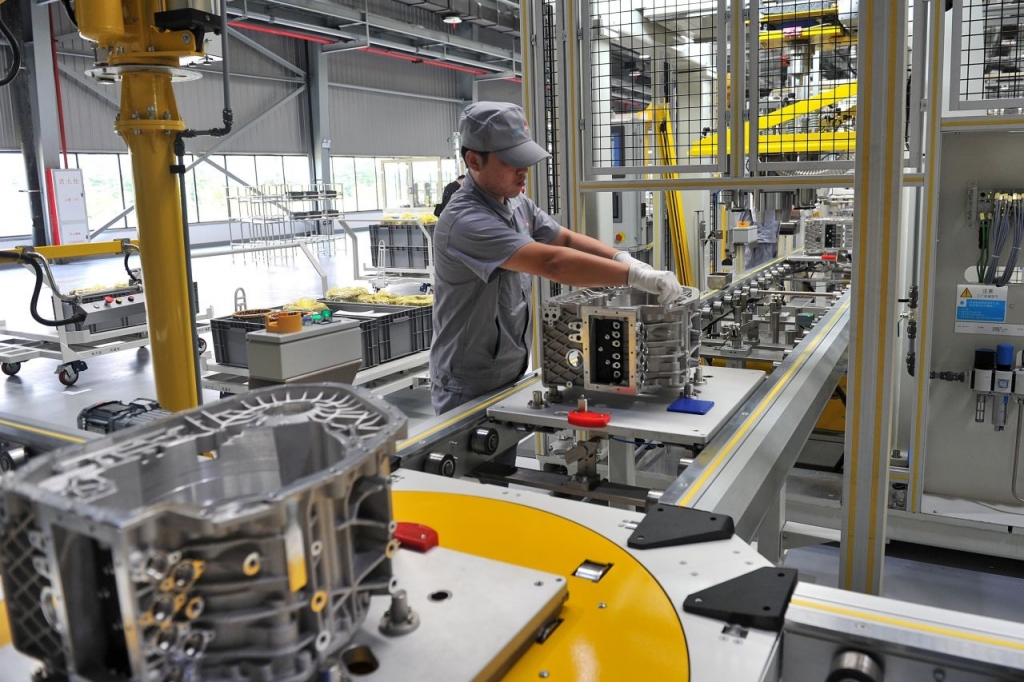 And yet, while China was increasingly aiming to advance its industrial and technological capabilities in order to “leap-frog” from the status of a low-wage producer to a higher level of production, the U.S. economy was allowed to devolve from a high-tech manufacturing economy into a “rentier economy”  in which the proliferation of debt began to exceed its productive basis, creating a “bubble economy” that was marketed as “prosperity”. In spite of a series of major financial crises, in 1987, in 1997 and 1998 and again in 2008, the United States preferred to overlook the fundamental contradiction that existed between its rising financial debt burden and its diminishing productive base, and simply printed more money to paper over the difference.

By the second decade of the 21st century, the growing discrepancy between China’s rapid development and the increasing stagnation in the bloated U.S. economy began to become apparent to all. The abysmal failure of successive U.S. governments to follow the lead of the Kennedy Space Program in maintaining a science driver for the U.S. economy was beginning to have long-term consequences. And while President Trump has promised a major infrastructure program for the U.S. economy, his failure to combine that with the Glass-Steagall reform of the U.S. financial system, has left that program in limbo. More seriously, the efforts to create a scapegoat for the failure of the U.S economy in alleged Chinese “theft” of U.S. technology has not only created confusion about the real causes of the crisis, thereby preventing  the necessary policy changes for overcoming it), but has also created major difficulties for the U.S. economy which is still heavily reliant on Chinese products.

There is, in fact, no fundamental contradiction between China’s development and the development of the United States. Both can and should proceed apace. In fact, given the extensive and multi-faceted links between the two economies, any “de-coupling” of the two would spell disaster for both. In the age of the worldwide division of labor, national economic development is no longer a zero-sum game. 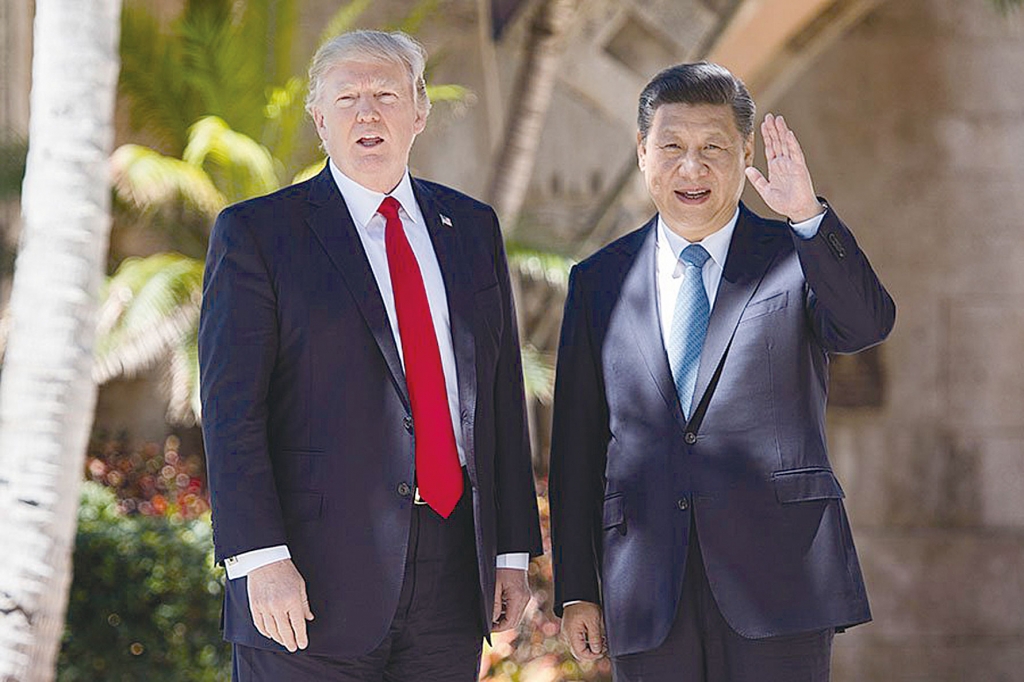 The United States must reform the way it does business. To prevent another financial bubble from bursting, the U.S. must revival the Glass-Steagall separation of commercial banking from speculative investment banking. There must not be any more “too-big-to-fail” investment banks –  or bankers. And the U.S. must return to traditional industrial policy as this was defined by Alexander Hamilton, the creator of the American System of economics. The creation of a national bank for infrastructure would be a major step for President Trump to realize his program of infrastructure investment. And the White House Office of Science and Technology should develop a program for rapid scientific development, most importantly in the area of space exploration. None of this will cause problems for China, nor can any of this be realized by levying tariffs on Chinese goods or “penalizing” China for implementing technology legally obtained from abroad. An infrastructure bank should also be open to Chinese investors who could then help President Trump in realizing his program.

While the Nixon Administration initiated the all-important opening to the People’s Republic in 1972, it also set in motion the unfortunate demise of the post-war Bretton Woods arrangements by taking the dollar off the gold standard, leading to an uninhibited expansion of the dollar system and the development of “bubble economy.” The role of the dollar as a reserve currency allowed the U.S. to buy goods at below cost from low-wage countries, like China and Mexico, to which production had been outsourced. And the lack of a science driver program to improve the U.S. technological level inhibited further progress beyond that created by which  the Kennedy space program. And the failure of the U.S. to implement the post-war plans that Roosevelt had for developing the countries of Africa, Asia and the Middle East laid the basis for the interminable conflicts now plaguing  those regions.

The Chinese policy of sharing development with these developing  nations, most clearly expressed in the Belt and Road Initiative, has effectively  reversed that process. The hopes for eliminating poverty and disease have again been raised. This dramatic development has also become a wake-up call to the United States reminding us that we are no longer recognized as that “beacon of hope” and “temple of liberty” that we once were. And China has begun to fill the gap that we have left through our own disastrous short-sighted and selfish policies. While much of this “wake-up call” has led to petty resentment and irritation here in the United States over the fact that China has now taken a place in the world once held solely by the United States, such a reaction is both unjustified and will only lead to conflict. The only rational response by the United States in fact would be to laud the efforts made by China in coming to the aid of their impoverished neighbors and friends. And we should do a bit of soul-searching ourselves, and try to mobilize those “better angels” of our nature which Abraham Lincoln referred to and again rebuild our infrastructure and industrial capacity and to start sharing it with the world, as China has done, but not in competition with but rather in collaboration, with China and other nations to realize the common aims of mankind in global development.

William Jones is the Washington Bureau Chief of the Executive Intelligence Review and a Non-Resident Fellow of the Chongyang Institute for Financial Studies.

William Jones is the Washington Bureau Chief of Executive Intelligence Review and a non-resident fellow of the Chongyang Institute for Financial Studies at Renmin University.
China’s Success in Fighting COVID-19 should be an Eye-Opener for the West
Chinese Success in Fighting COVID-19 Should Be a Lesson for the West
G20 Teleconference Creates New Opportunities
Mike Pompeo’s Crusade Targets US-based Chinese Journalists
Use Wechat scan the qrcode, then share to friend or feed.