American missile destroyer “Higgins” and guided missile cruiser “Antietam” sailed into waters within 12 nautical miles from the Xisha Islands on May 27, and the US declared that it would conduct maneuvers in waters around Zhongjian Island and Yongxing Island.

On June 4th, Reuters released an article named Exclusive: At delicate moment, U.S. weighs warship passage through Taiwan Strait, which is a new move made by the Trump administration. Coincidentally, British and French defense ministers on Sunday told the 17th Shangri-La Dialogue, an annual international security forum held in Singapore, that the two countries would sail warships through the South China Sea, the latest development to “counter Beijing’s militarization in the region.”

American missile destroyer “Higgins” and guided missile cruiser “Antietam” sailed into waters within 12 nautical miles from the Xisha Islands on May 27, and the US declared that it would conduct maneuvers in waters around Zhongjian Island and Yongxing Island. This is the seventh occasion that the US military has conducted “Freedom of Navigation (FON)” operations in the South China Sea, and the third time that the US has entered Xisha Islands territorial waters since Donald Trump came into office.

In contrast, the US military sailed into the South China Sea only five times during Obama’s time in power. A spokesperson for the Chinese Ministry of Foreign Affairs and the Ministry of National Defense responded to the latest incident by saying that the United States had once again sent warships into the territorial waters of China’s Xisha Islands without authorization, which contravened both Chinese and international law and was a serious intrusion upon China’s sovereignty. Chinese armed forces sent ships to identify and investigate the American ships and warn them to leave.

From the second half of 2016, the tension in the South China Sea seemed to be following a trend of “cooling and stabilizing”; the South China Sea arbitration case was settled and relations between China and the Philippines were improving. But the situation has changed since Trump took office. The Trump administration devolved the relevant decision-making powers to the US Pacific Fleet in September last year, and then resumed “FON” operations in the South China Sea which had been suspended for more than six months. The intention was to strengthen the US military’s regular presence and institutionalized sailings in the South China Sea, develop its India-Pacific Strategy, and constrain China’s development. On this occasion the US Navy entered the territorial waters of the Xisha Islands and carried out maneuvers with the following intentions:

First, the US sailings are intended to deny China’s sovereignty over the relevant waters.

According to the United Nations Convention on the Law of the Sea, sailings by foreign vessels in the territorial waters of another State “shall be carried out continuously and expeditiously”. They should be “harmless” and there should not be any “drill or exercise”.  The US military maneuvers are not “harmless”. The presence of US vessels in waters less than 12 nautical miles to the Xisha Islands clearly indicates that the United States opposes China’s “possession of territorial waters” around the Xisha Islands.

More importantly, China’s recent construction of islands and reefs, in the eye of the US, has changed the power balance in the South China Sea and severely weakened the US’s voice in security matters there and in the Western Pacific. The United States does not want any further obstacles to interfere with its close reconnaissance and military surveillance in China’s exclusive economic zone and over its airspace. 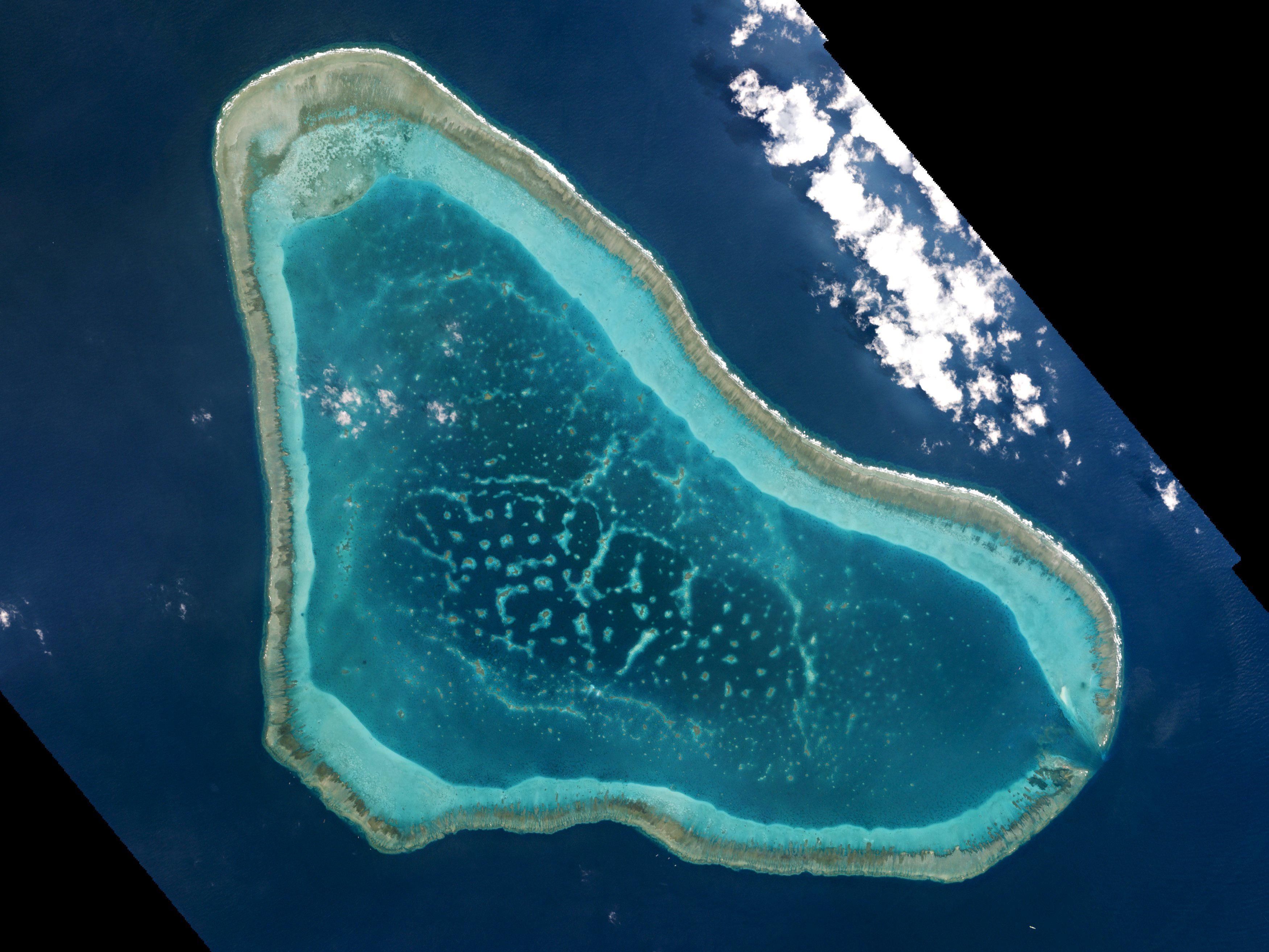 The U.S. military presence in the South China Sea exceeds that of China and all the other coastal states around the South China Sea combined. In addition to operating “FON”, the US military has intensified other types of military activity, such as air force flights and joint exercises. In the past month, the US Air Force has sent two B-52 bombers from Guam to fly over waters off Dongsha Islands.

Second, the US defames China through alarmist claims that it has expanded its military capabilities and “militarized” the South China Sea.

Recently, the US political, military, media, and academics have repeatedly claimed that China’s construction of islands and reefs in the South China Sea is “destroying the status quo” and “threatening stability and the free flow of trade”.

At the beginning of June, the US cancelled an invitation to China to take part in Pacific Rim under the pretext of “opposing China’s militarization of the South China Sea”. Philip Davidson, the new commander of the US Indo-Pacific Command, said that China’s military force was now “strong enough to support its territorial claims in the South China Sea” and that the only way to stop China was to engage in “armed conflict”.

Third, the US wants to counter China’s growing military presence in the South China Sea.

In mid-April, China held the largest naval sail-past in its history in the waters of the South China Sea, with two aircraft carriers and a large number of new submarines, surface vessels, combat aircraft, etc. This was interpreted by the outside world as China’s intention to demonstrate its capacity and underline its determination to safeguard its maritime sovereignty and rights. An un-named Pentagon source recently claimed that China has increased its military presence in the South China Sea and deployed anti-aircraft missiles and anti-ship missiles on the South China Sea island reef, and that future US military activities in the South China Sea would come under severe pressure. 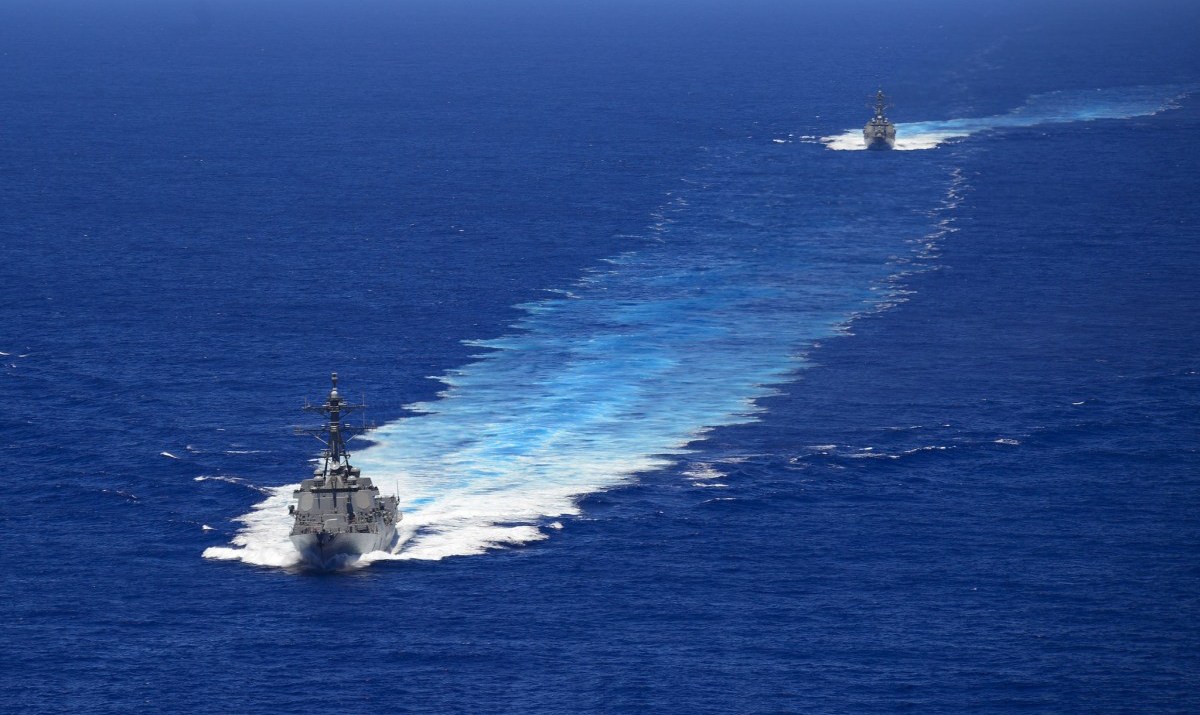 Δ In mid-April, China held the largest naval sail-past in its history in the waters of the South China Sea

Less than 10 days after the first successful landing of a Chinese Air Force H-6K bomber at Yongxing Island Airport, the main island of the Xisha Islands, the US military dispatched two 8,000-ton warships equipped with ship-to-air missile systems, to conduct maneuvers near Xisha. This creates a strong sense of provocation. Chinese Foreign Ministry spokesperson Hua Chunying challenged the action: “Despite having the whole South China Sea Channel open to them, the US warships deliberately intrude into the waters adjacent to China’s islands and reefs. Is the US genuinely interested in the freedom of navigation granted by international law? Or is really seeking incursions in defense of its hegemony?”

China and the ASEAN countries have made steady progress maintaining stability in this region under the framework of the Declaration on the Conduct of Parties in the South China Sea. But America’s insistence on its FON means that Sino-US military brinkmanship has a real risk to become the normal in dealing with the issue.

The US Pacific Command was officially renamed as the “Indian Pacific Command” on May 31, marking the launch of a new American Indo-Pacific Strategy. The United States has always regarded the South China Sea as the geographical hub of its Indo-Pacific Strategy. To this end, it will seek to strengthen military cooperation with some of the countries around the South China Sea to curb China’s maritime development. At the same time, by strengthening FON and joint military exercises, the US will highlight its military presence in the Indo-Pacific Oceans, especially in the South China Sea, and attempt to maintain its status as the leading power in imposing regional order.

Such conduct will clearly have a serious impact on security and stability in the South China Sea, and on the prospects for peaceful settlement of disputes.

You May Like
The End of an Era?
Xi-Biden Meeting Is a Gesture of Mutual Goodwill, but What Comes Next?
What Signals Does China’s First White Paper on Nuclear Safety Send?
Growing China Bias Makes the Truth Hard to Find
Global Governance: A Necessity for Our Times
Why the “Fire and Fury” on China Trade?
Cybersecurity and China’s Efforts to Create a Secure Cyber Space
Repairing the Frayed US-China Relationship
Use Wechat scan the qrcode, then share to friend or feed.