China Should Uphold Its Right to Continue Its Rejuvenation and Development Despite U.S. Provocation

The next few months will be the time when China and the U.S. prepare to restart their relations from a new standpoint following the November elections. China will need to prepare its policies and make them clear.

In his speech at the Nixon Library in Yorba Linda, California, on July 24, U.S. Secretary of State Mike Pompeo explained his long-asserted “results-oriented” principle for dealing with China. “President [Ronald] Reagan said that he dealt with the Soviet Union on the basis of ‘trust but verify.’ When it comes to the Communist Party of China, I say we must distrust and verify,” he said.

That statement released a clear signal: The U.S. regards China as a tougher rival than the Soviet Union, and no longer trusts China.

Deliberately choosing that particular venue for his speech, Pompeo was widely interpreted as completely discarding President Richard Nixon’s legacy on behalf of President Donald Trump’s administration. Some Chinese press and many academics even considered his speech as a clarion call to a new cold war.

The true core of Nixon’s foreign policy was “victory without war” against the backdrop of an intensifying Cold War and American strategic contraction. Nixon considered himself a realist. The premise he set for breaking the diplomatic ice between China and the U.S., as cited by Pompeo at the end of his speech, was that “the world cannot be safe until China changes.”

Since the end of 2017, the Trump administration has been adjusting its strategy toward China, aiming to terminate the engagement policy developed by previous U.S. governments, and direct the relationship with China into “a new era of competition.”

The White House released the United States Strategic Approach to the People’s Republic of China report on May 20, which showed that the Trump administration has not lessened its agitation of China-U.S. relations. After that, Trump’s national security adviser, secretary of state, attorney general and director of the Federal Bureau of Investigation successively made speeches about China. They stressed the importance of responding to the so-called “expansion of authoritarianism” with “a free, open system,” and safeguarding America’s leading role in technology and other sectors through suppression of and competition against China. Their statements showed that the Trump administration is unswervingly driving its China-related policy toward its “darkest hour.” 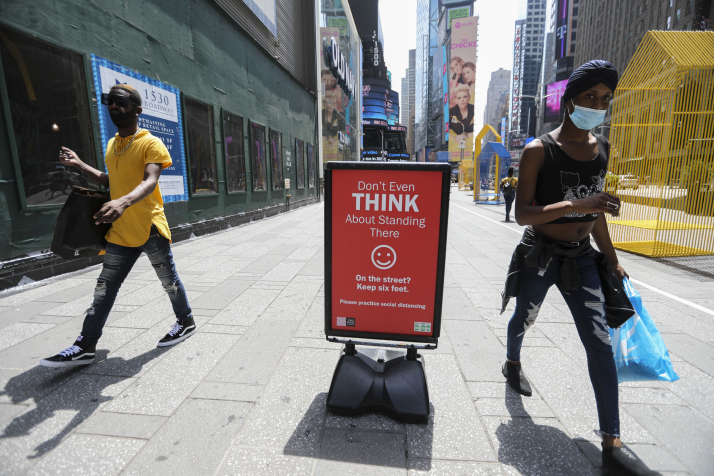 Pompeo’s speech can be seen as the last declaration of the Trump administration’s China policy adjustments. With less than three months left for the presidential election in November, it seems that they have no time for further grandiose declarations and will focus only on actions. The move to close the Chinese Consulate General in Houston in the name of “protecting American intellectual property” marked a further downgrade of political relations and an escalation of frictions and conflicts between the two countries.

This might be just the beginning of another round of provocation, to be followed by a series of actions involving close coordination between the diplomatic, judicial, security and military departments. As a result, China-U.S. relations will be more deeply trapped in a vicious circle, with increasing risk of getting out of control.

Under the general framework of strategic competition against China, the U.S. Department of State headed by Pompeo has spared no effort in citing ideological factors to raise the China-U.S. competition to one of system and value, and even conflict between civilizations.

By creating the rhetoric of life or death between “communist China” and the “world of freedom,” they aim to overthrow the fundamental logic supporting the China-related policies of U.S. administrations since Nixon, inject the spiritual core they need into the so-called new cold war, and create a rally-round-the-flag effect for the entire Western world. The novel coronavirus disease (COVID-19) pandemic highlighted the value and capability differences between China and the U.S. in protecting people’s lives and added to their sense of urgency, which became nearly hysterical.

A common perception in the analyses and comments by China’s domestic media is that since the epidemic situation and the economic downturn cannot be reversed, the Trump administration is eager to divert domestic attention to external conflicts. This judgment seems grounded, but overlooks the driving force of U.S. domestic politics in its external behaviors, and the bipartisanship and continuity of U.S. strategic adjustments toward China. Since mid-2015, U.S. strategic academics held a hot debate with a consensus calling for stronger and more effective response to China’s rise.

Trump’s election rival Joseph Biden has an across-the-board lead over him in electoral polls and if elected, one of Biden’s urgent challenges after taking office will be to reset the policy toward China. However, the Democrats are remarkably different from the Trump administration in approaches rather than the target.

China-U.S. relations have entered a storm and facing malicious provocations by the U.S. It is unimaginable for China not to respond with “legitimate and necessary reactions,” which will almost inevitably lead to counter-reprisal by the Trump administration.

It is possible that the Trump administration seeks to produce a prolonged October surprise, a news event deliberately created or timed to influence an election, with a chain reaction of action-response-further action. Furthermore, Trump and Pompeo have personal considerations, with Trump hoping to take one last shot at reelection and Pompeo managing to accumulate capital for the 2024 election. Right-wingers will take advantage of the remainder of Trump’s first presidential term to polarize the U.S. strategy toward China. This will add more complexity and peril to the situation.

The more complex the situation becomes, the calmer China needs to be. Despite recent incidents, the relationship between the two countries has long enjoyed wide public support with many people in the know, both in China and the U.S., expecting it to finally stabilize.

China should prevent bilateral relations being overturned by the Trump administration so that they will less likely plunge into the pit of Cold War 2.0. It is necessary to appropriately set the pace and direction of interactions, avoid being led by U.S. maneuvers, and leave room for long-term stability.

China is not compelled to respond to the anti-communist McCarthy-type ideological rhetoric used by Pompeo and his likes. For China’s international recognition, facts are more significant than wars of words. The moral superiority that the U.S. has long fancied in its relationship with China and other countries has collapsed. China should handle its own affairs with confidence, better explain itself to the world, continue exchanges with other countries and encourage people to respect and appreciate different social systems.

From now to early next year will be critical for China as it must cope with huge risks and challenges, the result of which will have a significant effect on whether the competition-based China-U.S. relations in the future will be benign or vicious. In other words, if the fall of bilateral relations reaches a certain low level during this year’s U.S. elections, the new administration will be greatly hampered in bringing them back to rationality.

At this stage, China needs to be sufficiently aware and capable of planning ahead, and manage and control crises in a well-conceived manner, with public opinion leaving room for diplomatic activities. China’s decision to close the U.S. Consulate General in Chengdu, the southwestern province of Sichuan, is a precise and powerful diplomatic response.

The wisdom of great powers lies in that however deteriorated their relations are, they are open to dialogue rather than punishing each other by closing channels of communication. However, the official channels for dialogue between China and the U.S. are close to full disruption. In a recent interview with the U.S. press, Chinese Ambassador to the U.S., Cui Tiankai, lamented that “there is not even any dialogue at the moment, which should be considered highly abnormal.”

The Trump administration’s extremist orientation against China is also going beyond the endurance of establishment Republicans. When refuting Pompeo’s speech in his Washington Post article, Richard Haass, President of the U.S. Council on Foreign Relations, cited the famous words of Theodore Roosevelt: “Speak softly and carry a big stick,” and stressed the importance of repairing partnerships with allies and returning to the international agenda of dealing with global challenges.

Some officials in the Trump administration have the same concern. In his July testimony to Congress, Secretary of Defense Mark Esper said he hoped to visit China later this year “in order to enhance cooperation on areas of common interest” and “establish the systems necessary for crisis communications.” Deputy Secretary of State Stephen Biegun also named some global issues that the two countries could cooperate on. China might consider taking these initiatives.

The next few months will be the time when China and the U.S. prepare to restart their relations from a new standpoint following the November elections. China will need to prepare its policies and make them clear.

If the U.S. has already determined its strategy and tries to suppress China as a tougher opponent than the Soviet Union to maintain its global leadership and force China to compete, what will China aim for? Vindication, a short-lived win, or the right to continue its rejuvenation and development in the existing international system?

I’m for the third answer.

The author is an op-ed contributor to Beijing Review and a researcher with the Pangoal Institution.

You May Like
China’s Rapid Rebound Highlights the Strength of Its COVID-19 Response
FOCAC: 20 Years of Achievements and Strong Branding
Pioneering Port city Embodies Chinese Dream of National Rejuvenation Coming…
Global Vaccine Cooperation to Fight Pandemic
China’s Governance: Reaching Out Beyond the Borders
The World Body Needs to Reflect New Global Realities
China on Target to Build a Moderately Prosperous Society
China’s Five-Year Plan Goals Being Achieved Despite COVID-19
Use Wechat scan the qrcode, then share to friend or feed.