Yves Leterme: Strengthening the Infrastructure Links with China is a Valuable Contribution

In this exclusive interview with China Focus, Mr. Leterme shares his views on China’s poverty eradication efforts, how Belgium ports are benefiting from investment via the Belt and Road Initiative and why closer EU-China relations are needed in an increasingly volatile world.

Editor’s Note: China’s development has been one of the greatest phenomena in the world. In 70 years, the once poverty-ridden country has risen to become the second largest economy in the world, developing, modernizing and opening-up at a rate that took other countries hundreds of years to achieve.

Greater exposure has enabled the international community to know, understand and get closer to China, but as with any dramatic change, reservations and misgivings can transpire. In an effort to bridge this gap and comprehend what “New China” means for the international community, China Focus attended the Fourth Understanding China Conference in Guangzhou and spoke to a number of former world leaders, academics and business professionals regarding their thoughts on China’s development.

Yves Leterme is the former Prime Minister of Belgium and once served as Vice Prime Minister and Minister for Foreign Affairs. Currently, he is a member of the Advisory Board of the Academy for Cultural Diplomacy, an international, non-profit and non-governmental organization.

In this exclusive interview with China Focus, Mr. Leterme shares his views on China’s poverty eradication efforts, how Belgium ports are benefiting from investment via the Belt and Road Initiative and why closer EU-China relations are needed in an increasingly volatile world.

China Focus: This year is the 70th anniversary of the founding of the PRC. What has been the biggest change in China over the past 70 years in your opinion? How has the world benefited from China’s development?

Yves Leterme: Personally, I think the number one contribution of China to the history and development of mankind has been the enormous social progress made since Opening-Up. The alleviation of hundreds of millions of people out of a state of extreme poverty to mid-income situations or low-income situations is an enormous contribution. 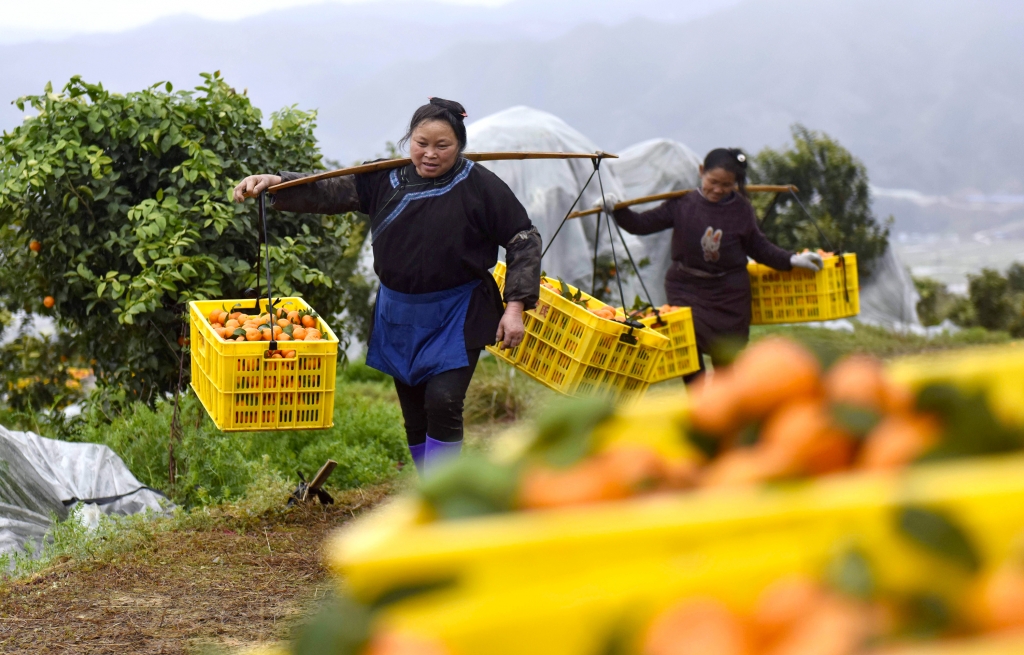 I always say that in terms of the international community, when we look back at the Millennium Development Goals (MDG), we have achieved some successes, some good results in that field, but the extent to which we managed to reach these objectives was for a very important part due to the contribution of China, so I think that is the single most important contribution—contributing to the better present and future of its population.

China Focus: How would you evaluate the speed and depth in which China has opened up over the past 40 years?

Yves Leterme: The speed of course has never been seen before and the volume, the number of people involved, the economic power, is sometimes difficult for us to imagine. I think the speed, it’s very fast. I think it is now starting to be better balanced then it used to be. Alleviating people from starvation and extreme poverty was the first priority, which was very understandable but I think since then, Opening-Up is now very clearly at the centre of development, with sustainable goals and environmentally sustainable development so, I think things are going in the right direction.

China Focus: Chinese President Xi Jinping put forward the Belt and Road Initiative (BRI) in 2013. The initiative is drawing more and more countries to participate in it. What do you think about the BRI’s role in promoting the common development of the world?

Yves Leterme: I think it is a very important contributor to development, for instance for less developed countries. The fact that their infrastructure, that some basic needs are fulfilled is a very important impulse for their own development and I trust that this happens with common interests at the core of the discussion—not only because of the resources these countries have but also to have a sustainable development for these populations.

For more mature economies—for instance European countries—they need good dialogue with China about opening up infrastructure and strengthening the infrastructure links with China for the future and to the extent in which it is concentrating on that, I think is a valuable contribution. 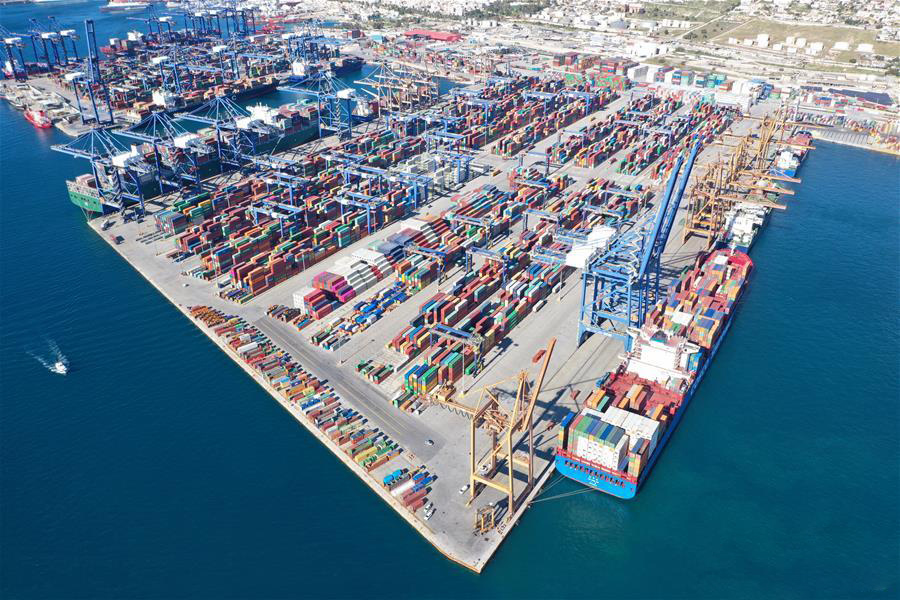 Of course, there needs to be a political debate, a political discussion about these conditions, based on which these kinds of initiatives take place and how we can create win-win situations.

China Focus: What do you make of the rising number of European countries signing up to the Belt and Road Initiative?

Yves Leterme: I think it is to a certain extent an irreversible trend. I would say, as a Belgian, that we haven’t been waiting for BRI to already practise what BRI aims at. There is a very important part of the port of Antwerp, the most important logistical hub in Belgium, already in the hands of a Chinese company and Chinese companies have co-developed the port of Antwerp in connection with its hinterland in Germany and further on eastwards.

What I want to say is that even if Belgium at this stage has not signed yet a binding document, in practise, the Belgium authorities are very open to cooperation and are trying to make the best out of it for China and also for its own businesses and people. So, I think that in the next months and years there will be opportunities for the new Belgium government to cooperate with China and then based on that, there should be a possibility to find a constructive agreement with the Chinese authorities.

China Focus: What do you make of the current relations between China and Belgium?

Yves Leterme: I think they are excellent and what is also very important is not only is there an excellent level of cooperation between authorities, but more over it is really owned by the people. Next month we will have the biggest ever trade and investment mission coming to China—600 Belgium businessmen and businesswomen under the leadership of the princess of the kingdom of Belgium—eager to cooperate, to do business and to concretely cooperate in the fields of education and of social affairs. I think it’s a very nice token and proof that beyond the good relations between the political authorities of China and Belgium—and they have been traditionally for decades excellent—that beyond that, in reality between the citizens there is indeed a very strong cooperation and will to extend and expand it.

China Focus: China’s business environment has been increasingly improving in recent years. How has this helped Belgium companies doing business in China?

Yves Leterme: The progress China has made in the ranking of doing business, to access their capacity to do business and the conditions in which you can do business in China, is excellent. 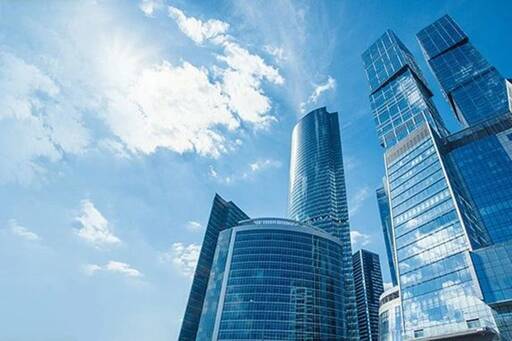 There is still a possibility to improve it, but that’s the same for Belgium. What is important is that there is a strong will from the Chinese leadership to open the economy, to work together, to have a multilateral approach to economic problems and more over to make it possible for companies and people that want to invent, want to invest, to do so on a fair basis and equal footing based on strong rules and strong regulations.  So, the fact that the Chinese leadership has clearly chosen this direction, is very positive.

China Focus: What do you think are the chances of a China-EU free trade agreement?

Yves Leterme: I think there is a chance but of course in some domains there is still some progress to be made. We perceive situations in the field of tendering in the public sector, in the protection of intellectual property, the repatriation of profit, we think there is still room for improvements but I think a lot of progress has been made, very recently even. I think the interests of the European Union and China coincide to the extent that in a very difficult world, very volatile world, sometimes a bit chaotic due to the American attitude of the American leadership, there is a common interest to support a multilateral and bilateral approach to improving free trade conditions.

Whatever the political evolution is in the US, it is in the interest of both the citizens of Europe and China that we can do business together, that we can create win-win projects and cooperation and for that I think that an agreement would be excellent.

China Focus: What do you think of Chinese President Xi Jinping’s proposal for “building a community with a shared future for mankind”?

Yves Leterme: I think the 75th anniversary of the UN is the good moment to agree on shared values, on shared goals and to agree on strengthening global governance. I think that president Xi Jinping has pointed at the right priority [global governance] and I think he will find in lots of European leaders, the vast majority of European leaders, strong allies to strive and achieve that endeavour.