For the Public Good 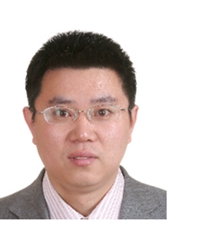 When the Belt and Road Initiative was first put forward in 2013, few might have imagined that it would encompass more than 150 countries and international organizations in collaborative projects in a matter of years.

The initiative, proposed by Chinese President Xi Jinping and consisting of the Silk Road Economic Belt and the 21st-Century Maritime Silk Road, aims to boost connectivity along and beyond the routes of the ancient Silk Road. With a view to enhancing both China’s development and its cooperation with global partners, it focuses on cementing links in five key areas: policies, infrastructure, trade, finance, and people-to-people bonds.

The number of cooperation documents signed between China and other countries has increased substantially as the circle of participants in the Belt and Road Initiative widens. Italy became the first member of the Group of Seven to sign a memorandum of understanding on the initiative with China in March. Italian Prime Minister Giuseppe Conte said Italy is glad to seize this historic opportunity to join the Belt and Road Initiative, with its special geographical advantage in building connectivity.

To date, China has signed 173 cooperation documents with 125 countries and 29 international organizations. According to Building the Belt and Road: Concept, Practice and China’s Contribution issued in May 2017, there were only 46 agreements with 39 countries and international organizations at the time. Meanwhile, the Belt and Road vision has been incorporated into the documents of major international institutions including the UN, the Group of 20, the Asia-Pacific Economic Cooperation and the Shanghai Cooperation Organization.

Third-party market cooperation was put forward for the first time by China and France in 2015. Using this concept, China aims to cooperate with developed countries to promote the development of the Belt and Road Initiative. Over the past years, many projects have been carried out in third-party markets, and tangible results have been achieved.

Japan, previously reluctant to participate in the initiative, has changed its attitude and begun to work together with China in third-party markets. In October 2018, during the first forum on China-Japan third-party market cooperation, a total of 52 agreements with a combined value of $18 billion were concluded by the two sides. These covered fields such as infrastructure, finance, and logistics and information technology. The results of third-party market cooperation have effectively responded to the doubts and prejudices some countries have about the initiative.

Various forms of the “China plus” model have been proposed, promoting bilateral and multilateral cooperation in different fields. In October 2018, China and 17 other countries announced the building of the Belt and Road energy partnership. A forum on international commercial mediation for the Belt and Road was held in the same month in Italy, where a joint declaration was issued by 21 institutions from 12 countries. In May 2018, China and member countries of the Eurasian Economic Union signed an agreement to cut trade barriers and facilitate economic activities, representing a new stage of enhanced cooperation.

China has continued to work with relevant countries to create a transport infrastructure network connecting the sub-regions in Asia and linking Asia, Africa and Europe to enhance connectivity and boost the efficiency of regional and sub-regional logistics. Over the past two years, the Mombasa-Nairobi railway and the Addis Ababa-Djibouti railway have started commercial operations, while the construction of the China-Laos railway, the Hungary-Serbia railway, the China-Thailand railway and the Jakarta-Bandung high-speed railway in Indonesia has begun. Moreover, the Moscow-Kazan high-speed railway and transportation corridors between China and Russia have both emerged as promising projects.

Among all the projects, the China-Europe railway express is the most striking. In 2018, trips made by cargo trains traveling between China and Europe totaled 6,363, a year-on-year increase of 73 percent. The number of return trips from Europe to China was 2,690, an increase of 111 percent over 2017. Plenty of high-quality products from other countries participating in the Belt and Road Initiative enter the Chinese market this way.

The building of a Silk Road in the air between Luxembourg and Zhengzhou, capital of central China’s Henan Province, is another highlight. The role of this airborne Silk Road should not be underestimated. The total volume of cargo handled at Zhengzhou’s airport reached 500,000 tons in 2017, of which shipments to and from Luxembourg accounted for nearly a third on 789 flights.

Achievements have been made in the construction of free trade areas. On January 1, 2018, the free trade agreement (FTA) between China and Georgia took effect, the first of its kind since the Belt and Road Initiative was proposed. Subsequently, China completed FTA negotiations with the Maldives and Mauritius. The agreement with the Maldives is the first bilateral FTA for the country, while Mauritius is the first African country to sign an FTA with China. As of March 2019, China had signed 17 FTAs with 25 countries and regions, while nine more are under negotiations, involving more than 30 countries.

Recent years have also witnessed the flourishing of new business models such as e-commerce. The Electronic World Trade Platform, launched by Chinese e-commerce giant Alibaba, is accelerating its construction. China and 75 other members of the World Trade Organization (WTO), including Japan, the United States, the European Union, and Russia, released a joint statement in January, intending to initiate WTO negotiations on trade-related aspects of e-commerce.

Production capacity cooperation under the framework of the Belt and Road Initiative fits participating countries’ economic diversification and modernization strategies. Industrial parks and the China-Kazakhstan model are two representatives of this.

By the beginning this year, 82 industrial parks had been built by Chinese enterprises in 24 countries, with a total investment of $30.45 billion. A total of 4,098 enterprises had been attracted to these parks.

China-Kazakhstan cooperation in production capacity is quite different, where there are no geographical restrictions and governments play an obvious guiding role. Intergovernmental discussions have brought about the establishment of funds and special loans, enabling the projects to be carried out. In November 2018, the 15th discussion on production capacity and investment was held, during which 55 key projects were agreed upon with a total investment of about $27.4 billion. This model has been applied to other countries. For instance, China and Saudi Arabia signed a memorandum of understanding on key projects concerning capacity cooperation in February, which identified 18 projects.

In recent years, the Belt and Road Initiative has been facing critical questions by some countries. As the number of projects carried out under the initiative increases, it is a fact that they might be implemented with varying quality. China is making significant policy shifts to ensure high-quality implementation.

The emphasis is on guidance for Chinese enterprises. For example, in August 2017, the National Development and Reform Commission, the Ministry of Commerce, the People’s Bank of China and the Ministry of Foreign Affairs issued a joint circular to provide further guidance and regulation on overseas investment, which drew a clear line between the do’s and don’ts. Other documents include a code of conduct on private enterprises’ overseas investment and operation promulgated in January 2018, and guidelines on compliance management of enterprises operating overseas issued in December the same year. These are intended to guide enterprises to operate in compliance with laws and regulations.

Another focus is put on services to these enterprises. Examples include the guidelines on taxation for enterprises going global issued by the State Taxation Administration in October 2017 and an overview of foreign exchange management policies in Belt and Road participating countries issued by the State Administration of Foreign Exchange a year later. These documents are designed to help enterprises operating overseas become better equipped to cope with uncertainties in foreign markets.

The reason why the initiative has grown in popularity is that it focuses on the development, the biggest concern for many countries. This means it is in line with the strategic interests of these countries. In most participating countries, there is a large development gap, and much remains to be done regarding infrastructure and urban construction. With a full range of industries, strong capacity and high efficiency, China can cooperate with them in a broad array of areas. In addition, given burgeoning cooperation between China and developed countries in third-party markets, an even stronger synergy will be forged.

The author is deputy director of the Center for the Belt and Road Initiative, China Institute of International Studies