Getting the Key to Understand China

Anyone who studies Chinese society knows how important it is to follow the statements of its leaders.

“History shows that the future and destiny of each and every one of us are closely linked to those of our country and the nation. One can do well only when one’s country and nation do well.” This reflection is written in President Xi Jinping’s book entitled The Governance of China. It is a two-volume work with more than 1,000-pages that includes speeches, interviews, and messages from the Chinese president since he took the helm of the Communist Party of China in 2012 and took over the presidency of People’s Republic of China in 2013.

Anyone who studies Chinese society knows how important it is to follow the statements of its leaders. Unlike in many countries where political discourse has lost credibility because of its disconnect from reality, in China, due to the characteristics of the political system and its governance model, the leadership’s discourse can result in concrete policies being implemented, that is, political speeches are action-oriented.”Empty talk harms the country, while hard work makes it flourish.” In this sense, ignoring what the president of China says is, to some extent, to be unaware of an essential part of national political life, the Chinese way of thinking, and the Chinese reality.

China has a tradition of great leaders who are also thinkers. The respect for knowledge from the leader is an ancient characteristic of Chinese society. And when the leader brings these two competencies together, he not only legitimates himself before the people, but also legitimizes the country’s governance model. The wise leader holds the power of knowing how to rule a country. It means he has an understanding of the complexity of the challenges facing the nation. In his book, Xi reveals a clear awareness of these challenges when he addresses the deepening reform of the market economy: “Letting the market play the decisive role in allocating resources and letting the government better perform its functions are not contradictory. It does not mean that the market can replace the government’s functions, nor vice versa.” Uncertainty about what will unfold in the country’s life as a result of the process of becoming a developed economy is not making the government retreat from its political reform and opening-up. 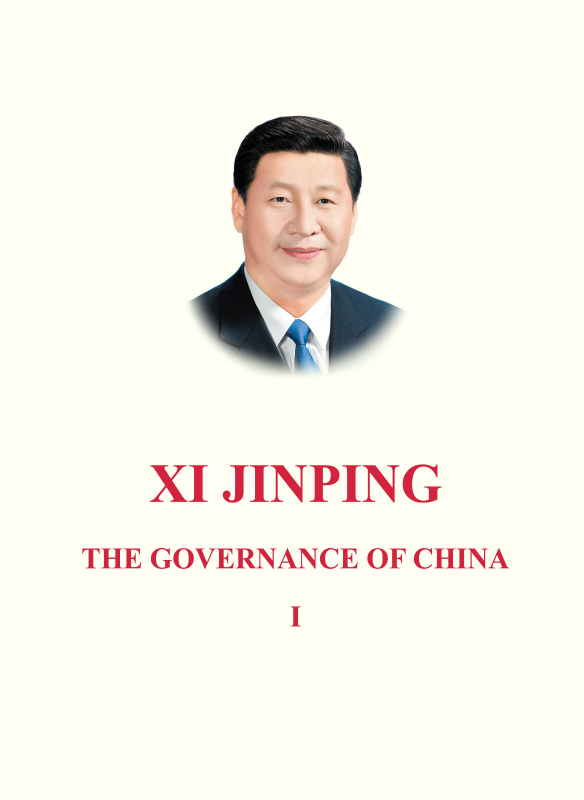 China is a country in transformation and the dialectic in the relationship between government and market has given the country a unique dynamism. “We should make good use of the roles of both the market, the ‘invisible’ hand, and the government, the ‘visible’ hand. The market and the government should complement and coordinate with each other to promote sustained and sound social and economic development.” From this perspective, Xi seems to be less dogmatic than many leaders from liberal democracies who consider the “invisible hand” of the market as the only possible way to promote economic development with social justice. China is more flexible and pragmatic than many Western countries in dealing with the real problems of the economy.

Xi Jinping has been considered, by international public opinion, the most powerful and influential political leader in the world. The cover of the magazine The Economist, in one of its October 2017 issues, featured an image of Xi accompanied by the words: “The world’s most powerful man.” The same year, on the eve of the 19th National Congress of the Communist Party of China, French newspaper Le Monde published an article titled “China: The Return of the Great Power.” And in Brazil, TV news channel Globo News acknowledged that, “President Xi Jinping becomes China’s most powerful man since Mao Zedong.” Many news outlets around the world have given Xi global leader status. But beyond these acknowledgements of Xi, this is also an acknowledgment of the success of the Chinese governance model.

So, reading Xi Jinping’s book is not only a way of understanding what China’s powerful leadership think, but also understanding the Chinese political system, Chinese society and, to some extent, the way China relates to the world. The book addresses diverse topics such as socialism with Chinese characteristics, the Chinese dream, reform and opening-up, rule of law, national defense, diplomacy with neighboring countries, and the fight against corruption. Paraphrasing the first quotation written in this review, history teaches us that the destiny of each country is closely linked with that of humanity. And in this concert of nations, China occupies a prominent place thanks to its presence and relevance in today’s world. Thus, to ignore China is to ignore the future of humanity. The Governance of China is a must-read for anyone who wants to have a broader and deeper understanding of China under the eyes of one of its greatest political leaders. The first volume of the work is already available in the Portuguese version. And the second volume will be released in Brazil at the end of October this year.

Evandro Menezes De Carvalho is chief executive editor of the Portuguese edition of China Today, a professor of international law, and head of the Center for Brazil-China Studies at the FGV’s Rio de Janeiro Law School, Brazil.