【70 Years Anniversary of PRC】Allie Farmandeh: China Has Pioneered a New Path of Collaboration

China is just one party in the whole global community, and one party alone is unable to solve the shared challenges we all face. Each nation has its own task to do in order to bake the very delicious cake of sustainable development.

Editor’s Note: This year marks the 70th anniversary of the founding of the People’s Republic of China (PRC).

Allie Farmandeh, Chairman of China-Sweden Business Council, is in favor of the growth and development of free trade, transparent partnership in the world, and win-win cooperation. He believes that the geo-economy should be the focus of the era, not geopolitics. In this exclusive interview with China Focus, Mr. Farmandeh gives his view on the China-Sweden relationship and China’s role in global governance.

China Focus: How would you describe the current relationship between China and Sweden in three words? 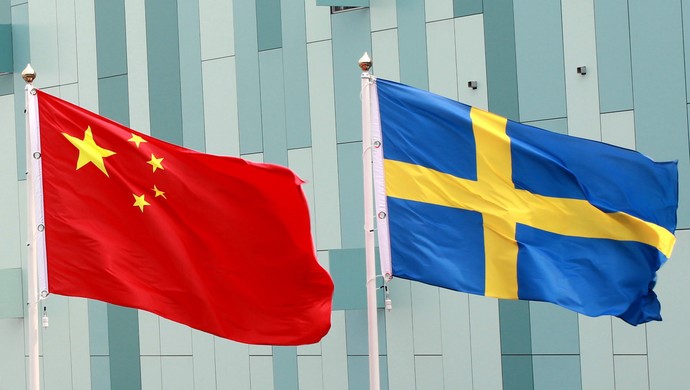 China Focus: Sweden was the first Western country to establish diplomatic relations with the People’s Republic of China, on May 9, 1950. What is the main reason the two countries have continued to build on their partnership over the past 70 years? What do you expect for China-Sweden relations in the future?

Allie Farmandeh: Sweden has a culture of accepting people as they are. On the international stage, we have never demanded that others be like us in order to work together. We have never therefore had a mentality of colonialism or putting nations in different blocs. We have always remained neutral. I think it is a mixture of these elements which have contributed strongly to our relationship with China.

My expectation is that our relationship will develop to be stronger, more cooperative and innovative than ever before.

China Focus: What is the greatest achievement that China has made over the past 70 years in your opinion? How do you describe China’s changing role in global governance? And how do you see China’s role in the future?

Allie Farmandeh: The greatest achievement is putting an end to the poverty of millions of people in China. No country has ever achieved such a feat within such a short period and on this large of a scale.

About the global governance, China has pioneered a new path of collaboration. We have grown used to international powers establishing prerequisite requirements such as inclusion into different international pacts, and the taking political sides in order to enter into large scale collaboration efforts.

China has its own path in the international arena for collaboration: they are not terming the partnership with exclusivity from others, they are including others in partnership as they are as a nation and are not excluding if countries for being a member of this or that block. This approach presents new opportunities to many countries. This new path encourages the development in bilateral and multilateral relations as well as facilitates smoother and more sustainable cooperation. 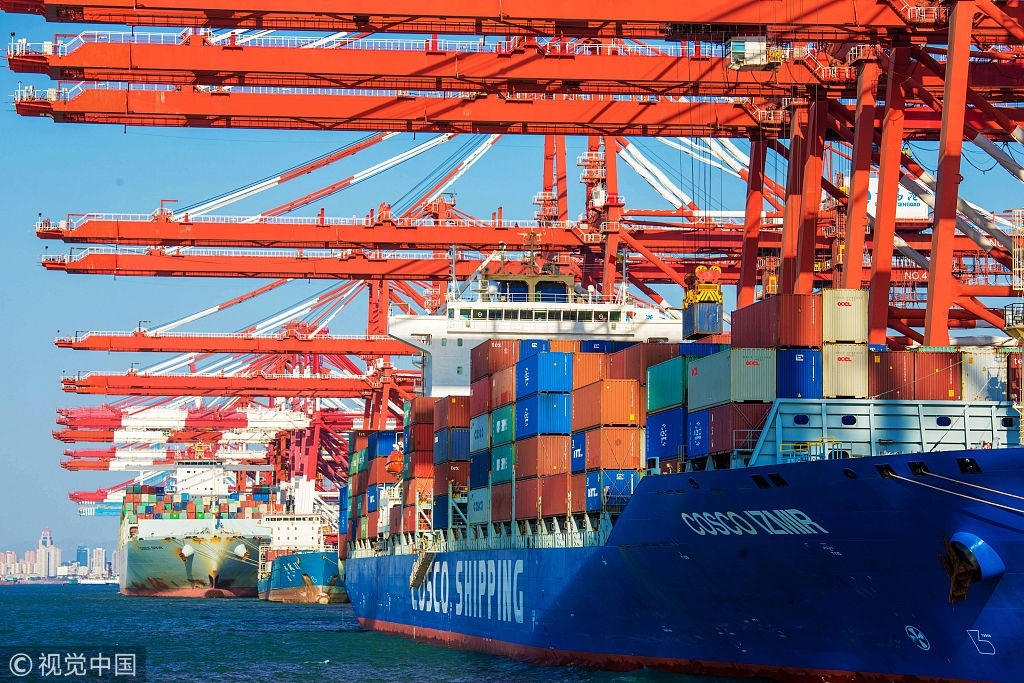 China Focus: What do you think about “building a community with a shared future for mankind” proposed by Chinese President Xi Jinping? And what does it mean to the world? How does Sweden view this proposal and how will Sweden benefit from it?

Allie Farmandeh: This idea was actually established in the ancient Silk Road project which encouraged the nations involved to be peaceful and collaborate with each other and benefit from shared development. The Belt and Road Initiative (BRI) represents a modernized concept of this, rather than as many have suggested, as a way of enforcing soft power over others. The BRI aims to cooperate with other countries and accept each nation’s culture in order to move forward together.

We recognize that each country moves forward in its own way and at its own pace. By accepting this and not interfering with the pace of participating nations development is what the whole concept of a shared future for mankind relies on.

Sweden is one of few countries that maintains a surplus in trading with China, thanks to our innovations and modern mentality and international outlook. Many companies in Sweden already cooperate in global projects of the BRI. Together with China we are working for sustainable development and the inclusion of other countries into these projects. But at the same time, we recognize that taking a new path towards global governance is not easy politically and it may take longer than expected to achieve. Throughout history we have witnessed many changes in global governance and we have seen that reactions for and against have been politically challenging. The business community usually finds opportunities and have therefore always been at the forefront of change. In my opinion as a member of the business community, I see only opportunities rather than obstacles. Many western countries can make improvements to their infrastructure and therefore sustainable collaboration towards mutual development is needed everywhere. 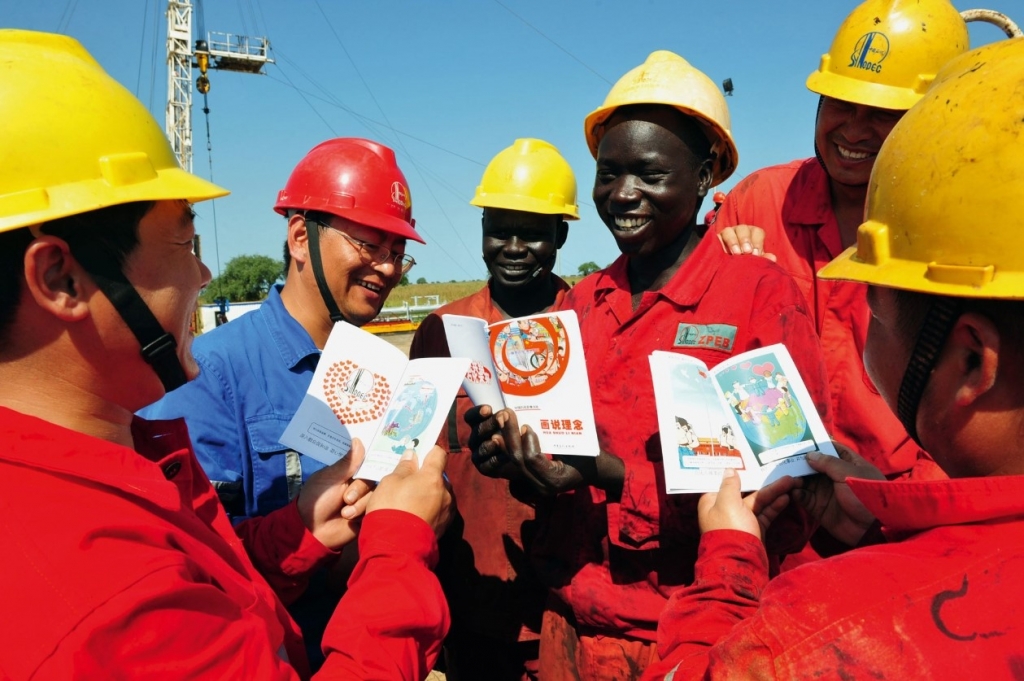 Allie Farmandeh: The biggest challenge the international community faces is smooth cooperation on a global scale. Much of this opportunity disappears when efforts are made to block each other’s way and attempting to exclude others as well as by the establishing of terms and conditions. I think the mentality of the international community should focus on how we can bake a cake together rather than which portion of cake should be taken by each party.

China is just one party in the whole global community, and one party alone is unable to solve the shared challenges we all face. Each nation has its own task to do in order to bake the very delicious cake of sustainable development.

Allie Farmandeh: I congratulate China for its hard work and finding its own way to improve the livelihood of millions of people. I also congratulate China for being innovative and establishing an original path for the benefit of its own people and not copying other models. Every nation is unique in who they are, and should not attempt to imitate or follow the paths of others in order to be successful. Each nation has something to teach and something to learn. The Chinese people have certainly taught others how to achieve rapid changes on a large scale. They deserve all their achievements and success.

You May Like
Hong Kong Needs Law to Protect National Security
Trump’s Threat to Pull WHO Funding Will Isolate US
Dawn of a Civil Code Era
Acts Harming National Security Intolerable
Two Sessions signal China returns to normalcy
Shanghai Working for Post-Pandemic Economic Recovery
A Port City’s Quick Response to COVID-19
The Civil Actors’ Role in China’s COVID-19 Response Were Overlooked in Western Media
Use Wechat scan the qrcode, then share to friend or feed.