“The Belt and Road might see the development of a framework or structure. But at the moment, it is really early days. So it is hard to be clear about what it really means.”

On Sept. 7, 2013, Chinese President Xi Jinping delivered a speech at Nazarbayev University in Kazakhstan, proposing the concept of “Silk Road Economic Belt”. On Oct. 3 of the same year,he also put forward the idea of the“21st-Century Maritime Silk Road”in Indonesia.These two terms are now referred to as the Belt and Road Initiative.

With the theme of Belt and Road construction, China Focus is set to launch a series of high-profile overseas interviews to gather real insights from academic and the political elite in the UK, Singapore, Thailand, Australia, etc. This will provide useful experience and reference for the future development of Belt and Road cooperation. 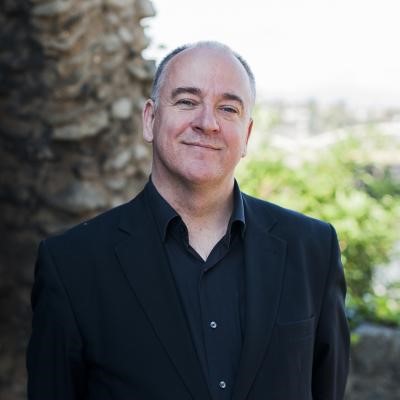 Interviewer: Xue Li，professor for University Of CASS, director of the Department of International Strategy at the Chinese Academy of Social Science’s Institute of World Economics and Politics.

China Focus: In your opinion, what is the dynamic shaping Xi Jinping’s proposal of the Belt and Road Initiative (BRI)?

Kerry Brown: It is partly in order to express what China wants to the rest of the world in a way which the rest of the world can engage with. It is in some part because of the pressure in the last 10 years, leading China to say more about what it wants from the world around it and for China to be able to acquire a sort of acceptance or acknowledgement of what it wants. Generally speaking, it’s one kind of the big dialogue. It’s something that hasn’t happened before.

China Focus: Is BRI mainly about the economy, or does it go beyond the economy?

Kerry Brown: It couldn’t just be about the economy. It couldn’t be about the economy alone. It does have all sorts of cultural, political and philosophical issues. There are many debates at the moment about what it means. I guess the easiest way to understand it is through economics. But it is obviously much more than that. That’s what we are trying to work out at the moment.

China Focus: What are the advantages and disadvantages of the BRI?

Kerry Brown: The advantage is that we know a little bit more about what China wants. China has learned about developing its economy and this information can be shared around the world. The second advantage is that it creates a common language. So we need to talk to China to develop a better understanding of the world’s second biggest economy. And third is that it obviously benefits our economies in Europe or Asia. We have productive ways of working with China, which is reciprocal. The Belt and Road might see the development of a framework or structure. But at the moment, it is really early days. So it is hard to be clear about what it really means. But at least we have the structure. It gives us a structure. So the Belt and Road is a structure and a kind of large strategic framework. It makes sense.

The disadvantage is that it is a huge idea and I think there is no real consensus on what it really means. So we all try to work out what exactly this idea means to the world. Everyone seems to have a very different idea, so there is no easy consensus. You just said it is about the economy. Most people would think of it as an economic idea or something that helps in building infrastructure. But clearly it involves more than that. That’s when things get more complex.

China Focus: Have you noticed any changes in the image of China?

Kerry Brown: China’s image is more complex. Some worry about China. They think the Belt and Road is about debt. Some are obviously more interested in getting financial gain from China. But certainly you can say that compared to five years ago, policymakers in Europe or elsewhere around the world are thinking more about China. We are more aware of the complexity of the situation. We know that China has complexity and we need to deal with that. We can’t just ignore it.

China Focus: What is the next step China should take to improve the implementation of the BRI?

Kerry Brown: It’s something that just has to grow. I mean we don’t really need to do things because lots of things are already happening. I think enough is happening. You can’t keep on doing the things you know. Sometimes, you just let things happen. So I think with this it needs to grow with all those involved, getting a feel for the speed of it. They can deal with the speed. They don’t want things to happen too quickly. I don’t think China can really push quickly. It’s got to grow more organically.

China Focus: In your opinion, what are the existing problems regarding BRI sustainability and how to solve or improve them?

Kerry Brown: It is too early to say. We have to remember that it’s early days. I mean China as a country has the capacity now to do much more than before. The question is what it wants to do with that power. That’s what we are trying to work out. It’s going to try the Pax Sinica approach, and we never have that in modern history. What are Chinese values? I mean that is not an easy question.

China Focus: Do you think it is possible that China will replace the role of the United States in the world in the long run?

Kerry Brown: I don’t think so. There are two questions. One question is, does it want to? If they say they don’t want to, then they don’t have the objective. What does that mean? That means China is kind of having the same sort of heavy burdens and responsibilities and spending the same kind of money that Americans spend. That’s not so easy. So it seems that’s not what China wants. It doesn’t seem to want that. So China wants to be a different kind of power where it shares, like it’s facilitating power. It’s interesting to be a facilitating power. That means they can say what they think about issues in the world around them. Do they feel comfortable with the sort of China that has never before existed in modern history? We don’t have any map.

China Focus: What kind of role does the UK play? Is there a close connection to Brexit?

Kerry Brown: Yeah, I think it has a connection with Brexit. After we have to leave the European Union next year, we will try to seek a kind of new relationship with China, which is what we say we want. That kind of relationship is probably going to be about attracting more investment and financing in the city of London. I mean I think the BRI is important because we need to think about what China means to us. Perhaps not many people have thought about that.