In the course of promoting the Belt and Road Initiative (BRI), it is difficult for China to completely avoid other countries’ subjective inferences. It can only be proved by facts that China is not as the outside world thinks. And there is also room for China to communicate with other countries and reduce doubts.

With the theme of Belt and Road construction, China Focus has launched a series of high-profile overseas interviews. Today we have an exclusive interview with Professor Aileen Baviera, former director of the University of the Philippines Asian Center. 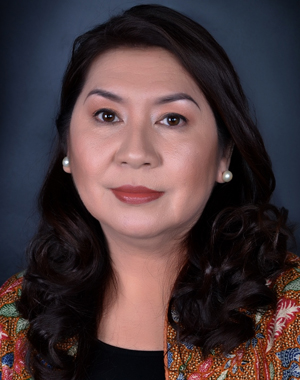 China Focus: Chinese President Xi Jinping proposed the BRI in 2013. What do you think of its impact on the development of the Philippines?

Aileen Baviera: The BRI emphasizes infrastructure construction, so the plan for economic development is very significant. The initiative has also strengthened the political links among countries in this process, especially elite groups of beneficiary countries.

The BRI has been carried out for six years. Looking back, it has enabled China to work more closely with other countries in economy, finance and technology.

At present, many of its projects are under construction in the Philippines, while more projects have been approved. But they have not yet been completed. If you see traffic in Manila, you will know how terrible the Philippines’ infrastructure is. It is obvious that the country needs to expand its roads. In addition, urban water systems are vulnerable.

Due to geographical factors, it is hard to connect the Philippines’ domestic markets to each other in order to promote economic exchange. That is, there are serious problems in the infrastructure of the Philippines. China can play a very important role in its infrastructure. Currently, Belt and Road projects are conducting slowly, but if we can overcome these difficulties, the prospects are still very optimistic.

China Focus: What do you think about the overall implementation of the BRI in the Philippines?

China Focus: For China, industrial park construction is an important part of the BRI, such as the one at Sihanoukville Port in Cambodia. In terms of China-Philippines cooperation on the initiative, do you think it applies to the Philippines?

Aileen Baviera: Yes. Industrial parks have brought more job opportunities to local communities; it’s especially good for the manufacturing industry in the Philippines. Technology transfer is also a good push, which can make a greater contribution to community development. The Philippine manufacturing industry will see sustainable development in the future, reducing its dependence on imported products.

The construction of industrial parks in both coastal and inland areas is popular, especially when it can bring more job opportunities and technology transfer.

The Philippines has established special economic zones in some areas. China can invest in areas designated by the Philippine government, which has already contacted Chinese investors and published relevant policies. For newly-built industrial parks, how to obtain land-use rights is a problem. Local governments’ rights to allocate the land are limited.