【High-level Interview】 Vietnamese Scholar: BRI Can Integrate the World Economy and Trade into a Unified Internet

Scholars in Vietnam believe that BRI will bring lots of opportunities to Vietnam’s infrastructure construction, regional economic and trade cooperation and help promote its economic development and integration into the region

With the theme of Belt and Road construction, China Focus has launched a series of high-profile overseas interviews. Today we have an exclusive interview with Phung Thi Hue, associate professor and former Deputy Director of Institute of Chinese Studies, Vietnam Academy of Social Sciences. 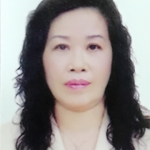 Interviewer: Xue Li, a research fellow at the Institute of World Economics and Politics under the Chinese Academy of Social Sciences

China Focus: In your opinion, what’s the far-reaching significance of the Belt and Road Initiative (BRI) proposed by President Xi Jinping in 2013?

The BRI, which runs across the Asian, European and African continents, has played a significant role in applying China’s economic advantages and reducing market defects with “the active East Asia at one end and the developed European economic circle at the other, while the vast hinterland countries in between have great economic potential”.

By promoting infrastructural connectivity, the BRI will integrate the world economy and trade into a global network and open the “window” of the Chinese economy wider in all respects.

Obviously, the BRI not only exerts the advantages of China’s coastal regions and promotes enterprises to “Go Global”, but it also taps the potential of its western region and connects the central region with the world. In other words, the initiative opens up wider space for more stable, balanced and sustainable development of China’s economy.

(2) Advancing China’s international status. China believes that jointly building the Belt and Road is part of the efforts to build a community of shared future for mankind, promote the reform of global governance system and create an all-round and multi-tiered diplomatic landscape. The BRI fully demonstrates the new Chinese administration’s vision for forming an extensive and diversified network that brings the east and the west together.

The Belt and Road cooperation focus on policy coordination, facilities connectivity, unimpeded trade, financial integration and people-to-people bonds on the principle of extensive consultation, joint contribution, shared benefits and win-win outcomes. This shows that China is building a new channel of external relations to enhance its global influence. The Belt and Road construction has yielded substantial results in the past six years. More and more countries understand and support the initiative, infrastructure connectivity is increasingly strengthened, trade cooperation between China and Belt and Road countries has expanded and a growing number of countries are sharing the benefits of this grand program.

China Focus: What do you think are BRI’s advantages?

Phung Thi Hue: I think the BRI has the following advantages:

China Focus: How would you evaluate the progress of the BRI implementation in Vietnam?

Phung Thi Hue: Having learned BRI’s cooperation goals, contents, mechanisms and its results so far, the Vietnamese government welcomes and supports the initiative.

When Chinese President Xi Jinping paid a state visit to Vietnam and attended the 25th APEC Economic Leaders’ Meeting in November 2017, the two countries issued a joint declaration that confirmed Vietnam’s willingness to fully implement the cooperative documents it signed with China on jointly building the  “Belt and Road” and  “Two Corridors and One Ring”.

Scholars in Vietnam believe that BRI will bring lots of opportunities to Vietnam’s infrastructure construction, regional economic and trade cooperation and help promote its economic development and integration into the region, but it will also face many difficulties and challenges.

In September 2018, Vietnam officially completed the last section of the two “economic corridors”, a cooperative program that connects China’s Guangxi and Yunnan with Vietnam’s Hanoi, Haiphong and ThanQuang Ninh. Vietnam hopes that the two corridors will fully play a  positive role under the Belt and Road cooperative framework. Moreover, Hanoi and Beijing are making great efforts to build cross-border trade zones in Yunnan-Lao Cai, Pingxiang-Lang son and Dongxing-Mong Cai to add to the dynamism of Belt and Road construction.

China Focus: In your opinion, with the launch of the BRI, what changes has China made in terms of its foreign policy?

Phung Thi Hue: After the BRI was launched, the principles of China’s foreign policy remain unchanged. The country still upholds the “independent foreign policy of peace” and advocates “equality, mutual trust, inclusiveness, mutual learning and win-win cooperation” in international relations. But its diplomatic tactics and approaches have changed.

There are several representations. First, China and entered the new stage of proactive steering, for which the BRI is obviously an efficient tool.

Second, China emphasizes the all-round, multi-tiered and wide-ranging diplomatic mode, for which the BRI is a breakthrough.

Third, China is establishing the “major-country diplomacy with Chinese characteristics”, not only building the “new type of major-country relation” with the United States, but also building relations with neighboring countries based on “friendship, good faith, mutual benefit and inclusiveness”. The contents of Belt and Road cooperation fully illustrates China’s new diplomatic mode.

China Focus: After the launch of BRI, what changes have taken place in China’s national image?

Phung Thi Hue: China’s national image has changed after the launch of BRI for several reasons:

In the first stage, which refers to the first two years after the BRI was put forth (especially after the issuance of the Vision and Actions on Jointly Building Silk Road Economic Belt and 21st-Century Maritime Silk Road), most countries in the region realized the benefits of the initiative’s concepts and cooperation principles. All countries jointly building the Belt and Road enjoy equal benefits from the “connected” network and receive great assistance from China. Therefore, China’s image as a major country is enhanced and Belt and Road countries expect to see it assume a higher international standing and fulfill its international responsibilities in the course of implementing Belt and Road construction.

In the second stage, which refers to the past three years and more, countries along the Belt and Road have had continuous doubts about the initiative. For instance, it advocates the spirit of “openness, inclusiveness and mutual benefits”, but what kind of role does this spirit play? Have the participating countries, especially weak and small ones, paid economic, political and security prices during Belt and Road construction? Can they benefit equally from the initiative? China has to answer these questions and solve the problems they imply.