Kong Quan: The Belt and Road Initiative is a Rational and Inevitable Choice

More than 2,000 years ago, the ancient Silk Road connected Asia and Europe and facilitated people interactions and trade between countries along the route, promoting the prosperity and development of their civilizations.

Chinese President Xi Jinping proposed the Belt and Road Initiative (BRI) in order to uphold the Silk Road Spirit and build a new platform for international economic cooperation with the goal to connect Eurasia and other regions. It has created new opportunities for common development and erected a new bridge for the communication and mutual learning of different civilizations. 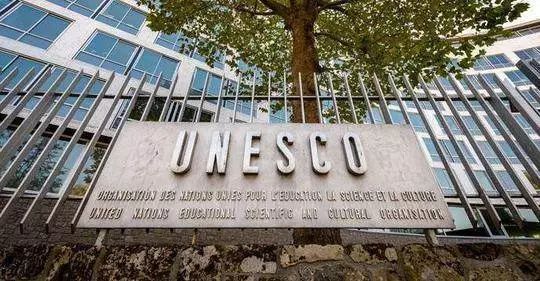 Encouraging Achievements over the Past Five Years

To date, 120 countries and 29 international organizations have signed BRI cooperation documents with China, and aligned their own development strategies and economic growth plans with the BRI, involving cooperative projects worth hundreds of billions of US dollars.

China-EU cooperation has realized brilliant achievements. The freight trains shuttling between the two sides have made more than 13,000 trips, linking 56 Chinese cities with 46 cities in 15 European countries and becoming important channels for cargo flow. The throughputs of major ports such as Rotterdam, Hamburg and Piraeus have increased steadily, their economic influence expanding with each passing day. The cooperation between companies from countries like France, Germany, the UK and Chinese enterprises in third-party marketplaces is just unfolding.

Over more than five years since it was introduced, the BRI has substantially enhanced the connectivity of the Eurasian Supercontinent, integrated the Asian and European markets, and given fresh impetus to the economic growth of both regions. It has also considerably boosted the economic development and employment of countries along the routes, and helped alleviate problems such as poverty, war, terrorism, extremism and illegal immigration. Moreover, it actively promotes the idea of green, low-carbon development, takes concrete action to implement multilateralism, and serves as an important carrier to fulfill the Paris Agreement on climate change and the UN 2030 Agenda for Sustainable Development.

Deepening Exploration and Reflection over the Past Five Years

The BRI is an unprecedented exploration carried out with new ideas on a vast area. From the day of its birth, it has undertaken the arduous task of responding to the demands of various countries, resolve concerns, while always seeking to improve itself.

With the progression of the construction of the Belt and Road and the realization of  its first achievements, most initial worries about the project have vanished. However, new doubts and even criticisms are sprouting. After extensive communication with politicians and scholars from EU countries in the past year, I realize that it is worth addressing the following doubts.

First, some wonder whether the BRI is a geopolitical tool employed by China to seek hegemony and “subvert” the existing international system and order.

Those who are familiar with Chinese history and culture should be aware that the Chinese nation has never had a tendency to hegemony and belligerence. Owing to the sufferings we have endured in our own history, we know that bullying cannot lead to cooperation and hegemony cannot bring about development.

Last year, China celebrated the 40th anniversary of its reform and opening up. This year marks the 70th anniversary of the People’s Republic of China. After decades of rapid development, this ancient nation has taken on a new look. Unremittingly upholding the path of peaceful development is a strategic decision made by China in accordance with the general trend of our times and its own essential interests.

Against the backdrop of globalization, the destinies of all nations are closely connected. No country can walk the old winner-takes-all path. One cannot interpret the history and reality of China with Western ideas and approaches. The old-fashioned mindset that “power leads to hegemony” is not applicable to China, a peace-loving nation that seeks common development.

Second, some argue that China uses the BRI to split the EU. 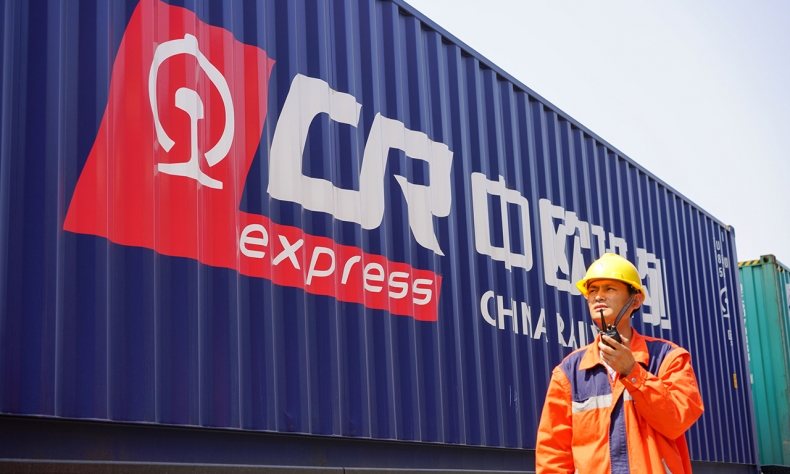 In the mid-1970s, as a young Chinese diplomat, I witnessed the establishment of diplomatic relationship between China and the European Economic Community—the predecessor of the EU—in Brussels. From then on, China has never changed its stance of supporting the development of Europe. Especially a decade ago when Europe faced its worst debt crisis, China offered a helping hand by buying state bonds of eurozone countries in spite of potential grave loss, giving European countries in difficulties some breathing room.

Today, , Central and Eastern European countries are taking an active part in the BRI to steer their own development. In this case, China has no reason to reject them, and it does not think that such open, transparent, friendly and mutually beneficial cooperation will result in the disintegration of the EU. In fact, strengthening connectivity among European countries and narrowing development gaps between EU members are the fundamental goals of European integration.

Third, some wonder whether the development of the Belt and Road will result in the so-called “debt trap.” We must realize that the heavy debt burdens of some countries are the result of long-term accumulation, rather than the fruit of the construction of the Belt and Road in the last five years. The current situation of the world economy, especially factors such as the interest rate hikes of developed economies, the appreciation of major reserve currencies and the reflow of capital to developed countries, has evidently increased the debt burdens of some countries. Objectively, no country has fallen into a debt crisis for joining BRI. Of course, infrastructure projects are productive investment that cannot create obvious returns in a short time, but their long-term returns will be remarkable. It is evidently biased to deny long-term benefits just for not having received substantial short-term returns.

As a wise French proverb goes, “Avec une pierre, on ne fait pas un mur. (A high wall is laid with small stones and bricks.)” Building the lofty “wall” of the BRI requires investment and contribution from every participant. Only based on the consensus reached through extensive consultation can we stride towards joint contribution and shared benefits. Thus, the Chinese side will attentively listen to and ponder over constructive opinions and even criticisms from all European countries. 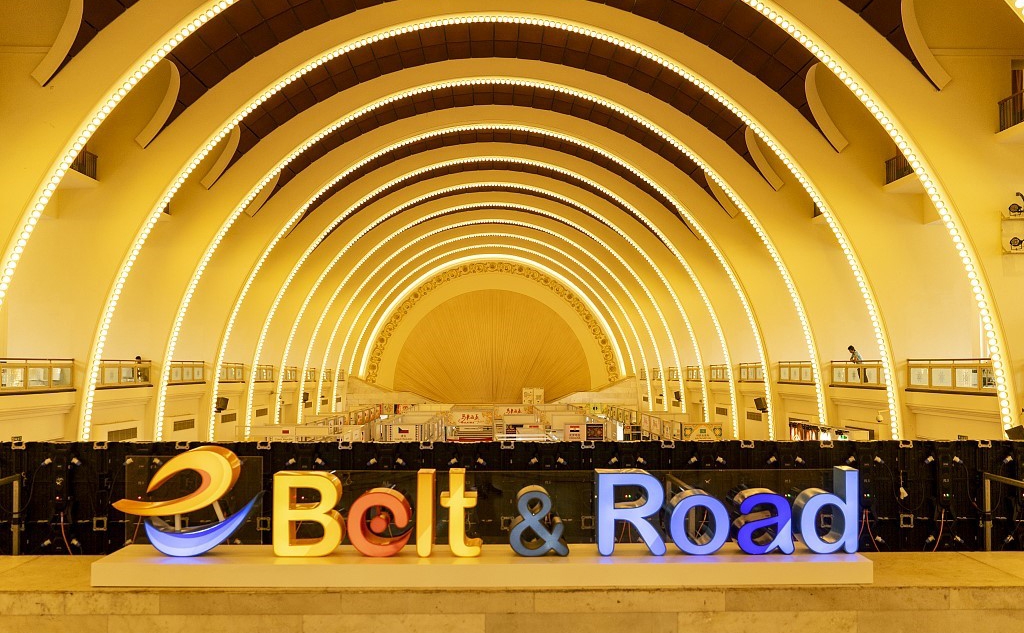 Some Europeans have pointed out that the construction of the Belt and Road should follow international norms and standards that are environmentally friendly and transparent. We absolutely agree with this. The joint communiqué of the Leaders Roundtable of the first Belt and Road Forum for International Cooperation, signed by President Xi Jinping and the leaders of other 28 countries, stressed that the construction of the Belt and Road shall strike a good balance among economic growth, social progress and environmental protection based on universally recognized international norms. Relevant projects shall have economic, social, fiscal, financial and environmental sustainability and abide by the laws and regulations of involved countries.

We have adopted internationally recognized rules and standards in fields like environmental protection, social responsibility and anti-corruption, and joined hands with relevant parties to formulate the Guiding Principles on Financing the Development of the Belt and Road. Collaborating with the United Nations Environment Programme (UNEP), we established the Coalition for Green Development on the Belt and Road and launched the initiative of building “a road with high ethical standards.”

Of course, considering the different national situations and development levels of countries along the routes, all parties should maintain an open attitude and promote dialogue and communication to achieve both “hard connectivity” of infrastructure and “soft connectivity” of rules and standards.

Some people in Europe also believe that the construction of the Belt and Road should be more open. “Extensive consultation, joint contribution and shared benefits” are the golden guiding principles for the development of the Belt and Road. Under the BRI framework, Chinese and foreign enterprises participate in specific cooperation projects in an open, transparent way based on market rules and fair principles, while sharing both benefits and risks. There are countless cases for such cooperation. For instance, Chinese and French enterprises have actively carried out cooperation in third-party marketplaces along the Belt and Road, and Germany’s Siemens has partnered with some 100 Chinese companies to explore the Belt and Road market.

Meanwhile, as a platform for international cooperation, the BRI follows the market rules. The tendering and bidding of relevant projects are transparent. Whether and how enterprises participate in specific projects are their own market-oriented behaviors, and it depends on their competitiveness to win the bid for the projects. 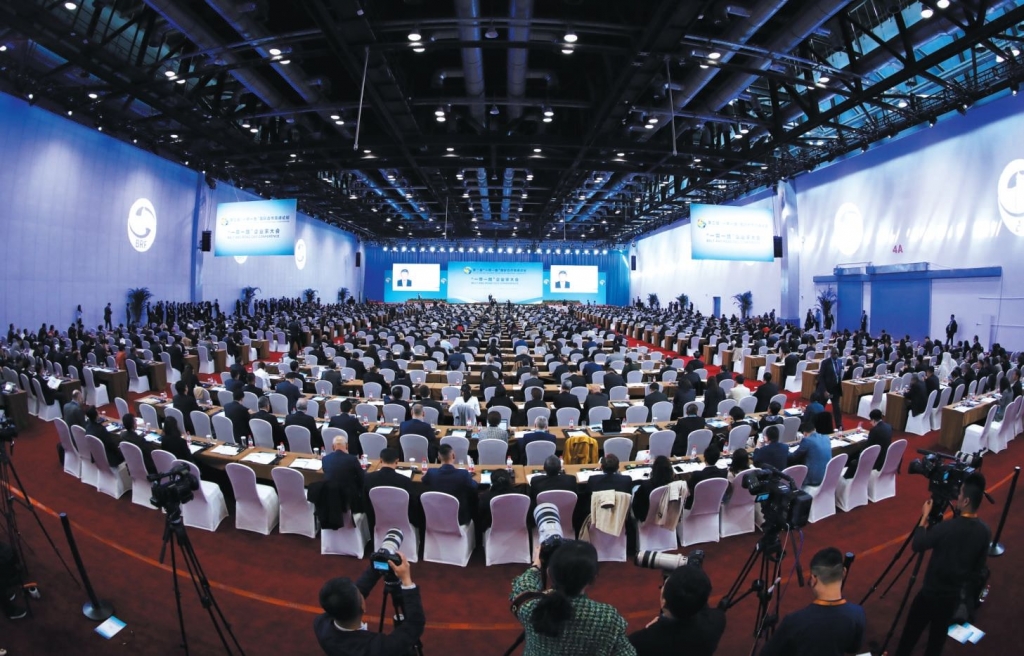 This year marks the 55th anniversary of the establishment of China-France diplomatic relations. In the past, despite incomprehension and even objections from France’s allies, General Charles de Gaulle resolutely and confidently insisted that establishing diplomatic relationship with China be a rational and inevitable choice for the French government. The great French leader’s sonorous statement still resounds in my ears. The fruitful achievements and countless milestones in China-France cooperation have proven the foresight of this decision.

Today, facing the mounting downward pressure of the global economy and the rising unilateralism and protectionism, it should and will be our rational and inevitable choice to advance the construction of the Belt and Road under the principle of “extensive consultation, joint contribution and shared benefits” through partnership between China and France and cooperation between China and Europe.

The author, Kong Quan, is vice director of the Subcommittee of Foreign Affairs of the National Committee of the Chinese People’s Political Consultative Conference (CPPCC), former vice director of the Office of Foreign Affairs of the Communist Party of China (CPC) Central Committee, and former Chinese ambassador to France. This article is his speech at the second session of the Belt and Road Paris Forum on January 10, 2019.