Life Lessons from China’s Response to the Coronavirus

Why Chinese today are able to tackle such formidable foes as poverty, hunger, and now the raging epidemic? 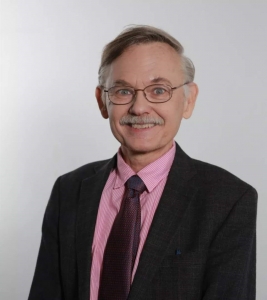 Today, I’d like to share some ideas about important life lessons we can learn from China’s response to the coronavirus outbreak, along with some encouraging insights from foreigners who lived in China over a century ago. If you understand the spirit of ancient Chinese, and why foreigners had such great respect for both China’s government and its people in the past, you’ll understand why Chinese today are able to tackle such formidable foes as poverty, hunger, and now the raging epidemic.

Recently, I overheard an American ask his friend, “Did you quit shaking hands because of the virus?” “No,” he replied, “I quit because everyone is out of toilet paper.” I’m glad that American people still have a sense of humor at a time like this! But what is not funny, is that some of the wealthiest nations not only lack toilet paper, but also still don’t have virus test kits even more than 10 weeks after China shared the virus’ genome with the world. Why are these nations so unprepared?

Even a little logic should have suggested the virus would spread globally, but they not only didn’t prepare but also went to great lengths to explain why their “democracies” could not take China’s lead. Even a few weeks ago, Western media was reporting how China’s draconian measures such as quarantines and restrictions on travel deprived people of their basic rights of freedom of movement. But fast-forwarding to an epidemic that is now a pandemic, governments are falling over themselves to take many of China’s preventative measures.

Places like San Francisco are of course careful to avoid the word “quarantine,” which violates people’s inalienable right of movement, but they ordered people to “shelter in place,” which may sound less restrictive and more “democratic.” However, it sounds to me that the wording is still restricting people’s movement — and these restrictions are needed, so why pretend they are not?

The only logical reason that nations could spend months criticizing China while doing nothing themselves, is that they naively felt they were in no danger. This is understandable, given our immersion today in an artificial world of social media. We are bombarded daily with so much negative news that tragedies happening afar are no more real than a reality TV show or a movie.

It also seems that people living in comfort in the wealthier nations have a sense of entitlement, and believe that their wealth will continue to shield them from a distant virus, just as for decades their wealth and militaries have insulated them from the wars, crimes and political unrest that kill tens of millions each year in poor nations. As former U.S. President George W. Bush once declared, “Nothing will change our American way of life!” But it appears the coronavirus never got Bush’s message.

In 1990, I thought it ironic that a Japanese strategist, Kenichi Ohmae, would write a book entitled, “The Borderless World.” He claimed that trade was open and free for all nations. Even today, trade is not borderless, and probably never will be — but the coronavirus truly knows no borders. Rich and poor alike fall before it — though the elderly, the weak and the poor are hardest hit.

William N. Brown is a professor at the Xiamen University MBA Center and Academic Director of its OneMBA program.

You May Like
A Year for China, a Decade for Any Other Nation!
New Signals from China Instill Confidence in the World
Safeguarding National Security: For a Better Tomorrow in Hong Kong
National Security Legislation for Hong Kong in the Light of…
The Two Sessions Shed Light on China’s Political System
Indian Scholar on Govt Work Report: Understanding China at a…
Hong Kong Needs Law to Protect National Security
Trump’s Threat to Pull WHO Funding Will Isolate US
Use Wechat scan the qrcode, then share to friend or feed.