Amid cyber terrorism and cyberbullying, the annual WIC has become an important gathering place to build cyberspace into a shared community that benefits all humanity.

This year marks the 50th anniversary of the birth of the internet. With the theme of “Intelligent Interconnection for Openness and Cooperation: Building a Community with a Shared Future in Cyberspace,” the 6th World Internet Conference (WIC), also known as Wuzhen Summit took place on October 20-22 at the picturesque water town of Wuzhen in east China’s Zhejiang province. The theme clearly indicated that the exhibitions and activities at the conference were dedicated to building “a strong consensus in the international community, allowing the internet to benefit people all over the world in a better way,” as Liu Liehong, vice minister of the Cyberspace Administration of China (CAC) noted.

Since it was established in 2014, the Wuzhen Summit, co-organized by the Cyberspace Administration of China and the Zhejiang provincial government, has been playing a catalytic role in shaping and guiding the shared future of the digital world, following the “Four Principles” – respect for cyber sovereignty, maintenance of peace and security, promotion of openness and cooperation, and cultivation of good order as put forward by Chinese President Xi Jinping on December 16,2015 at the 2nd WIC.

WIC is an important gathering place

This year’s cyberspace summit was held in the celebratory feeling of the 70th anniversary of the People’s Republic of China (PRC) as well as the country’s evolution into the world’s second-largest economy with the world’s largest base of internet users and a dynamic homegrown internet-driven industry. Notably, China has been connected to the internet for 25 years since the country gained access to the worldwide web on April 20, 1994, becoming the 77th country to access the Internet. 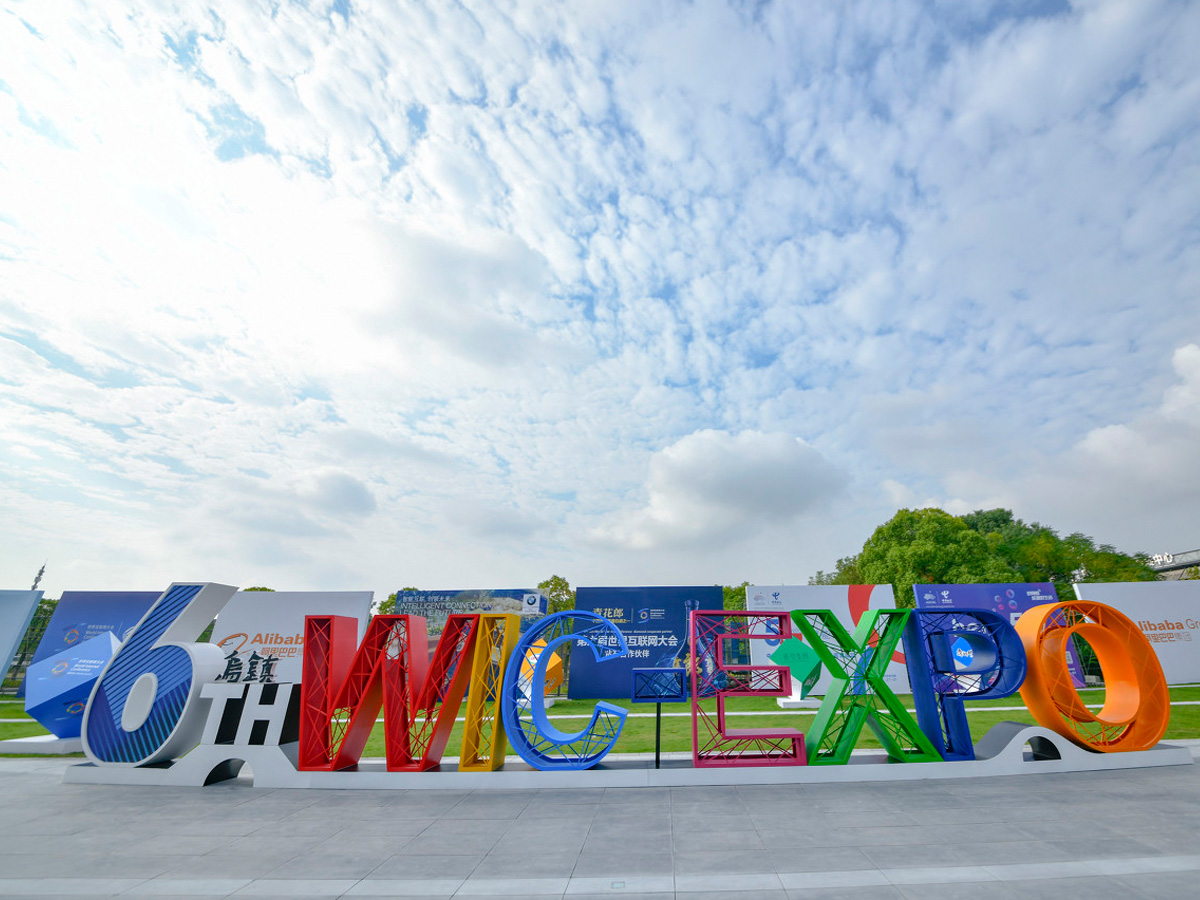 Amid cyber terrorism and cyberbullying, which needs urgent attention to protect citizens’ privacy by enhancing cyber security, the annual WIC has become an important gathering place for major tech companies, professionals and leaders of the internet sector from China and abroad to talk about how the internet should develop to build cyberspace into a shared community that benefits all humanity. As President Xi expressed in his congratulatory letter to the conference: “Countries should work together to promote better internet governance and strive to build a community with a shared future in cyberspace.”

This year’s three-day event was specifically significant as major Chinese hi-tech firms, including Shenzhen-based telecom giant and phone maker Huawei and ZTE Corp, are currently blacklisted in the US and some countries in Europe. In the light of rising protectionism, the 2019 WIC was held precisely for the purpose of building a platform for the global Internet to be shared and governed by all, not only by American companies, and working together to make cyberspace better serve the development of traditional industries and economies. More importantly, the high-profile participation of 40 international organizations including the United Nations organizations, Microsoft, Qualcomm, Cisco, Apple, Intel, Amazon, Kaspersky, SAP, Ericsson, Nokia, Samsung Electronics and Siemens is clear support for China’s leading role in the development of the internet, governance, and of humanity narrowing the gap between rich and poor.

In accordance with this year’s theme, the ideas of openness, equality, mutual trust and a win-win cooperation were highlighted during the conference. The sixth edition of the conference attracted 1,500-plus guests from over 80 countries, including important representatives of national governments, internet celebrities, experts, investors and business leaders, with a focus on the deep integration of the internet and the future digital life, with tons of new internet and mobile-first business models on the rise.

Achievements of this year’s WIC

From theories to practical applications, the conference released around 15 world-leading scientific breakthroughs by well-known Chinese and foreign entities, including Alibaba, Tencent, Huawei, Kaspersky Lab, BMW and Epson, covering artificial intelligence, 5G, cloud computing, digital manufacturing, industrial Internet and other Internet-related fields. More than 60 innovative high-tech projects including remote control autonomous cars and a millimeter-wave security check device from 40 enterprises were also showcased at an all-around experience area for state-of-the-art technologies at the “Light of the Internet Expo”, which was no doubt the star attraction of the splendid conference.

There were 20 sub-forums with discussions focusing on four major subjects: “Science and Technology”, “Industry and Economy”, “Humanity and Society” and “Cooperation and Governance”. The conference provided a good opportunity for internet leaders from all over the world to exchange ideas and discuss hot issues like AI, 5G, open source chips, industry digitalization, financial technology, data governance in cyberspace and international cyber rules.

This year’s conclave witnessed the debut of a new format entitled “Straight to Wuzhen” Global Internet Competition, focusing on digital economy. Initiated in April this year, the competition attracted more than 400 entrepreneurial teams from around the world with their projects involving big data, the internet of things, artificial intelligence and intelligent manufacturing. Sure, this new feature has promoted openness and cooperation in cyber-communications across the world.

According to the 2019 World Internet Development Report, China ranks second globally in the development of the internet, behind the United States. But China leads the world in “Internet application”; according to the latest report by the China Internet Network Information Center, by June of this year, China’s online population had reached 854 million. It’s by far the largest in the world. The scale of China’s digital economy reached RMB31.3 trillion (US$4.42 trillion) in 2018, accounting for 34.8 percent of the nation’s total GDP. Undoubtedly, China’s top three Internet companies, Baidu, Tencent Holding and Alibaba Group, have given new impetus to the development of 5G applications.

Although the internet is a brilliant invention producing a flood of innovations in technology and business models, unfortunately, at present, the world is under a cobweb of cyber-attacks, cyber terrorism and cyberbullying. During the conference on October 21, the United Nations Children’s Fund (UNICEF) deputy executive director Omar Abdi in his speech highlighted the issues of excessive use, exposure to inappropriate content, misuse of personal information and privacy, online child sexual abuse and cyberbullying. 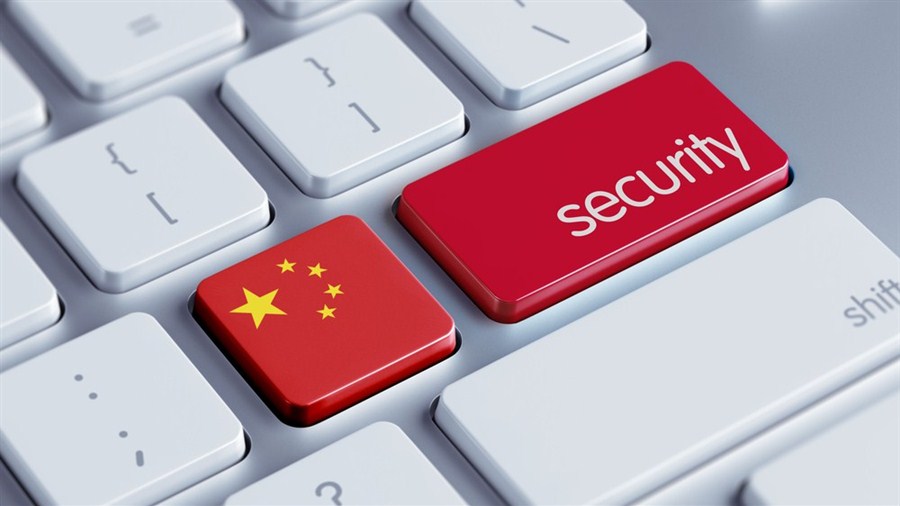 Encouragingly, China has done a great job in protecting the wellbeing of children. China’s Rules of Online Protection of Children’s Personal Data which took effect on October 1 this year shows a major focus on minors’ online protection. In line with the country’s 13th Five-Year Plan (2016-2020), China has vigorously implemented the national cyber development strategy and the national big data strategy. It is worth noting that China’s first Cybersecurity Law with 79 articles came into effect on June 1, 2017 to combat cyber terrorism and hacking. Thanks to China’s rapid Internet development, the country is capable to help deal with cyber security threats around the world with advanced technology.

Amid the dramatic expansion of e-commerce, industrial networks, and internet banking around the world, China has been increasing international cooperation in cyberspace governance. And it is very true that no institution, government, business, or system is able to govern the internet alone in this digital age. As such, President Xi’s notions of respecting internet sovereignty and building a community of shared future in cyberspace, are very precise on how to advance science and technology for the better of all humanity.