Mongolia and China are aiming to bring trade volume to $10 billion by 2020.

Last month Mongolia opened a new consulate general in China’s most populous city – Shanghai. The Mongolian Consulate General in Shanghai is the 72nd General Consulate in China, whilst Shanghai is the city is of temporary residence to almost 1,000 Mongolian students, a figure even larger than their fellow Mongolians studying in China’s capital.

The new Consulate will enable Mongolians living and studying in Shanghai City, Fujian , Zhejiang, Anhui and Jiangsu provinces to receive important consular services. In addition, the Mongolian Consulate General will attempt to strengthen business ties and deepen trade and economic relations within these areas. 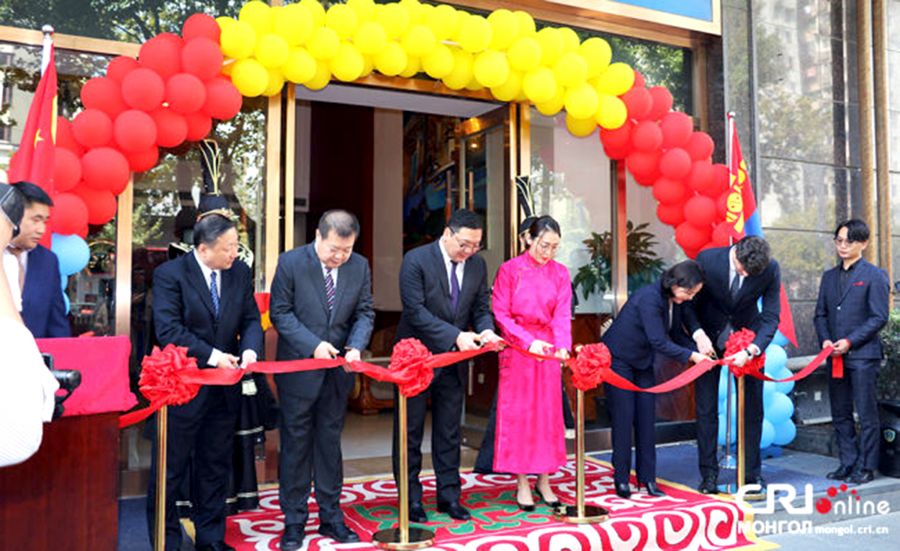 The State Secretary of the Ministry of Foreign Affairs of Mongolia, Damdinsuren Davaasuren noted, “The consulate will engage in deepening trade and economic ties between the two countries and strengthening entrepreneurship, as well as promoting Mongolia’s investment climate and export opportunities to Chinese investors and consumers interested in Mongolia’s advanced technology [sector].”

As Mongolia’s new Consulate General opened in Shanghai, the country’s Foreign Affairs Minister acknowledged the close relations between China and Mongolia, with the two countries celebrating 70 years of diplomatic relations. Davaasuren commented that the opening of the consulate was just one of 70 heart-warming and celebration activities occurring across China and Mongolia during the whole year.

During Mongolian President Khaltmaa Battulga’s state visit to China last April, the two foreign ministers signed a plan to mark the 70th anniversary of the establishment of diplomatic relations between the two countries. Mongolia’s Foreign Minister Damdin Tsogtbaatar embarked on his Official Visit to China at the end of March, followed by Vice President of China Wang Qishan who visited Mongolia in July.

Throughout the year, the two countries’ foreign ministries have held no less than four strategic consultative meetings.

Immediately after – China’s National Day celebrations, the Mongolian Embassy and the Chinese People’s Association for Friendship with Foreign Countries hosted a ceremonial event for the 70th anniversary of the establishment of diplomatic relations. 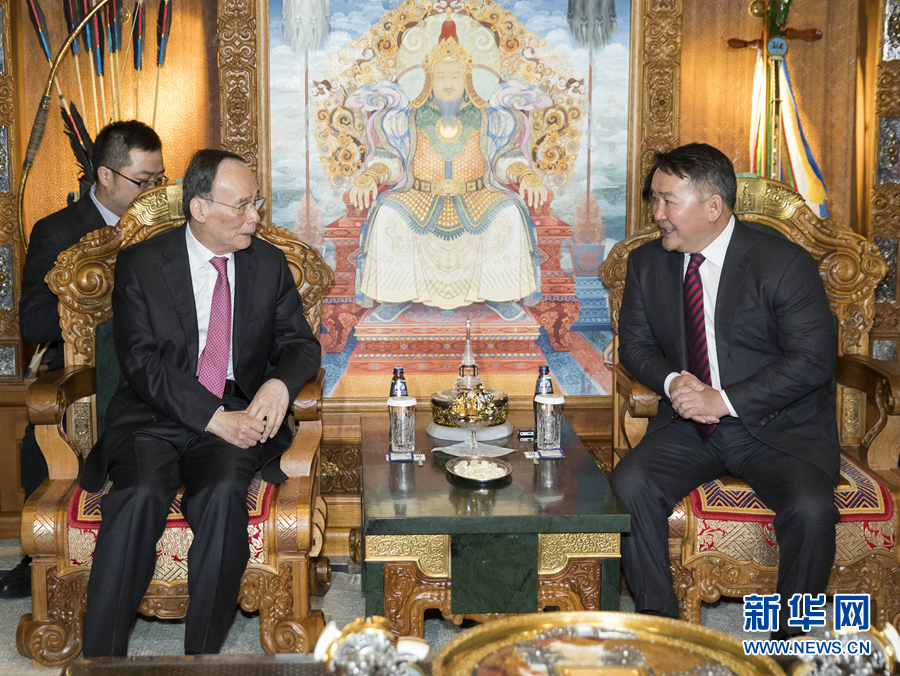 Mongolian Ambassador to China Damba Gankhuyag said at the event, “In 1949, both sides recognized each other as independent and sovereign nation and established diplomatic relations. This historical moment coincides at one point every year.”

Chinese Ambassador to Mongolia Xing Haiming added that “Both China and Mongolia are good neighbors, good friends, and good partners. After the establishment of the People’s Republic of China in October 1949, diplomatic relations between the two countries were quickly established. Mongolia is one of the first countries to establish diplomatic relations with the PRC. We will always remember that support.”

Since the beginning of the 1990s – once Soviet Union dominance diminished – China became Mongolia’s largest trading partner and an important source of foreign direct investment.

Data from the General Administration of Customs in China shows that bilateral trade between China and Mongolia rose 24.7 percent year on year to $8.4 billion in 2018. Trade volume in the first five months of this year registered a further 7.1 percent increase to $3.35 billion. China and Mongolia are aiming for trade to reach $10 billion next year. With borders stretching along 4,700 km of land, the neighboring countries have 13 separate points of connection to facilitate trade across the border.

Trade data reveals that However, almost 90 percent of Mongolia’s exports to China consist of mainly raw minerals, especially coking coal. Mongolia reportedly exported $169.2 million of coking coal to China in the month of January of this year alone.

Over the coming years, Mongolia aims to increase the export of many sectors to China – primarily its livestock. In 2018, Mongolia exported 30,000 tons of beef and horse meat and $360 million of washed cashmere into its southern neighbor.

Currently, Chinese and Mongolian businesses have 6,000 joint ventures in Mongolia, whilst there are no Mongolia-China partnerships in the Chinese huge market. But, as a result of the opening of the new consulate in Shanghai, Mongolian pavilion was displayed and the exhibition had been presented with the first business license allowing the sale of 10 varieties of products including cashmere sweaters, leather bags, beer, sea buckthorn juice, and rapeseed oil. 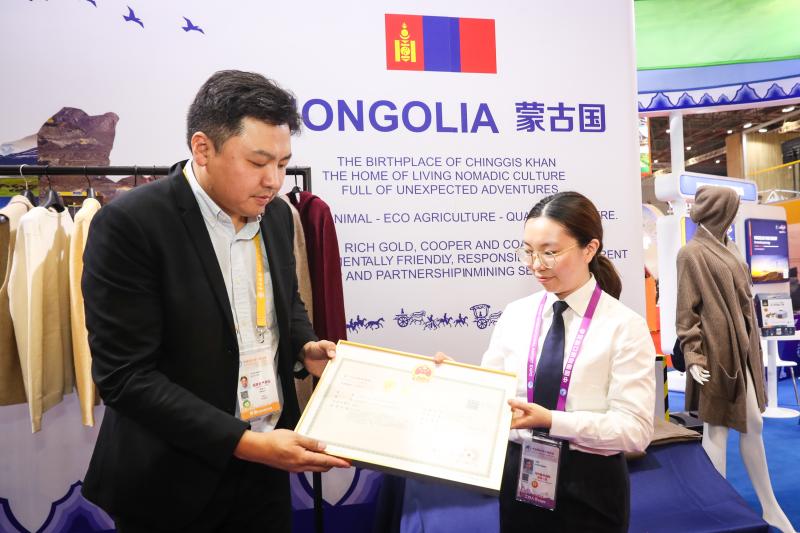 Mongolia is keen to take advantage of China’s opening-up policies and increase their country’s exports to their southern neighbor.

The Belt and Road cooperation

The Belt and Road Initiative (BRI) – proposed by China in 2013- aims to build a trade and infrastructure network connecting Asia with Europe and Africa along the ancient trade routes of the Silk Road. Mongolia, which played an important role in developing the ancient Silk Road during the 13th century, is eager to contribute to the building of the BRI to stimulate its economy.

One of the six BRI corridors, ‘the China-Mongolia-Russia economic corridor is important for us,” said Mongolian Minister of Road and Transport Development, Byambasuren Enkh-Amgalan. He stressed that the three sides have agreed to implement three major projects, including reforming the central railway corridor and building a highway connecting Asia and Europe through the territory of Mongolia. The number of China-Europe freight trains traveling through Mongolia has dramatically increased in recent years, and is greatly benefitting the Mongolian economy.

In 2014, there were only 10 China-Europe freight trains which travelled through Mongolia. The number increased dramatically to around 900 in the last few years. The top priority of Mongolia is to connect Russia and China through a transit highway and railway. Further projects focusing on the construction of gas and oil pipelines through Mongolia for Russian resources export to China are also under consideration. 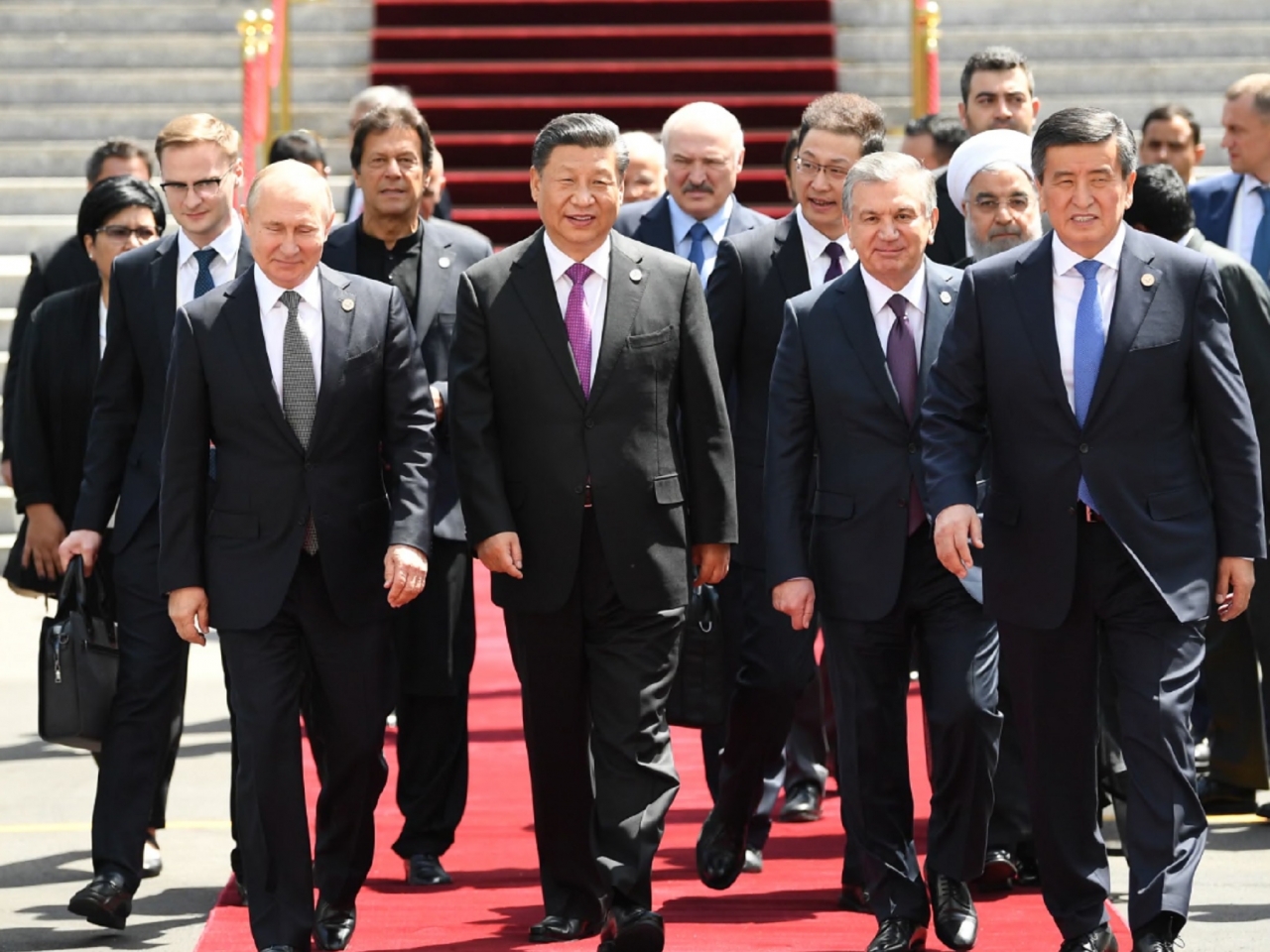 Leaders of the three countries, Xi Jinping, Vladimir Putin, and Khaltmaa Battulga held a meeting to discuss their trilateral cooperation in the framework of the China-Mongolia-Russia-Economic Corridor, at the sidelines of the Shanghai Cooperation Organization summit in Bishkek, Kyrgyzstan last June.

But the construction has not started because the three parties have not reached agreement on some details of the project.

Though the trilateral economic corridor project is not moving forward as initially expected, there are various development projects in Mongolia awaiting Chinese investment. The BRI includes hundreds of infrastructure projects financed and constructed in part or in whole by Chinese entities in lands far beyond China’s borders.

During his speech at the Second CIIE, President Xi Jinping said that China will follow the principle of extensive consultation, joint contribution, and shared benefits, the philosophy of open, green, and clean cooperation, and a high-standard, people-centered, and sustainable approach to promoting high-quality Belt and Road cooperation.

“China will reach out its arms and offer countries in the world more opportunities of the market, investment, and growth,” added President Xi.

With a focus of increasing the country’s infrastructure construction, the Mongolian Government has adopted a national program called “Development Road” with the aim of intensifying the country’s development in a wide range of areas, including road and transport, energy, telecommunications, mining, and tourism. The Mongolian Government is striving to accelerate the integration of the “Development Road” program with the BRI. 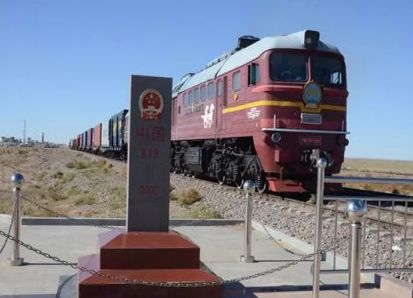 Another ambitious project on the horizon is the Northeast Asia Power System Interconnection (NAPSI). If the project is successful in its implementation, Mongolia could start to export electricity as early as 2036.

Mongolia introduced those development projects to the foreign investors during the Boao Forum for Asia Conference in Ulaanbaatar last August. The BFA was attended by a large delegation of Chinese representatives at the conference, known as “Asia’s Davos”.

The secretary-general of BFA Li Baodong said, “By convening this conference in Mongolia, a landlocked country in Asia, the Boao Forum aims to assist Mongolia in translating its resource advantage into an economic development advantage and to promote free trade and multilateral cooperation for common development and prosperity.”

Sarangua Tumur is a Mongolian freelancer for China Focus.