The EU and China must strengthen their partnership to overcome this crisis and provide the most vulnerable members of the international community with the support they need. 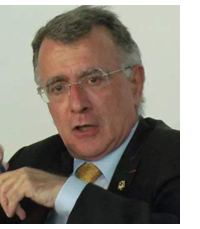 It was 45 years ago, on May 6, 1975, in Beijing when Christopher Soames, Vice President of the European Economic Community (EEC) Commission in charge of external relations, and Qiao Guanhua, Minister of Foreign Affairs of China, formalized the establishment of diplomatic relations between the two sides. The day before, despite his hospitalization, Premier Zhou Enlai insisted on receiving Soames.

China’s recognition of European integration echoed its strategic intention to counter the desire for hegemony of the superpowers by relying as much on the desire for autonomy and unity of the Europeans, as on the quality of the relationship between the EEC and developing countries. The Lomé Convention, a trade and aid agreement between the EEC and 71 African, Caribbean, and Pacific countries, was signed in February 1975. On the European side, besides Soames’ personal interest in China, it was about taking advantage of the People’s Republic of China’s regaining of its lawful seat in the UN in 1971 and the process of normalization of China-U.S. relations from 1972 to 1979 to establish official relations with China—just as the EEC had done with India as early as 1962.

May 1975 would also open a new chapter in the shared history of Europe and China through Vice Premier Deng Xiaoping’s visit to France on May 12-17. This historic move, the first visit by a Chinese state leader to the West, heralded the development of comprehensive relations between Europe and China.

Forty-five years later, the relationship between the EU and China has become a pillar of the international system.

The first trade agreement linking the EEC to China was signed in 1978, and the first visit to China by a president of the EEC Commission, Roy Jenkins, took place the following year. Europe-China cooperation in the early days emphasized technical assistance and development aid, particularly in the agricultural, educational and scientific fields.

The diplomatic mission of the European Community Commission was established in Beijing in 1988, under the leadership of France’s Pierre Duchateau (1921-2009).

The 1990s was marked by the growing importance of political dialogue due to the fall of the Berlin Wall in 1989, the creation of the EU in 1992 and the process of EU enlargement from 1994. The European Commission published its first communication on China in 1995, referring to a long-term policy, paving the way for a dialogue on human rights and the organization of the First EU-China Summit in London in April 1998. This political process supported the negotiations for China’s entry into the World Trade Organization (WTO) in 2001.

The following decade was one of maturity, with the creation of the three pillars of the EU-China relationship: economic and commercial dialogue in 2008, strategic dialogue in 2010, following the creation of the post of High Representative of the Union for Foreign Affairs and Security Policy and cultural dialogue in 2012, culminating in the adoption of the EU-China 2020 Strategic Agenda for Cooperation at the 2013 Beijing Summit, and the first visit by a Chinese head of state to Brussels in 27 years in 2014. At the time, President Xi Jinping described China as “a major partner of the EU.”

During the celebration of the 40th anniversary of establishment of diplomatic relations in May 2015, the two sides laid the foundations for future commitments to face up to global challenges: negotiation of an investment agreement, cooperation within the WTO, promotion of connectivity and mobility, and above all, the fight against climate change, with an agreement at the highest level leading to the adoption of the Paris Agreement (COP21) in December 2015.

In April 2019, the 21st EU-China Summit in Brussels concluded with an ambitious joint declaration in support of multilateralism, ecological transition and balanced trade in an economic relationship that has become critical for the international economy. The EU-China daily trade volume amounted to more than 1.5 billion euros (11.49 billion yuan) in goods and services in 2019.

This succession of events reflects, above all, the remarkable continuity of the European engagement with China, which bears the seal of partnership in the face of global challenges. Now more than ever, faced with a global health crisis not seen in a century, we can appreciate the benefits of this relationship, both for itself and for the rest of the world.

The EU promotes a multilateral system that is instrumental in regulating globalization by establishing legal rules for tangible and intangible exchanges. At a time of dual energy and digital revolutions, agreement between the EU and China is as necessary as it is imperative to bring prosperity, balance, sustainability and security to our citizens.

Contrary to what is sometimes reported, European unity, which has been a work in progress since 1957, remains the compass of our 27 member states, because only the EU allows European nations to weigh in on world affairs. Likewise, the remarkable growth of the Chinese economy over the past 45 years means that new forms of equilibrium must be sought in a geopolitical landscape undergoing profound transformation.

The novel coronavirus pandemic is putting to test the entire international system since January 2020 and requires a comprehensive response, both bilaterally and multilaterally. The EU and China must strengthen their partnership to overcome this crisis and provide the most vulnerable members of the international community with the support they need.

The author is EU ambassador to China.