The 14 photos show the vivid moments of the 2018 Two Sessions. 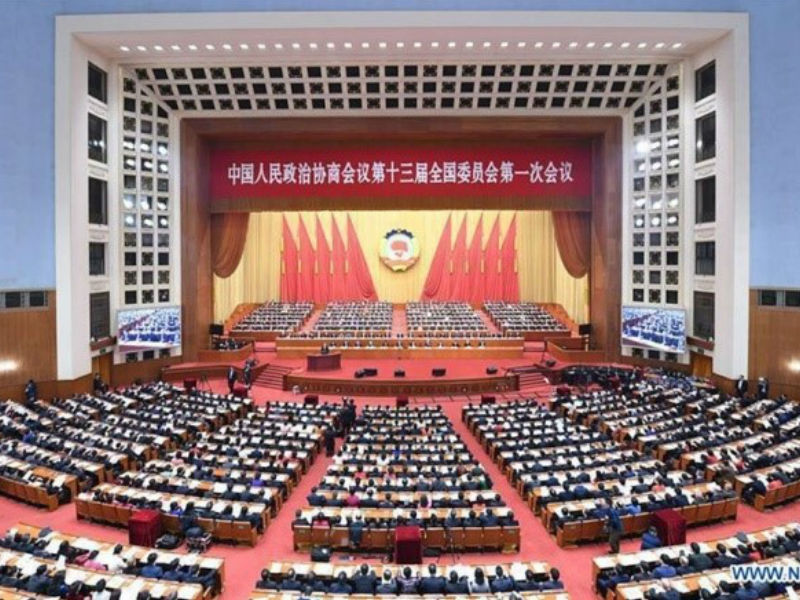 The first session of the 13th National Committee of the CPPCC opens at the Great Hall of the People in Beijing, capital of China, March 3, 2018, vowing to take on new mission for the country’s goal toward a great modern socialist country. 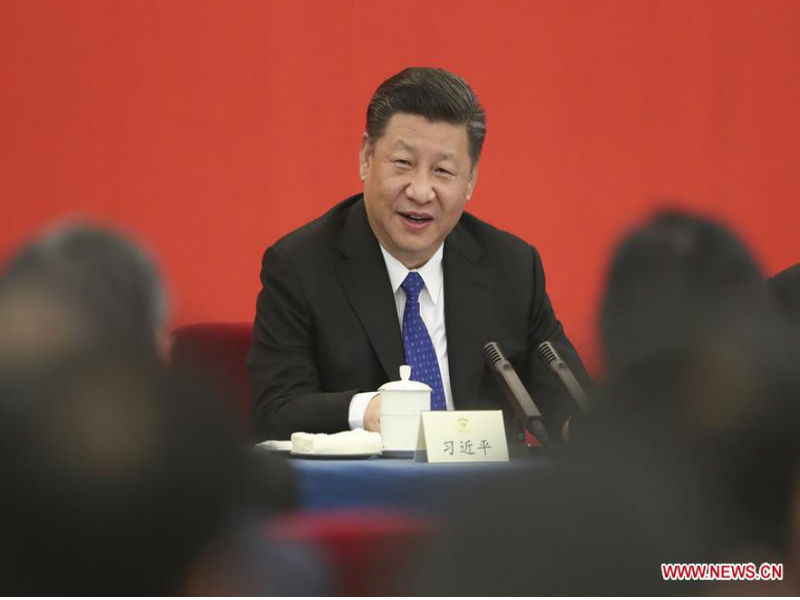 Chinese President Xi Jinping, also general secretary of the Communist Party of China (CPC) Central Committee and chairman of the Central Military Commission, attends a joint panel discussion with political advisors from the China Democratic League and the China Zhi Gong Party, those without party affiliation and those from the sector of returned overseas Chinese, at the first session of the 13th National Committee of the CPPCC in Beijing, March 4, 2018. President Xi called the system of multiparty cooperation and political consultation led by the CPC a great contribution to the political civilization of humanity. 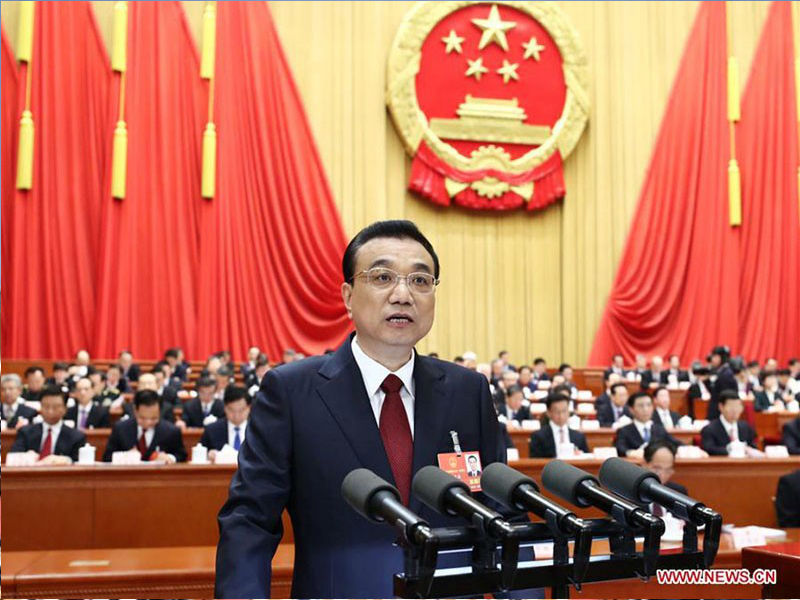 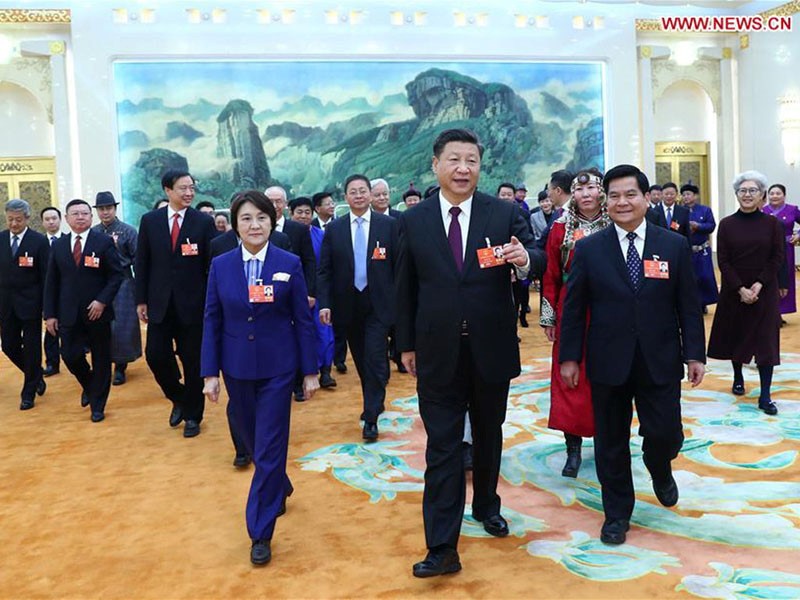 Chinese President Xi Jinping said the focus of high-quality economic development should be placed on transforming and upgrading industries when attending a panel discussion with the deputies from Inner Mongolia Autonomous Region at the first session of the 13th NPC in Beijing, March 5, 2018. 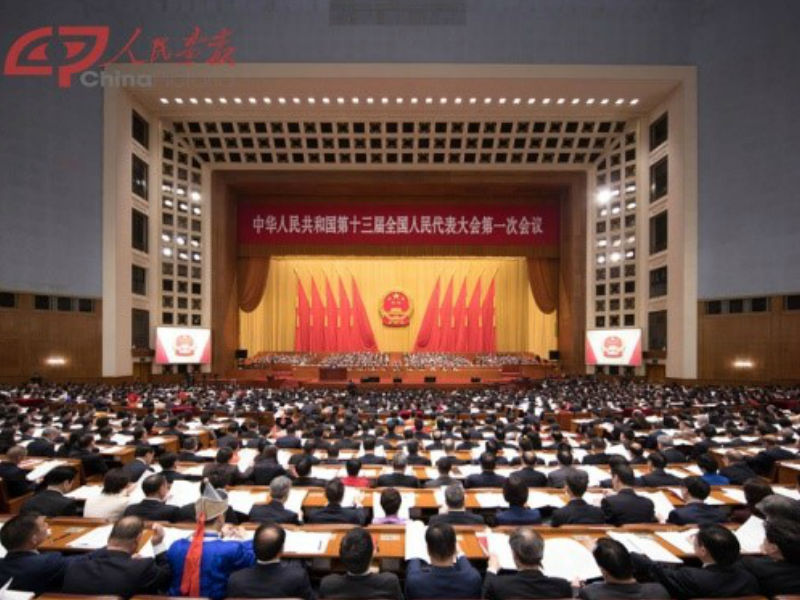 China’s reform of the national supervision system, which is closely related to its anti-corruption campaign, is emphasized by the Central Committee of the CPC as a major structural political reform that has a direct impact on the big picture. 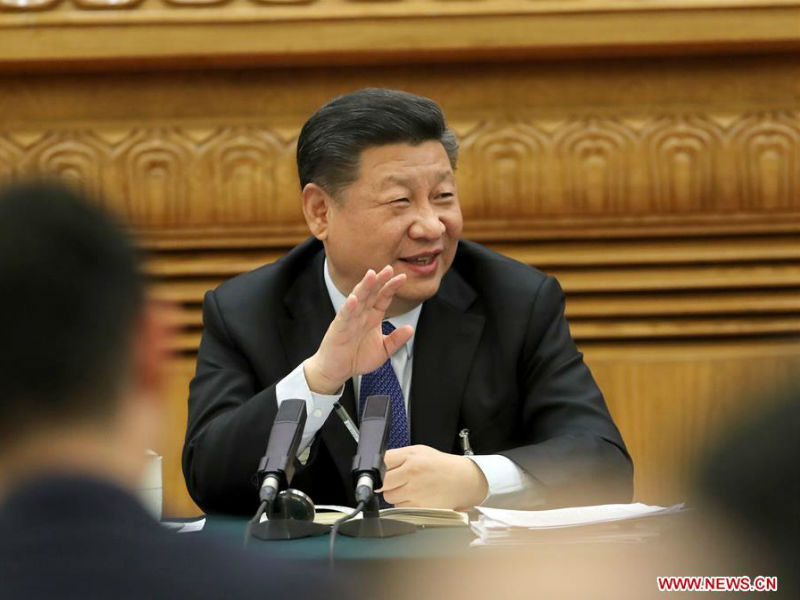 President Xi Jinping highlighted development, human capital and innovation when joining deputies in a panel discussion at the 13th NPC on March 7, 2018. 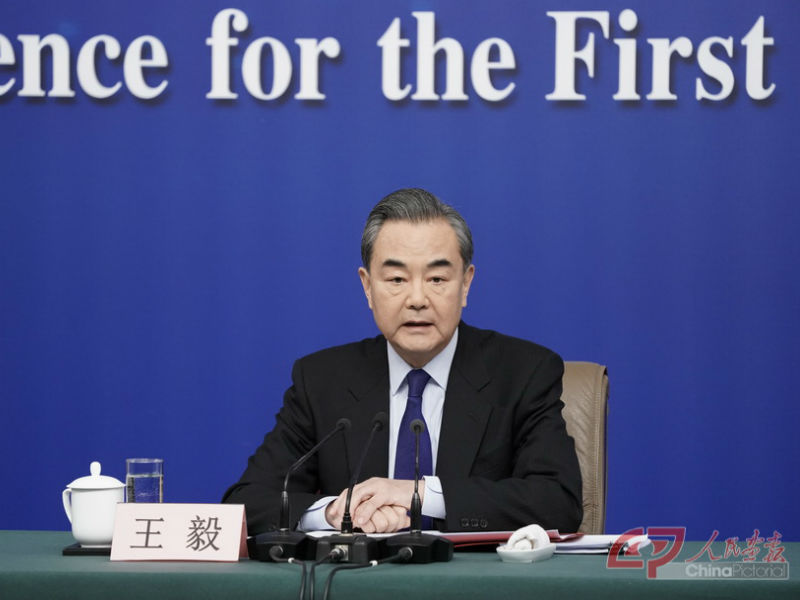 On 8 March 2018, the First Session of the 13th NPC held a press conference. Foreign Minister Wang Yi answered questions on China’s foreign policy and external relations. He said that President Xi Jinping, as the chief architect of China’s major-country diplomacy, has been personally involved in planning and conducting brilliant head-of-state diplomacy. 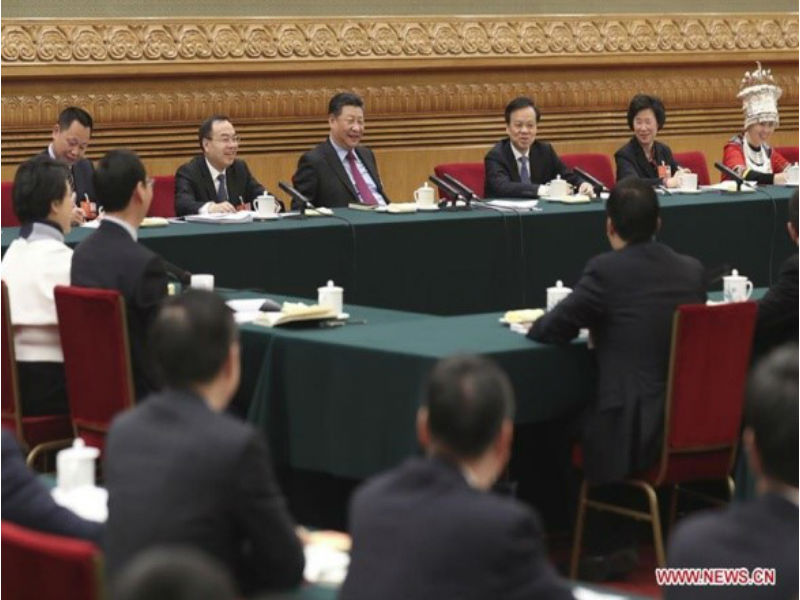 Chinese President Xi Jinping said the rural vitalization strategy is the leading agenda for government work on agriculture, rural areas, and rural residents when attending a panel discussion with deputies from Shandong Province at the first session of the 13th NPC in Beijing on March 8, 2018. 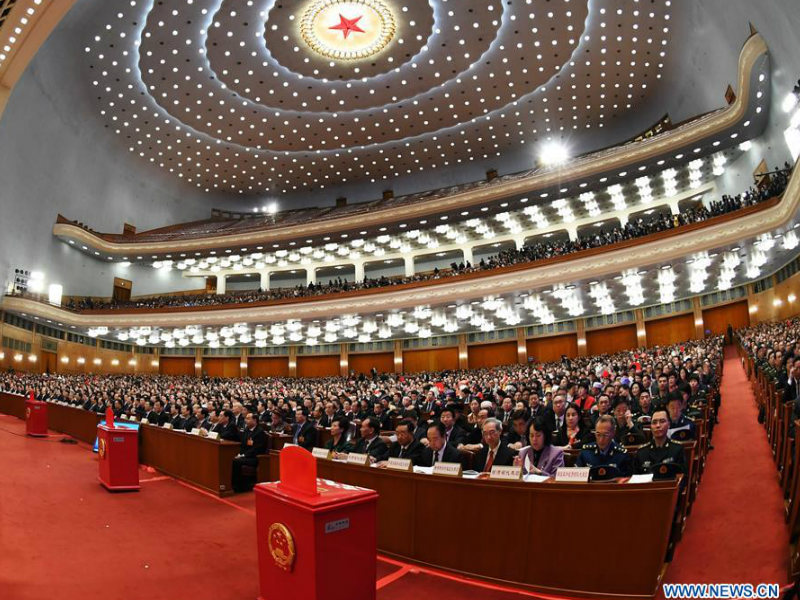 China’s NPC adopted an amendment to the country’s Constitution on March 11, 2018. This is the Constitution’s first amendment in 14 years. 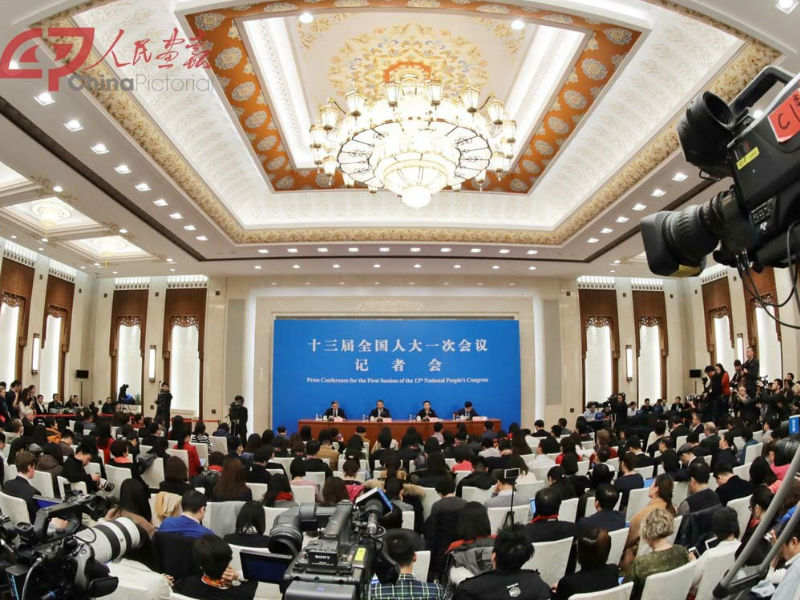 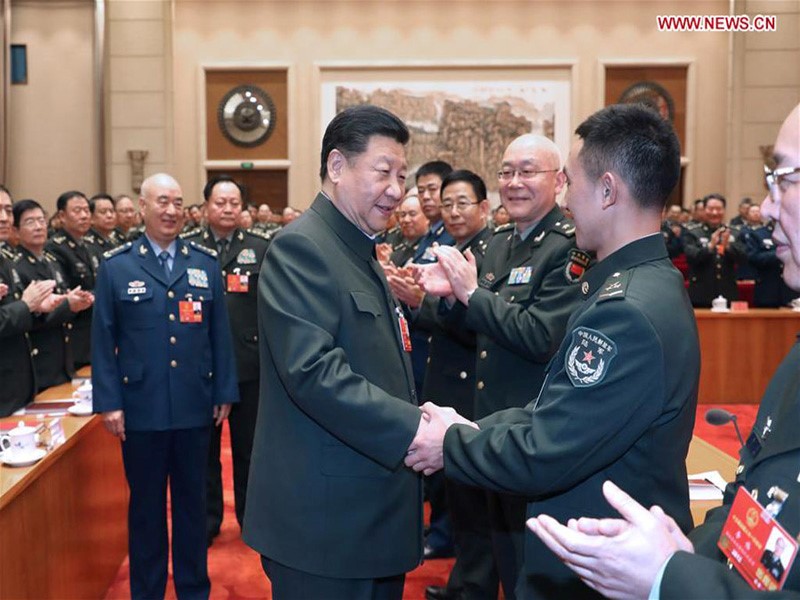 President Xi Jinping stressed practical efforts to further deepen military-civilian integration to provide impetus and support for realizing the Chinese dream and the goal to build a strong military when attending a plenary meeting of the delegation of PLA and armed police at the ongoing session of the 13th NPC in Beijing on March 12, 2018. 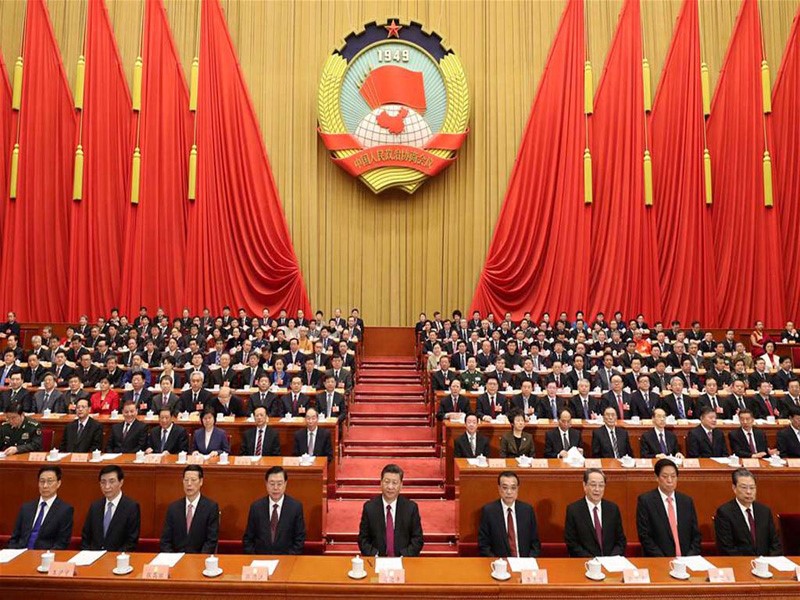 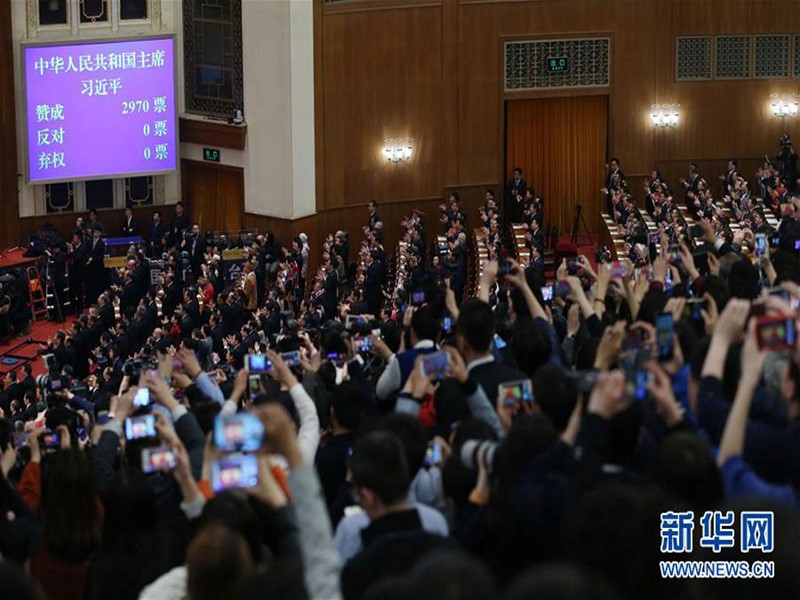 Xi Jinping was elected Chinese president by a unanimous vote at the ongoing session of the 13th NPC on March 17, 2018. 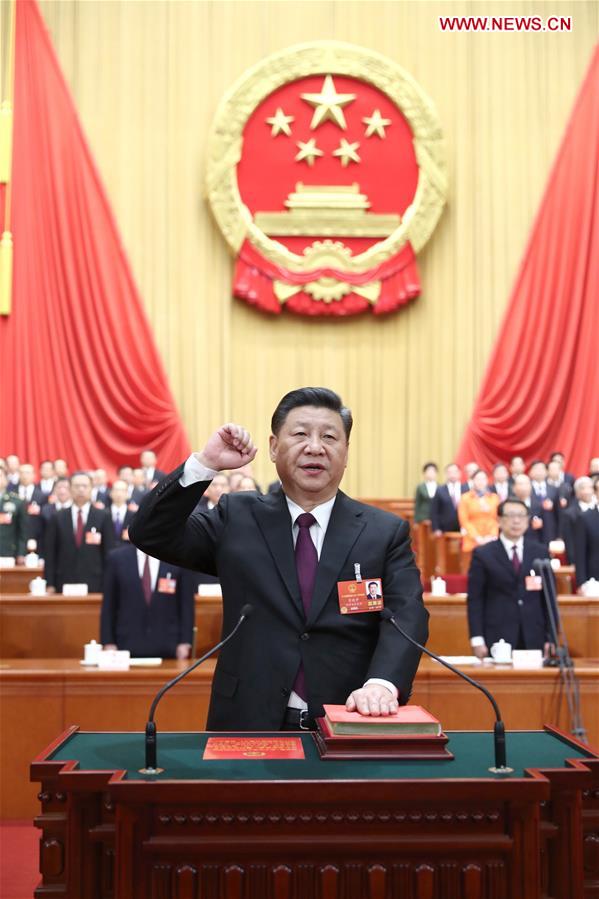 “I pledge my allegiance to the Constitution of the People’s Republic of China to safeguard the Constitution authority, fulfill my legal obligations…” Newly elected Chinese President Xi Jinping took the solemn oath in Beijing on March 17, 2018.