Resolute Efforts Needed to Limit the Damage From Global Warming

Looking at the detrimental ramifications of climate change, warming and rapidly rising sea levels, it is increasingly essential that people, businesses and government agencies across the globe be proactive and make rigorous efforts to discover more innovative solutions.

Recently, Iceland lost its first and once-iconic Okjökull glacier to climate change. The glacier was declared dead in 2014 after it lost more than 90% of its ice and stopped moving as a consequence of the increasing temperature level of the ocean water. According to the University of Iceland, the glacier occupied almost 6.2 square miles in 1890, which fell to about one-quarter of a square mile by 2012.

Officials and researchers, including the country’s prime minister, attended a “funeral” at the site of the lost glacier. A bronze plaque was mounted during the ceremony as a memorial on the bare rock that has been left exposed by the vanished glacier. 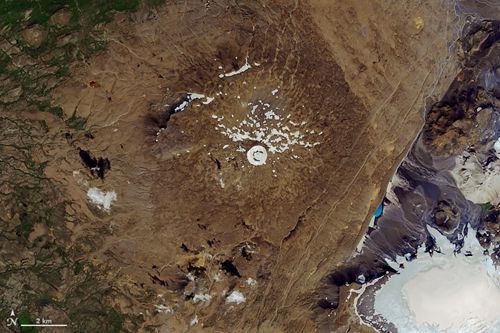 Sadly, this is just the tip of the proverbial iceberg. Scientists and researchers warn that hundreds of other glaciers in the country could share the same fate if the situation remains unchecked. Currently, glaciers cover nearly 11% of the country’s total surface area. However, the ice is melting away at an unprecedented rate of approximately 11 billion tons every year, and as a result, almost 400 glaciers in the subarctic island could go extinct within the next 200 years.

This accelerated glacial melting could alter climate patterns in astonishing and complex ways. Glaciers’ white surfaces reflect the sun’s rays, which aids in keeping the Earth’s atmosphere mild. However, the bare land uncovered by the glaciers’ disappearance absorbs and releases more heat into the atmosphere, thus causing the temperature of the planet to spike, as well as causing thermal expansion of seawater.

Reportedly, this phenomenon isn’t new, as the average sea level has been rising globally since the beginning of the 20th century and has increased by 16-21 centimeters between 1900 and 2016. The thermal expansion of water accounts for 42% of the rise in sea level between 1993 and 2018, while the melting of temperate glaciers, Greenland and Antarctica ice sheets account for 21%, 15%, and 8% respectively.

Climate scientists have warned that an increase in global temperature of just 1.5 degrees Celsius could result in a rise in sea-level between 1.7 and 3.2 feet by 2100.

A temperature rise of 2 degrees Celsius could be catastrophic for the planet, potentially exposing at least 570 cities with around 800 million people to extreme floods and storm surges, as well as severe land shortages and degradation of agricultural lands. This could, in turn, trigger food shortages and elevated food prices, thereby leading to social unrest in society.

Aside from the human population, marine ecosystems stand to be severely affected due to the rise in temperature of the planet’s bodies of water.

Similar to the rest of the world, China too faces challenges from the rapidly swelling sea level. According to a blue paper regarding the country’s climate change, released last year by the National Climate Center of China’s Meteorological Administration, China registered an average annual increase in coastal sea level of 3.3 millimeters between 1980 and 2018, a much faster rate than the global average.

In an attempt to mitigate this mounting issue, in 2014 China launched an initiative to transform its coastal, flood-prone cities into “sponge cities” by using permeable surfaces and green infrastructures. The topmost aim of this initiative is to equip 80% of its flood-prone areas with an efficient water management system allowing 70% of rainwater to be absorbed and re-used by 2020, thereby substantially cutting down on runoff velocity. This model would not only dramatically reduce flooding, but also secure water supplies to some of the most populated urban regions across China.

Notably, similar models have been implemented in several other countries worldwide, including Germany and North America. In the U.S., this concept is termed as low-impact development (LID). As per the United States Environmental Protection Agency (EPA), the idea is a carbon-copy of the natural process by which soil absorbs water, raises the groundwater level and protects water quality.

Despite these significant initiatives, current efforts pale in the face of imminent disaster. Looking at the detrimental ramifications of climate change, warming and rapidly rising sea levels, it is increasingly essential that people, businesses and government agencies across the globe be proactive and make rigorous efforts to discover more innovative solutions. This is crucial if we are to save the planet’s ecosystems and human and animal populations.

Although the road ahead is long, giving up isn’t a solution either. As the famous Chinese proverb says, “Pearls don’t lie on the seashore. If you want one, you must dive for it.”

Rachana Gupta is an active blogger, poet and freenlance content writer. She is also the author of the book “To The Horizon We Indeed Sail”.

Opinion articles reflect the views of their authors only, not necessarily those of China Focus.

You May Like
African Startups in China Move Ahead Despite COVID-19 Epidemic
Baseless American Judicialization of COVID-19 Pandemic
Countries Must Fulfill their Sovereign Legislative Duty to Combat Domestic Terrorism
Five Key Takeaways from China’s Foreign Minister in 2020
Hong Kong Shall Not Descend into Chaos
A Year for China, a Decade for Any Other Nation!
New Signals from China Instill Confidence in the World
Safeguarding National Security: For a Better Tomorrow in Hong Kong
Use Wechat scan the qrcode, then share to friend or feed.