With so many bad faith accusations levelled at China from so many sources, to say Beijing is waging a misinformation war doesn’t tell us the full story, whilst western actors are free to say what they want and receive very little scrutiny for it.

A report from the European Union’s external action service accused China of spreading “misinformation” in regards to the Covid-19 outbreak. The document claimed that Beijing has been circulating “targeted conspiracy theories” concerning the virus towards countries within the bloc, arguing that Beijing has been looking to deflect blame for the outbreak, attempting to improve its international image and also levying criticism against countries for their own handling of the virus.

What is misinformation? Its standard definition is quite plain, which refers to: “false or inaccurate information, especially that which is deliberately intended to deceive”. Yet that is seldom how it is understood when it is used in a western political setting. More often than not, the term “misinformation” is frequently used in a zero-sum context which is applied to the activities of countries which are seen adversarial to the west, as opposed to western politicians themselves. 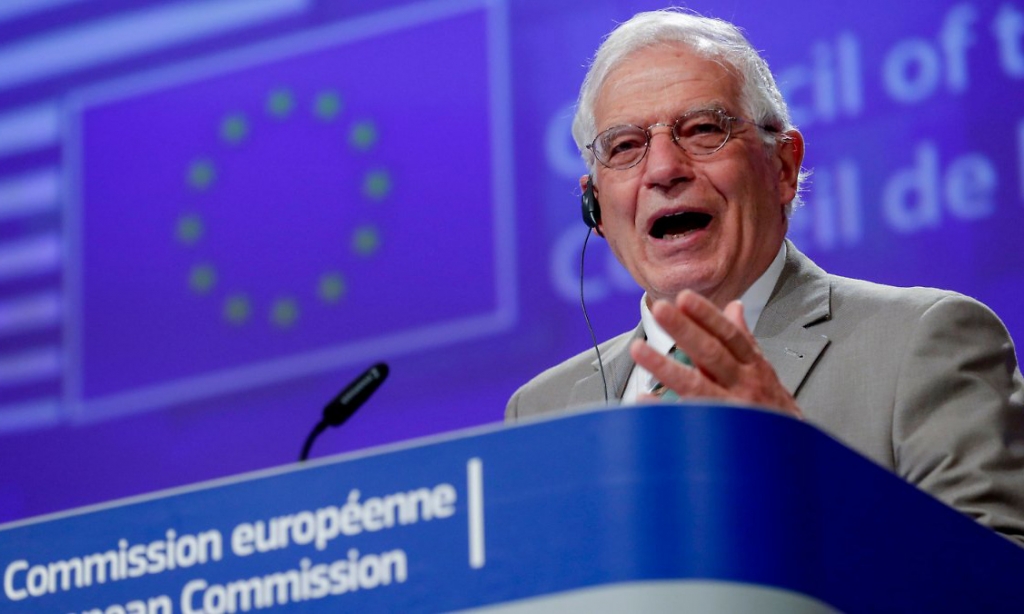 The problem lies within western political cognition itself, which has long held to the presumption that it sustains a political monopoly over what constitutes objective and impartial “truth”, “facts” and “justice” accordingly. Derived from the legacy of Christian thought in the Middle Ages, which taught that it was a single, holistic truth where its believers understood themselves as enlightened, and unbelievers deceived. This truth was deliberated as moral than scientific and it was subsequently uncompromising, with those who challenged it being deemed heretics and blasphemers.

The cultural and ontological norms derived from this mindset laid the foundations for modern western political thought which also presents itself as a universal and moral set of truths, with the same binary mindset of enlightenment vs. deception. As a result, western countries believe that their perception of the world is holistic, truthful and honest in tandem whilst that advocated by its perceived enemies is rendered invalid, deceptive and malign.

Therefore, in the dynamic of geopolitics, the west presents a binary assumption that its own approach to political discourse is sincere and idealistic, and therefore never deceptive or biased in favour of given political interests or ambitions. This is a moral flaw that apparently only “other” countries are guilty of committing, therefore reporting of foreign policy issues gives us a binary view that one side is always honest and the other “dishonest”. Therefore, misinformation is only something that “countries like China” are capable of doing, and by daring to challenge the west’s discourse it should be explained only as deception and propaganda.

Not surprisingly, such a mindset prevents a more balanced view of the situation by drawing discourse scenarios into simple “good vs. evil battles”. This takes events out of context by removing the logic of “cause and effect”. For example, it fails to appreciate how China may be acting to defend itself against given accusations, and also prevents the western public from recognizing how their own governments may also utilize “Misinformation” in order to advocate foreign policy issues or achieve domestic support. Ultimately, the premise of one’s own assumed superiority makes the western public too trusting of their authorities. On the covid-19 outbreak especially, there has been more misinformation stemming from sources in the west than in the non-west, and China is subsequently deprived of any right to defend its position or response in a way which challenges western political discourse.

On this note, many Chinese attempts at its defending or setting out its own position and response to the Covid-19 have been accused of “misinformation” or “propaganda” by western sources. The idea that China could have successfully handled the Covid-19 outbreak is first not accepted as legitimate on any level, with western sources aggressively pushing a cohesive narrative that the situation within the country is responsible for their failures. This trend accelerated as the virus worsened in the west. The idea that Beijing flattened the curve quickly and curbed the virus is dismissed outright as propaganda, despite concrete evidence such as mass testing regimes, aggressive contact tracing and recording, robust quarantines and other public measures all being implemented in a scale beyond that of the west. The media narrative of China’s response has differed drastically from that of scientific sources, with the respected medical journal The Lancet having repeatedly praised China’s efforts, yet in the prevailing narrative this is ignored, and the broader claim is dismissed as misinformation.

Secondly, claims of China spreading conspiracy theories are being fabricated with no evidence. China’s Foreign Ministry has repeatedly urged the west to follow suit with science and not to draw unsubstantiated conclusions. Given this, the accusation China is “deflecting blame” is unfair. When the virus was peaking in China, Beijing did not actually push blame on any other countries and nor did it circulate conspiracy theories. Instead, China’s diplomatic and political reactions are largely rooted in when countries in the west began to get hit by the virus hard and then weaponize China blame games in the bid to offload their own clear administrative failures unto Beijing, U-turning on previous praise.

For example, in the United Kingdom authorities praised China as it experienced its own outbreak. Chief Medical Officer Chris Witty wrote in a January statement: “The World Health Organization has rightly responded quickly and China has introduced strong public health measures.” However, as the United Kingdom situation worsened, just two days after the national lockdown was implemented on the March 26th a Mail on Sunday Article appeared citing anonymous government officials blasting “China’s lies” and calling for a “reckoning” against Beijing over its handling of the outbreak. Given this, is it really China who is playing the blame game and deflecting?

The United States of course offers another example as to how these claims of “Chinese misinformation” do not match the political reality. With over 1.2 million cases is it really reasonable to assume the entire trajectory of the virus in America is completely and utterly Beijing’s fault? There’s a reason not every country is in the same situation, and given this it is fair to argue that with China’s recent rhetoric, Beijing is not “deflecting blame” at all but rather responding to ludicrous and opportunistic allegations from Washington and defending itself. This is not “Misinformation”- the term is biased. For example, Xinhua set out a video titled “Once upon a virus” which set out the US response in a catchy way, through very detailed steps.

Given this situation with America, the EU report and others making these accusations are constantly and consciously overlooking the fact that it is in fact the White House and associated actors who are in many instances the real conveyors of misinformation. The President, his officials and others are now repeatedly asserting without evidence that the Covid-19 originated from a biochemical lab in Wuhan. This line has been parroted by right wing sources such as the Washington Post and Fox News. Yet we never hear the term “misinformation” or “propaganfa” ascribed to these efforts, nor are they ever met with the same scale of outrage or public cynicism. Other misinformation efforts via the west have included targeted attempts by media sources to discredit Chinese supplies to the west as faulty or substandard (carefully ignoring the fact that all testing kits worldwide have had reliability problems), a focus on drastically exaggerating reported death tolls in China and more.

In this case, the attribution of a “misinformation” campaign to China is unfair because it transforms and obscures a vast climate of narrative induced warfare from the west into a one sided assault from Beijing and fails to explore the context as to how the country is in fact fighting for its own perspective outside of holistic western narratives which seek to define the country exclusively on terms suitable to them, and in line with their own ideological hierarchy of knowledge. In this case, with so many bad faith accusations levelled at China from so many sources, to say Beijing is waging a misinformation war doesn’t tell us the full story, whilst western actors are free to say what they want and receive very little scrutiny for it. An effort to deliver the other side of the argument is not truly misinformation, and those looking to point those fingers ought to look a little closer to home.

Tom Fowdy is a British political and international relations analyst and a graduate of Durham and Oxford universities. He writes on topics pertaining to China, the DPRK, Britain, and the US.
The G7 Has No Right to Dictate China’s Sovereignty
The National Security Law Will Strengthen Business Confidence in Hong Kong
The West Won’t Take Responsibility for Their Own COVID-19 Failures
Use Wechat scan the qrcode, then share to friend or feed.