The Port of Los Angeles: Negotiated Settlement Better Than Tariffs

With the ongoing trade friction between China and the United States, the Port of Los Angeles has added its voice to those calling for a negotiated settlement rather than imposing tariffs, believing the latter could halt the port’s booming business built up over the past two fiscal years.

With the ongoing trade friction between China and the United States, the Port of Los Angeles has added its voice to those calling for a negotiated settlement rather than imposing tariffs, believing the latter could halt the port’s booming business built up over the past two fiscal years. 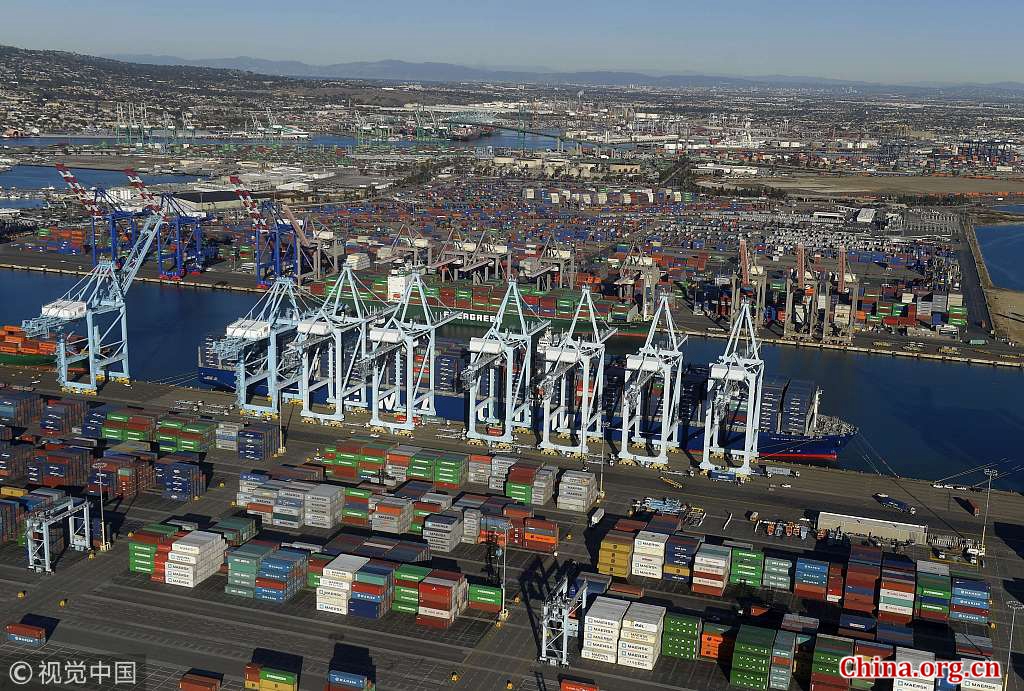 Amid the ongoing escalation of the trade war between China and the United States, the friction being generated is likely to be inimical to the good business momentum of the Port of Los Angeles, according to Phillip Sanfield, the port’s spokesperson.

If the tariff war goes into full effect, 20 percent of the port’s total annual Twenty-Feet Equivalent Units (TEUs), representing a trade value estimated at US$43 billion, could be affected, he said.

“Negotiated settlement, instead of tariffs, represents the best pathway to resolving outstanding trade issues without creating uncertainty and instability that will negatively impact our port,” he added.

“We may not necessarily see a drop in cargo or trade if consumers and others are willing to pay additional tariffs. That will be determined down [the] line if the tariffs go into full effect.”

The throughput of the Port of Los Angeles hit 9.1 million TEUs in the fiscal year ending June 30, a record-breaking volume in the past two years, according to a fiscal report published on the port’s website.

Meanwhile, its imports in June increased by 2.9 percent year-on-year and exports rose by 1.4 percent.

According to Sanfield, July would also see robust growth despite the escalating trade war.

“Thus far, the Port of Los Angeles has not seen a decrease in cargo due to tariffs,” he said.

On March 8, US President Donald Trump signed a decree to impose 10 percent and 25 percent tariffs respectively on aluminum and steel products imported from countries including China, effectively firing the first shot in one of the most ferocious and belligerent trade wars against the country.

Following rounds of negotiations and various statements within the World Trade Organization and beyond, the Trump administration released a list of 25 percent tariffs to be imposed on US$50 billion of Chinese imports on June 15. One day later, China announced it would impose tariffs on US products of an equivalent value.

On July 6, the United States announced that the tariffs on Chinese imports worth US$34 billion from the US$50 billion took effect and China retaliated in similar fashion. On August 7, the Trump’s administration announced the tariffs on the remaining US$16 billion of products imported from China. The move was quickly matched by the Chinese government’s countermeasures, both scheduled to take effect on August 23.

You May Like
Fact Checker: Did Coronavirus escape from a Chinese lab?
Blaming China Won’t Help GOP’s Election Campaign
The Recipe of China’s Massive Economic Rebound
The Hidden Hand Behind US Anti-Lockdown Protests
Thrive Not Survive: Why China’s Stimulus Package is Different This Time
To Be or Not to Be United
Freedom of Press Should Not Be Leveraged
For the Next Milestone
Use Wechat scan the qrcode, then share to friend or feed.