The Time to Act Is Now

It has been three years since the landmark Paris Agreement went into effect in November 2016, but making the deal actually operational has proven to be a major problem. 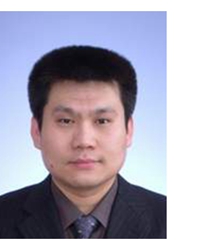 Speaking at the opening ceremony of the 25th UN Climate Change Conference (COP 25) in Madrid, Spain, on December 2, UN Secretary General António Guterres issued an urgent warning about the deepening climate crisis, signaling that our planet is nearing “the point of no return” and that all countries should take even more aggressive measures to limit greenhouse gas emissions.

It has been three years since the landmark Paris Agreement went into effect in November 2016, but making the deal actually operational has proven to be a major problem.

At last year’s COP in the Polish city of Katowice, a 256-page rulebook was drafted to facilitate the implementation of the agreement, which marked a step forward.

But a prime issue to be solved is determining a commonly accepted timeframe for implementation measures. Nationally determined contributions (NDCs), which quantify each country’s efforts to reduce emissions and adapt to the impacts of climate change, are at the heart of the agreement. Currently, 189 countries have submitted NDCs that are mostly for 2020-30, with a few for 2020-25. With varying preferences and conditions, it is difficult to provide accurate assessment and evaluation of the effectiveness of the climate policies set by governments. Thus, it is not surprising that it remains a major concern as to how to provide the financial and technical assistance needed to help poorer nations to deal with the impacts of climate change and pursue low-carbon development.

Global carbon dioxide emissions from fossil fuels have increased for the third consecutive year in 2019, likely ticking up about 0.6 percent to a record 37 billion tons. Therefore, there is heightened pressure on all parties to meet targets. According to the latest UN Environment Emissions Gap Report, even if all current pledged emission cuts are fulfilled, temperatures are expected to rise by 3.2 degrees Celsius, thus a 7.6-percent annual reduction from now until 2030 is essential to meet the agreement’s 1.5-degree Celsius target.

COP 25 is the final conference before the crucial year of 2020, when many nations are required to submit updated national climate action plans. So far, only 68 signatories have made clear that they will scale up emission reductions, while many countries have failed to deliver on their pledged goals.

COP 25 focuses on issues left over from last year and aims to build a framework for a fresh round of global climate actions. But various constraints will directly impinge on the prospects of global climate governance.

Although climate change is an issue needing a global solution, challenges like the free-rider problem may discourage international cooperation among nations. The effects of climate change vary in different parts of the world. But the benefits of climate policies are diffused, leading to some countries not sharing the costs, only enjoying the fruits of others’ efforts.

As a formal international treaty signed under the UN framework, the Paris Agreement should have a strong binding force and all signatories should fully comply with it. However, looking at its provisions, some legal responsibilities remain to be clarified, while implementation mechanisms are inadequate even when obligations are explicitly stipulated.

For example, emission reductions don’t follow the Kyoto Protocol practice of setting specific goals for Annex I parties; instead, by targeting temperature control, the agreement presents a generalized roadmap for the signatories when it calls for “holding the increase in the global average temperature to well below 2 degrees Celsius above pre-industrial levels, and pursuing efforts to limit the temperature increase to 1.5 degrees Celsius above pre-industrial levels.” To meet the targets, the legal responsibility of state parties is reduced to “reaching global peaking of greenhouse gas emissions as soon as possible.”

Therefore, the agreement does not have adequate binding force on state parties’ relevant policies and actions. Whether the promises are fulfilled depends mostly on their political and moral considerations.

Moreover, in recent years, protectionism and unilateralism have been on the rise, pushing down global growth. The International Monetary Fund has repeatedly lowered its forecast for global economic growth for 2019. The latest figure has been reduced to 3 percent, which is the lowest since the global financial crisis of 2008. The world economy is plagued by several issues such as sluggish trade and investment flows, as well as the monetary loosening by central banks around the world. As a result, the desire for international cooperation on climate change action has been adversely affected.

China has overtaken the U.S. as the world’s largest greenhouse gas emitter. That’s no surprise, since it is the world’s most populous nation. Nevertheless, as the biggest developing country and an emerging global power, it has pursued economic growth, while acting responsibly about addressing climate change.

At COP 25, China actively works with the international community to push forward negotiations in a cooperative and pragmatic way to make positive progress in putting the Paris Agreement into operation and open a new chapter in global climate governance.

A week before the opening of COP 25, China released the 2019 Annual Report on Policies and Actions to Address Climate Change, which showed that its carbon dioxide emissions per 10,000 yuan ($1,420) of GDP decreased 45.8 percent since 2005, which is equivalent to a reduction of 5.26 billion tons. China raised the share of non-fossil fuels in its energy mix to 14.3 percent, on track to meet its target for 2020. Forest stock volume rose by 1.7 billion cubic meters, which is more than four times its 2020 target.

China is also addressing climate change through market-oriented approaches, launching its own carbon market in 2017. As a result, most of China’s climate and energy commitments tied to the Paris Agreement have been realized ahead of schedule, highlighting the country’s push to take on more international responsibilities on global issues.

However, multilateral mechanisms are suffering setbacks. The U.S. formally notified the UN in November that it is withdrawing from the Paris Agreement. As a major greenhouse gas emitter, the U.S. has played a very important role in moving forward international climate negotiations in the past, and should not shift its own responsibility now or in the future.

In order to build a just, fair and win-win global climate governance system, China attaches great importance to South-South climate cooperation. It backs the establishment of a multibillion-dollar annual green climate fund to help developing countries cope with climate change. But a fund alone cannot solve all problems. China is seeking sustainable solutions, like the Belt and Road Initiative International Green Development Coalition to co-build low carbon economic demonstration zones in countries like Cambodia, Laos and Kenya, to offer support and assistance within its ability.

You May Like
A Day in the Third China International Import Expo
Discover Xinjiang: International Grand Bazaar
The Power of Chinese Consumers
Thaiwoo Ski Resort
Vocational Education and Training Is Key Measure to Protect Human Rights
China’s Economic Growth Shows Why ‘Decoupling’ Is a Bad Idea
COVID-19 Crisis Shows the Importance of a Shared-Future-for-All Philosophy
A Fast-changing World Calls for a Community with a Shared Future
Use Wechat scan the qrcode, then share to friend or feed.