The Transformational Moment: Towards an Ecological Civilization

China has a huge role in making the transformation of our world possible. Through the efforts of the UN we have witnessed the emergence of the idea of an international civil society. Adding to this, China has proclaimed an ambition to create an ecological civilization.

COVID-19 has stopped much of the world in its tracks. The pandemic has created what many hope history will remember as The Great Pause. We have before us, however, a moment during which we can turn this great pause, and the catastrophe that caused it, into an opportunity for a global re-set and the emergence of new hope for the future.

The most immediate risk at that moment is that our society will lapse into some different but still functionally unaltered version of what we had before the pandemic, which would be a disaster leading only to the next disaster. The world won’t be and shouldn’t be the same again. Looking towards a sustainable future for all, our interests should reside in not re-creating the world we had, but rather in creating the world we want and the world we need to have, if we are to perpetuate tolerable living conditions for ourselves and for the rest of life on this planet in the future. But this project is not for the faint of heart. One of the goals of any transformational moment aimed at a global re-set and a future of hope, is to lay the foundation for a post-pandemic world in which human self-interest aligns with planetary realities. We need not a partial but a full transformation.

Within this framework, transformation is not just a word. It is a fundamental change to the way we live our lives. We have to re-engage with nature; regenerate biodiversity; re-create an economy based on protecting the global commons, eliminate waste and spur creativity. Such a global re-set can produce universal benefits in the form of a healthier, more just, safer, kinder, and more spirituality connected society.

But to make that transformation we have to act on behalf of that hope. The mobilization of hope is a precondition of effective action. In this, there is much that reminds us all of the creation of the United Nations, which is celebrating its 75th anniversary this year. The theme of the celebration is The Future We Want; The UN We Need. This is a celebration worth marking. As Paul Kennedy reminds us in his landmark book, The Parliament of Man: The Past, Present and Future of the United Nations, it is difficult today to recapture the optimism and high spirits of those who, in the latter days of the most devastating war in all of human history, thought that a new world order was possible, or had already arrived. Of course, these visionaries were overly optimistic, as are all who roll boulders uphill. But what they had in common was a recognition that without principled institutions and common rules of global conduct, a fragmented humanity could not advance. There is much that can be learned by looking back at those 75 years. What we see in retrospect, is that the world has been where it is now at least once before. We are reminded that in the midst of a period of horror, the visionaries of the day were able to look at a world reduced to rubble and see in it a transformational moment for all. Critically we are provided with an example of what can happen at major turning points in history, like the one in which we presently find ourselves. We have before us a once in a generation opportunity to turn the transformational moment in which we are presently suspended by a pandemic into a better, more just, more secure, and sustainable future for all. The question is, can we do it? The prospects of all future generations depend, now, on our collective response to that challenge. It won’t be easy. Our planet is different – demographically, environmentally, socially, and geopolitically – from the world as it was in 1945. How could it be otherwise when, in the span of a single lifetime, the human population on Earth has swelled almost four-fold from two billion to nearly eight billion in 2020 and total global production grown from US$4 trillion to more than US$140 trillion in the same period. This has not come without unintended consequences. 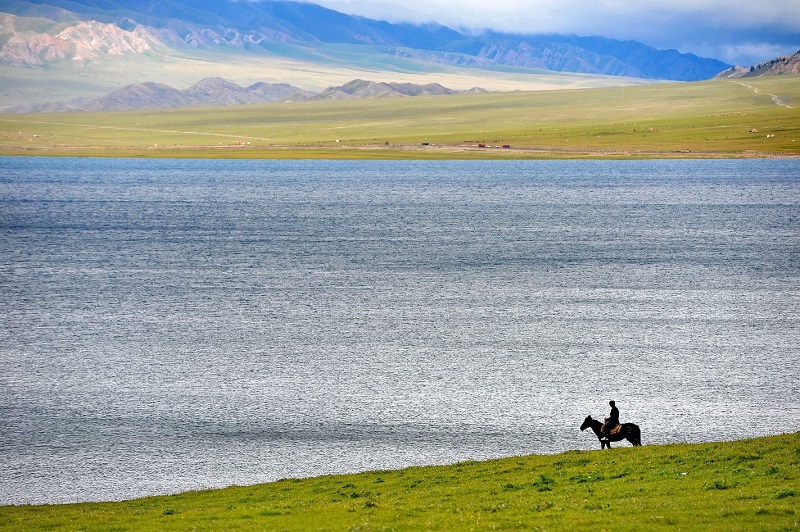 If this is to become a transformational moment, the level of change we need has to emerge from the hearts and collective conscience of humanity and that change has to manifest itself in action in the form of implementation of the UN’s existing framework for creating a more just and more sustainable world: the UN’s 2030 “Transforming Our World” global sustainable development agenda. Difficult as the UN’s sustainable development goals may appear to be to achieve, and distracted as we presently are by the pandemic, we cannot afford to lose sight of what this agenda can do for humanity. This agenda may, if implemented now, well be seen in time as the greatest gift the UN has given humanity.

China has a huge role in making the transformation of our world possible. Through the efforts of the UN we have witnessed the emergence of the idea of an international civil society. Adding to this, China has proclaimed an ambition to create an ecological civilization. It is true that its image remains vague, contested and constantly changing, just as society is. This idea, however, continues to evolve, and as it has become the potential foundation of the emergence of a second enlightenment; an enlightenment that could blossom into existence in the very transformational moment in which we presently live.

From this we see that, just as in 1945, this is not the end of the world. It is just the beginning of another. Perhaps because we are so connected, people today – as this pandemic has demonstrated – have expanded capacity to think in terms of community rather than just thinking about themselves.

There is great power in realizing this – for it is at the local level – where we live – that we have the most power to effect change and to act most effectively in service of where and how we live and who we love, now and in the future.

To that end, and in complete harmony with China’s vision of an ecological civilization, the UN is calling for a global “restoration imperative,” the rapid restoration of critical natural system function so that we can restore balance in the world and step back from the climate crisis.

We are at a crossroads. And we are running out of time. The world needs to get on top of this pandemic and get ahead of climate disruption before it gets ahead of us. But to create and have hope we need to work together. All of us.

What we urgently need now is a second, new and very different, Enlightenment. But no Enlightenment can proceed without a renaissance.

It is worth reminding ourselves that humanity’s first renaissance was born in Italy following an epidemic of the black plague in the 14th century. Maybe this is the time for another. We all need to be that next renaissance, to be that new and wiser beginning.

This is perhaps the very transformational moment for which China has waited patiently for 5000 years. The moment in which it could create an ecological civilization that positively changes not only China, but the entire world.

Robert Sandford holds the EPCOR Chair in Water and Climate Security at the United Nations University Institute for Water, Environment and Health, and is a senior advisor on water issues for the InterAction Council.