They Secure World Peace, So Let’s Secure Their Safety

For 70 years, peacekeepers from various Member States have contributed to efforts to maintain international peace and security. Some have paid a high cost of their health, even lives. 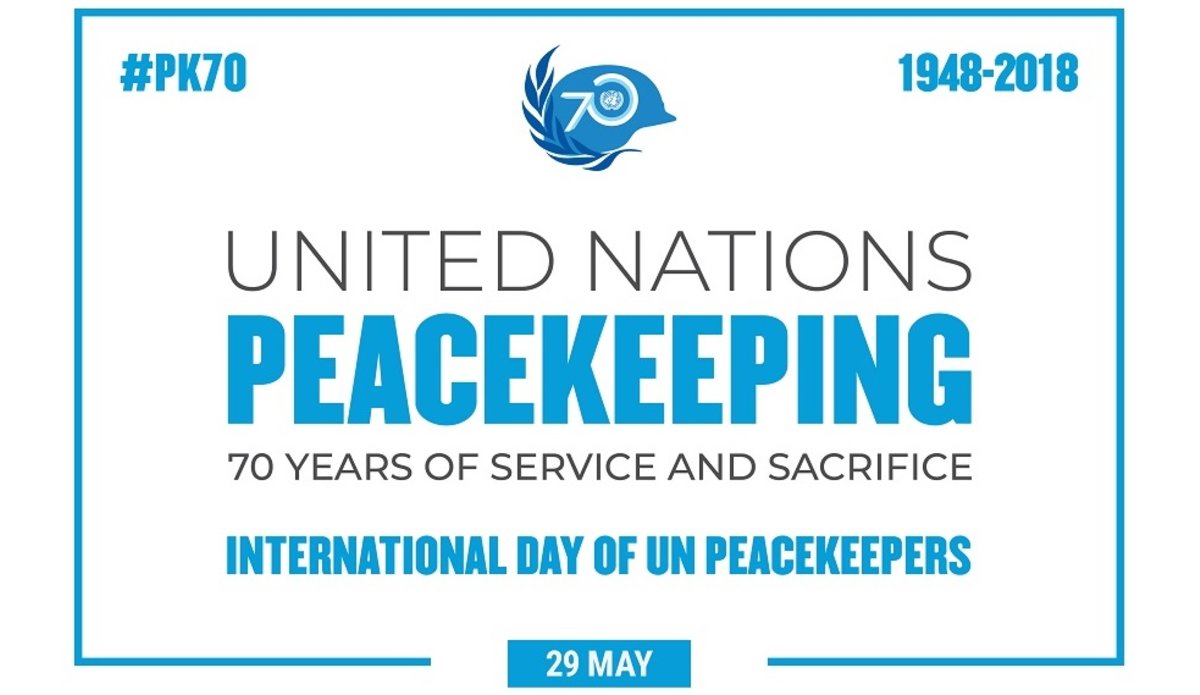 For 70 years, peacekeepers from various Member States have contributed to efforts to maintain international peace and security. Some have even paid a high cost of their health, even lives.

As of May 2018, a total 3,733 peacekeepers have sacrificed their lives during peacekeeping missions, including 17 Chinese soldiers and police.

In 2002, the UN General Assembly passed a resolution naming May 29 each year as the “International Day of UN Peacekeepers” to commemorate and commend peacekeepers who have been killed in UN peacekeeping missions, as well as to express gratitude to international peacekeepers for their contributions to global peace efforts.

At the end of 2017, with the support of the China-UN Peace and Development Trust Fund , the Panel of Experts appointed by the Secretary-General of the United Nations completed a report entitled “Improving the Security of United Nations Peacekeepers: We Need to Change the Way We Are Doing Business” (also known as the “Cruz Report”).

However, the report focuses solely on violence in peacekeeping operations, ignoring other risks that threaten the safety of peacekeepers.

According to data released by the United Nations, the deaths of 35 percent of the 3,373 peacekeepers killed are a result of accident, 31 percent are caused by illness and only 27 percent result from violence.

In addition, the impact of psychological stress on the safety of peacekeepers is an area that requires attention. 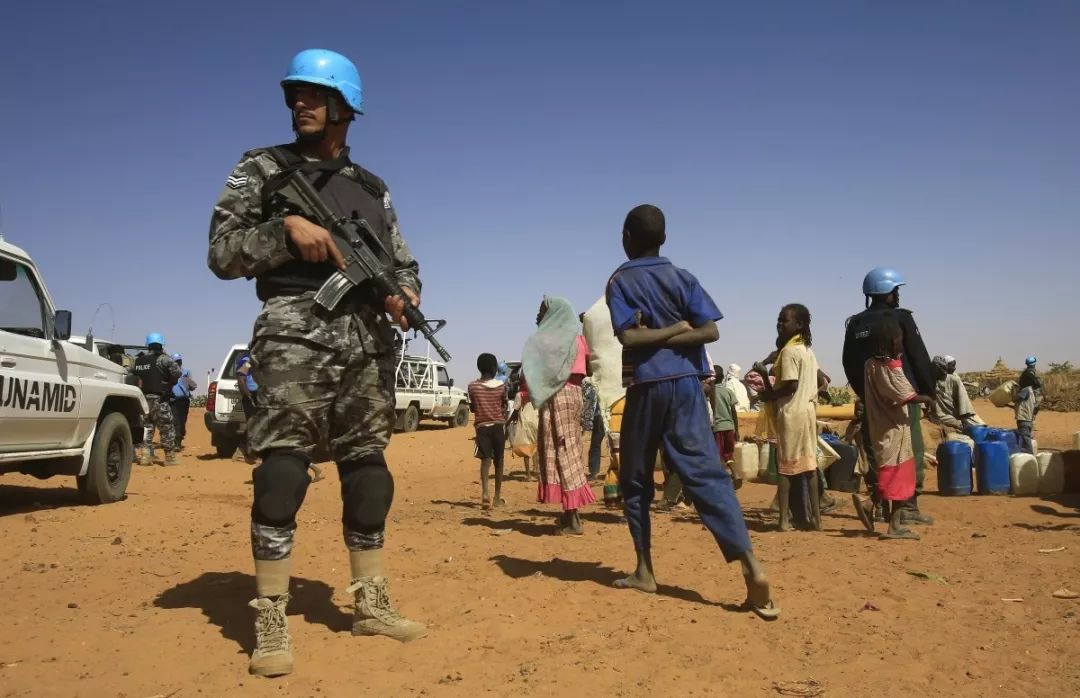 In the post-Cold War era, the use of deadly weapons has been rampant in many peacekeeping mission areas. Peacekeepers frequently encounter armed conflict, terrorist attacks, riots, ambushes and various other forms of criminal acts at any time.

In particular, in the Sahel and the Great Lakes region of Africa, some illegal armed and terrorist organizations are in possession of heavy weapons such as artillery and rocket launchers, which are even more sophisticated and modern than the weapons of many peacekeepers.

Because of restrictions on the use of force and operational capacity, peacekeepers can only adopt defensive and self-defense positions in the face of violent threats, which make them more vulnerable to violence.

The most common security threats are traffic accidents: poor road conditions in mission areas, limited maintenance and repair conditions for vehicles, irregular driving by some peacekeepers and weak awareness of traffic safety among local people… These have become major challenges for peacekeepers.

Peacekeepers often need to travel by helicopters or fixed-wing aircraft. However, due to shabby landing facilities and aging aircraft, air crashes are frequent. On June 29, 2004, 24 peacekeepers lost their lives in a helicopter accident in Sierra Leone.

Natural disasters are another type of accident. These include hurricanes, earthquakes, flash floods and their secondary disasters. Houses and infrastructure in mission areas are often unable to withstand natural disasters. In fact, peacekeepers are just as vulnerable as local people to casualties resulting from disasters.

In 2010, the headquarters of the United Nations Stabilization Mission (MINUSTAH) collapsed as a result of the massive earthquake that struck Haiti. Eight Chinese peacekeeping police and officials of the Ministry of Public Security were killed. 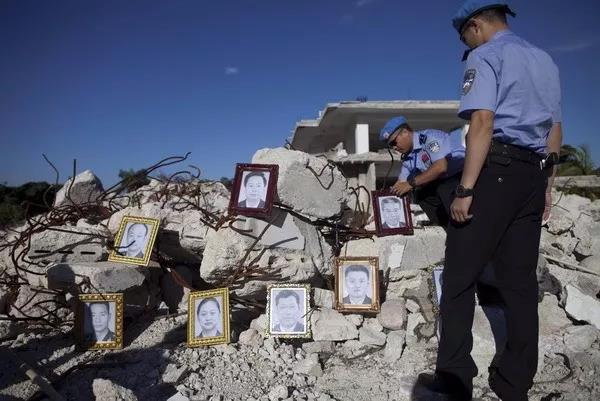 Δ On January 12, 2011, in the Haitian capital of Port-au-Prince, China’s peacekeeping police riot squad members in Haiti held a ceremony in front of the ruins of the former headquarters of the United Nations Stabilization Mission in Haiti to commemorate their comrades who died in the earthquake the previous year.

The Haitian capital, Port-au-Prince, is located in a seismic zone. The past 100 years have seen two devastating earthquakes strike the city. When selecting mission offices, it is worth pondering whether the relevant UN departments have conducted serious earthquake safety assessments.

In addition, the use of depleted uranium and white phosphorus bombs by the U.S. military in the Balkans and the Iraq war has polluted local environments and threatened the safety of peacekeepers performing missions in these areas.

It has been reported that some NATO military personnel who have carried out peacekeeping missions in the Balkans have suffered from radiation sickness after returning home. When I was doing research in Northern Europe, I also learned about various cases of depleted uranium bombs harming peacekeepers.

In addition, in environments where peacekeeping mission areas are relatively primitive, peacekeepers are vulnerable to various animals and poisonous insects. 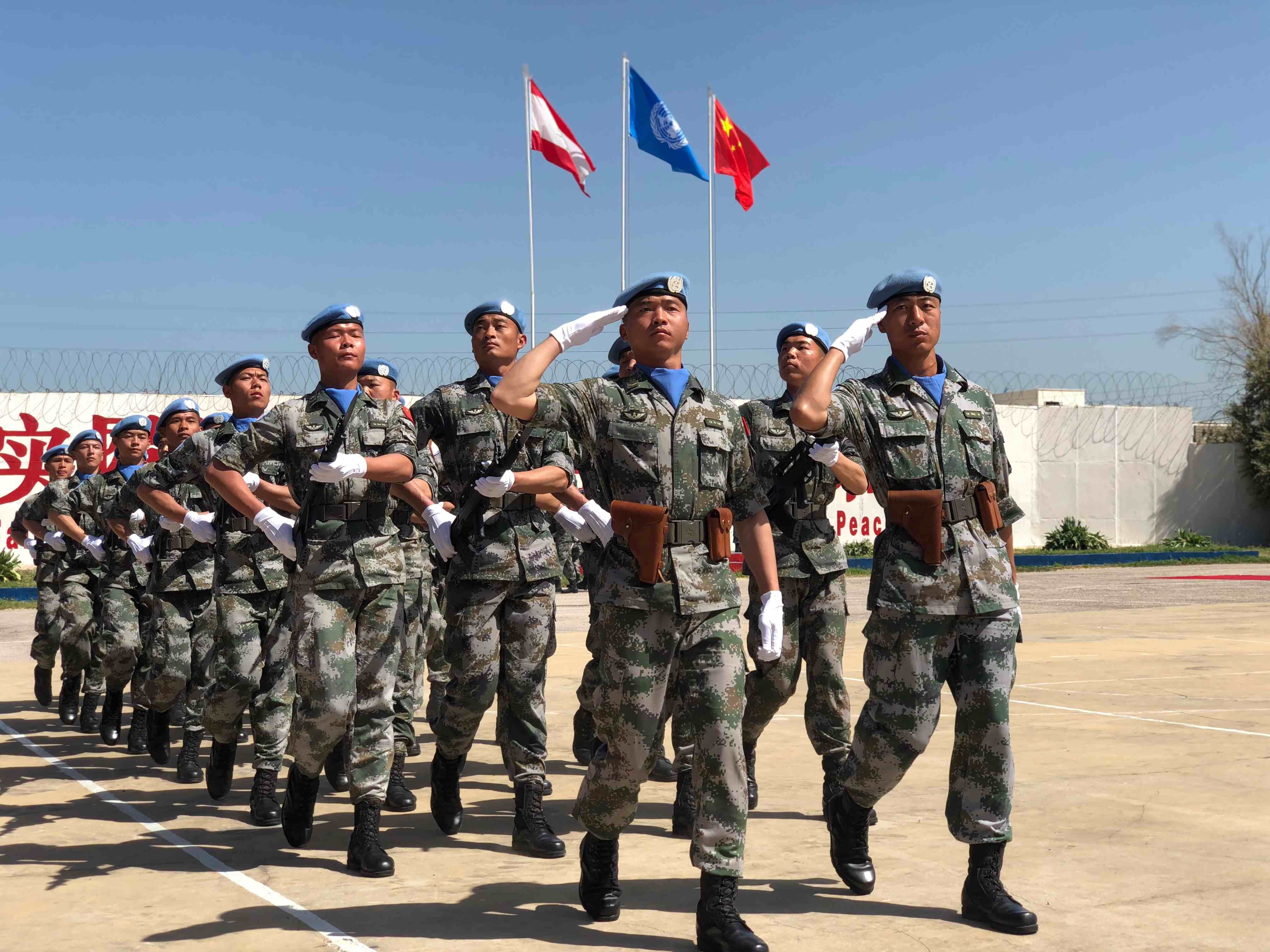 Since 2000, a total of 2,079 peacekeepers have lost their lives, and about half died of illness. In the meantime, the United Nations has organized 10 large-scale peacekeeping operations in Africa. The mission areas of these large peacekeeping operations are located in the tropics, and various tropical diseases such as malaria, dengue fever, yellow fever and African trypanosomiasis are raging, seriously threatening the health and safety of peacekeepers.

Arduous, stressful peacekeeping work can also trigger primary disease or latent disease. What is worse, due to poor medical conditions in some places, many peacekeepers are unable to access timely and effective diagnosis and treatment after getting ill.

In February 2018, a Chinese commander of the South Sudanese peacekeeping force suddenly became seriously ill and developed kidney failure after ineffective local treatments. After being transferred to China for treatment, he finally recovered. 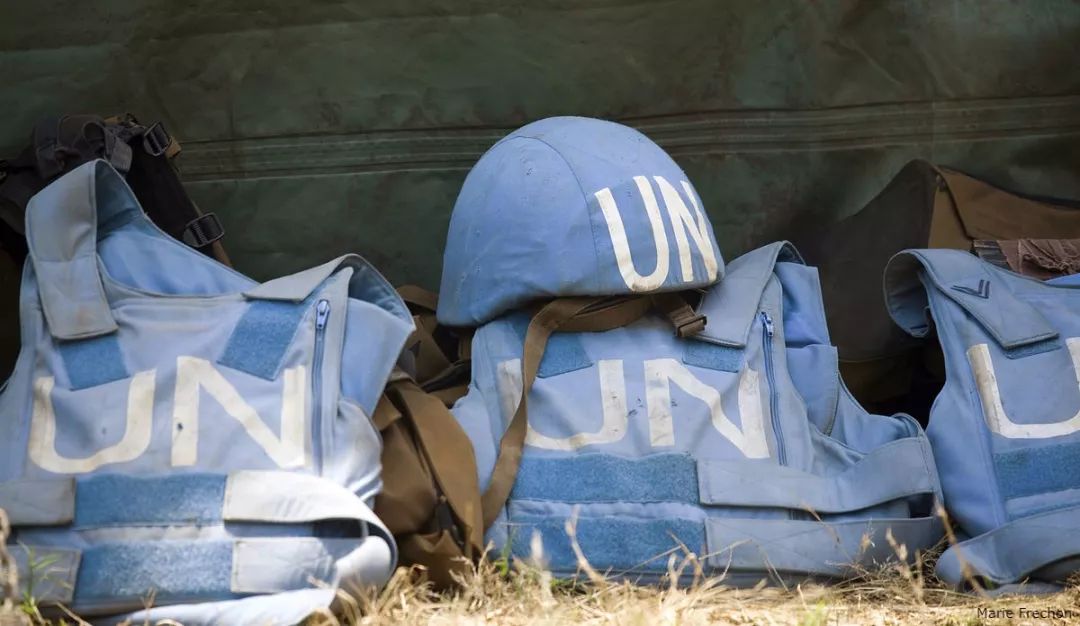 One type of psychological stress is cumulative pressure.

Faced with various violent behaviors, accidents and disease risks, some peacekeepers are susceptible to anxiety and even fear; living in a foreign country, they often suffer from homesickness when away from relatives and friends for long periods of time; Limited space for activities and poor living conditions also greatly affect peacekeepers’ emotions.

If these psychological pressures are not resolved, they gradually begin to accumulate and affect the temperament and behavior of peacekeepers. For example, some peacekeepers have accidents due to lack of concentration when operating weapons and vehicles.

Another type of psychological stress is post-traumatic stress disorder.

Peacekeepers are often mentally traumatized by witnessing or experiencing serious violent incidents. Cumulative stress or post-traumatic stress disorder can lead to depression and mental breakdown. Some patients even show suicidal tendencies and behaviors.

General Roméo Dallaire, commander of the UN peacekeeping force in Rwanda during the genocide that occurred there in 1994, suffered from PTSD in later years and attempted suicide.

In recent years, the United Nations has adopted NATO’s concept of safe action in Afghanistan and other places, and has established a strong “stability mission” in the Democratic Republic of the Congo, Mali and Central Africa. This indicates that peacekeeping operations have actually entered a period of robust peacekeeping.

In these peacekeeping operations, the UN Security Council has authorized the use of “all means” including force to complete necessary tasks. The Cruz Report also recommends a more robust model of action, such as by means of deploying more advanced equipment and adopting a more proactive and preemptive approach to combating violence that threatens the safety of peacekeepers.

In the Democratic Republic of the Congo, the United Nations “Intervention Brigade ” is equipped with heavy arms such as attack helicopters and artillery to carry out mandatory peace missions. However, the security situation in the country has not improved significantly. On the contrary, peacekeepers in the area have been violently attacked frequently. 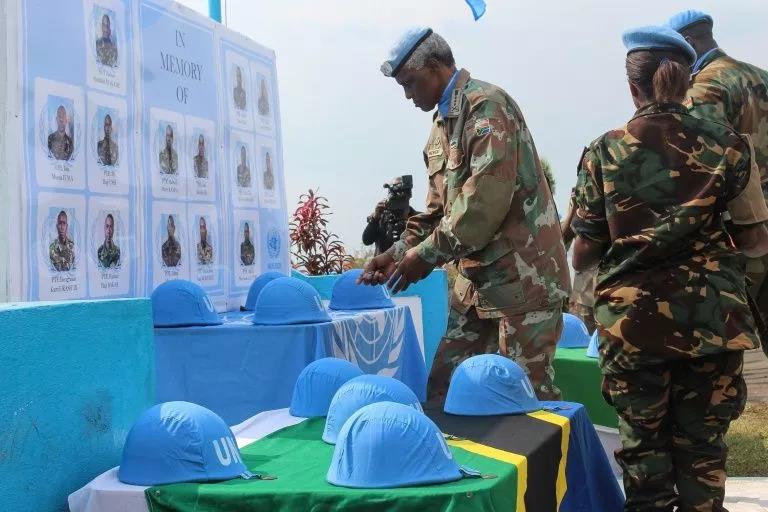 Δ On December 7, 2017, militants attacked the “intervention brigade” in the northern part of the Kivu district of the Democratic Republic of the Congo, killing 15 people from Tanzania’s peacekeeping force and injuring 43 others.

Looking back at the 70-year history of UN peacekeeping, it becomes clear that robust peacekeeping actions will only make the peacekeeping environment less secure.

The political strength of UN peacekeeping cannot hide its shortcomings in operational capabilities. It should redesign its large-scale and robust peacekeeping operations and strategically extract strong peace-building from peacekeeping missions. If necessary, the UN Security Council could delegate peacekeeping missions the relevant regional and sub-regional organizations or multinational forces. Through necessary military operations, a sustainable peace can be established.

The United Nations, troop-contributing countries and police-supplied countries can also provide security insurance to protect the health and safety of peacekeepers.

The author’s opinion does not represent the position of China Focus.

You May Like
“Operation Red Sea” Reflects the Real Battle
Use Wechat scan the qrcode, then share to friend or feed.