What Is the Significance of CIIE When Globalization Faces the Headwind?

Under these circumstances, China holding the CIIE to open its market wider to the rest of the world is a significant measure in terms of steadfastly upholding free trade and economic globalization.

The first China International Import Expo (CIIE) is held in Shanghai from November 5 to November 10, 2018. It marks China’s major action in opening-up its market and supporting globalization. It is also the fourth powerful event of home diplomacy following the successful Boao Forum for Asia, the Shanghai Cooperation Organization (SCO) Qingdao Summit and the Forum on China-Africa Cooperation Beijing Summit.

The first CIIE meets at a time in which deglobalization is growing more rampant. Politically, populism is on the rise, while economically, protectionism is gaining momentum. Trade frictions remain between China and the US, the world’s two greatest economic entities. Under these circumstances, China holding the CIIE to open its market wider to the rest of the world is a significant measure in terms of steadfastly upholding free trade and economic globalization. Additionally, the event shows the confidence and sincerity of China as it enhances economic and trade cooperation with its trade partners and promotes the development of an open world economy. 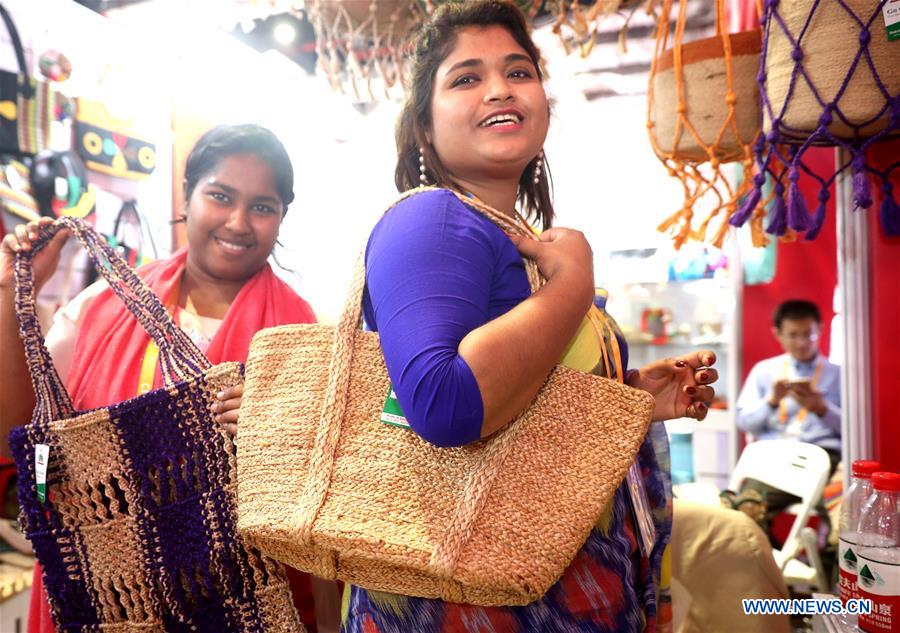 Promoting Opening-Up to a Higher Level

In his report at 19th CPC National Congress, the Party Secretary General Xi Jinping explained that China “must develop an open economy of higher standards and make new ground in pursuing opening-up on all fronts” in order to promote China’s openness to new heights. Opening-up is of great significance, and one of its goals is to increase the high-quality growth of China’s economy.

“China’s total import and export volume increased by 14.2% in 2017, which is the highest figure of the last six years, making China the world’s largest trading nation,” Chinese Minister of Commerce Zhong Shan said on March 5, 2018. “This year we will continue our efforts to promote the high-quality development of the economy in order to build a new trade image in the quality and brand of Chinese products.”

As China’s economy shifts from high-speed growth to high-quality development, net export contributes less each year to economic growth, while consumption’s contribution to economic growth increases. We no longer develop foreign trade by relying on low production costs and blindly expanding exports in relation to the price of domestic resources and the environment. Because that mode of development is unsustainable, we need to change our trade model and pay closer attention to the quality and efficiency of foreign trade.

As the world’s first state-level expo themed on imports, CIIE aims to encourage other countries and regions to provide higher quality products and services to the Chinese market through building a platform of mutual trade and communication. On one hand, it can enlarge China’s exports and deepen its cooperation with its trading partners; on the other hand, it can accelerate the upgrading of related domestic industries, so as to provide higher quality products and more efficient services from the supply side. 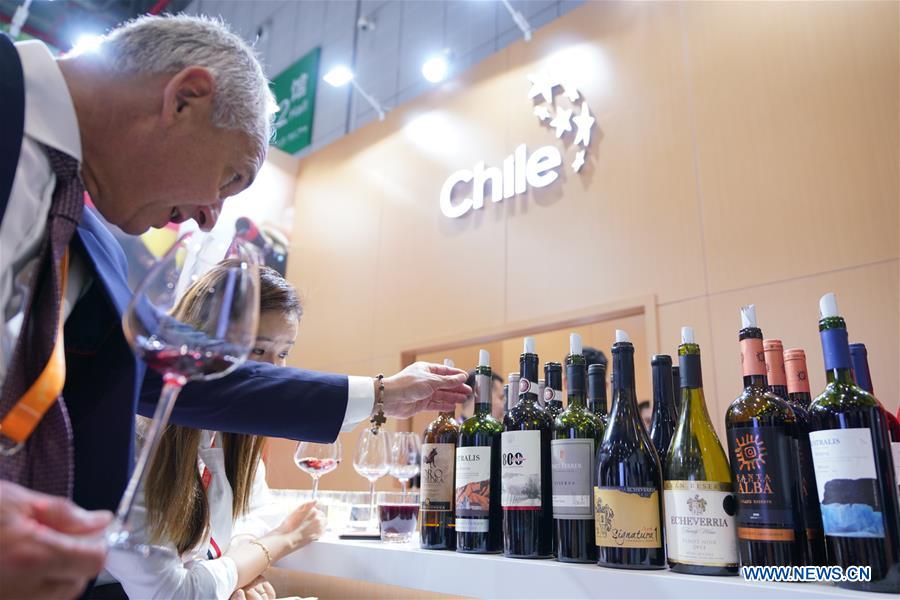 Responding to the Trend of Deglobalization

Currently, populism and geopolitical risks are on the rise, while protectionism in trade and investment is gaining momentum, represented by US President Donald Trump’s trade policies. China-US trade friction has been escalating gradually, especially since US President Donald Trump took office. Nevertheless, we still need to realize that globalization is an irreversible trend of our times. No country can achieve sound self-development if it blocks itself from the outside.

President Xi Jinping announced at the Belt and Road Forum for International Cooperation held in May 2017 that China would hold an international import expo in 2018. That was a practical choice representing China’s active response to deglobalization.

During the expo, a total of 172 countries, regions and international organizations from across five continents will showcase their development achievements and international image at the first CIIE. More than 3,600 companies from different countries will show their latest products and services, and hold trade talks with over 400,000 purchasers from China and elsewhere. More than 1,000 firms from 58 countries along the Belt and Road will attend the inaugural CIIE.

The first CIIE is a new measure of China actively opening its door to the outside world, showing China’s responsibilities to promote economic globalization as a major global player. Meanwhile, numerous participating countries have showed support to the CIIE through their actions, indicating that the international society opposes unilateralism and isolationism while at the same time upholds multilateralism based on international rules. 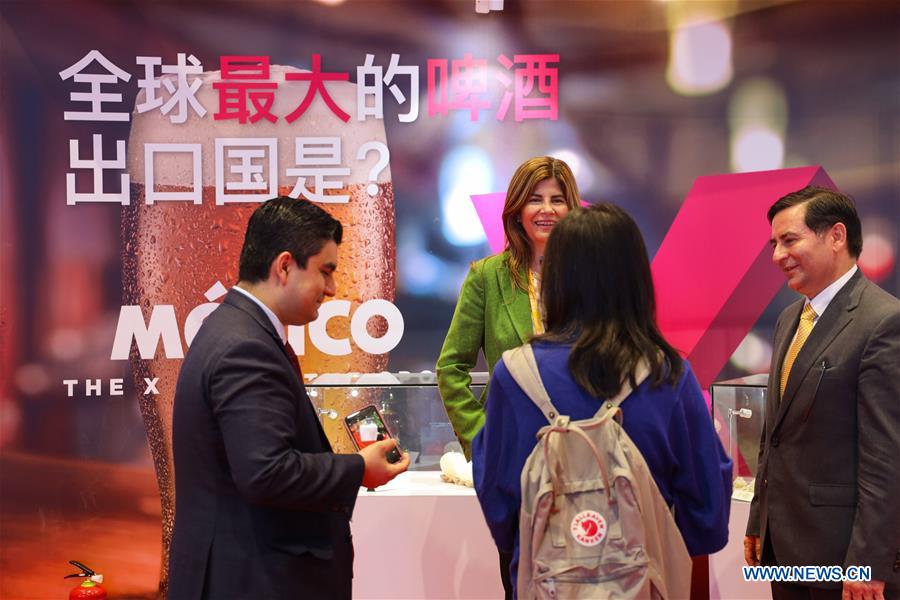 Δ People talk at the Mexico pavilion during the first China International Import Expo (CIIE) in Shanghai, east China, Nov. 5, 2018. A total of 82 countries and three international organizations showcased their achievements in economic and trade development as well as competitive products at 71 booths in the Country Pavilion for Trade and Investment at the CIIE. (Photo/Xinhua)

Building a Community of Common Destiny for Mankind

As an open and cooperative international platform, the first CIIE will provide shared products for improving global economic governance and promoting the common development of an open world economy.

China’s openness is not only beneficial to its own development, but also to the openness and growth of other economies around the world. The CIIE is a substantial action undertaken by China to build a win-win environment of inclusive development in the world, and to build a community of shared future for mankind. It is certain to be of profound significance.

Apart from attracting numerous competitive and developed economic entities, the expo will also feature products from more than 140 companies across 30 least developed countries (LDCs). The exhibitors will present diverse, special and numerous products and services to Chinese consumers through the CIIE.

As pointed out by President Xi Jinping in his key note speech at CIIE inauguration, China’s total imports of goods and services will exceed $ 30 trillion and $ 10 trillion respectively in the next 15 years. Anyone who can enter China’s market of huge potential for consumption and take a strong position in it stands to benefit greatly, as well as help the Chinese people reach their goal of achieving better lives and integrating into globalization in a better way.

Jia Zhongzheng, assistant researcher at the Institute of World Economics and Politics of the Chinese Academy of Social Sciences