What Will the Sino-US Trade War Bring to the World?

Backed with American superpower, the Trump Administration went against its words and continued its unfair and unjust trade actions. Unfortunately, it’s reckless actions will only burden the economy of the two countries and hurt the global economy.

The Trump administration issued a statement on June 15 2018, announcing that it will impose a punitive 25% tariff on $50 billion of Chinese imports, with the first subset ($ 34 billion) taking effect as from July 6, 2018, and the second subset ($ 16 billion) taking effect on date to be determined. The Chinese government, forced to respond, immediately announced a 25% tariff imposed on $50 billion worth of products imported from the United States. The trade war between China and the United States has already started.

Backed with American superpower, the Trump Administration went against its words and continued its unfair and unjust trade actions. Unfortunately, it’s reckless actions will only burden the economy of the two countries and hurt the global economy.

Trump has always held high the banner of “America First” during his presidential campaign and after coming to power. However, the essence is “American Alone.” The “American alone” strategy is thoroughly the economic nationalism when it comes to economic and trade issues. To be specific, the strategy totally disregards the international multilateral free trade system, rules, and procedures centered on the WTO. In order to achieve its ends, the United States arbitrarily imposed tariffs on other countries based on American’s domestic laws, interests and standards in accordance with the interests of the United States by creating and expanding conflicts in ways of intimidation and retaliation. Besides, On the issue of Sino-US trade war, the Trump administration went even further to greedily renege on its pledge. Since February 2018, the Chinese government has been seeking dialogue with the United States and responding positively to the Trump administration’s request by increasingly opening up of the Chinese market, lowering foreign investment restrictions, committing to importing more U.S. goods, and strengthening intellectual property protection to respond the Trump Administration’s request for narrowing the US-China trade deficit and other demands. After negotiations, representatives of China and the United States jointly published the joint statement to constructively discuss and handle the Trump administration’s pressure on China’s economic and trade relations.

However, the White House suddenly announced to impose a 25% retaliatory tariff on $50 billion worth of Chinese imports just before the US Commerce Minister Ross’s visit to China in early June to start a new round of trade talks. The Trump administration’s attitude of seeking for obedience instead of negotiation deeply harmed Chinese government’s dignity and interests. On June 3, Beijing had to issue a statement unilaterally, stating that if the Trump administration continues to impose punitive tariffs on China, it will only force China to abandon commitments of strengthening bilateral economic and trade cooperation.

The Trump administration’s decision to launch a trade war against China on June 15 is not only a contempt for China’s willingness to talk and negotiate, but also a mockery of hard work by the economic and trade officials of the two countries during the dialogue. 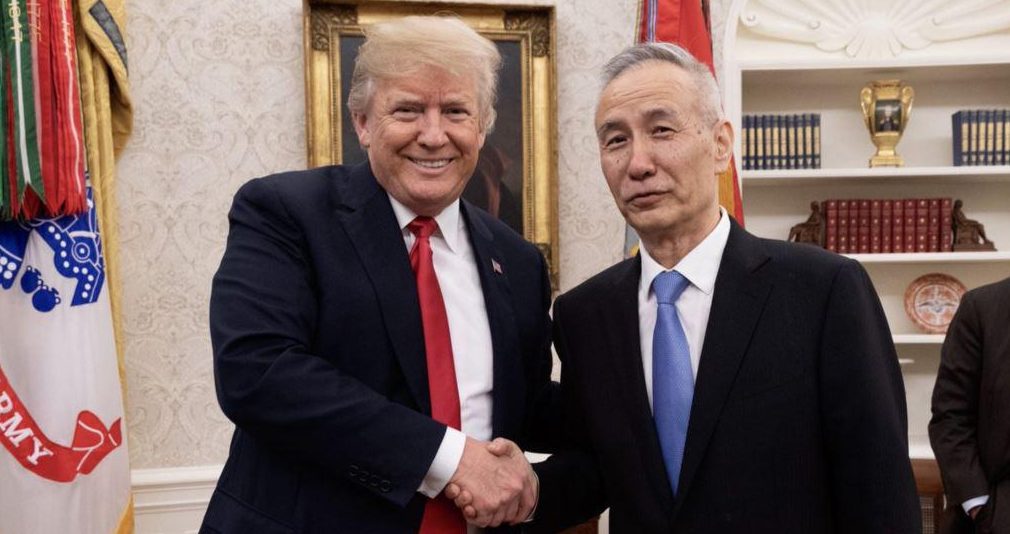 There is no winner in the trade war in either theory or history. The trade war between the US and Europe on the import and export of broiler chickens and pickup trucks still affected the concerned trade relationship between the two sides today and brought lasting consequences to consumers in the two places. Confronted with Trump government’s punitive tariff on $50 billion worth of Chinese products, China has no choice but to implement counterattacks. The imminent trade war involving $100 billion commodities is unprecedented in the world history and will bring huge impact on the two countries economy as well as the world economy. The International Monetary Fund (IMF) Managing Director Christine Lagarde warned on June 14  that the United States’ unilateral trade actions against China may prove counterproductive to the functioning of the declining global economy.

Trump administration’s brutality and toughness in launching the trade war has unprecedentedly challenged the world order. European Union, Canada, and Mexico were also on the United States’ retaliation list. It is time for the world’s major economies to strengthen cooperation and jointly stand up against Trump’s “America Alone” strategy. Otherwise, more countries and economies will suffer.

You May Like
U.S. “Commitment” to Asia Is Self-Interested
One Dogmatic Size Does Not Fit All Systems
Identifying the Underlying Causes of Sino-U.S. Frictions
Import Expo：China’s Major Proactive Move to Open Its Market to the World
US-Russian Relations Face Another Major Setback
Firm in Globalization
Why the “Fire and Fury” on China Trade?
China is Forced to Counter US-Initiated Trade War
Use Wechat scan the qrcode, then share to friend or feed.