Why the “Fire and Fury” on China Trade?

The world is on tenterhooks waiting for the next moves from the Trump Administration in terms of the draconian tariffs he has threatened to place on China as well as on a number of other countries, including our close neighbors Canada and Mexico.

The world is on tenterhooks waiting for the next moves from the Trump Administration in terms of the draconian tariffs he has threatened to place on China as well as on a number of other countries, including our close neighbors Canada and Mexico. And the question remains for most people: Is he really intent on carrying out the threat (the first tariffs are to take effect on July 6) or is this merely an “in-your-face” negotiating tactic to cut a better deal for the United States? We probably won’t know until the last moment, but a number of things seem to be clear.

China is Trying to Walk Away from the “Century of Humiliation”

The first thing to note is that U.S. consumers will feel the crunch if the counter-tariffs threatened by China begin to take effect. Much U.S. consumption over the last few years has been based on relatively cheap products coming from overseas, and particularly from China, whether you are looking at appliances, utensils, clothes, or toys for kids. Given the relatively low wages that were being paid to Chinese workers working in these industries over the last several decades, you have to recognize that Americans succeeded in paying below cost of production for most of these goods. Just look at the environmental devastation caused during the course of that period in China, and you will get a glimpse of the price China itself has had to pay for entering our world system as our low-wage manufacturer. 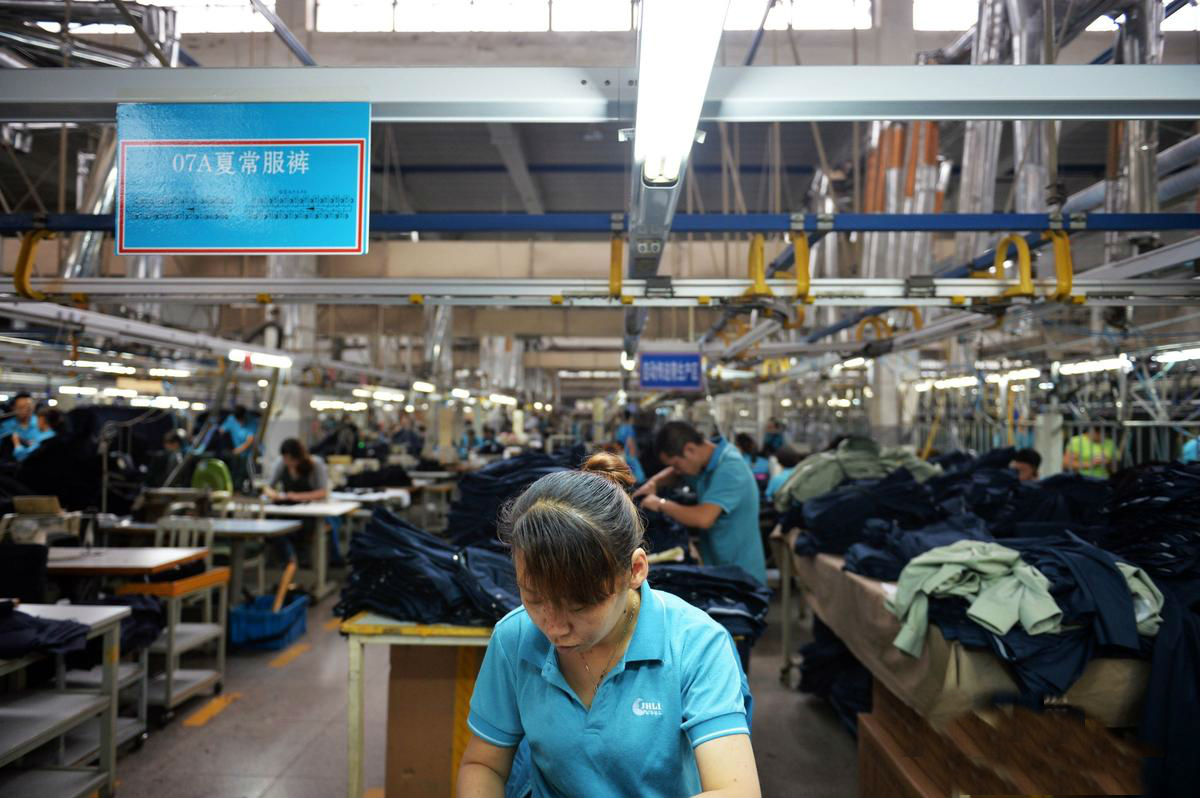 Aware of this predicament and of this unrequited “overhead cost” of entering the world system, the Chinese leadership nevertheless devised a means of gradually increasing the level and the quality of production by tenaciously pushing the level of scientific and technological advances in order to work their way up from that early position of low-wage manufacturing.

And this became a commitment of the Communist Party and of the nation as a whole and a commitment by the people themselves, who realized that they now had the means of rising to the level of a modern developed nation. A situation like this, with a nation fully mobilized to move ahead in development, usually only occurs in other countries under conditions of war or of great national crisis. And in a very real sense, China felt that it was still emerging from that long period of crisis known as the “century of humiliation.”

Many countries have been greatly encouraged by China’s rapid development, particularly in the developing countries. It has given them hope for their own future. While others view it with some trepidation, it has enhanced China’s role and prestige in the world in a way that few expected. And such major changes are often difficult for people to adjust to, particularly for those nations like the United States, which are used to determining the direction of human affairs more or less by themselves.

Δ White House released a report outlining how China’s policies threaten the economic and national security of the United States.

The 35-page report released by the White House in connection with the President’s statement on tariffs, somewhat bombastically entitled “How China’s Economic Aggression Threatens the Technologies and Intellectual Property of the United States and the World” is, however, much more than simply a “critical analysis” of China’s trade practices. It is more akin to Peter Navarro’s polemical screed, entitled “Death by China”. The document is in fact an amalgam of ALL of the complaints that have ever been raised by various lobby groups with regard to China, whether they be defense-related, commercial, or even educational. The only interest group to be left out of this document was the human rights lobby.

For instance, from a Pentagon report, the document notes, with appropriate grave concern, how visiting Chinese scholars or students have utilized “open sources” to “scan technical literature, analyze patents, reverse engineer product samples, and capture conversations at scientific meetings” This is presented as a part of some grand conspiracy to “steal secrets”.  If the U.S. Government is so concerned about “open source” searches, they should probably outlaw the internet!

Much is also made of the 300,000 Chinese students studying in the United States. Certainly during their time here, they will come away with useful knowledge and distinct impressions. And for those studying in STEM fields, as many are, they will take back with them significant scientific know-how which will benefit their country’s development, even militarily. But they will also take back with them a certain understanding of the United States, its institutions, its (often messy) political processes, and, hopefully, a sense that Americans are not ogres who think they are better than the rest of the world. Such cultural exchanges are absolutely crucial for a deeper understanding between nations. In addition, it should be noted that many of these Chinese students actually end up staying to work in the United States and contribute to the common weal here. The report even criticizes China for trying to encourage students to return home after their education.

The report goes on with the usual laundry list of complaints, the so-called “forced” technology transfers, bureaucratic restrictions placed on foreign companies working in China and policies in which the Chinese government is intent on creating “national champions”.  But who more than Donald Trump with his “America First” mantra should understand why governments try to promote their own national companies? Any government that does not would most probably soon find itself out of favor and even out of power.

But if these matters were really of the greatest concern for U.S. or other foreign companies working in China, why then have the US-China Business Council and similar organizations, which represent those businesses that have invested in China, placed themselves in opposition to Trump’s tariff threats? China has been quite diligent in working to eliminate within reason whatever foreign businesses have experienced as impediments to their ability to work and prosper in China – and it is in China’s interests to do so, as it is encouraging more foreign investment. And the recent 19th CPC Party Congress has unequivocally reaffirmed that the country will open up more to foreign investment and that these reforms will continue. So why all the “fire and fury” over trade.

President Trump, of course, has surrounded himself with some very hard-headed foes of China, including his own National Security Advisor, John Bolton, and economist Peter Navarro, and they have come up with some very provocative policies. And up to this point, Trump has played along. But does he really think that China will ultimately back down in this risky game of “chicken”?  If so, he shows a distinct lack of understanding of Chinese history and culture. Pushing this policy to the point of implementing the tariffs will only result in a serious escalation, the ultimate end of which no one can really foresee. We hope that the President realizes that this particular game of “hard-ball” will end badly for the United States, and he will once again shift gears, and that this happens before too much harm has been done – to China, to the U.S. economy, and to the world. 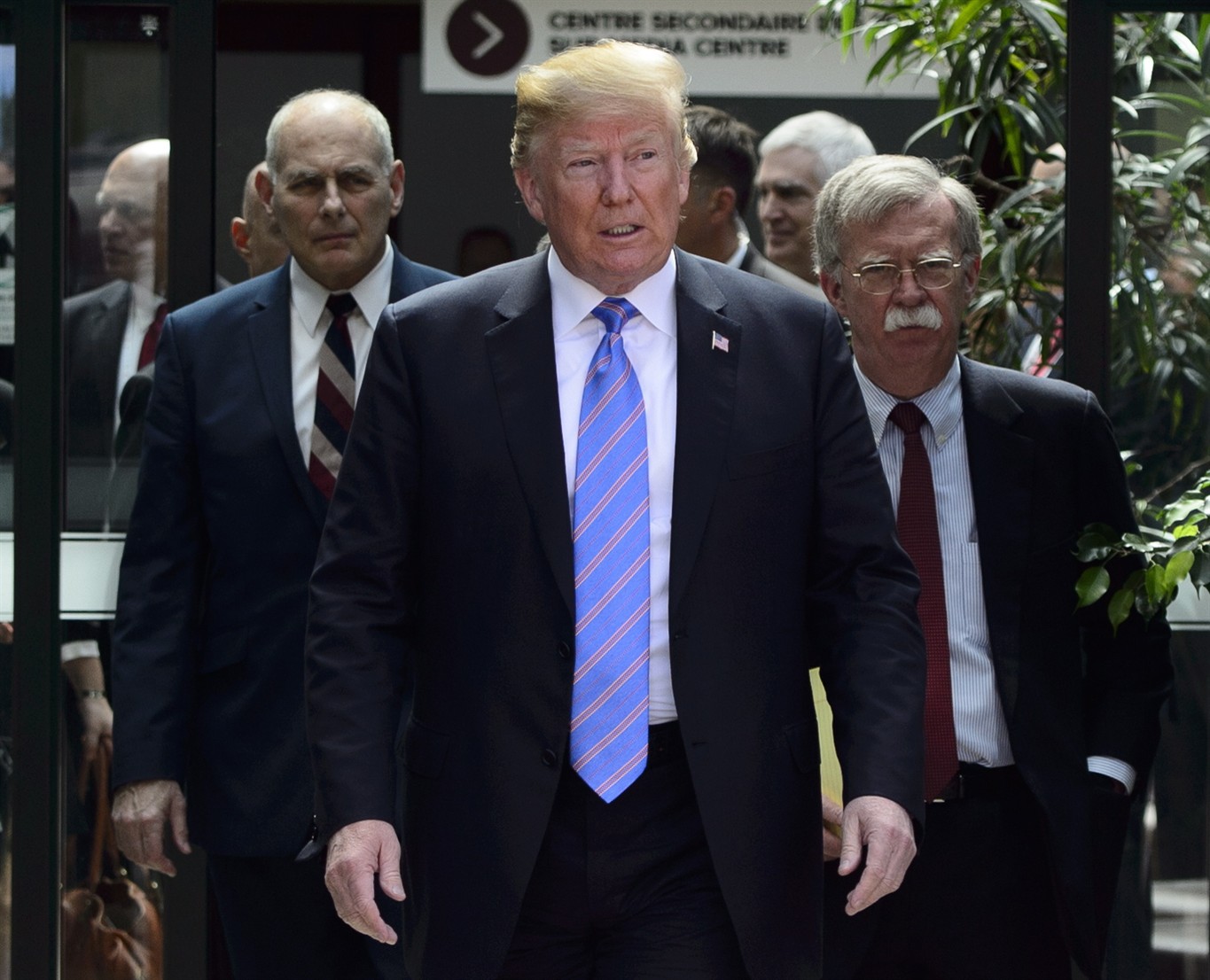 And if the President is truly concerned with reviving the U.S. economy, he should work to rebuild our infrastructure (as he has promised), and use the power of government to rebuild those institutions that have contributed most to the development of our industrial potential – organizations like the Office of Science and Technology, which still has no director, our National Aeronautics and Space Agency, which is slowly being dismantled and handed over to private enterprise, and the Ex-Im Bank, which narrowly avoided total destruction, could well be expanded. President Trump should consider reinstating something like Kennedy’s income tax credit for firms willing to reinvest in their companies and in R&D rather than his blanket tax cuts which may simply go to paying for more elaborate summer vacations for their recipients. And, with his interest in rebuilding the decaying U.S. infrastructure, he could establish an infrastructure bank, in which the Federal Government as well as state and local governments and private investors could invest. This might also be a means of bringing Chinese investment into his infrastructure program. President Trump doesn’t have to go abroad to find a scapegoat for the problems of the U.S. economy. The problems are all home-grown. And if he would return to the sound principles of Alexander Hamilton, of Lincoln and of Franklin Roosevelt, he would succeed in reviving the American economy without a disastrous trade war in which there can be no winners.

William Jones, is the Washington Bureau Chief for the Executive Intelligence Review, and Non-resident Senior Fellow of Chongyang Institute for Financial Studies, Renmin University of China.

The article reflects the author’s opinion only, not necessarily the view of China Focus’.

You May Like
Confrontation Will Backfire
China’s Recovery Contributes to Global Economy
A Better Way Forward for the Middle East
RCEP to Help Build Economic Resilience
Beijing 2022: A Tech-Loaded Sports Gala
​China’s Economy Has Sustained Organic Growth Momentum
Economic Cooperation 2.0
China’s Role in the World
Use Wechat scan the qrcode, then share to friend or feed.