Experts on the foolhardiness of Trump’s tariffs——This conflict is a very real manifestation of a dysfunctional U.S.-China codependency

The U.S. raised tariffs on $200 billion worth of Chinese imports from 10 percent to 25 percent on May 10, the day the 11th round of China-U.S. economic and trade consultations ended in Washington, D.C., with no deal reached. But the decision was announced on May 5. On May 13, in response to the U.S. escalation of trade frictions, China announced that it will impose additional tariffs on some imported U.S. products as of June 1.

Stephen Roach, a senior fellow at Yale University and former Chairman of Morgan Stanley Asia, Jon Taylor, Chair of the Department of Political Science at the University of St. Thomas in Houston, and Avery Goldstein, Director of the Center for the Study of Contemporary China at the University of Pennsylvania, shared their observations with Beijing Review on the development of China-U.S. trade frictions. Edited excerpts of their views follow: 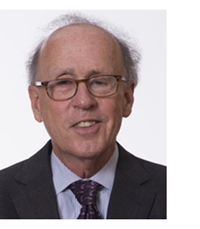 The events now qualify as a classic trade war—tit-for-tat tariffs, with China responding proportionately to each and every one of President Donald Trump’s moves.

I think there is a 60-percent chance that Trump and Chinese President Xi Jinping will resolve the trade conflict before or during the G20 Summit in Osaka, Japan, at the end of June.

Unfortunately, the coming deal—if and when it is struck—is likely to be a superficial deal featuring China’s commitment to multi-year purchases of U.S. products. This is a superficial deal because it addresses the least consequential aspect of the economic conflict—the bilateral U.S.-China trade imbalance. The U.S. has a multilateral problem—trade deficits with 102 countries in 2018—because of a major shortfall in domestic savings. Trump will achieve little by attempting to find a bilateral solution for a multilateral problem. This is a classic problem in macroeconomics that the U.S. administration either ignores or does not understand.

Apart from the futile attempt to resolve the trade deficit, there is little chance that the coming deal will feature a breakthrough on the tough structural issues raised by the U.S.—intellectual property, technology transfer, cybersecurity and state-sponsored industrial policy. The rhetoric may change but China is unlikely to change its system in response to U.S. pressure. There is a high likelihood of lasting conflict on these issues—suggesting the distinct possibility of an economic Cold War between the U.S. and China that leaves me quite concerned about the long-term economic relationship between the two nations.

This conflict is a very real manifestation of a dysfunctional U.S.-China codependency—the subject of my 2014 book Unbalanced: The Codependency of America and China. Both nations harbor deep-rooted existential fears—China fears U.S. containment of its growth and development and the U.S. fears that China threatens its future prosperity. The best way to address those fears is by strengthening from within rather that lashing out at the perceived threat.

For China, that means continuing to focus on structural rebalancing—from manufacturing to services, from exports to private consumption, from imports to indigenous innovation, and from surplus savings to saving absorption. For the U.S., it means focusing on rebuilding domestic savings by containing longer-term budget deficits—thereby boosting long-term competitiveness by having the domestically generated wherewithal to fund investment in productive capacity, infrastructure and human capital.

I am more optimistic that China will be better able to achieve these objectives than the U.S. That will only deepen the U.S. existential fears of China, prolonging the current conflict for years to come. I fully realize that such a prognosis is at odds with longstanding win-win hopes. In light of the current and prospective developments, a more realistic assessment may well be in order. 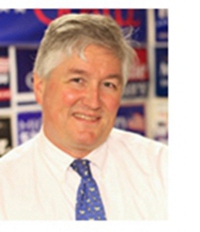 The impact will be quite large, assuming that President Donald Trump is truly serious about taxing all incoming goods from China. There will be multilevel impacts. Trump’s tariff hikes will be felt by all U.S. companies that are importing goods from China, since they are the ones—not China—who will have to pay the tariffs.

Additionally, it will have a ripple effect on the U.S. economy because these companies will pass along the increased costs to U.S. consumers. If Trump continues to give carve-outs for products like the iPhone, as he did when he first began announcing tariffs last year, then there is a possibility that it won’t be quite as bad as we might expect. That said, if Trump goes through with his threat to tax all incoming goods from China, then China will likely target U.S. industries that have political importance.

Remember that ahead of the 2018 mid-term elections, China targeted Harley-Davidson motorcycles, whiskey, cranberries, soybeans and pork, which hit—among other places—the home states of Senate Majority Leader Mitch McConnell and then House Speaker Paul Ryan. Assuming that Trump follows through, I would expect Chinese tariffs to be just as targeted this time around, taking aim at U.S. businesses that operate in China with home bases located in important 2020 U.S. presidential election swing states.

Trump’s trade war is not only counterproductive, it is like a football own goal in that it is aimed at China, but will actually impact U.S. consumers, the U.S. economy and very soon, the global economy.

Frankly, China can purchase only so much soybeans and oil and natural gas from the U.S. Trump’s escalation of tariffs on Chinese goods resulted in the collapse of the trade talks and will result in less trade, not more. Trump’s tariffs have encouraged China to find alternative sources for various commodities. Even with a move to purchase more from the U.S., China has globally diversified its import portfolio. We will likely not see U.S. commodity imports approach pre-Trump tariff levels in the foreseeable future. Trump’s views on tariffs are so pre-modern, so removed from the conventional wisdom regarding global trade that it begs the question about how often he attended his Wharton School economics classes as a student.

Trump has consistently proven that he relishes moving the goalposts in order to ramp up animosity toward China and economic globalization. He has created a new normal in which he appears happy to continually look for new and more confounding solutions in search of invented problems—all the while ignoring both the realities of global trade and the burden of costs that his tariffs have on the people in the U.S. His actions are not only damaging long-term U.S.-China relations, they are pushing the U.S. closer to a recession with every passing day.

As long as Trump is in the White House, I do not expect the trade dispute between China and the U.S. to be truly resolved.

China has demonstrated both restraint and calm throughout this useless trade war. I fully expect that China will continue to look for ways to respect each other’s core interests in the spirit of win-win cooperation and mutual benefit. Frankly, Trump’s Twitter rants have made things worse.

Ranting about deal-breaking and threatening substantial increases in tariffs are not a normal negotiation strategy with one of the world’s preeminent powers. If Trump really wanted to negotiate a legitimate, wide-ranging trade agreement, he should have begun by demonstrating respect for China by treating it like an equal. That would have created a more collegial environment that could foster a much more acceptable agreement.

Unfortunately, Trump wants China to capitulate. He’s delusional. Simply stated, that is not going to happen. This is 2019, not 1860. 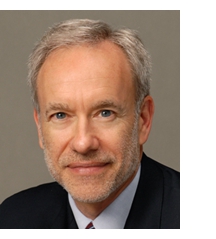 If the renewed escalation in economic disagreements is not just a brief detour before reaching an agreement in the next month or two, then the economic consequences for the U.S. and especially for China will be significant, but not catastrophic.

More important than the direct economic effects of a protracted economic confrontation will be the effects on the viability of the global economic order. If the bilateral dispute results in the economic decoupling of the U.S. and China as well as the undermining of the role of the World Trade Organization and other multilateral institutions, the transition to a new international economic order will be painful for all.

Even if the result is not a global recession, it would almost certainly be a less prosperous future for a world in which the efficiency of global supply chains and relatively free trade and investment opportunities resting on comparative advantage would be undermined if not destroyed. That said, even if the U.S. and China are able to revive talks and salvage an agreement in the coming weeks, neither they nor the international community can any longer have great confidence that the two countries will avoid renewing their disputes in the future.