Will the Sino-US Trade War Turn into a Currency War?

China does not need and will not seek a release of pressure on commodity exports by guiding the RMB to unilaterally depreciate sharply. In fact, this is also unfavorable to China in its efforts to attract foreign investment and enhance its import capacity.

U.S. Treasury Secretary Steven Mnuchin decides to changing how the U.S. determines which nations are gaming their currencies, a move that could give U.S. President Donald Trump the chance to officially brand China a foreign exchange-rate manipulator as he seeks leverage to redefine trade terms between the world’s largest economies, according to Bloomberg’s report on Oct.21.

In the past six months, the yuan has dropped more than 9 percent against the US dollar. The yuan’s sharp depreciation comes amid a trade war between Washington and Beijing and accusations from US President Donald Trump that China is deliberately devaluing its currency as a weaker yuan helps to offset the impact of tariffs by making Chinese exports cheaper.

Δ An article on CNN Business on Oct. 17 shows that the US Treasury Department decided not to label China a currency manipulator despite the recent drop in the value of the yuan, once again deferring on a core 2016 campaign promise made by President Trump.

Δ The Wall Street Journal published an article on Oct. 15, arguing that “the Trump administration is railing against Chinese currency manipulation without any regard for the yuan’s actual ups and downs”.

First, the strengthening of the US dollar index is the direct cause of sharp fluctuations in the RMB exchange rate. The Trump administration recently launched a series of measures to revitalize the US economy, including cutting corporate income tax and tax deductions for financial capital and industrial capital returning to the US. As a result, economic indicators of the United States have been very positive. In addition, the Federal Reserve has accelerated its pace of raising interest rates. On Sept. 27, the Fed announced that it would raise interest rates by 25 basis points for the third time this year, to a range of 2-2.25 percent. It is expected that the Fed will decide another rate hike before the end of this year, as well as three times in 2019 and once in 2020. These factors have contributed to the attractiveness of dollar assets and the return of capital to the United States. The Chinese central bank, however, chose not to follow the Fed’s interest rate rises out of consideration for stabilizing economic growth. Instead, China has taken measures to cut its RRR, which narrows the spread between China and the United States. RRR cuts weaken the attractiveness of RMB assets and cause large fluctuations in the RMB exchange rate. 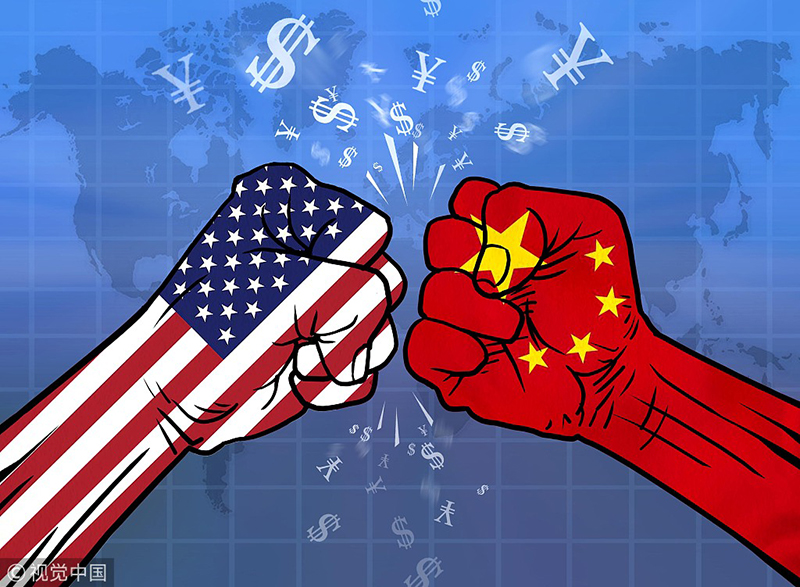 Δ The Sino-US trade war is an important reason for the sharp fluctuations in the RMB exchange rate since the second quarter of this year.

Second, the Sino-US trade war is an important reason for the sharp fluctuations in the RMB exchange rate since the second quarter of this year. In the first half of the year, it was generally believed that a Sino-US trade war would not really take shape. The trade war between the two countries was considered to be a bargaining chip in the face of upcoming sessions of negotiation. The financial markets did not hold pessimistic expectations at that time. Until mid-June, when the United States formally announced tariffs on Chinese goods,  and China immediately announced the counter tariff on the US goods, investors quickly adjusted their expectations. The United States first announced a 25 percent tariff on US$50 billion of Chinese products, and then increased its tariff base by US$200 billion with a 10 percent tentative tax rate. The deteriorating Sino-US trade dispute has triggered a sharp fall in the RMB exchange rate. 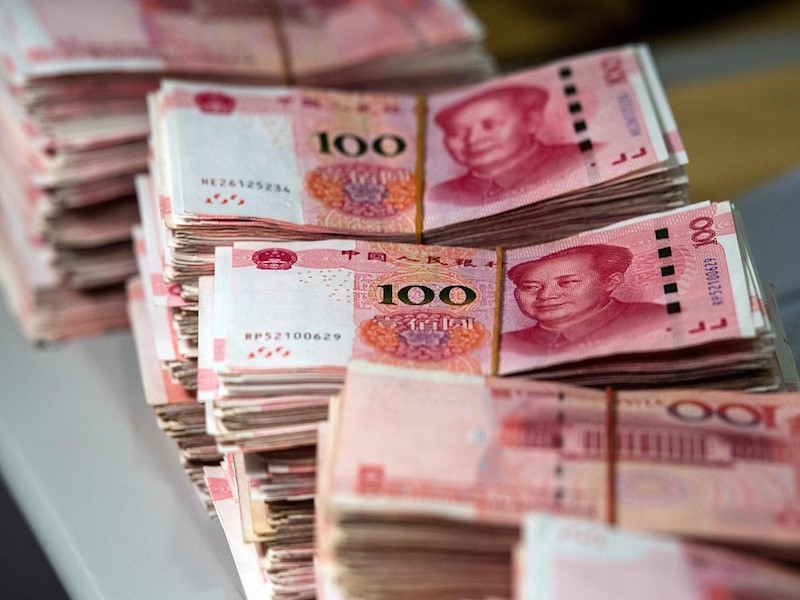 Δ Last year, talk of the Chinese yuan becoming a major reserve currency has dominated headlines across the world.

First, Sino-US trade friction has not had a substantial impact on China’s economic development. According to the China Customs Administration’s import and export data, in September, China’s exports grew by 14.5 percent year-on-year, gaining 13.5 percent from a year ago in US dollar terms. Imports grew by 14.3 percent year-on-year, down 5.7 percentage points compared to their previous value. China’s trade surplus reached $31.7 billion, $3.8 billion higher than its previous value. September export data exceeded expectations. China’s export growth rate in September reached 14.5 percent, its highest value since the beginning of the year. In terms of export destinations, the growth rate of major exports to the United States rose slightly, reaching 14 percent growth in September. The growth rate of exports to the EU and Japan were 17.4 percent and 14.3 percent respectively, both of which mark significant improvements compared to previous values. China became the largest recipient of foreign direct investment (FDI) in the first half of 2018, attracting an estimated US$70 billion in inflows, according to the latest investment trends monitor published on Oct. 15 by the United Nations Conference on Trade and Development (UNCTAD). For the moment, the impact of Sino-US trade friction on the RMB exchange rate is mainly a psychological shock with no substantial impact on the fundamentals of the exchange rate. The risks of the RMB exchange rate are basically controllable.

Third, changes in China’s economic growth structure have weakened the impact of external demands on China’s economic development. Domestic consumption has become the main driver of growth. From the perspective of balance of payments, external surplus continues to drop.

In summary, the driving force of China’s economic development, which is a fundamental factor in determining the long-term stability of the RMB exchange rate, has not been attenuated by intensified trade friction between China and the United States. China does not need and will not seek a release of pressure on commodity exports by guiding the RMB to unilaterally depreciate sharply. In fact, this is also unfavorable to China in its efforts to attract foreign investment and enhance its import capacity. 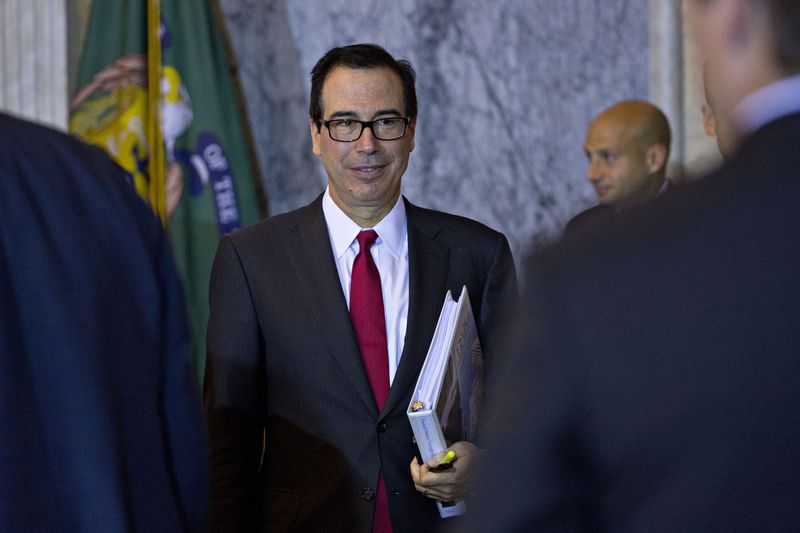 China will not take the initiative to turn Sino-US trade friction into a currency war. But at the same time, we must also actively respond to the long-term risks brought about by the Sino-US trade war on the RMB exchange rate.

It is not impossible that the United States will accuse China of trade rate manipulation, use the US Foreign Exchange Stabilization Fund (ESF) to depreciate the US dollar and convene a new Plaza Accord to turn Sino-US trade friction into a currency war.

In order to prevent long-term risks, China must further promote its market-oriented reform of the RMB exchange rate, continue to optimize the market base of the RMB exchange rate formation mechanism, further enhance the flexibility of the RMB exchange rate and improve centralized and unified management, as well as fund position management, of RMB selling and trading via the China Foreign Exchange Trading Center. On the other hand, China should lay a solid foundation for economic development, improve the business environment for domestic enterprises, cut down their costs, improve their financing environment and the institutional environment for innovation. All these measures are crucial for the birth and growth of large numbers of enterprises with a cutting-edge competitiveness in the global markets. At the same time, China should expand its opening up and enhance its attractiveness to foreign investment. These are the fundamental methods with which China can effectively cope with external pressures.

Opinion articles reflect the views of their authors only, not necessarily those of China Focus