China Outstrips the US as World’s Largest FDI Destination

The US, long the world’s largest destination of FDI inflows, lost the top position for the first time in decades. Its ranking slid to third, with total FDI inflows of $46.5 billion, less than China ($70.2 billion) and the UK ($65.5 billion).

The latest world investment report by UNCTAD shows that total world foreign direct investment (FDI) fell drastically to $470 billion during the first half of 2018, 41% down from its total of $794 billion one year ago.

The sharp decline was almost entirely caused by Europe and North America. FDI inflows to Europe fell by $206 billion, a decline of 93%. In North America they fell by 63%, or by $111.5 billion. The two regions combined saw net FDI inflows decline by $317.5 billion, a figure very close to the total global decline ($324 billion). 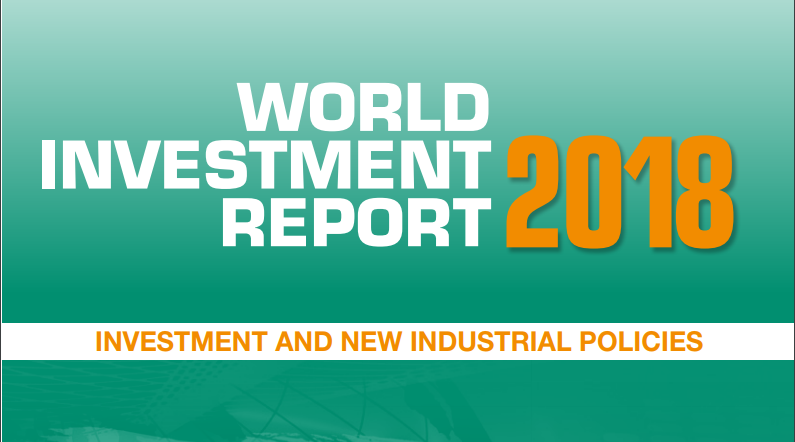 Δ The cover of the World Investment Report 2018

The US, long the world’s largest destination of FDI inflows, lost the top position for the first time in decades. Its ranking slid to third, with total FDI inflows of $46.5 billion, less than China ($70.2 billion) and the UK ($65.5 billion).

US tax reform was the fundamental reason behind this decline. American multinational corporations engaged in a massive repatriation of overseas profits back to the US, mostly from Europe, and outbound investment contracted sharply as well. During the first half of 2018, US net outbound direct investment was -$247.6 billion, compared to +$14.7 billion in the first half of 2017.

Escalating trade disputes between the US and many parts of the world are another major reason for this decline. Faced with uncertain prospects, multinational corporations have tended to be cautious in forming new cross border investment plans.

“America First” Has Not Brought Investment Back

One of the prime considerations of US President Donald Trump in tax reform was to attract the return of US multilateral corporations’ huge profits overseas (estimated at $2 trillion in total) back to the US, to support investment in the US and bring manufacturing back to the country. However, while a huge volume of overseas profits was indeed repatriated back to the US, it was not directly invested in the real economy. Rather, much went to the equity markets, causing a boom and extraordinary high P/E ratio since the start of 2018, which led to an abrupt tumble only recently. 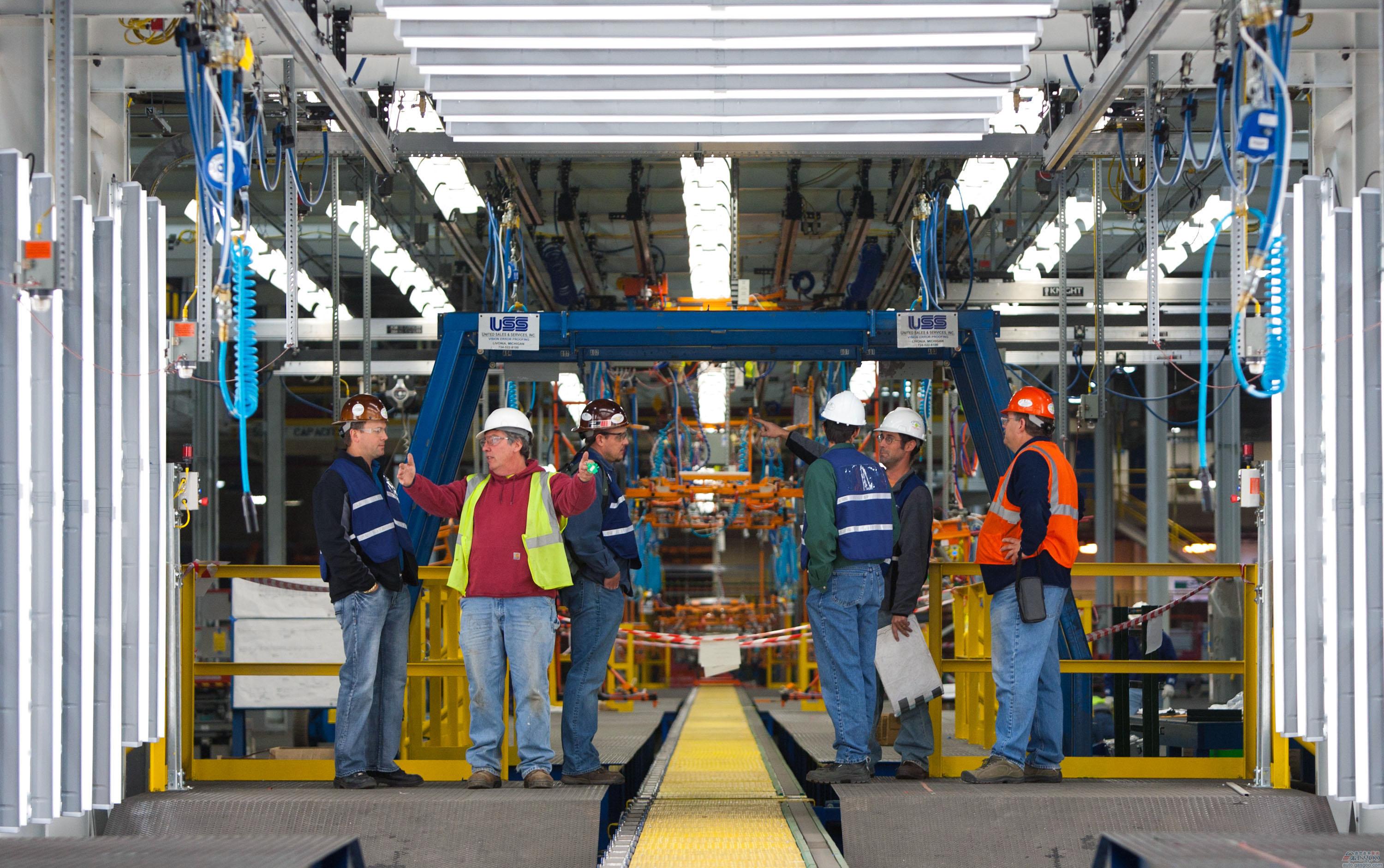 During the first half of 2018, there was no strong growth in actual business investment in the US. On the contrary, it was decelerating. According to the Business Analysis Bureau of USDOC, equipment investment, an important indicator for real business strength, grew by 4.6% quarter-to-quarter in Q2, 2018, its lowest amount in the past six quarters. From the first quarter of 2017 to the second quarter of 2018, the quarterly plant investment growth rate was 9.1%, 9.7%, 9.8%, 9.9%, 8.5% and 4.6%, respectively. Ironically, the tax cut and Trump’s call to bring manufacturing back to the US resulted in a slowdown in equipment investment.

Trade Friction Did Not Stop Strong FDI Inflows Into China

Amid the escalation of unilateral tariffs, high-tech restrictions and investment restrictions that the US has imposed on China, FDI inflows to China have maintained strong growth. 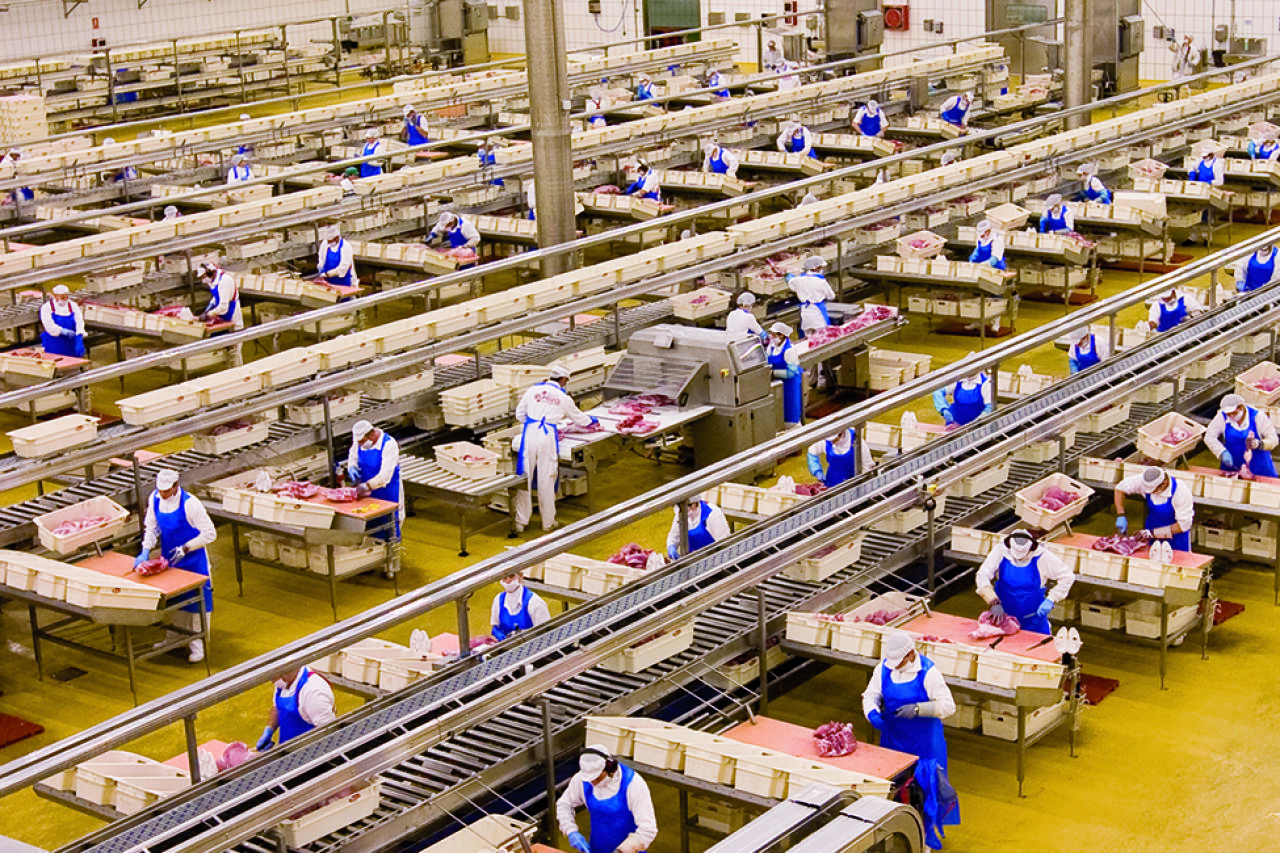 Δ Oct.19, 2018, The Wall Street Journal reported that Chinese tariffs on US pork have risen to as much as 70 percent, making imports from the US more expensive

The USTR 301 report and the subsequent tariffs target high-tech and high-end manufacturing sectors. However, the actual foreign investment scenario in China has proved quite the opposite. FDI inflows into manufacturing sector reached $30 billion, up 9.6% from one year ago. Of this investment, 22.5% went into high-tech and high-end manufacturing.  Foreign investment growth was particularly strong in information and telecoms (up 37.5%), computers and office equipment (up 72.8%) and medical equipment and meters (up 64.1%).

Tesla of the US, the world leading manufacturer of electric vehicles (EV), announced on June 5 a major investment plan in Shanghai, which is to build an electrical vehicle plant with an annual capacity of 500,000 units and total investment volume exceeding $5 billion. Exxon Mobile and BASF of Germany also announced mega energy investment plans in China, each valued at $10 billion. BMW announced a major expansion of its BMW-Brilliance plant in Northeast China, with an ultimate capacity of 650,000 units per year.

Δ Annual report on the development of China’s incestment (2018)

The fast growth of the Chinese economy is providing vast market potential to multinational corporations the world over. GM, for instance, had a poor global performance in 2017, with total auto sales of 8.9 million units, up 0.8%, and a net loss of $3.9 billion. In the Chinese market, on the other hand, total sales volume hit 4.04 million, or 45.4% of the world total, with net profits of $1.97 billion. A recent survey by the American Chamber of Commerce in Shanghai (AmCham Shanghai) of its 434 members showed that 77% of them achieved profit growth in China in 2017. A similar survey by the American Chamber of Commerce in China (AmCham) showed that 60% of its members surveyed put China as one of their top three global investment destinations, and one-third of them had planned 10% or more investment increase in China this year.

With the recent major Chinese moves of further opening and expanding market access in various sectors, total FDI inflows into China in 2018 will most likely see a net increase of $10 billion over 2017, with further increases on the horizon in 2019.