China’s space program is guided by a three-phased plan released in 1992.

As the third Long March-5 rocket lifted off from the Wenchang Space Launch Center in the southern province of Hainan last month, China stepped into a new period of space exploration. The event was significant in view of the high payload carrying capacity of the rocket which has paved the way for China’s plans within and beyond the solar system.

The 25 tons in low-Earth orbit and 14 tons in geostationary transfer orbit that the Long March-5 can carry, brings it on par with contemporary rockets of other advanced nations. This increased capacity allows it to extend the reach of Chinese missions to new distances.

In other remarkable achievements, the rocket uses over 200 key technologies with independent intellectual property rights and an environmentally friendly propulsion system that avoids most of the toxic materials. Its development spanned 10 years and took the efforts of more than 10,000 engineers.

On December 27, 2019, it was used to place the Shijian-20 satellite – China’s heaviest and most sophisticated so far – into orbit. But the China National Space Administration (CNSA) has bigger plans for the Long March-5. Now that it has been successfully tested, it will be sending probes to the moon and Mars.

The launch of Long March-5 marks China’s growing aerospace prowess in the light of its scientific and technological advancements. The innovation-first policy approach has trickled down to the development level where self-reliance and achievement of indigenous capability have been top priorities.

One of the most prominent feats accomplished recently was the first-ever soft landing of a rover on the far side of the moon. The Jade Rabbit-2 (or Yutu-2), onboard Chang’e-4 probe, landed in January 2019 and is now the longest working rover on the moon’s surface. It continues to collect scientific data with the help of a panoramic camera, lunar radar, and neutral atom detector. 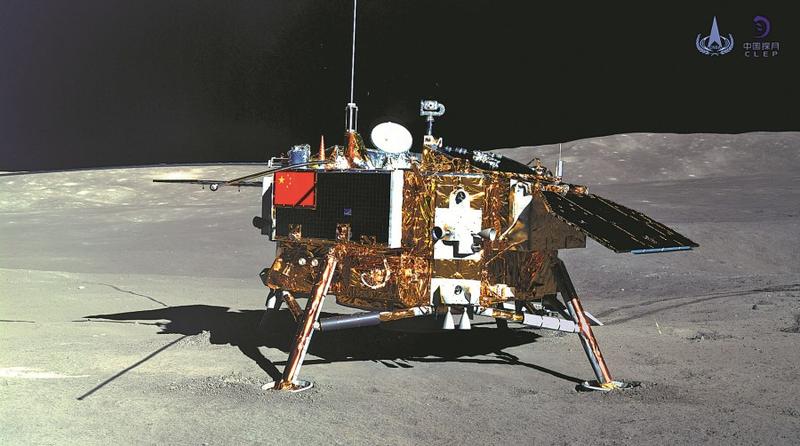 Beidou Navigation Satellite System (BDS) is a navigation and positioning system that China is developing to reduce dependence on the United States’ GPS and Russia’s GLONASS. Deployment of its core satellite system was completed last month as the last two Medium Earth Orbit (MEO) satellites for the BDS-3 constellation were placed into orbit.

Starting with the Asia-Pacific region, BDS is expected to surpass the functionality of the GPS as it employs Inclined Geo Synchronous Orbit (IGSO) and Geosynchronous Earth orbit (GEO) in addition to the MEO satellites which the US and Russian system use. This year, BDS will deploy 30 satellites, allowing it to cover the entire planet.

Another milestone achieved by engineers at China Academy of Space Technology was the testing of micro-propulsion technology on the Tianqin-1 satellite launched last month. The variable thrust propulsion at the micro-newton level has opened a new door for space-based gravitational wave research. By catering to forces of such minute intensity, satellites become stable and permit accurate detection of gravitational waves.

The advances in China’s aerospace technology have provided its scientific community with access to high-resolution earth imagery. Under Project Gaofen, a satellite remote sensing system is in place to generate the visuals. CNSA recently released 3D images from the Gaofen-7 satellite with accuracies of under one meter. The Administration is also making 16-meter resolution data available to global users.

Apart from government programs, it is the interest of the commercial sector that actively progresses technological developments. Several private Chinese companies are active in space exploration projects. iSpace manufactures rockets that have sent satellites into space, Spacety has several satellites that are presently orbiting Earth, and Galaxy Space is preparing to launch the world’s first Low Earth Orbit (LEO) satellite in the extremely high-frequency Q/V band.

China’s space program is guided by a three-phased plan released in 1992. The first two phases of sending an astronaut to space and developing advanced technologies of extra-vehicular activity and orbital docking have been achieved.

Work on the third phase, i.e. building and operating a permanently manned space station, is in full swing. Tiangong-1 and Tiangong-2 were the two temporary space stations that have completed their service lives. They allowed Chinese scientists and astronauts to hone their skills of docking spacecraft and conduct a series of space-based experiments.

The Tiangong is the actual permanent manned space station that is being launched this year. Its construction and assembly space will take around two years and a modified version of the recently tested Long March-5 rocket will be utilized to send men and material. When completed, it will provide China the ability to conduct long-term manned flight in near-Earth space for a period of 10 years. Though the prolonging of its life will be possible with onsite maintenance.

Likewise, China is pursuing an extensive lunar exploration program. It incorporates the phases of orbiting, landing and returning. The first two were accomplished through the Chang’e-4 probe, whereas Chang’e-5 has been taken up for the third one. This year Chang’e-5 will be launched with the task of returning moon samples to Earth.

The long-term goal on the moon is to build a manned base for research. This will enhance the technological capability and experience to establish outposts further deep into space. As humans will learn how to survive on the lunar station, their understanding of living beyond our planet will increase and facilitate in planning for setting up a station on Mars. 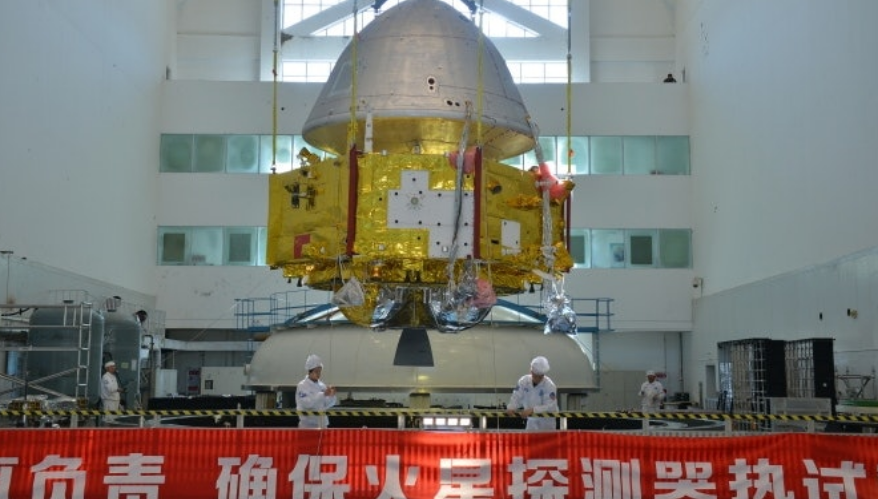 The first step for the Mars facility is a probe that China is launching this year. It is an unmanned mission to orbit, land and rove the Red Planet. Once again, the Long March-5 rocket will be used to send the explorer into its geosynchronous orbit, from where it will embark on a seven-month flight to Mars. The aim is to study martian atmosphere, terrain, and geological and magnetic characteristics. In an interesting revelation, Ye Peijian, chief consultant to China’s lunar and Mars probes, stated last April that after Mars, the country has its eyes on exploring Jupiter.

In addition to planetary probes, a mission is in the works to land on a near-Earth asteroid and examine a main-belt comet. Samples will be collected from the 2016HO3 asteroid and the 133P comet will be orbited. In terms of planning, this is a complex task since this asteroid rotates every half hour and the uncertainty of micro-gravity on these bodies requires an increased level of precision.

The search for life on other planets and the search for other planets that can sustain human life is the next frontier of space exploration. China plans to step into this domain between 2030 and 2045. The project is named Mi Yin, under which a spacecraft will look for habitable planets outside our solar system.

China terms the outer space as the commonwealth of all mankind. It has proposed that the international community undertake a cautious and responsible approach in space exploration and prevent it from becoming a new battlefield. China has asked for joint efforts in maintaining the peace and tranquility of space to avoid its weaponization.

Chinese aerospace program has international cooperation as one of its important elements. With protocols signed with 45 countries and international organizations, it has demonstrated its will to pursue a shared future beyond Earth. Outside our planet, we are a single species with a single aim. Only with joint efforts can we conquer new worlds in the best interest of humanity.

Iram Khan is a Pakistan-based commentator on international and commercial affairs.
Global Concerted Efforts Required to Tackle Locust Threat Before It’s Too Late
Use Wechat scan the qrcode, then share to friend or feed.