Looking ahead, China and US trade relations, whatever the twists and turns, will ultimately return to the track of win-win cooperation and stable growth, benefiting the two nations and contributing to the world’s economic growth as well.

The China-US two-way trade has witnessed the most gigantic growth in human history over the past 40 years since diplomatic relations was established in 1979, but also the largest trade friction in the history of world trade in 2018.

Trade and investment relations between the two countries can be roughly divided into four periods over the past 40 years.

Period One, 1979-1988. The first decade of diplomatic ties saw a sound business relationship with no major issues. Trade volume increased from 2.45 billion U.S. dollars in 1979 to 12.3 billion U.S. dollars in 1989, representing a 5-fold increase in 10 years. Large numbers of U.S. multinational enterprises started making investments or having a presence in China, including Boeing, Coca-Cola, Weyerhaeuser, IBM, etc.

Period Two, 1989-1999. It was a difficult decade. Bilateral trade relations deteriorated drastically after 1989. The U.S. intensified restrictions on high-tech exports to China, resulting in a fall of trade in 1990.

During the 1990s, China and the U.S. have three rounds of negotiations: the U.S. 301, super 301 and 307 investigations. Both sides finally reached agreements in each of them. In 1999, the NATO bombing of the Chinese Embassy to Yugoslavia caused a crisis in bilateral diplomatic relations.

Nonetheless, all the turbulence or difficulties did not stop the fast trade growth. China-U.S. trade reached 61.48 billion U.S. dollars in 1999. What is more important, both governments reached the historic agreement on China’s accession to WTO, a decisive step towards China’s WTO membership.

Period Three, 2000-2016. Bilateral trade gained further momentum. Although bilateral diplomatic relations again fell into a new critical difficulty due to an incident involving a U.S. spy airplane that killed a Chinese pilot over the South China Sea in early 2001. The 9/11 incident in the U.S. brought bilateral relations back on track and China became a full member of WTO on December 11, 2001. 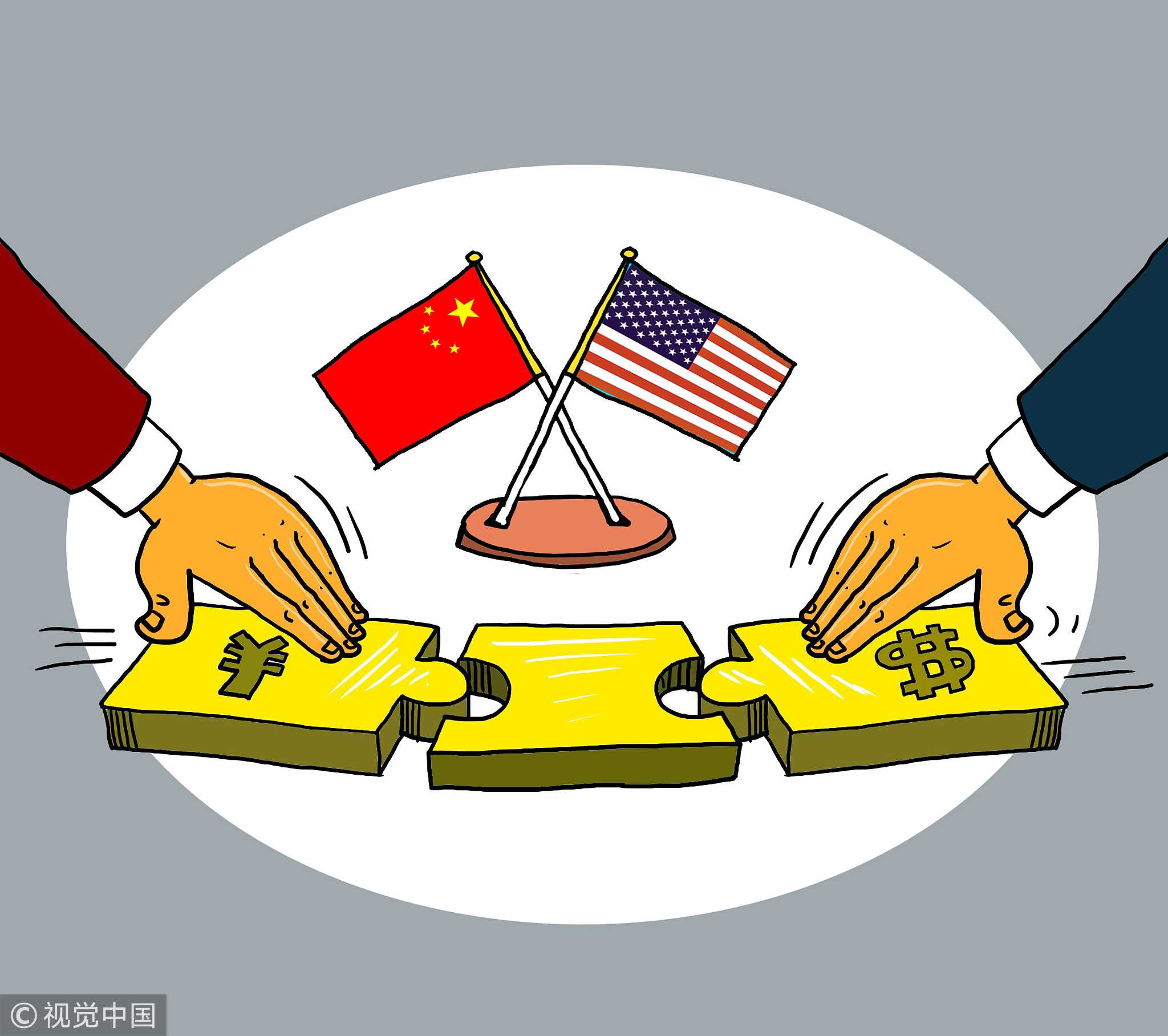 China’s WTO accession was a strong force behind bilateral business relations. The two-way trade volume hit 519.6 billion U.S. dollars, an increase of 597.7 percent over 2000, or 12 percent per annum. China’s direct investment in the U.S. started to soar in 2014 and culminated in 45.6 billion U.S. dollars in 2016.

Period Four, 2017-2018. The Trump Administration set China as the largest target of the trade war and launched a 301 investigation which resulted in 10-25 percent additional tariffs on $250 billion of Chinese exports to the U.S., never seen in the bilateral trade relations over the past 39 years, nor in the history of world trade.

A new historic high is set to happen this year. Due to the Trump Administration’s strict restrictions, China’s investment in the U.S. saw a 40-percent decline in 2016 and a further 90-percent fall in the first half of 2018. On the other hand, the U.S. investment in China has kept a marginal rise.

The fundamental reasons behind current China-U.S. trade frictions are: First, the U.S. does not tolerant China’s rise as a socialist power under the leadership of CPC. Second, the U.S. tries its best to stop China from threatening the U.S.’s world dominance in high tech and high-end manufacturing.

And thirdly, the U.S. does not accept China’s Belt and Road Initiative in reshaping the world order. As a result, bilateral trade tensions will continue, although it is almost certain that the current 90-day bilateral trade negotiation will reach an agreement.

On the other hand, it is less likely that the relationship between the two countries will “derail” and enter a new cold war. The fundamentals lie in the fact that both economies have been intertwined into the global supply chain and thus could not be derailed by any policies.

GM had a global sale of 8.9 million units in 2017, with 4.04 million units, or 45.4 percent sold in China. China’s market shares in the top 10 U.S. semiconductor companies in 2017 ranged from 80 percent for Skyworks Solutions, 63 percent for Qualcomm, 52 percent for Broadcom, 50 percent for Micron, to 23 percent for Intel. As a result, no political force can change these economics.

Looking ahead, China and US trade relations, whatever the twists and turns, will ultimately return to the track of win-win cooperation and stable growth, benefiting the two nations and contributing to the world’s economic growth as well.

He Weiwen is a senior research fellow at the Center for China and Globalization. The article reflects the author’s views, and not necessarily those of China Focus.

The author is senior fellow, Center for China and Globalization, former economic and commercial counsellor at Chinese Consulate General in San Francisco and New York.
Why No GDP Target in China’s Government Work Report for 2020?
The Abrupt FED Rate Cut: for Fighting COVID-19 or for Stock Market?
America is Yielding China Trade to ASEAN and EU
How Trump’s Extreme Pressure on China is Backfiring
Use Wechat scan the qrcode, then share to friend or feed.