Chinese Spring Festival Travels to the U.S. Continue to Fall

Recent crime figures from the Ministry of Public Security (MPS) further question the strength of the State Department’s decision, with gun and explosive-related crimes dropping year-on-year by 27.6 and 29 per cent respectively.

Between now and 4th February, China goes into overdrive, as families prepare for the biggest holiday in the Lunar calendar – Spring Festival. With just weeks to go before ‘holiday week’ starts, families are busy preparing dumpling cases, adorning gold and red Spring-Festival couplets to their doors and finding artistic ways to show off this year’s Zodiac animal, the mighty pig.

For some their festivities start early. Travel is a large part of the holiday, with some workers traveling vast distances to reunite with their families in what is one of the largest migrations of people in the world. Others however choose to take advantage of the long holiday and escape to an exotic holiday abroad.

According to Chinese travel agent C-trip, Japan looks set to benefit most from this peak travel-time, with the company currently taking tens of thousands of bookings for its Japan travel products, surpassing last year’s total already.

Chinese tourists are now travelling further, longer and spending more money, according to the Chinese Academy of Tourism (CTA). Trips abroad in 2018 rose 13.5 per cent to 140 million trips, whilst travellers also spent a record US$120 billion, up US$20 billion from the previous year, reported the CTA. 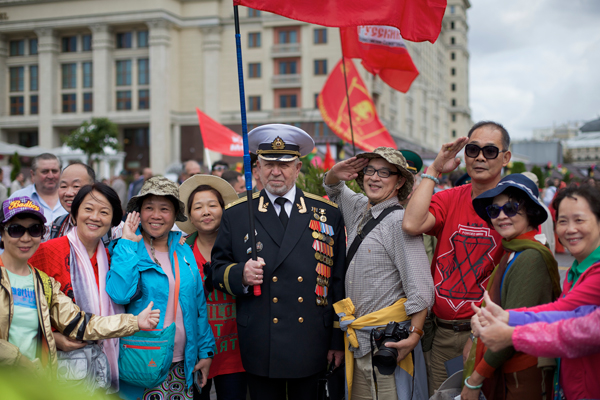 However, one country not expecting to capitalize on this lucrative holiday-market is the United States. Political tensions created by the ongoing trade dispute have severely impacted the number of Chinese tourists travelling to the country.

2018’s National Day holiday – more commonly referred to as ‘Golden Week’ due to the sheer number of people who travel- saw an alarming fall in Chinese tourists travelling to the US.

According to travel fare comparison website Skyscanner, the company experienced a dramatic 42 per cent drop in flight bookings to the US from Chinese customers, compared to the same time in 2017. ForwardKeys, a European travel research agency, had also noticed a decrease in bookings that started in April last year, a time when US President Donald Trump was calling on officials to draw up a list of tariffs for US$100 billion worth of Chinese imports.

No country can afford to miss out on such a lucrative market, including the United States. Although China is by no means the largest demographic traveling to the US, they still contributed US$34.8 billion in retail, accommodation, travel and educational spending in 2016, the last bumper year before the start of the downward trajectory. With their economy slowing, think what American hoteliers, restaurateurs and travel companies would give for a larger slice of this plump pie.

Given the dramatic drop in tourists and revenue, a response from the US government was expected. 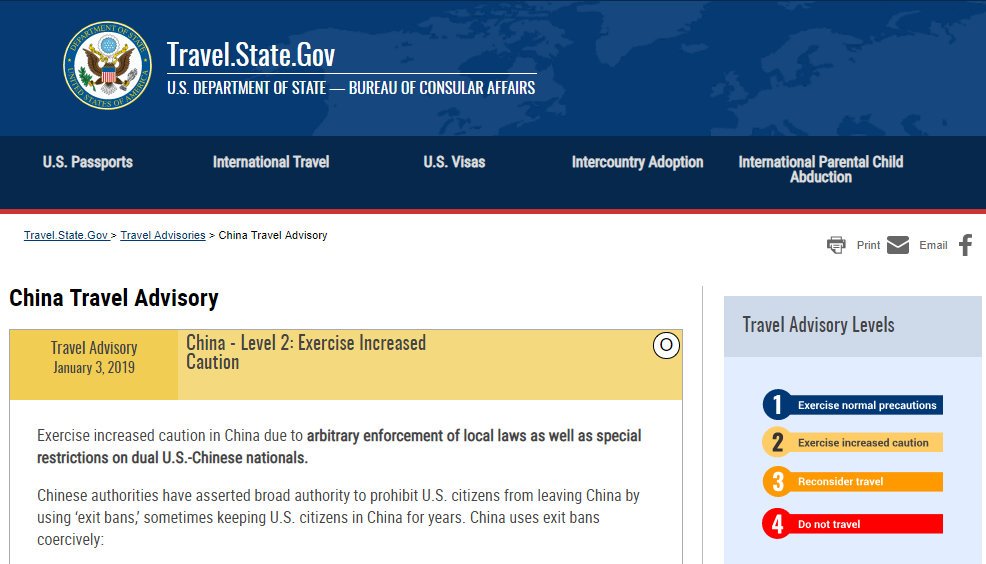 In a tit-for-tat power-play that has come to define the Trump administration, the US State Department (USSD) announced that they were changing China’s travel advisory status from ‘level 1’ to ‘level 2’, giving China a safety rating similar to Columbia, Saudi Arabia, South Africa and Egypt.

The validity of this increase however has been disputed by many, including Chinese Foreign Ministry (FM) spokesman Lu Kang, who argues the change does not quite stand up to scrutiny.

“To be frank, the issuance of such a travel advisory by the US side does not hold water.” Lu said at January 4th’s press conference.

“From January to November 2018, 2.3 million visits to China were made by Americans, which means 70 per 10,000 American people made the trip, a ratio far higher than that of the Chinese visiting the US. So, this figure is a testament to China’s safety.”

Recent crime figures from the Ministry of Public Security (MPS) further question the strength of the State Department’s decision, with gun and explosive-related crimes dropping year-on-year by 27.6 and 29 per cent respectively. This makes China one of the countries with the fewest gun and explosive-related crimes in the world, according to the MPS’s announcement on January 8th. 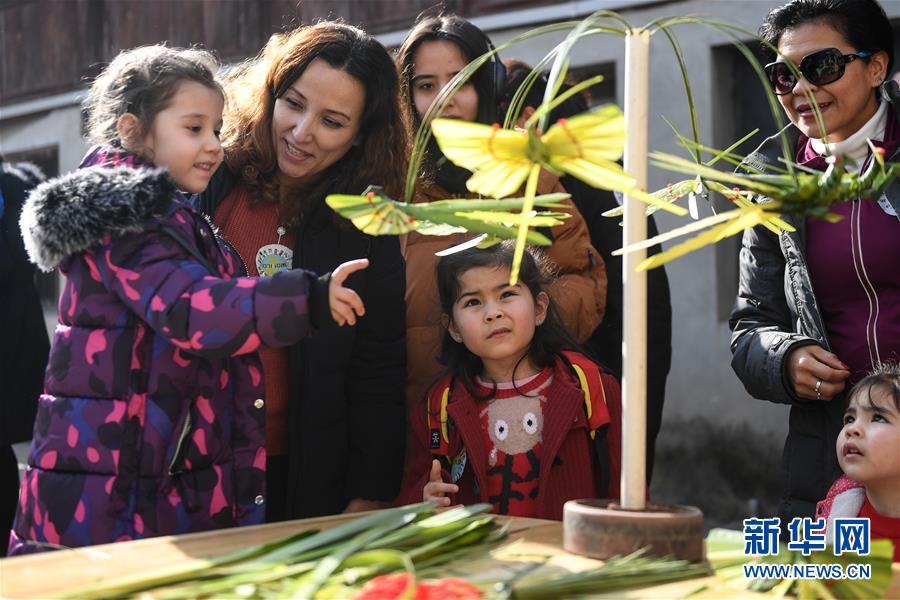 There was also shock from the large American expatriate community that live in China, with many who spoke to China Focus surprised by their country’s remarks, although understanding that there may be more to this than meets the eye.

This is certainly the view of Edgar James Mahaffey, from Lancaster, South Carolina.

The 31-year-old, who moved to China just shy of his 20th birthday, believes the change in status is down to one thing and thing only; a power play.

“These levels are only handed out through political means and it doesn’t really have much to do with people’s safety,” said the Director of English Studies at Tianjin University of Science and Technology. “It’s more about (America) protecting its own position and America is very good at this, hoping to effect tourism in any way.”

Safety has never been a concern of Mahaffey’s since living in China. One of the ways he likes to explore a city and its people is to walk the streets at night, which he has felt entirely safe doing.

One such late-night walk, back when he was a young, brash and by his own admission, stupid 20-year-old in Jiangmen, Guangdong province, his exploring ended up with an unusual ending.

“I remember one night, I was walking along the streets when I heard some shouting. It was down an alley so I decided to check it out”, he said mischievously.

“As I turned down the alley, there were two guys just yelling at each other. As I got closer and closer, they noticed me.” His heart was beating fast. “But instead of any problems, they just changed and stopped. In-fact, we ended up drinking green-tea with each other for an hour and a half!”

The travel advice issued by the US State Department also commented on the risk to businessmen, especially in relation to so-called ‘exit bans’, which stop those awaiting criminal proceedings from leaving China.

Christopher Steadman, the managing director of C. M. Steadman & Co, which develops solar power projects, frequently travels for work and leisure and has had no such experience.

“I live in New York, but I have been doing business in China and spending most of my time here since 2011.”

During his time in his adopted city of Tianjin, he has never been subject to an ‘exit ban’, as described by the State Departments travel website, neither have the majority of businessmen who work within the law.

Commenting on the lack of risk, he explains that he has “always felt safe in China; I have certainly never been the victim of any sort of crime here.”

It is clear then, that the subsequent change in policy is not in response to safety fears in China, but is an indictment of where the China-US relationship is at.

The current trade-dispute and subsequent fall in Chinese tourists to the US has led the government to issue this travel increase; this is entirely their prerogative.

Is the US right? Looking at the evidence one would have to agree with the Chinese Foreign Ministry that this particular accusation just doesn’t float.

Thomas Scott-Bell is an editorial writer for China Focus.
Narrowing Education Gap: Stemming the Flow of Rural Drop-Outs
Descending the Ladder One Last Time: Relocating China’s “Cliff-Top” Villages
Fact Checker: Did Coronavirus escape from a Chinese lab?
Will Coronavirus “Turbo-Charge” Companies to Abandon China?
Use Wechat scan the qrcode, then share to friend or feed.