The organisation finds itself at a crossroads, made all the more difficult by the role of the United States.

Since the establishment of the World Trade Organisation (WTO) in 1994, the largest economic organization in the world has been an important mechanism for facilitating trade negotiations and settling disputes.

The recent case between the United States and China, where the WTO’s Appellate body—effectively the top economic court—found the U.S.’ revised countervailing measures on Chinese imports such as solar panels, wind towers, steel cylinders and aluminium extrusions in breach of WTO law, highlights the value of such work: bringing justice to those exploiting fair trading terms agreed as part of WTO membership.

Yet the organisations role is reaching a critical juncture. A recent report suggests restrictive trade measures are dominating the global environment.

The Report of the TPRB from the Director-General on Trade-Related Developments shows WTO members applied 38 new trade restrictive measures worth a total cost of US$339.5 billion between mid-October 2018 and mid-October 2019—44 percent above 2012 levels when the reports were first introduced.

It follows an increasingly destabilising period, when between mid-October 2017 and mid-October 2018, restrictive trade measures reached a record high of US$588.3 billion.

Furthermore, measures aimed at facilitating trade have also slowed, with 47 measures implemented in this period. At just seven measures per-month, it marks an all-time low since publishing of the reports began.

“The report provides evidence that trade tensions continue to dominate the global trading environment”, said Director-General of the WTO Roberto Azevêdo at the release of the report.

“These figures, combined with those of the previous six-month period, show a dramatic rise in new restrictive measures, which is well outside the prevailing trend since the financial crisis.” Azevêdo added, warning that these are “extremely concerning” times.

The organisation finds itself at a crossroads, made all the more difficult by the role of the United States.

Since Donald Trump became president, his administration has shown a distinct lack of respect for the organisation’s rulings. Trump has made numerous negative comments against the organisation, threatening to “walk away” at injustices he perceives are unfairly targeting America. Regarding the Appellate’s most recent ruling, U.S. Trade Representative (USTR) Robert Lighthizer made it clear that the U.S. refuses to acknowledge the legitimacy of the body’s decision to find in favour of China. 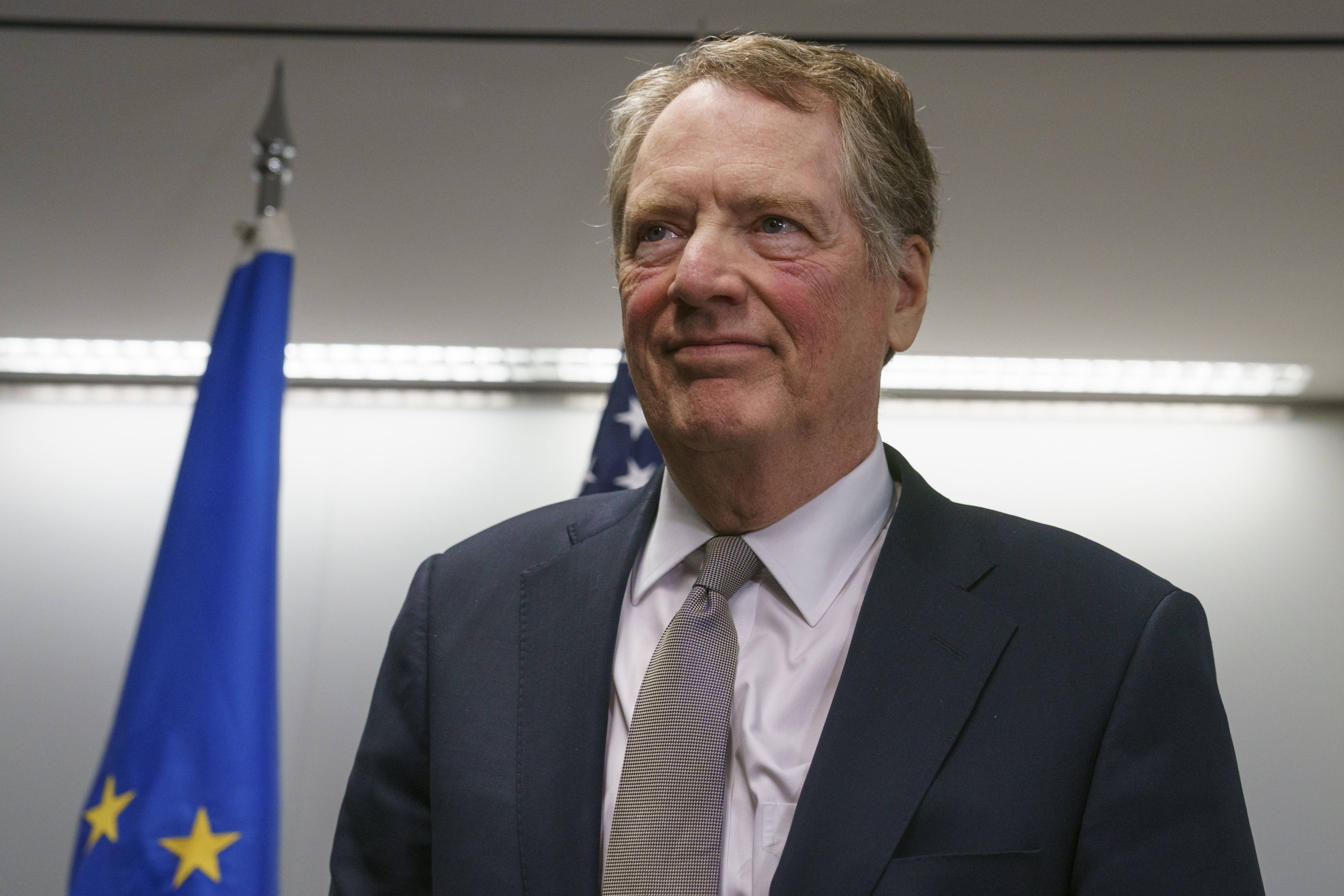 By saying so, Lighthizer is further undermining WTO rules. Only the Appellate body has the legal authority to give final rulings and as a WTO member, the U.S. should do nothing but abide by the body’s ruling.

In response, China’s Ministry of Commerce welcomed the body’s findings, citing how the U.S. has “repeatedly abused trade remedy measures, which seriously damaged the fairness and impartiality of the international trade environment.”

The U.S. is further increasing the sanctioning of unilateral measures by raising trade barriers and imposing import tariffs in an arbitrary way without WTO approval, which is weakening the organization’s authority.

These actions have been strongly condemned by economists and politicians, including former WTO Director-General Pascal Lamy, who accused Trump of holding the WTO “hostage”.

With such instability, only reform of the WTO can stop what China’s Ministry of Commerce calls an “existential crisis”.

The Document of China’s Suggestions on WTO Reforms, submitted in May, highlights a number of measures to help overcome the for mentioned crisis’, help strengthen its authority and efficacy, and enlarge its relevance in terms of global economic governance. 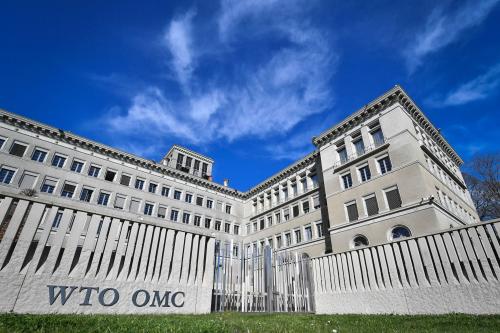 The document at its core communicates the need to maintain the multilateral trading system, and promote the construction of an open global economy, according to a spokesperson from China’s Ministry of Commerce.

It acknowledges the damage a “certain member” is doing, using national security as a smokescreen for unilateral trade measures. The document further outlines that those breaking the rules should be prohibited by enhancing the multilateral mechanism, with member states affected taking “prompt and effective provisional remedies in cases of urgency and accelerating relevant dispute settlement proceedings.”

The report also highlights needs to reform other issues such as agriculture Aggregate Measurement of Support (AMS), clarifying and improving ambiguities surrounding subsidies and anti-dumping measures, and improving the operational efficiency of the WTO as a whole.

At the same time, China is addressing some of the concern’s countries have regarding its own economy, pledging to continue opening up further and wider by expanding areas for foreign investment, a year earlier than planned.

“China will become increasingly open, transparent and predictable to foreign investment, and its overall trade investment will be better and better,” Chinese Premier Li Keqiang said at the opening ceremony of the World Economic Forum’s Annual Meeting of the New Champions in Dalian.

Despite its position as the second largest economy and largest developing country, Zhou Hanmin, a member of the political legislative advisory body, the Chinese People’s Political Consultative Conference (CPPCC), believes working with other WTO members is of paramount importance in achieving necessary reforms.

“China should be one of the very important players in the negotiation. However, we need to hear voices from different groups of countries, especially those developing and also developed nations, because China is in between and try to have a rational balance between the two.” Zhou told CGTN in March.

One of those voices is The European Union (EU), which is increasingly keen to work with China on WTO reform as the U.S. administration continues to carry out trade outside of the WTO. 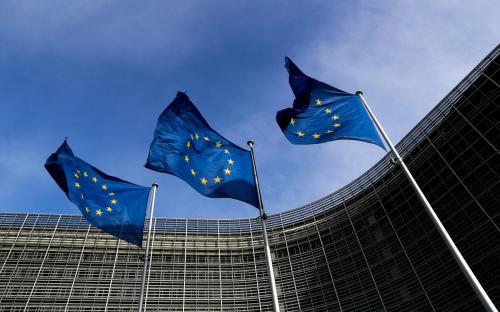 Speaking at the World Peace Forum in Beijing earlier this month, EU ambassador to China Nicolas Chapuis stressed the importance of Sino-EU cooperation on this issue.

“The fact that the EU and China are in a position to work together to find solutions is very significant globally,” Chapuis said, hoping significant progress would be made by the end of the year.

But as the deadline for promoting judges to the Appellate body looms closer, with only two judges remaining, uncertainty over the future of the WTO in increasing.

Talk of a majority-rule to their appointment is a possibility but the proposals China is working hard with other countries to implement at the WTO offer the best possibility to ensure its future—with or without “certain countries”. Reform of the organization can no-longer hinge on if or when: now is the time to act, before it is too late.