The fake vaccine incident of Changchun Changsheng Life Sciences Limited, China’s second-largest rabies vaccine manufacturer, has caused widespread public concern across China. According to the latest news, Changchun Changsheng Life Science Limited, the company stuck in the freeze-dried human rabies vaccine scandal, was found to have violated the approved production process, and fabricated its production and inspection records and issued invoices with false dates to cover up such violations. After detaining 16 suspected criminals, the provincial police on Sunday requested approval for arresting 18 suspects. 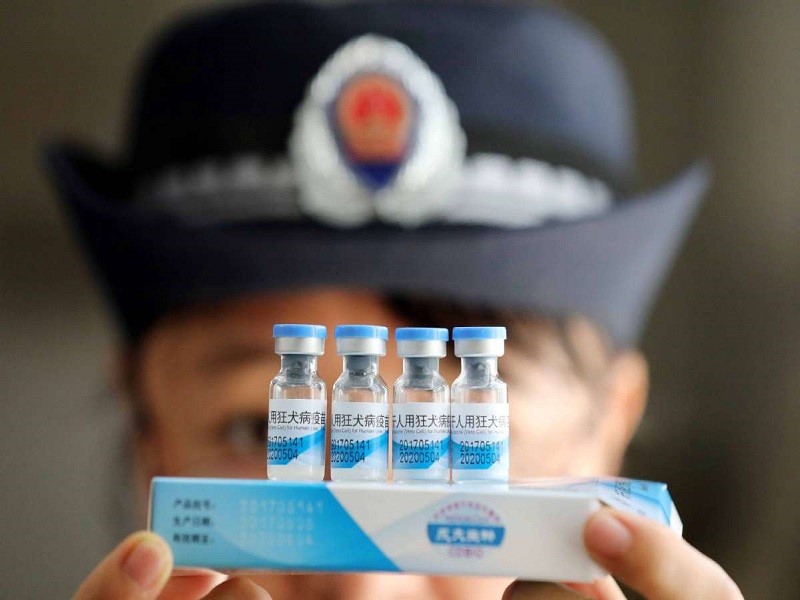 Δ A law enforcement officer inspects vaccines at the Center for Disease Control and Prevention in Rong’an county of Liuzhou city in the Guangxi Zhuang autonomous region. [Photo/China Daily]

The misconduct of the company was discovered on July 5, when CFDA and Jilin Food and Drug Administration launched an unannounced inspection after receiving a report from an informant. On July 15, CFDA and the provincial administration jointly set up investigation teams and conducted a thorough investigation into the company. The announcement regarding the company’s illegal production of freeze-dried rabies vaccines for human use was issued by CFDA on the same day.

The rabies vaccine incident has quickly drawn the attention of national leaders. On July 23, while visiting African countries, President Xi Jinping made an instruction on this matter.

Xi has ordered a thorough investigation into the case and serious punishment of those found responsible. The people’s health should always be a top priority and the bottom line of safety should be resolutely guarded, Xi said. Relevant departments and local authorities should pay close attention and immediately probe the case to find the truth, Xi said, adding that the investigation should be thorough, the punishment severe, the accountability held seriously, and the case’s progress should be publicized on time to address public concern.

Xi stressed that it is a bounden responsibility for Party committees and governments at all levels to ensure drug safety. A firm determination should be mustered to improve the country’s vaccine management system, and utmost efforts should be made to protect the people’s interests and social security and stability.

Premier Li Keqiang urged the State Council to immediately dispatch an investigation team, saying that the whole industrial chain covering vaccine production and sales must be examined thoroughly to discover the truth as soon as possible. Li said in a second instruction on July 22 that the vaccine case has crossed a moral line, and the people deserve a clear explanation. Any wrongdoing will be severely punished regardless of who is involved. Violations of the laws that harm people’s lives and safety must result in tough measures, including reprimands for malpractice of supervision duties.

According to the instructions from leaders, the State Council has established a task-force and sent an investigation team to the company. The regulatory body on drugs has ordered the company to stop production. The CFDA had revoked the company’s drug GMP certificate and demanded a recall of unused vaccines. An announcement released on Monday by the company expressed that it has received a notice from the China Securities Regulatory Commission over its suspected malpractice. The Supreme People’s Procuratorate said on Tuesday that prosecutors have stepped in, and they will also cooperate with a State Council investigation into the case. 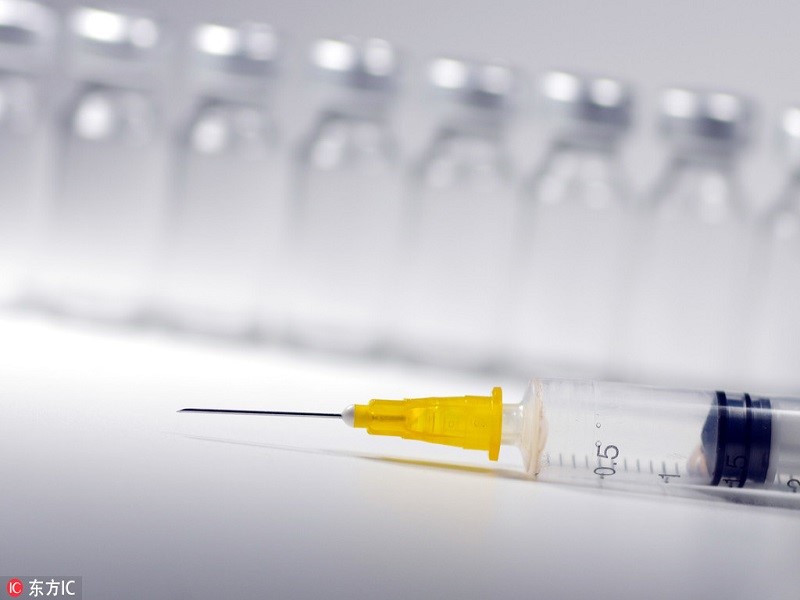 At provincial and municipal levels, the Jilin provincial food and drug supervision authority has suspended the approval of the company’s all sorts of products. The Department of Public Security of Jilin Province started investigating five persons from the company on Monday. The chairwoman and four high-ranking managers are under criminal investigation, and all fifteen suspects were detained on July 24, according to the Changchun New Area Branch of Changchun City Public Security Bureau. Meanwhile, special teams have been set up at both provincial and city levels for the investigation. They have started looking into all other high-risk pharmaceutical companies. The discipline inspection body of the Communist Party of China Jilin provincial committee and the supervisory commission of the provincial government also ordered an investigation into possible dereliction of duty among food and drug officials. A work team has also been established to investigate potential corruption during the company’s restructuring, production, and operation processes. 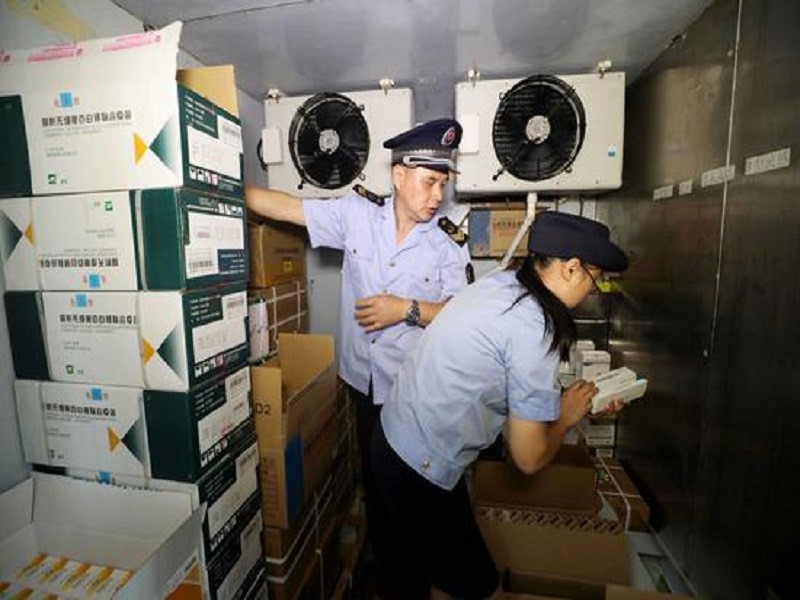 On July 19, Changsheng Bio-technology Co., Ltd. announced that Changchun Changsheng Life Sciences Limited, its subsidiary, had recently been punished by Jilin Food and Drug Administration because of its production of substandard adsorbed diphtheria-pertussis-tetanus vaccine (abbreviated as DPT vaccine). This incident dates back to October 2017, when a batch of DPT vaccine produced by the company were found to be defective. As a result, its production was suspended since then. 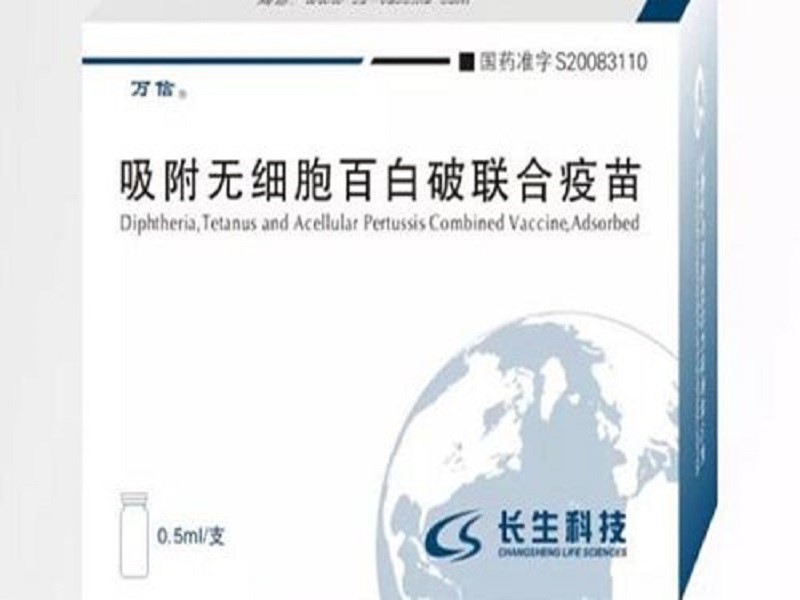 The vaccine scandal is indeed bad news for the country’s medical safety. The only bright side of the rabies vaccine incident is the confirmation that the company’s other vaccines now available on the market have been tested and no quality problems have been found, and there have been no reports of people being harmed after receiving other vaccines produced by the company. Those defective vaccines have also been detected before being released to the market.

The most urgent need at the moment is to alleviate public anxiety. As stated by Premier Li, the people deserve a clear explanation. The relevant departments should provide answers to questions concerning people’s core interest, such as the effectiveness of the faulty vaccines, and what should be done to those who had taken the vaccine. After alleviating the panic, the government should further implement much stronger supervision on vaccine production, according to a news report released on the Procuratorate Daily on July 22. China should intensify the fight against crimes by fake vaccine, and considerably increase the penalty on those companies that violate laws and regulations, so that those firms will have to pay a large amount of penalty for their misconduct in addition to indemnifying the actual losses.

China Focus will keep following up on the vaccine incident, and we hope that China’s vaccine market will see significant improvement and people’s medical safety can be safeguarded.

You May Like
Access to Monkeypox Vaccines in Africa: A Sense of Déjà Vu?
COVID-19, Challenges for South Asia
A Recipe for Good Health
A Booster Shot of Legislation
Zero Hunger: Our Actions Today Are Our Future Tomorrow
Quality of Life Indicator：Health Services——Better Health Services with A SIN Card in Hand
Evil Spirits
CCTV’s Pollution Survival Guide: Smile and Be Positive
Use Wechat scan the qrcode, then share to friend or feed.