Since the beginning of the 1980s, two different economic systems coexisted in China, which has led to regional imbalances and ideological disputes within the CPC.

China is celebrating the 40th anniversary of the policy of ” Reform and Opening up”, which, during the lifetime of one generation, raised the country from the bottom of poverty to the top of wealth and stability.

In December 1978, the most important plenum of the Central Committee of the Communist Party of China (CPC) was held, at which Deng Xiaoping received a mandate to carry out a policy that was called “Reform and Opening up”.

Deng Xiaoping focused on the modernization of agriculture, science and industry, and also proclaimed the rejection of the primacy of ideology and put forward the slogan “practice – the criterion of truth”. The priority of economics over ideology was officially secured by the Third Session of the Eleventh Central Committee of the Party in December 1978. And from this date the period of “Reform and Opening up” counts. 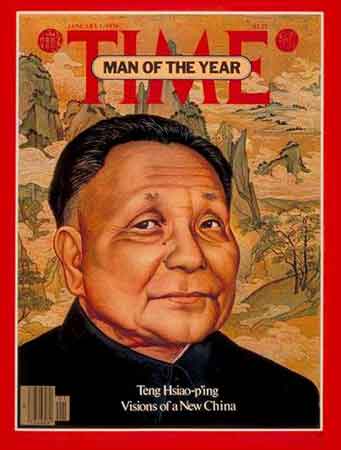 Deng Xiaoping took into account the achievements of the “Asian tigers” of Singapore, South Korea, Taiwan and HongKong, who combined the principles of a market economy and strong political power, mobilized the resources of the nation and achieved impressive success. From their experience of “tigers” and the heritage of Confucius, the term society of average prosperity was borrowed.

An important role in the politics of Deng Xiaoping was played by the strategy of using the confrontation between the USSR and the USA. On the eve of the Third Session of the Eleventh Central Committee of the Party in 1978, a Chinese-American communique on the establishment of diplomatic relations was signed. At the beginning of 1979, Deng made a tour of the United States, during which he spoke of the need for “a common struggle against the hegemonism of third countries”, by which the USSR was meant. This allowed him to establish good relations with the President Carter and the American business elite, which changed the balance of power in the world. Soon, the economic embargo that had been in place since the middle of the 20th century was lifted from China; it received capital and technology from the West. 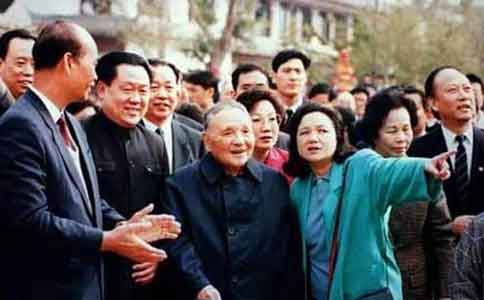 Since the beginning of the 1980s, two different economic systems coexisted in China, which has led to regional imbalances and ideological disputes within the CPC. The accumulated contradictions of the policy of “Reform and Opening up” needed to be resolved. That was the task of the Twelfth Congress of CPC, which took place in September 1982, at which Deng Xiaoping proposed a new formula – “Socialism with Chinese Characteristics”. This ensured high rates of economic development while maintaining the planned economy.

Public discontent against rising prices, corruption, and red tape continued. But in 1992, Deng, after leaving all the posts as a simple pensioner, went on a “historical journey to the South”. He visited the coastal provinces, the Shenzhen and Zhuhai Free Economic Zones. The support of the population, party and administrative personnel of the South provided a “second wind” for him and the reformers in the party. “A trip to the South” turned the tide, the mood in the party leadership. Consolidating party leadership and millions of CPC members, bringing order to the authorities, inspiring people with promises of quick “average prosperity” and easing Western economic sanctions marked the beginning of a new breakthrough in the economy.

GDP growth rates exceeded 10% per year mainly due to export orientation. An important role was played by the entry of the PRC in 2001 into the WTO. China presented a 15-year transition period, which was used for WTO compliance and to increase exports. If in 2001 the volume of foreign trade of the PRC was $200 billion, by the end of this period it was $4 trillion.

The New Era of China

Development by inertia could go on for a long time, if not for changes in the situation inside and outside the country. Raising wages in export industries deprived Chinese goods of their main competitive advantage – cheapness. The global financial crisis of 2008-2009. led to a drop in demand for these products. China came out of the crisis with minimal losses, expanding the construction of housing and infrastructure. At the same time, construction began on high-speed highways and high-speed rail lines. But this jump against the backdrop of worldwide decline has caused concern in the West. 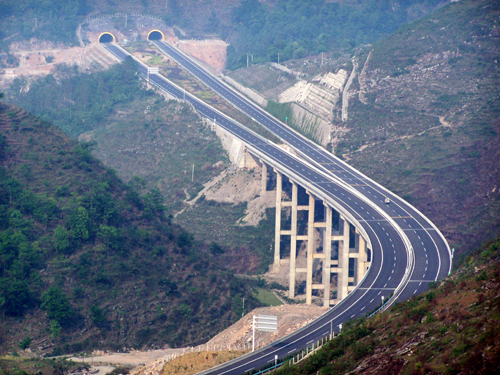 At the end of 2012 Xi Jinping was elected General Secretary of the CPC. After the end of the Eighteenth CPC Congress, he set a strategic goal called the “Chinese Dream of the Great Revival of the Chinese Nation”. The deadlines for its implementation were defined in two stages: by 2021, the 100th anniversary of the founding of the CPC, to build the moderately prosperous society “xiaokang”, which Deng Xiaoping had promised; and by 2049, the 100th anniversary of the People’s Republic of China, turn China into “a rich and powerful, democratic and civilized, harmonious and modern socialist state”.

The new development model has become the so-called “New Normal”. The time has come for a high quality economic structure, a balance between industries and regions, improving the efficiency of investments, reducing energy intensity and emissions of harmful substances, prioritizing the demands of the domestic market, improving quality and bringing together the living conditions of the population of cities and villages, producing high-quality and competitive products based on achievements of domestic science, creating an independent financial system and ensuring global trade interests of China.

To transfer the economy to the rails of the “New Normal”, it was necessary to restore order in the party and in the entire management stratum, society as a whole. For three years, a nationwide systemic struggle against embezzlement has unfolded. From the beginning of 2013 to the end of 2017, over 1.3 million officials suffered disciplinary and administrative punishments. 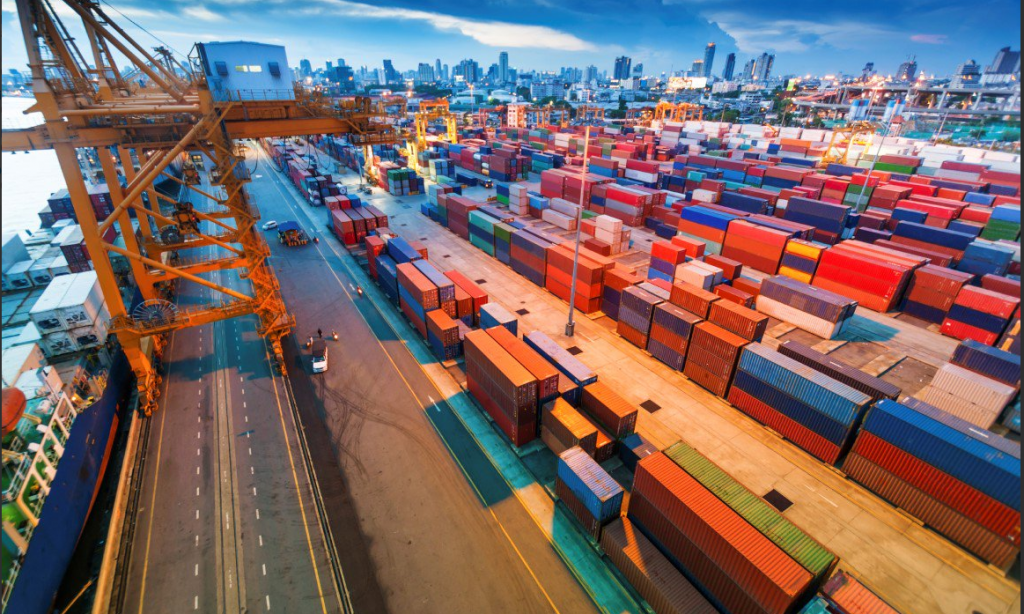 An effective fight against corruption not only improves economic relations and disciplines the system of party-state power. It enjoys the growing support of most Chinese, instills confidence in the long-term strategy of the “Chinese Dream”.

As a result, even in the conditions of a change in the economic course and inevitable losses from the closure of unwanted enterprises, the release of millions of workers, the average annual GDP growth was at 7.2% from 2013 and 2016. For China, this means that the task of building by 2020 a “society of average prosperity” will be completed. In 2016, the real disposable monetary income of the average Chinese was 23,821 yuan, which is 7,311 yuan higher than in 2012. The number of people living below the poverty line (2,300 yuan a year) was 43 million people by autumn 2017, which is 55,6 million less compared to 2012. China has entered the path of steady progress.

The Nineteenth Congress of the CPC at the end of October 2017 re-elected Xi Jinping as the General Secretary of the CPC Central Committee. For five years, Xi Jinping put forward the plan “Chinese Dream” and began to fill it with concrete strategies: “new normality” in the field of economics, “governing the state by means of laws” – in public life, “one belt and one road” – in the field of international economic connections.

Thus, “reform and opening up” started by Deng Xiaoping in 1978 developed first into “socialism with Chinese characteristics”, and now at a qualitatively new level they open a new era for China – the era of the “great revival of the Chinese nation”.

By Boris Guseletov, Senior Fellow, The Institute of Europe, Russian Academy of Science

Boris Guseletov, Senior Fellow, The Institute of Europe, Russian Academy of Science
【70 Years Anniversary of PRC】Boris Guseletov: China’s Development Will Be Very Good in the Future
Sino-Russian Relations Soar to Unprecedented Hights
China and Russia in Central Asia: What Are the Common Interests？
China and Russia in Central Asia: Is Cooperation Possible and in What Areas?
Use Wechat scan the qrcode, then share to friend or feed.