Is the China-US Relationship Entering a “New Cold War” Period?

It’s impossible for the US be merciful to China, and China is certain to lower its expectations regarding cooperation with the US.

The current China-US relations are facing a unprecedented crisis when we are, ironically, approaching the 40th anniversary of the establishment of diplomatic relations. If appropriate measures are not taken in time by the two countries to control these disputes, we will see a real danger of new cold war, a fear shared by many people.

China-US relations are likely to enter a new cold war period for various reasons, including deep and fundamental problems which have proven difficult to solve for years, and shocks resulting from recent changes in the American political situation. 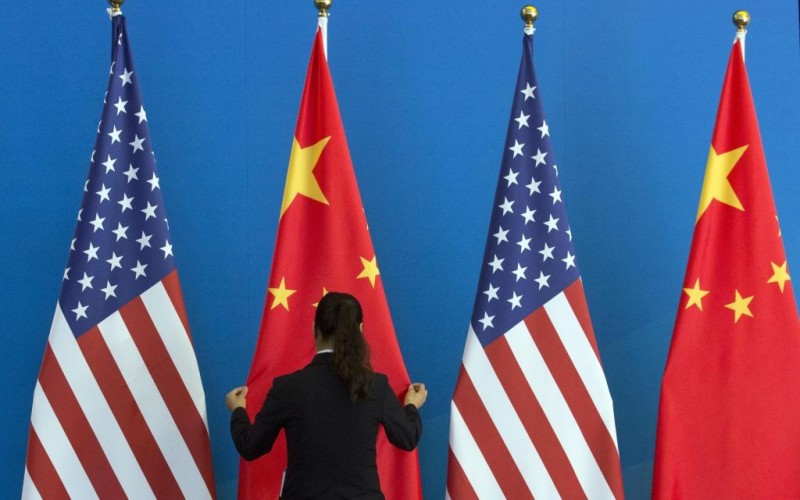 First, China-US fundamental contradictions are becoming more prominent, with intensifying strategic competition. Since the global financial crisis in 2008, with the rapid growth of China’s comprehensive national power and advance of its international standing, strategic competition between the emerging major power and the hegemonic nation has become fiercer. Due to differing statuses in the international system, it is inevitable that the two countries will put forward different views and proposals in terms of international order.

Along with intensifying China-US competition, the so-called Thucydides Trap is subtly influencing the mindset of the strategies of the US. Although China is trying to settle these contradictions by putting forward the establishment of a new model of major-country relations between China and the US, the US is negative about these efforts and even dismissive of them. In fact, the US considers China to be its biggest rival.

Difference in ideology is another factor that is intensifying the strategic competition between the two countries. Upholding liberalism and a strong sense of mission and superiority are pushing America to judge other countries’ political and humanitarian situations according to their own standards, and to try to change the world according to their own values. In recent years, mutual disputes and suspicion between the two countries has even been amplified.

China’s remarkable achievements gives its development mode a distinctive charm, and people have talked about the competition between Beijing’s development mode and its counterpart in Washington for a long period of time. China reiterates that strengthening the absolute leadership of the Communist Party has undoubtedly tugged the sensitive nerves of the Unites States. When people hear US President Donald Trump attacking the socialist system in a bold way in front of the United Nations General Assembly and when people hear the US Vice President Mike Pence’s accusations directed toward the Communist Party, it’s not difficult for them to notice how the ideological stereotypes of American politicians in regards to China impact their knowledge of China.

Great changes are happening in the US in terms of American domestic attitudes towards China. In the climate of increasing China-US competition, the US has been gradually losing its patience in regards to changes in both China’s domestic and foreign policies. From the American perspective, Chinese domestic political and economic reforms are stagnating or even going backwards, while its foreign policy is becoming more aggressive. 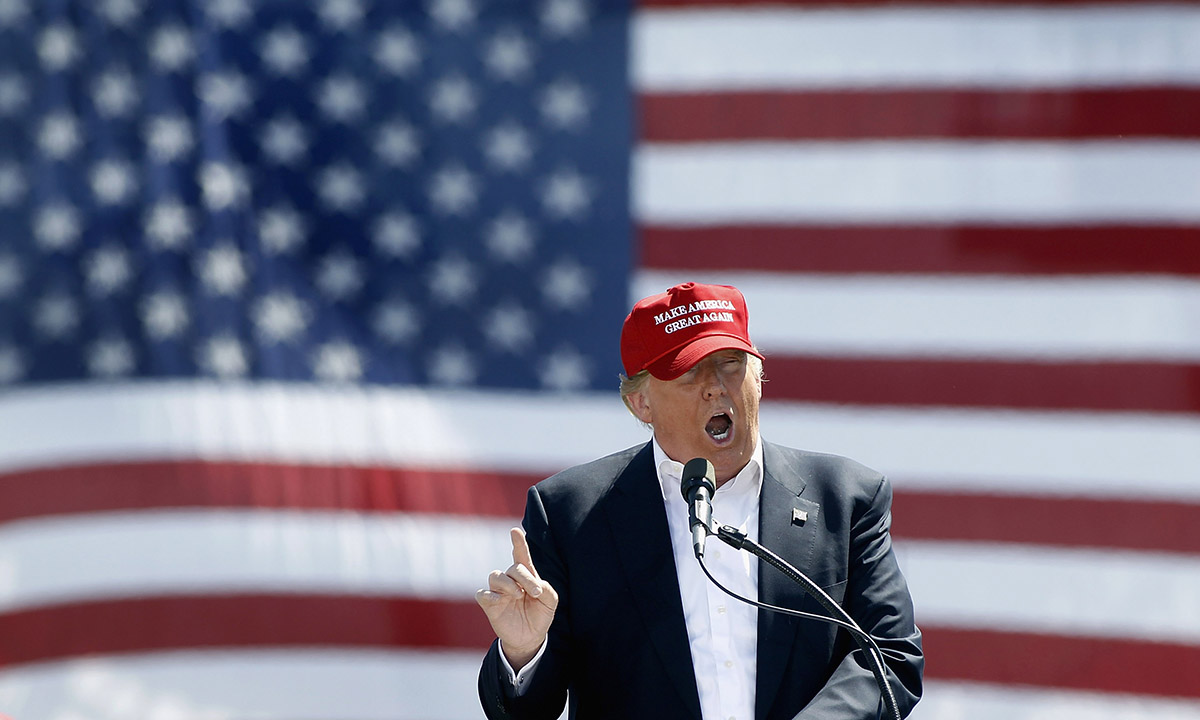 Facing China’s rise, American elites feel increasingly anxious and threatened. Quite a number of them think that the US should make great adjustments to its strategy towards China, for its current policy towards China hasn’t achieved the expected results— it hasn’t made China change as American expected. The Trump Administration is taking tough measures towards China, which to a certain extent conform to general American ideas about China.

However, some elites are discontented that Trump has initiated a trade war with China by imposing tariffs, for they think this conduct is not helping to alleviate the US trade deficit. They feel instead that such instigation will lead to a lose-lose scenario for both China and the US. But these elites show no opposition to the objective of Trump Administration’s tough policies toward China. Trump’s tough policies toward China meet the demands of his basic voters and can help the Republicans take the lead in the congressional midterm elections this year, and even take their advantage forward to elections in 2020.

Furthermore, under the background of the polarization of American domestic political views, setting up an outside opponent can help to distract the American people, nurture a beneficial ruling atmosphere for the US president and strengthen domestic cohesion in America. 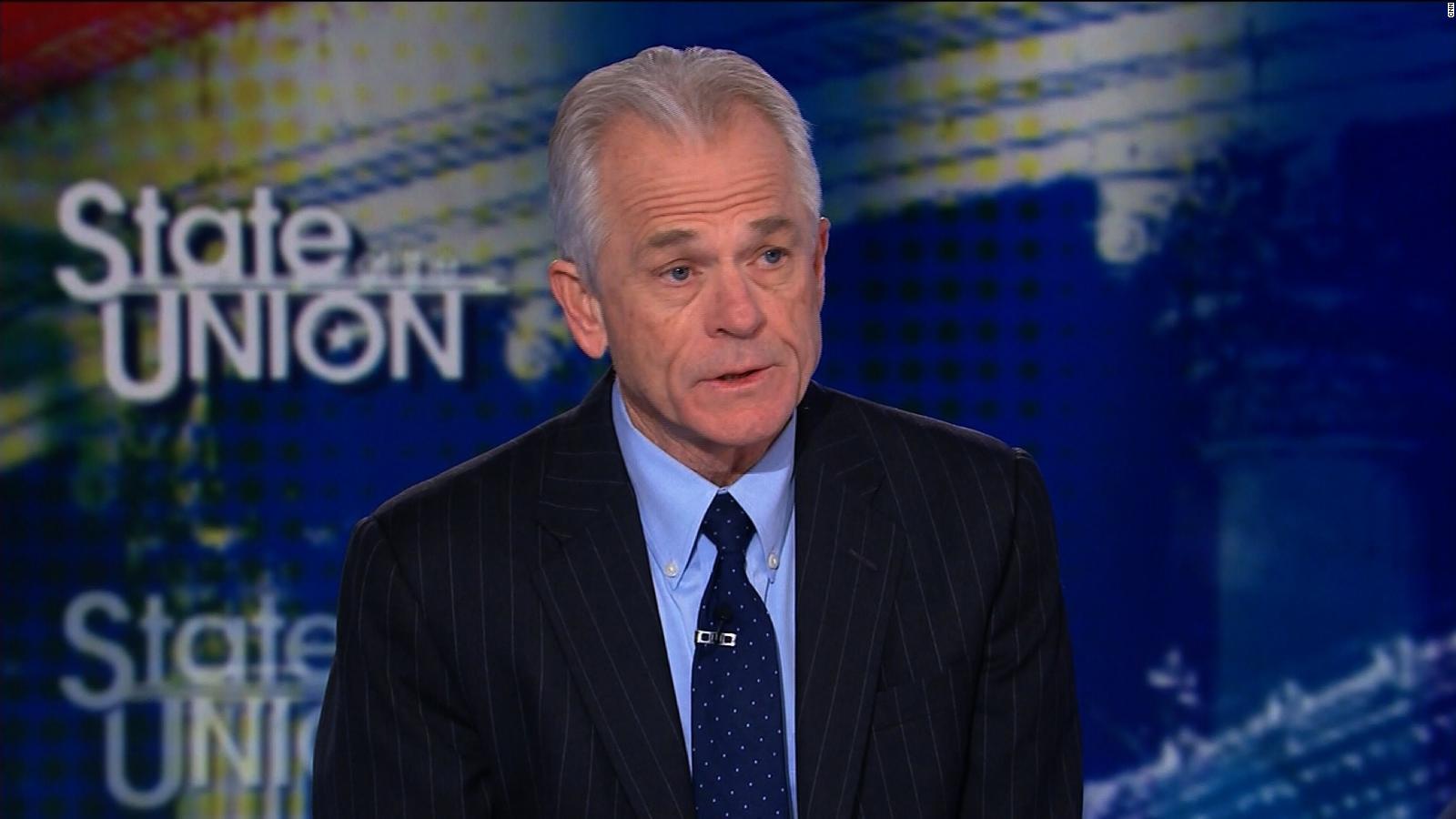 In terms of decision-making mechanisms, the current US strategy toward China is controlled by a small number of policymakers who are hardline extremists toward China. Therefore, the decision-makers are made up of just a few people under the leadership of Donald Trump.

Trump, an arrogant and capricious person, craves greatness and success and strongly upholds the concept of “America First”. Statesmen who are moderate toward China are either kicked out or marginalized. The US Treasury Secretary Steven Mnuchin is on the moderate side as is indicated by his trade decisions toward China.

However, trade representative Robert Lighthizer and White House consultant Peter Navarro are certainly in the center of the group taking a tough stance toward China. The hardliners take the lead because of Trump’s standing. The pro-establishment camp of the Republican Party has no option but follow the White House. Therefore, it’s hard for Congress to maintain balance as expected, and think tanks are marginalized to a large extent.

It is under such a backdrop that the US has announced major changes to its strategies toward China, hence China-US relations find themselves on the brink of a new cold war.

In terms of strategic positioning toward China, the US defines China as a “strategic rival” and “revisionist power”. The US says that “China and Russia challenge American power, influence and interests, attempting to erode American security and prosperity”. Although the US has repeatedly stressed that the purpose of the Trump administration is not to contain China, their actions directly contradict their words. Perhaps there are differing opinions in the US, but the Trump administration has already changed its policy toward China from its original idealistic strategy to its current aggressive and realistic strategy of toughness. 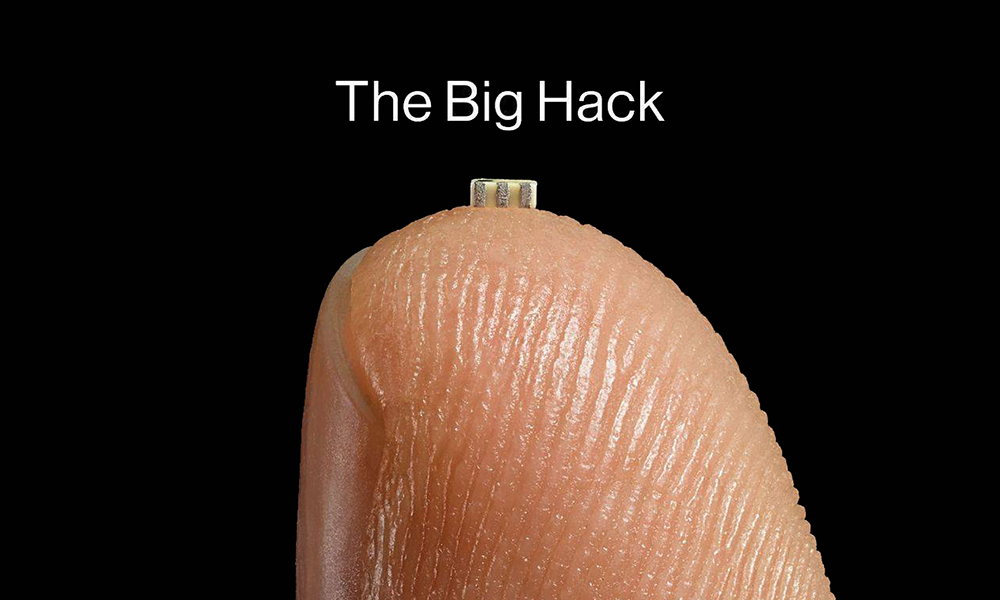 In terms of shaping public opinion, the US propagates the “China Threat Theory”, and uses the theory as an excuse to adjust its strategy toward China. The US initially put forward the concept of “sharp strength”, accusing China of attempting to erode Western values and intervening in various fields of cultural freedom in Western countries.

From the American perspective, the US shows its soft power while China shows its sharp strength in taking the same measures. McCarthyism is rising under the swaying of public opinion instigated by American officials. Confucius Institutes have suffered heavily from that. The US Department of Justice has required Xinhua News Agency and China Global TV Network (CGTN) to register as “foreign agencies”. Some Chinese students in the US and visiting scholars have been considered Chinese spies, and even harassed by related departments. 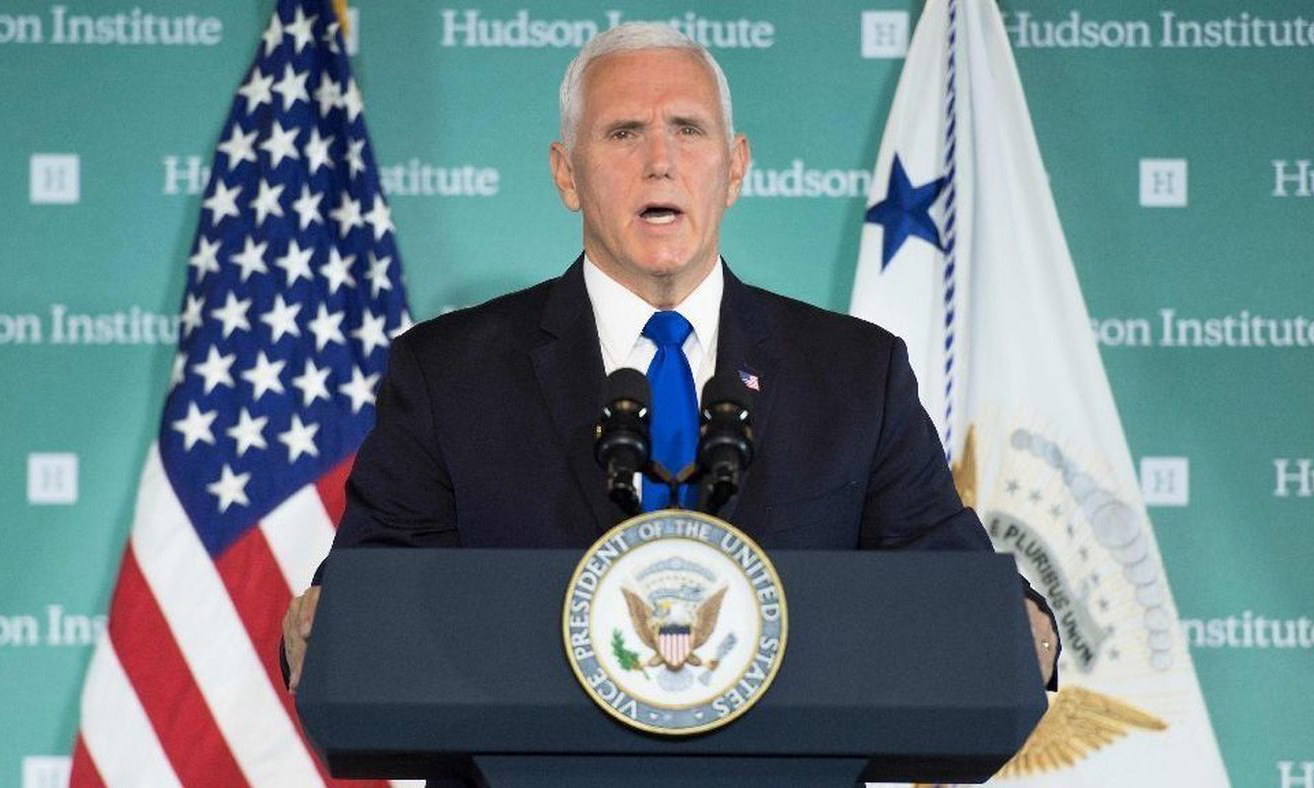 Some in the US media have made groundless accusations that China has implanted spy chips in Apple and Amazon products. Some pro-Beijing people are tagged as “panda-huggers”, who have been accused of being bribed by China and misleading the direction of American policymaking. In addition, Mike Pence has condemned China for intervening in the U.S. mid-term election and has exaggerated the sayings in his speech with a strong sense of a cold war mindset.

In specific policies, the Trump administration has applied comprehensive pressure on China, leading China-US relations to face a new choice in terms of direction going forward. The China-US trade war has come about from accumulated bilateral trade disputes between the two countries, and marks a turning point for the US as it makes great changes regarding its strategy toward China. Although economic and trade cooperation has long been considered to be the foundation of China-US relations, the Trump administration still upholds protectionist policies, and applies stricter restrictions on Chinese investment in the US in accordance with the America First principle.

In fact, trade is not the only aspect of pressure the US is exerting on China. The US aims to limit and contain China by promoting its Indo-Pacific strategy and increasing military deployment in the western Pacific region. On the Taiwan issue, the US recently made great efforts to give Taiwan separatists more support in their efforts to gain independence from China, such as through congressional legislation, personnel exchange and selling weapons to Taiwan. What’s more, the US frequently conducts so-called “freedom of navigation” exercises in the South China Sea, which are highly provocative.

In conclusion, contradictions and disputes between China and the US in global governance and regional security are growing increasingly prominent, causing a greater amount of mutual censure. Facing multi-faceted pressure exerted by the US, Chinese decision makers are evaluating the strategic intentions of the US and responding as needed.

In a short term, no fundamental changes are set to occur in the general framework of both competitive and cooperative China-US relations. In the long term, competition between China and the US is sure to become more intensified and become the dominant aspect of bilateral relations. Over the medium to long term, there are many uncertainties in regards to bilateral relations, which mainly depend on the strategic interactions between the two countries, American strategy toward China, China’s strategy and orientation and domestic attitudes in the two countries.

However, China must prepare for the worst possible situation while striving for the best possible results. The China-US relationship will not be like it used to be decades ago. What we can do now is to make new adjustments in the face of this new situation, so as to achieve new balance in relations. It’s impossible for the US be merciful to China, and China is certain to lower its expectations regarding cooperation with the US.

In fact, what people are afraid of is that China-US relations become indifferent after the two countries respectively adjust their strategies and divide their interests. People are worried that should such a situation arise, China and the US would be likely to build two parallel political and economic groups, and carry out multidimensional malicious competition, entering the stage of a new cold war.

The author is a senior fellow and director of American foreign policy studies, the Institute of American Studies, Chinese Academy of Social Sciences.

The author is a senior fellow and director of American foreign policy studies, the Institute of American Studies, Chinese Academy of Social Sciences.
Halt of Trade War Creates Opportunities for China-US Negotiations
Use Wechat scan the qrcode, then share to friend or feed.