President Xi’s Speech Declares the Start of the New Era

China Focus has conducted interviews with several experts in different fields. They cover a host of to pics, including the military, diplomacy, environmental protection, and Mainland-Taiwan relations….

The following is an edited version of their views on Xi’s speech: 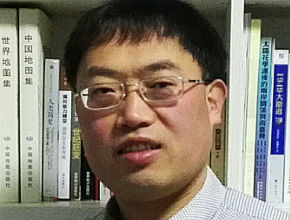 President Xi Jinping’s speech emphasized the key principles of the mainland’s attitude to the Taiwan question that is “gentle with Taiwan compatriots, firm with secessionists”.

On the one hand, Xi reinforced the consistent policy of keeping faith with the Taiwan people by expanding economic, social and cultural exchanges between the mainland and Taiwan, to enable more Taiwan compatriots to share the mainland’s historic development opportunities. This sharing will naturally enhance their commitment to the idea that the mainland and Taiwan belong to one China, and their opposition to the campaign of secession. It will promote the reunification of the motherland, and join them with their mainland compatriots in following the historic trend of national reunification and national rejuvenation.

On the other hand, Xi also expressed firm conviction and complete determination to fight against all secessionist forces and uphold national reunification. In his report to the 19th CPC National Congress, Xi proposed “six red lines”: “We will never allow anyone, any organization, or any political party to split any part of Chinese territory out of the country at any time or in any form”. Again during this keynote speech, Xi once again declared his unwavering commitment to the strong sense of historic responsibility and the unshaken political conviction of the CPC leadership towards the Taiwan question. It was clear that President Xi’s intense words were aimed at the US, at a time when it has recently taken a series of irresponsible actions over Taiwan, giving succor to separatists. 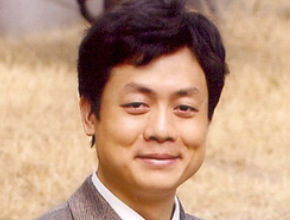 President Xi Jinping’s keynote speech declares the start of the new era and the resolve of his new tenure.

Xi restated the grand design of building China into a great modern socialist country and the dream of realizing the Chinese Dream of national rejuvenation depicted in the report of the 19th CPC National Congress in his speech. He also emphasized the courage and the resolve of the CPC, which will impose stronger and more practical measures to reach these ends, will absorb the spirit of innovation, endeavor, solidarity, and pursuit of the dream which is created by the 5,000 years of Chinese uninterrupted civilization, and will unify and lead the Chinese people to create, establish,and witness the new era.

At the same time, China will continue to promote the Belt and Road Initiative, enhancing exchanges and cooperation with countries around the world, and enabling humanity to share in the benefits of China’s reform and development. China will strive to contribute more Chinese wisdom, Chinese solutions and Chinese strength to the world, to push for building an open, inclusive, clean, and beautiful world that enjoys lasting peace, universal security, and common prosperity. 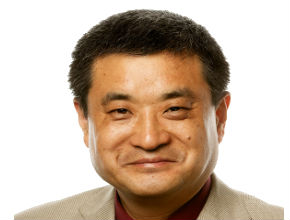 NPC deputies and CPPCC delegates, attending the closing meeting of the recent annual sessions, responded with enthusiasm when President Xi Jinping referred to condemnation by the Chinese people and punishment from history when emphasizing China’s ability to defeat all separatist activities in his keynote speech.

President Xi said: “In the past, when China was still poor and weak, its people all hoped that once China had become a powerful country, obstruction to national reunification from the outside world would lessen. However, even as China’s national power and economic aggregate rise and grow stronger, conflict over sovereignty rights in Taiwan, the East China Sea, and the South China Sea have not lessened.”

XI’s speech once again clearly and accurately demonstrated to the outside world the resolution and conviction of the Chinese government over these issues. These statements serve as an admonition to forces and individuals who attempt to constrain China’s sovereignty, impair its interests, and damage its unity; they are also a powerful encouragement to people and powers who aspire to safeguard Chinese interests and contribute to the full reunification of China. Protecting China’s sovereignty and interests and striving for national reunification are components of the ideas of justice and mutual benefit that China upholds in the course of interacting with all foreign powers. They set an explicit bottom line for China’s foreign relations.

Political Work is the Lifeline of the Chinese Army 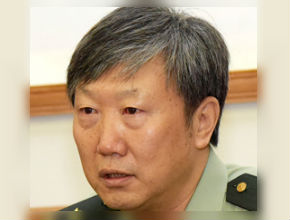 At the closing meeting of the 2018 NPC and CPPCC sessions, President Xi Jinping, who is concurrently General Secretary of the CPC Central Committee, noted that the CPC should strengthen Party leadership over the military and the building of the armed forces. This shows the importancethat the central committee of the CPC gives to China’s military capabilities. Strengthening the army’s all-round capabilities and the leadership of the Party are traditional and consistent working principles of the Chinese army.

Since its foundation in 1927, the Chinese army has been endowed with a series of specific missions. The People’s Liberation Army of the PRC is an armed force for executing political missions under the leadership of the CPC. Its ethos is to implement the Party’s political line. Political loyalty is the mission and the duty of the armed forces.

Political work is the lifeline of the army. Only by following the correct political route can the Party realize the absolute leadership over the armed forces, and ensure that the armed forces always serve the people.

Reform and Opening-up also raises new requirements for the modernization of the army. As the form and demands of warfare changes, military capabilities should change too. Only a compact, effective, and modularized army can respond to the needs of modern warfare.

Also, it is a must for the army to integrate operational command so as to create joint combat forces. Therefore, only by strengthening Party’s absolute leadership over the army can the armed forces be integrated and meet the demands of modern warfare.

Modern reform is not always a smooth process; it involves managing competing interests. Hence, it is essential that we implement reform from the highest level to fully raise the combat capabilities of the army, to ensure rapid operational command, and to deliver commands in a more appropriate and effective way.

To reach this goal, we must abandon discrete interests and defer to the interests of the whole, so that the armed forces can realize joint operations and integrated operations. Developing the army must run in accord with the general goals of national defense.

Technology is the root of a powerful army. Modern warfare has arrived in an era of unmanned aerial vehicles and fighting robots. Without the support of well-rounded, high-tech, and scientific research and development abilities, it will be impossible to build a powerful army and to achieve victory inmodern warfare.

The rule of law is the soul of a powerful army. Without rule of law, it is impossible for the army to achieve modernization. In modern warfare, if an army does not obey rules and regulations, it will result in chaos on the battlefield. A modernized army must have strict discipline; otherwise, it cannot win. 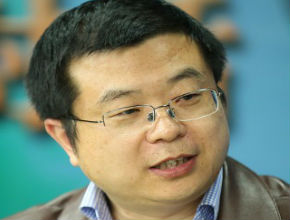 President Xi Jinping gave a keynote speech at the recently closed annual session of the 13th National People’s Congress. This speech was a solemn oath forhis new tenure, and another iteration of the future direction of Socialism with Chinese Characteristics for a New Era. His speech gives us a glimpse into the general policies of China in the coming 5 years.

In terms of diplomacy, building a Global Community of Shared Future and the Belt and Road Initiative are still key points of China’s diplomacy in the coming 5 years.

First, China will keep to the path of peaceful development and continue to pursue a mutually beneficial strategy of opening up. This is a brand-new path of development, which abandons the stereotype whereby a country that has become powerful will inevitably seek hegemony. This path offers a new option for other countries and nations who want to speed up their development while preserving their independence;

Third, China will continue to participate proactively in construction and reform of the global governance system, and to offer Chinese wisdom, Chinese solutions and Chinese strength to the world on the basis of upholding the existing international order.

The Belt and Road Initiative provides a broad platform and is a key driver in building a Global Community of Shared Future.

On the one hand, the Initiative is highly open and inclusive. It connects the fate and future of China with countries along the Road – whether large or small, all can secure mutual benefit from cooperation.

On the other hand, the principle of the Initiative – achieving shared growth through discussion and collaboration – is a significant breakthrough in the idea of global governance. Rather than the hegemony of imposing one country’s will on others, this principle can truly realize the goal of equality of all countries involved, and can help to build an open, inclusive, clean, and beautiful world that enjoys lasting peace, universal security, and common prosperity.

By Liu Zuokui, director of Institute of European Studies of Chinese Academy of Social Sciences 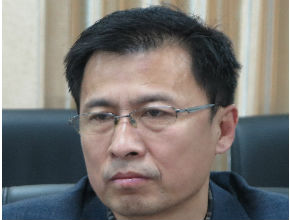 First, unwavering conviction: Xi advocated that an ecological civilization should be propelled by a more practical attitude and more powerful measures, so as to make our lives more beautiful and make our means of production and our living greener.

Second, a more resolute attitude and clearer goals: The government’s next step will be building an ecological civilization to realize three goals – clearer skies, cleaner waters, and greener mountains. The overall objective is to make our environment more beautiful.

Third, the core path of developing the ecological environment: Xi called on all Chinese people to participate in changing their working and living habits to make them greener; he called on the whole of society work together to build an ecological civilization.

You May Like
The Fantasies of Nancy Pelosi and the Real World
“Taiwan Independence” Fantasy
Veni? Yes. Vidi? Yes. Vici? No
One Country, Two Systems
What Exactly Is the U.S. Hinting At?
Time to Match Words with Deeds
Washington’s War Drums
Unfounded Call for Taiwan’s UN Representation
Use Wechat scan the qrcode, then share to friend or feed.