The three typical scenarios of 5G will remove limitations on speed of previous generations of mobile communications and enable users to enjoy faster internet access while using less energy and experiencing lower latency.

The three typical scenarios of 5G will remove limitations on speed of previous generations of mobile communications and enable users to enjoy faster internet access while using less energy and experiencing lower latency. In some cases, 5G will leave imaginations behind. Moreover, 5G has six basic features that make it superior to its predecessors:

The most obvious difference users feel with every generational change in mobile communications is the increase of speed. Compared to its predecessors which measure speeds with MB, 5G can provide an average download speed of 1Gbps, with a peak speed of 10Gbps. After 5G technology is widely applied at intelligent mobile terminals, users’ internet experience will be considerably enhanced. It is noteworthy that alongside cell phones, the 5G network will also support the eMBB scenario. Currently, a variety of terminals for this scenario are under development, which will foster new market opportunities and operational mechanisms.

Higher internet speeds can also generate new business opportunities. For example, the VR industry is expected to achieve breakthroughs in the 5G era. At present, most VR experiences are less than satisfying. An important reason is speed limitations. The arrival of the 5G era will bring a great opportunity for the development of the VR industry.

Only a ubiquitous network can support increasingly enriched services and scenarios. For example, underground parking lots are usually void of mobile signals. Although inconvenient, it remains tolerable today. When automated driving is the norm, self-driving cars would not be able to operate in underground parking lots without mobile signals. Therefore, a pervasive network is necessary.

Ubiquitous networking means full coverage in both width and depth. Full coverage in width means signals should reach any area with human activity including high mountains and deep valleys that previously didn’t need networks. Intelligent transportation and other services all need a stable, reliable network. Moreover, with a 5G network, numerous sensors can be deployed to monitor the natural environment, air quality, changes in topography and even hints of earthquakes.Full coverage of depth refers to high-quality signal coverage.

In the 5G era, places like toilets and underground parking lots that used to lack mobile signals will be covered by high-quality mobile networks. In the future, flush toilets at homes could perform urinalysis and upload examination results to the cloud. With the help of big data, sensors could identify your physical conditions and help you improve health. This application will become an important component of future intelligent health management system and play a significant role in improving human health.

To some extent, ubiquitous networking is more important than high data transmission speed. Prior to the 4G era, people often encountered no signals or weak signals when using their cell phones. This was because the mobile communications network mainly used high-power macro base stations of immense sizes, which cannot be deployed very densely. In the 5G era, micro base stations will be gradually built to cover peripheral areas that are inaccessible to macro base stations, thus making a ubiquitous network possible. When the day comes, all smart terminals will be able to break limitations in terms of time, location and space, and signals will be accessible in every corner of the world.

With the constant development of technology, network speed is becoming faster and faster, but the power its equipment consumes is also increasing accordingly. To support massive IoT applications, 5G must take this factor into account.

A prominent example is wearable devices. Despite their rapid development in recent years, wearable devices still face many bottlenecks, one of which is high energy consumption causing an unsatisfying user experience. In the future, all IoT devices will need mobile networks and power. Most will be powered by batteries. Therefore, it is necessary to reduce their energy consumption to lengthen working durations. The goal is to enable most IoT devices to require recharging only once a week or even a month to enhance user experience and make them indispensable in daily life.

Devices with low energy consumption are widely needed. River water quality monitoring is one example: If monitoring sites are set up at an interval of several to dozens of kilometers along the river, results might be inaccurate and locating pollution sources would be more difficult. However, it will be costly to set up a large number of traditional monitoring sites.

The only solution is to build low-cost monitoring sites with an enough density to return data in a timely manner. With the help of low energy consumption technology, monitoring sensors that need battery changes only once every six months can be embedded along the river, which will cut maintenance costs.

To meet the demands of those scenarios, the 5G network must offer ultra-low latency. Technologies such as edge computing are predicted to be applied in the 5G network, enabling it to achieve latency lower than one millisecond. The ultra-low latency of 5G will definitely boost the development of self-driving cars and the Internet of Cars.

In 2017, China’s first low-altitude digital aviation innovation base was unveiled in Shanghai. The base is equipped with both 4G and 5G networks and aims to explore the possibility of building an “air corridor” through low-altitude aviation tests. Thanks to broader bandwidth, higher speed and ultra-low latency of 5G, drones can achieve more accurate control and immediate communication.

Another key area for low latency application is industrial control. A running numerically controlled machine tool must stop immediately when it receives a stop command. If not, it cannot produce high-precision components. With the help of low latency technology, the machine tool will be able to respond as soon as relevant commands are sent to ensure the precision of the components it produces.

The basic mode of mobile communications is cellular communications. Currently, each base station can only connect 400 to 500 cell phones simultaneously. The International Telecommunication Union (ITU) expects the 5G network to support a million connected terminals per square kilometer. Ericsson forecasted that by 2020 there will be 50 billion connected devices around the world. It is estimated that China alone will have 10 billion connected mobile terminals by 2025.Such predictions are based on two reasons: First, in the 5G era, each person or family will have several terminals. A variety of intelligent devices will emerge and become interconnected via the 5G network to form a real intelligent IoT. In the future, the mobile internet will be ubiquitous. 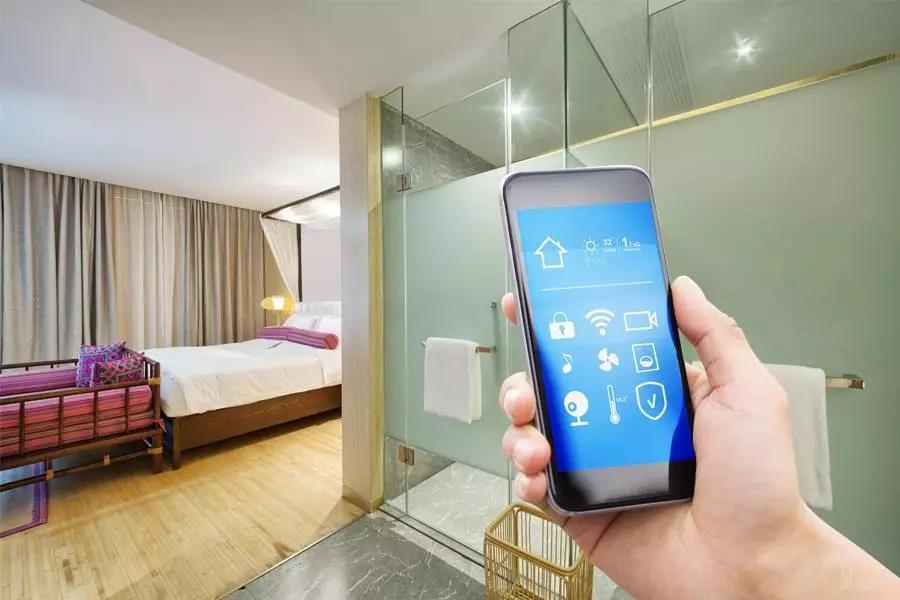 Statistics show that by 2018 the number of connected mobile terminals had reached 1.5 billion in China, of which the majority were cell phones. In the 5G era, the majority of connected terminals will be various articles for daily use such as glasses, stationery, briefcases, waist belts and shoes. Almost all home appliances such as intelligent door locks, air purifiers, humidifiers, air conditioners, refrigerators and washing machines will be connected to the mobile internet and share data with each other.

Second, some previously unconnected devices such as automobiles, manhole covers, street lights and dustbins will be connected to the internet and work in a smarter way. 5G will enable those devices to become intelligent. Moreover, many new intelligent products will emerge to make life more convenient.

For instance, smart indoor environment devices will be able to monitor air quality at homes, and control air purifiers, air conditioners and heaters according to monitoring results. In the future, perhaps all devices including wearable widgets will be able to connect to the mobile network, forming a powerful database and achieving the seamless integration of virtuality and reality. This will usher people’s lives into a new intelligent era.

The Internet of Everything will also create massive market opportunities. With the expansion of the 5G network, the number of connected devices will increase to hundreds of million to more than 10 billion. As data collecting terminals, those devices will greatly enhance the mobile network’s service capacity, based on which cloud platforms and artificial intelligence will see further development.

The traditional internet focuses on issues such as data transmission speeds and unimpeded communications, with “freedom, openness and sharing” as its core values. The 5G-based intelligent internet will have more diverse functions and focus on building a new social and living system. For this reason, its core values are identified as “safety, order, efficiency and convenience.”Safety is the paramount requirement of the intelligent internet. In the 5G era, human society will face grave threats if the cyberspace safety system isn’t reshaped. If automated driving is easily hacked, self-driving cars could be hijacked as depicted in some sci-fi movies. Similarly, users’ personal information and safety will be exposed if intelligent health systems and smart home systems are hacked. Imagine the world such connectivity but without proper safeguards.

With the arrival of the 5G era, the traditional internet protocol suite–TCP/IP–will face challenges. The traditional internet features a weak safety mechanism with data largely transmitted without encryption. This situation cannot continue in the era of the intelligent internet. With large-scale deployment of 5G, more safety problems will emerge. All countries in the world should work together to form a new cooperation mechanism to cooperatively organize a new cyberspace safety system.

The author is a renowned observer of China’s telecommunications industry, a mobile internet theorist, director-general of Zhongguancun Information Consumption Promotion Alliance, and a guest professor at Century College, Beijing University of Posts and Telecommunications. This article was excerpted from the book with permission.https://item.jd.com/12519209.html